The Englishman is still only 31 but it's been more than a year since the former Man City, Chelsea and Liverpool striker last played a competitive game

It has been more than a year since Daniel Sturridge last played a game of professional football – 55 minutes of Trabzonspor’s 2-2 Super Liga draw with Besiktas on February 22, 2020.

Since then, he has been busy hitting the gym, hanging out with Oscar-winning actors and, most notably of all, not returning to professional football.

Two of Sturridge’s former clubs, Manchester City and Chelsea, will compete in Saturday's Champions League final, a competition the 31-year-old has won twice – yet now he feels further away from the top of the game than ever.

Of course, Sturridge was at Manchester City during what feels like a different universe for player, club and football as a whole. He made his Citizens debut in February 2007, as a sub replacing Georgios Samaras; this was City pre-petro-dollars.

He became a regular in the 2008-09 season, after the Sheikh Mansour takeover, and partnered Robinho up front several times. However, amid a period of great upheaval for the club, he was allowed to leave at the end of his contract.

Sturridge joined Chelsea for a tribunal fee, which with various clauses that he met resulted in Man City eventually being paid £8.3 million ($11.8m). He top-scored in the run to FA Cup victory in his first season before being loaned to Bolton in January 2011 and it was back in the north-west of England that he really showed his Premier League potential with eight goals in 12 matches.

However, Sturridge returned to Chelsea at a time of great upheaval – Andre Villas-Boas, Roberto Di Matteo and Rafa Benitez all served as manager in his final 18 months at Stamford Bridge.

He was able to pick up a Champions League medal as an unused sub in Munich, but injuries, suspensions, managerial rotation and being played out of position eventually led to his departure. 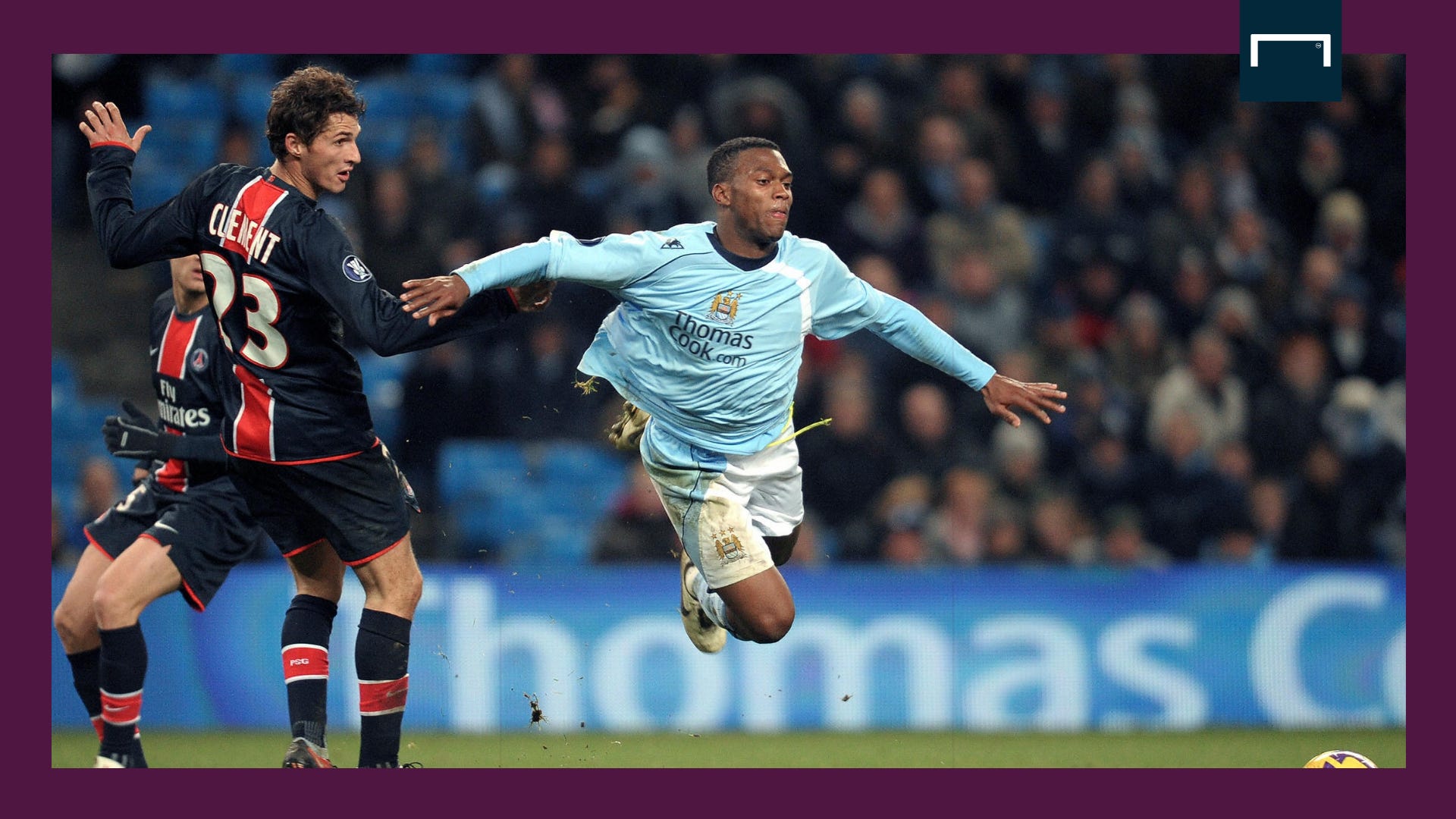 In January 2013, he moved to Liverpool for £12m ($17m) and looked to be on his way to superstardom. Sturridge scored on his club debut in the FA Cup, then in his Premier League bow against Manchester United.

The 2013-14 season then seemed to cement him as one of the world’s best strikers – 21 goals as part of his deadly partnership with Luis Suarez, followed by a place in England’s squad at the 2014 World Cup, scoring against Italy in their opening game. It was at that point, though, that things began to go downhill.

A thigh injury picked up on international duty, followed by calf problem and another thigh complaint picked up during his attempted recovery, kept him out for five months. After returning, a hip injury required a specialist operation over the summer. Notably, his website has his playing history for every season up to 2014-15 – then none after.

In 2015-16, new flavours of knock included knee and hamstring problems – although he did finish the campaign as Liverpool's top scorer with 13 goals and having reached the Europa League final.

By this point, Brendan Rodgers had been replaced as manager by Jurgen Klopp, who, having not seen the best of Sturridge, chose to replace him in the starting XI with Roberto Firmino.

Remarkably, Sturridge would spend another three seasons at Liverpool, fulfilling a role as occasional understudy. He even picked up another Champions League medal as an unused sub in 2019 – the first Englishman to win the cup with two different clubs, despite having played no minutes in either final.

After his release from Liverpool, things have taken an odd turn. He went to Turkey with Trabzonspor and found his goalscoring touch was still there, with seven goals in his first 16 games.

However, a foolish decision to advise his brother to bet on him potentially moving to Sevilla came to cost him. Sturridge was banned from the game for breaking betting rules, for four months, and his Trabzonspor contract was terminated.

The coronavirus pandemic descended on the wider world at around the same time, but when football resumed, Sturridge was still nowhere to be found in the game. With tightened financial constraints on many clubs, surely a proven striker on a free transfer would be an enticing prospect? 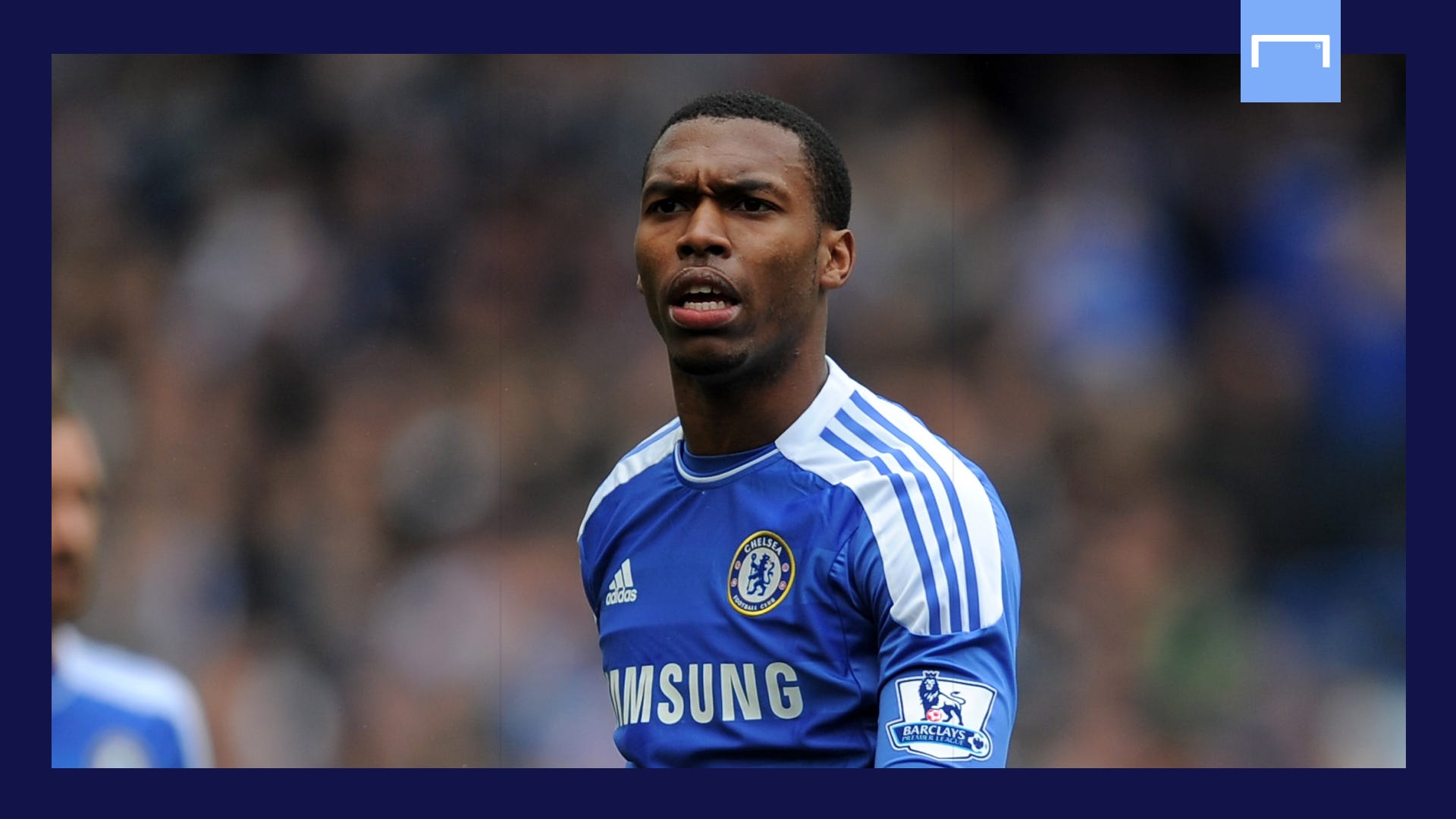 While still seemingly keen to return to the game and keeping himself in good shape, there is no doubt that injuries are taking a serious toll.

He told the Independent last October: "I saw a quote from [Marco] Reus the other day saying he'd pay any amount of money to just play injury-free or never be injured.

“I'd do the same. I would pay any amount of money. I already spend loads of money outside of the physios at work to do extra stuff to ensure that I can be as healthy as possible.

"Hundreds of thousands to make sure that my body can be in the best shape possible. Sometimes, you can put the hours in, you can do everything, but it is just bad luck."

There has also been the dognapping saga, where in 2019 his house in Los Angeles was burgled and his pet, Lucci, stolen. It resulted in tabloid headlines, a strange parody rap from Sturridge himself, and at the time of writing, the man who claims to have found the dog is reportedly suing Sturridge for not paying him a reward.

Dog trouble aside, Sturridge seems comfortable with the free agent life, hanging out with Daniel Kaluuya among others in LA.

At 31, a typical Premier League striker would be at the peak of their career, but having played for three of England’s biggest clubs, won two Champions Leagues and represented his country at a World Cup, Sturridge could be forgiven for viewing his football days as completed.

It seems unlikely a club the size of Man City, Chelsea or Liverpool would sign him again. So, will we see Sturridge back in the Premier League at a relegation-battler, or playing in MLS or China? Don't bet on it.