The Reds were in flux 10 years ago, far from the European force of present and few players sum up this low point more than the Serbian forward

Few people will look back at 2020 with any great fondness. However, among the exceptions will be Liverpool fans. It was the year in which their club claimed a first English league title since 1990.

It is easy to forget that just 10 years ago Liverpool was a club spinning its wheels, stuck in Premier League mid-table hell under a succession of failing managers and bogged down by history and pressure.

Players came and went through the gates of Anfield, heralded as the next big thing but failing to leave an impact. No player sums up this time of flux more than Milan Jovanovic. He was signed by Rafael Benitez, he played under Roy Hodgson, he was sidelined by Kenny Dalglish and he was let go after just one season.

Jovanovic's tale is a sorry one, even more so for a player once called one of the world’s best – admittedly by a character on television soap opera Neighbours.

Jovanovic was Liverpool’s first signing ahead of the 2010-11 season, arriving on a free transfer following his involvement in Serbia’s World Cup campaign in South Africa.

There was initial doubt over his move, as negotiations had begun under previous manager Benitez, and there was talk that the Spaniard would try to lure Jovanovic to new club Inter. Liverpool would later wish that rumoured San Siro switch had actually come to pass.

Despite being 29 and having previously played in Belgium for Standard Liege, Jovanovic appeared to be quite the coup for Liverpool. He had turned down Real Madrid in order to move to Anfield. 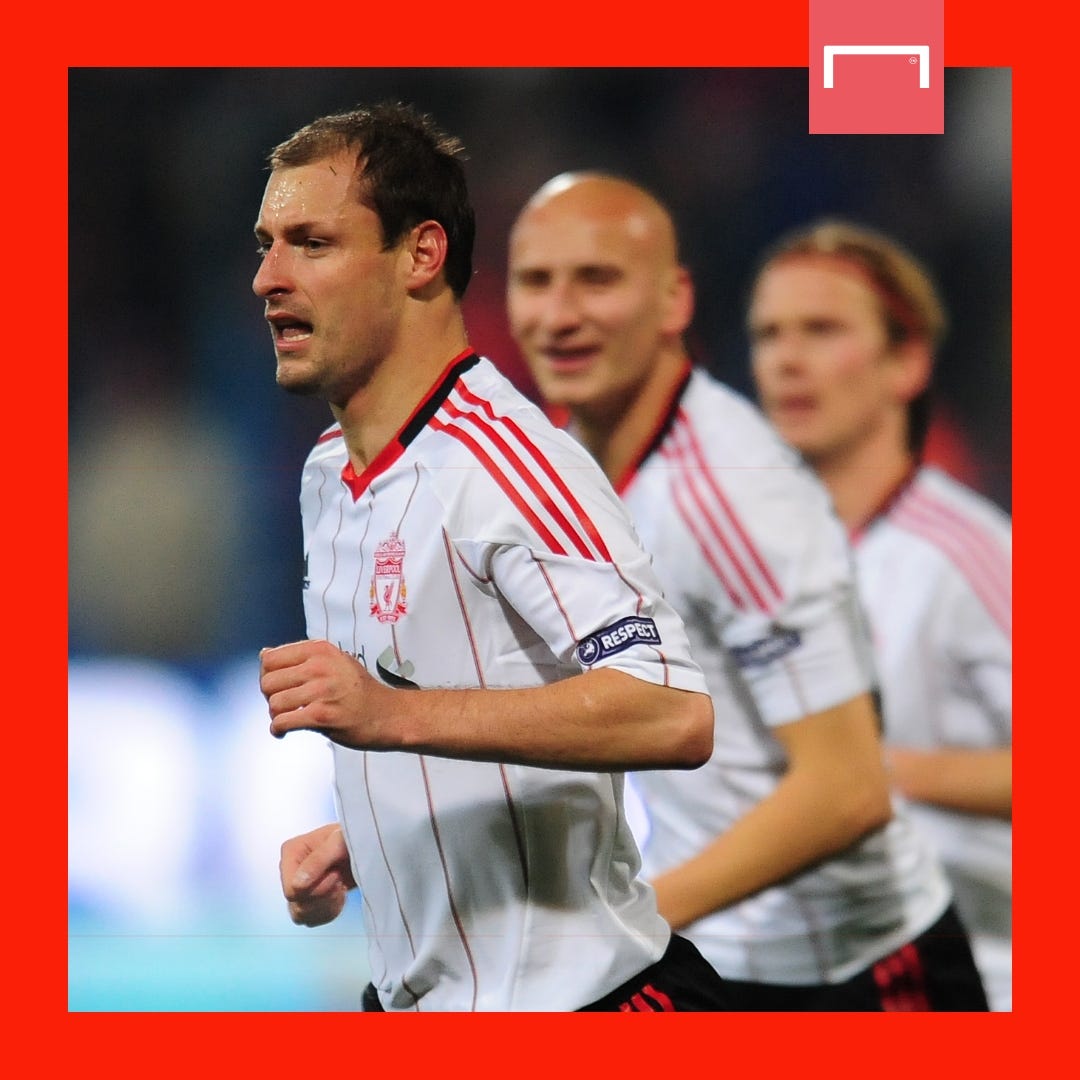 Jovanovic explained in his introductory press conference that Real had only offered a one-year deal and he wanted regular first team football. Unfortunately, a lack of game time and a 12-month stay would be exactly what he found at Liverpool.

There were early warning signs, notably Jovanovic initially being given the No.10 shirt only to switch to No.14 after new manager Hodgson signed Joe Cole – a player who, like the Serbian, was an experienced forward capable of playing across the attacking midfield positions.

Jovanovic did feature in the early parts of the 2010-11 season, making his Premier League debut against Arsenal at Anfield, and scoring his first Liverpool goal in their League Cup clash with Northampton.

The Northampton match would go down in infamy for Liverpool, however, as they lost at home to the fourth-tier side, going out 4-2 on penalties following a 2-2 draw.

“Catastrophe. I am so disappointed. What can I say? It was a very difficult night for me, for all the players and the team. Of course we feel sorry for the fans," Jovanovic said after the game.

"We know this is not Liverpool. It is very bad. I am so surprised by the performance. I have not got enough experience of English football but I didn’t expect this.” 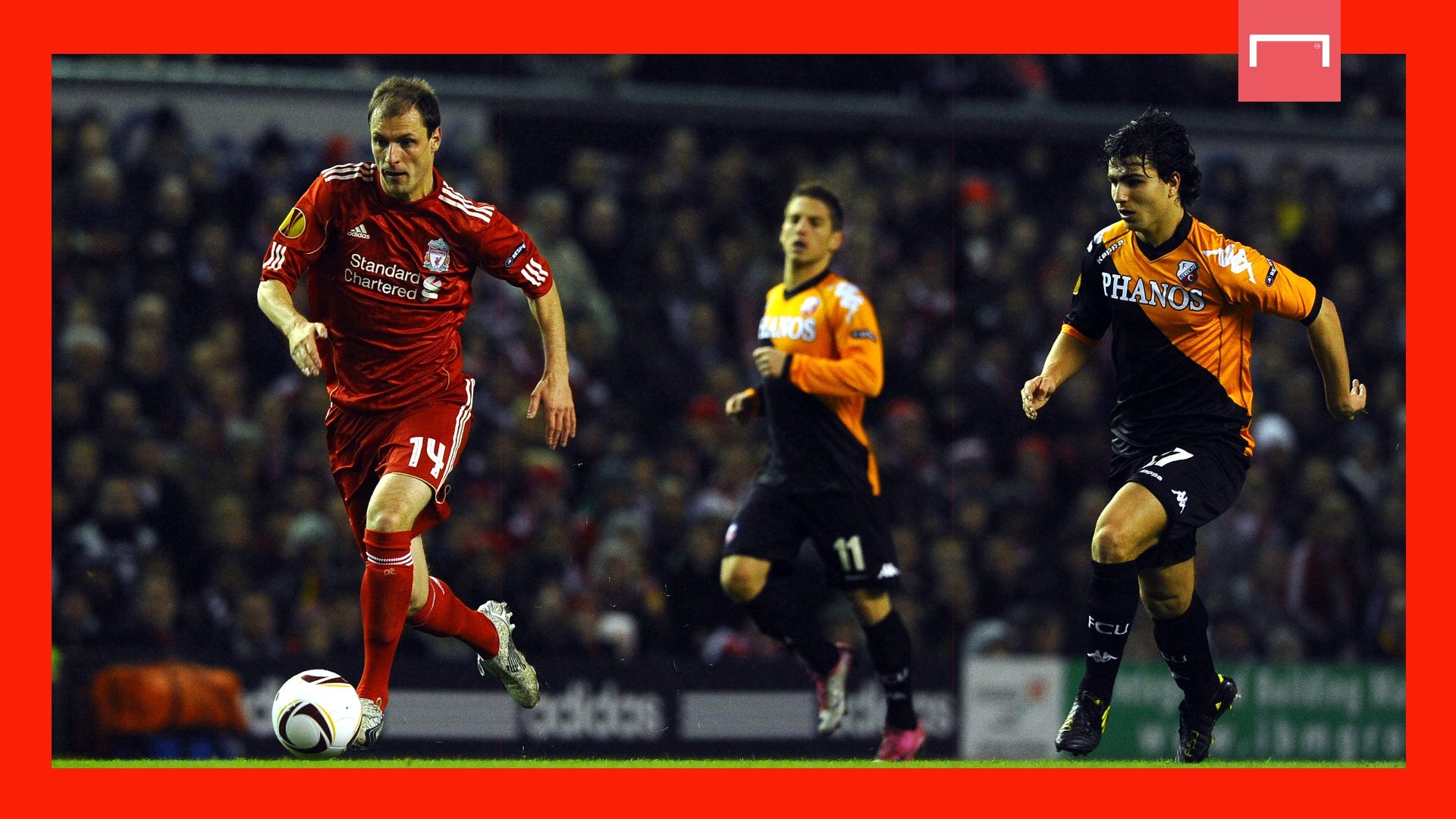 Experience in English football was not something Jovanovic would ever acquire. Other than Northampton, he played 90 minutes only five times for Liverpool, including only twice in the Premier League – a 0-0 draw at Birmingham and a 2-1 defeat to Blackpool.

After Hodgson left by mutual consent on January 8, 2011, to be replaced by club legend Dalglish, Jovanovic played only twice more – the Blackpool loss, and 18 minutes of a 1-1 draw with Wigan. Of 19 games under Dalglish in 2010-11, Jovanovic was not even on the bench for 16 of them. He played 10 Premier League games that season, and did not score a single goal.

Liverpool had appeared at one stage ready to persevere with Jovanovic – reportedly turning down a £6 million ($8m) bid from Wolfsburg in January – yet the writing was on the wall once Dalglish made his position clear, and almost a year to the day after leaving Belgium for England, Jovanovic made the return trip as he signed for Anderlecht.

The failure at Liverpool derailed Jovanovic’s career, and after two years at Anderlecht he was released and never played for a professional club again – on the scrapheap aged only 32.

However, while Jovanovic may be forgotten by many Liverpool fans, he lives on in the minds of Australian TV drama fans. In October 2011, a character in Neighbours described the winger as “one of the greatest footballers in the world” during a conversation about the beautiful game.

Whether an example of a scriptwriter not performing forensic levels of research into European football, or a case of Australia’s lukewarm love of the sport compared to rugby or cricket, it nevertheless provides Jovanovic with a moment of notoriety sorely lacking from his stint in the Premier League.

The future of Chelsea to perennial loanee: What happened to Baba Rahman?