He was tipped for stardom and had the ability, but as he told the MLS website in August 2019: “Soccer is not as straight forward as you think."

Gedion Zelalem was spotted by Arsenal scout Danny Karbassiyoon, who was the first American to score for the Gunners but who had to retire injured at 22. It is a career which mirrors Zelalem in several ways.

Karbassiyoon told Goal in 2016: “Gedion was 13 when I was tipped off about him. I do get a lot of emails about players and messages saying, ‘Come and watch this kid, he’s the next Ronaldo, the next Neymar, he’s nine, he’s left-footed, he’s just amazing.'

“I went to see him on a ridiculously cold January night in Washington, with parents probably wondering why some guy was watching their kid train on his own.

“After about 10 minutes I was thinking to myself that 'this kid is very good.' He demonstrated a level of technical ability, awareness and intelligence that I hadn’t seen in an American kid up to that point – and I had been scouting for four years.”

Born in Germany, Zelalem played in various German youth teams including Hertha Berlin’s academy, then for clubs in America before joining Arsenal in 2013 after being spotted at the prestigious Dallas Cup youth tournament.

He was tipped for stardom, and had the ability to match, but as he told the MLS website in August 2019: “Soccer is not as straightforward as you think it is growing up. There are a lot of ups and downs, there are injuries. I’ve learned a lot.”

Known for his long frame, technical quality and passing skills, Zelalem was compared to Cesc Fabregas as a youngster, moved straight from the U16s to the U21s, and included in the senior squad’s Asian tour in July 2013.

He remembers training with the first team for the first time: “It was surreal. I saw Arsene Wenger, I was starstruck. I couldn’t believe my eyes. I thought I was living in a movie.” 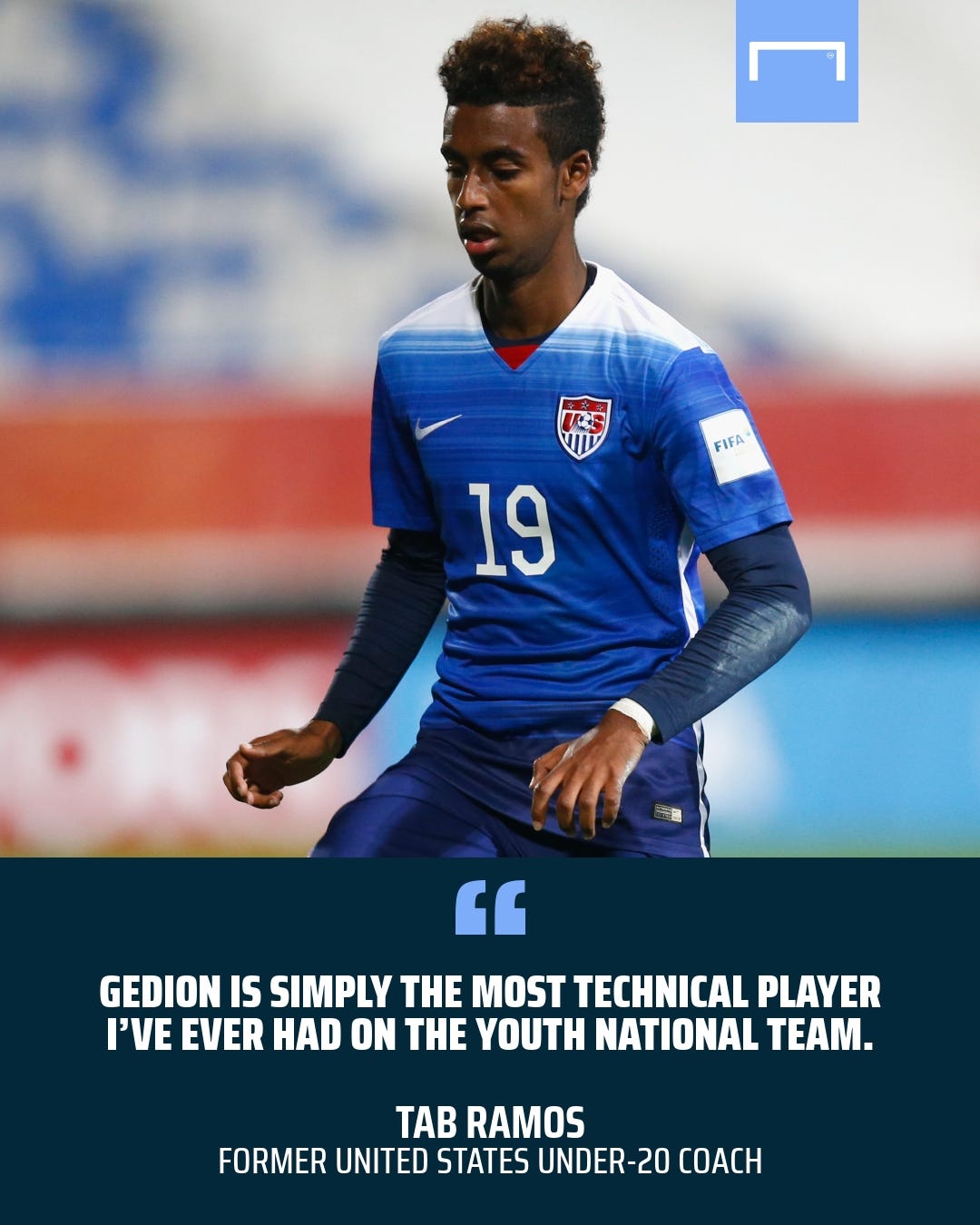 Getty/Goal
a club statement.  “He was showing glimpses of the potential he has last year before his injury [yet another knee injury] and we’re excited to see him back on the field in 2021.”

When talking about Zelalem and his failure to break through at Arsenal, it is worth circling back round to Karbassiyoon’s assessment of the player in 2016: “His best traits are his ability to pick a pass, he has amazing vision, he’s very aware of the game going on around him.

“These are the little things that you see some of the top midfielders in the world do. In order to do it at that level, you need to have the complete package and do other things, or do one thing really well that no one else can stop.

“He does have a lot of great features that show he could potentially be a great player.”

Hopefully, Zelalem will get fit and firing, and meet some of those high expectations.