The former Spain goalkeeper had as close to a perfect career as one could imagine, but his move to Old Trafford proved a disaster

In the grand scheme of things, Victor Valdes had as close to a perfect career as one could imagine.

His honours list at Barcelona – six Liga titles, two Copas del Rey, three Champions League crowns and a pair of Club World Cups – is exceptional, and legends of the game, from Xavi to Lionel Messi, could not speak more highly of him.

What is sad, therefore, is that the coda of his career was defined by dressing room fall-outs, inauspicious loans and, ultimately, retirement at the age of 35 – which is relatively young for a goalkeeper.

Valdes signed for Manchester United in January 2014 on a free transfer, following his release by Barcelona the previous summer.

He had announced a year previously that he would depart Barca following the expiration of his contract, and had been due to sign for Monaco, but they pulled out after he tore an anterior cruciate ligament in March.

However, they agreed to pay part of his United salary and he moved to Old Trafford on an 18-month contract, ostensibly as a back-up to David De Gea.

Valdes initially appeared happy to be playing second fiddle to the young Spaniard, telling MUTV : "Always in my career, I have played to help my team-mates, to help my coach and to help everybody. I am a part of the team.

"I think now, in the moment, De Gea is the best goalkeeper in the world." 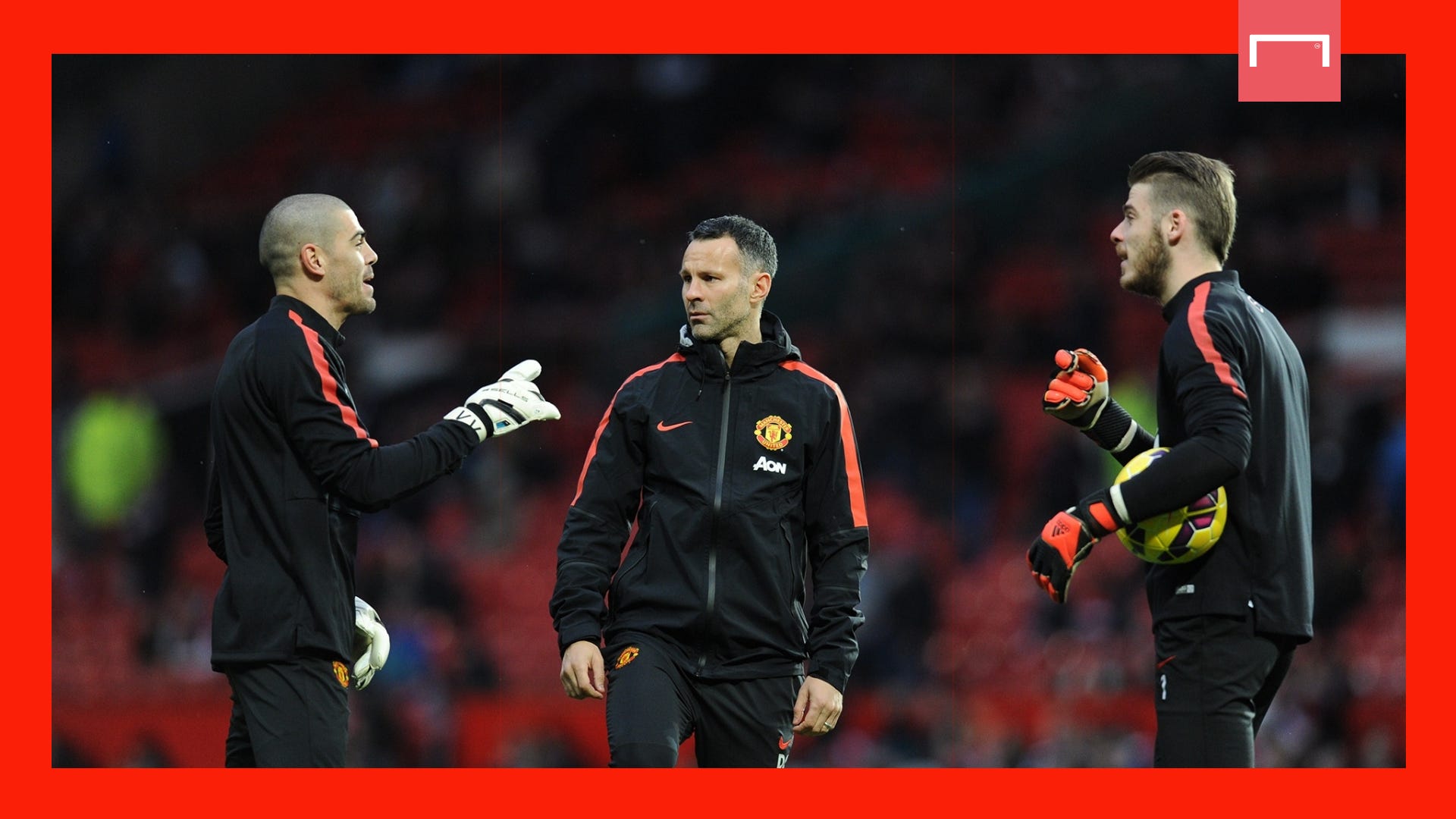 However, we're talking about the goalkeeper for arguably the greatest club side ever, Pep Guardiola’s Barcelona. He was never going to be willing to stay on the bench forever.

He made his debut in a Man Utd shirt for the U21s in a 2-1 victory over Liverpool. While he was praised for making a rousing speech from the playbook of Guardiola pre-game, the fact that he conceded the only effort he faced on target was of far greater significance.

Towards the end of 2014-15 campaign, Valdes made his first two appearances for the senior side, which included a start – and a clean sheet – in United's final Premier League match of the season, against Hull.

At the time, this looked like a changing of the guard. Valdes seemed set to take over as United's No.1, given first-choice shot-stopper De Gea was being seriously courted by Real Madrid.

However, there was one major obstacle in Valdes' way – a very large and obstinate obstacle.

United manager Louis van Gaal had brought Valdes to Old Trafford, with the pair having previously worked together at Camp Nou. It was van Gaal who had taken Valdes out of La Masia and placed him in the Barca first-team picture in the early 2000s.

However, they had a tumultuous relationship, with Valdes even dropped to the reserves at one point. It wouldn't be long before they clashed again. 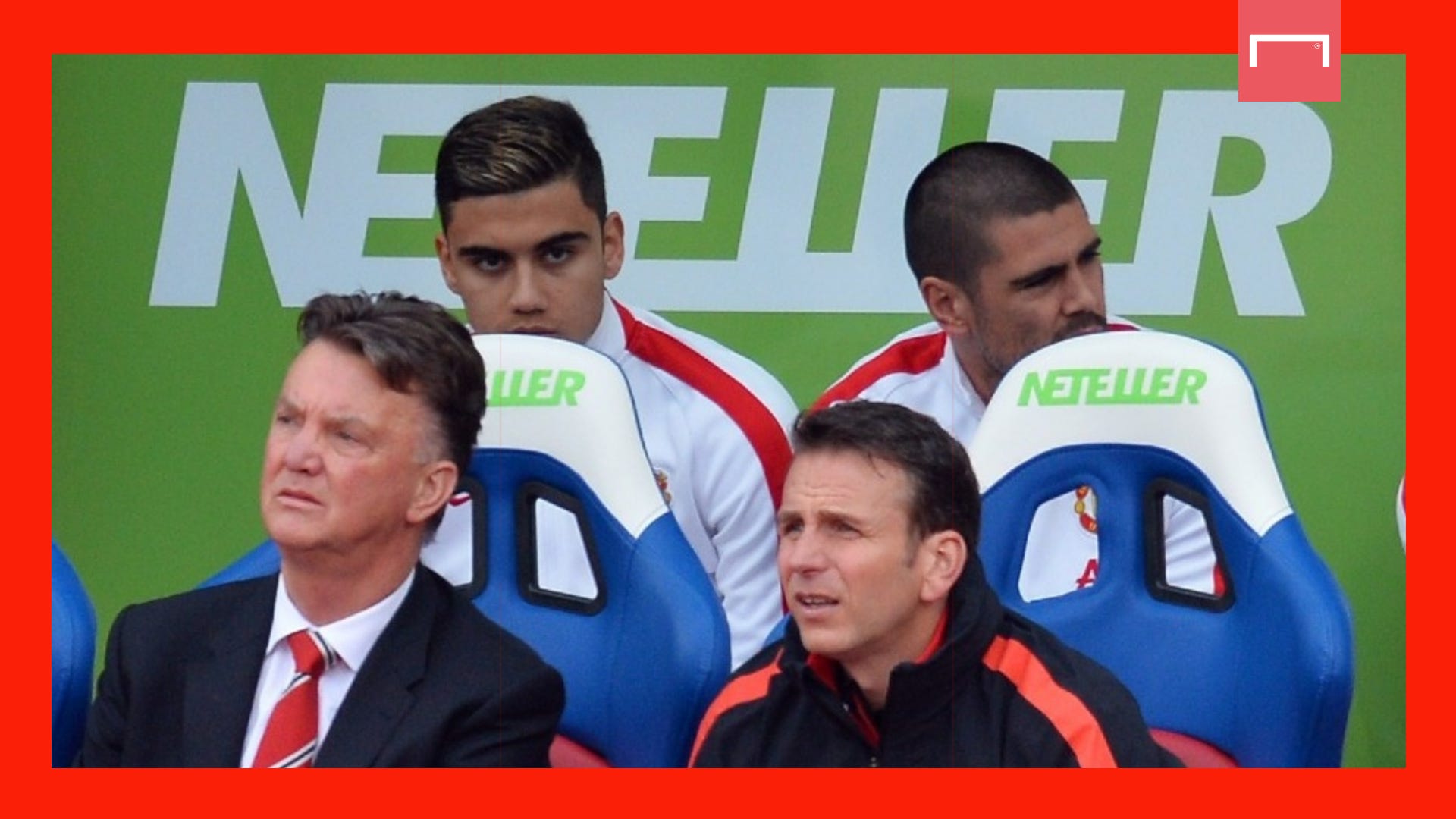 The manager transfer-listed Valdes in summer 2015, alleging he had refused to play in a reserve game, although Valdes disputed this claim. There were also reports of Valdes and Van Gaal seen arguing in front of other members of the squad.

Valdes quickly became persona non grata as far as Van Gaal was concerned and the former Spain international could have left at the end of the transfer window, with a move to Besiktas lined up.

However, the move never materialised and Valdes ended up being excluded from the squad photo for the following season, as well being stripped of his dressing room locker.

Technically, he was still a member of United’s Premier League squad, but it was clear that he would never play again for United under Van Gaal.

Valdes, therefore, agreed to go join Standard Liege on loan in January 2016, before joining Middlesbrough at the end of the season.

He only spent one year on Teeside before retiring. Valdes, though, refused to blame Van Gaal for the inauspicious end to his glittering career.

"I feel like a professional goalkeeper again after all those hard days in Manchester," he told Sky Sports in 2016. "But I don't have any bad words for Van Gaal or Manchester United.

"He's like a father figure to me. I don't want to remember the last six months in a bad way – for me, he is top. We are still friends and there is no problem between us.”

Sometimes, though, parents and their children are better at loving from a distance, and that certainly seems to have been the case with Valdes and Van Gaal.