In an exclusive interview with Goal in 2016, Marko Marin reflected on the nickname bestowed upon him early in his career and forced to wear like a bridle ever since – 'The German Messi’.

“I don’t really think a lot about it”, the winger said not long after joining Olympiacos. “Messi is Messi and is on a completely different level to any other player in the world.

“Everywhere I go and after I play a few good games, it's been like this. Even after my first game here, it started again: ‘Our new Messi’.

“It’s a nice thing but nobody thinks really that it’s a real comparison between Messi and me. It's only the style of football."

Marin had burst onto the scene as an 18-year-old at Borussia Monchengladbach, making his senior debut during the 2007-08 campaign, which ended with promotion to the Bundesliga.

He had performed so impressively that he was included in Joachim Low's provisional squad for Euro 2008, although he was cut from the final 23.

Standing only 5'5, Marin was dubbed ‘Matchbox’ by Gladbach fans. However, some supporters began to call him 'The German Messi’.

The comparisons were not too outrageous; with his dribbling, creativity and agility, there were real hopes that Marin could be a spearhead for the promising new generation of German talent coming through the youth team ranks. 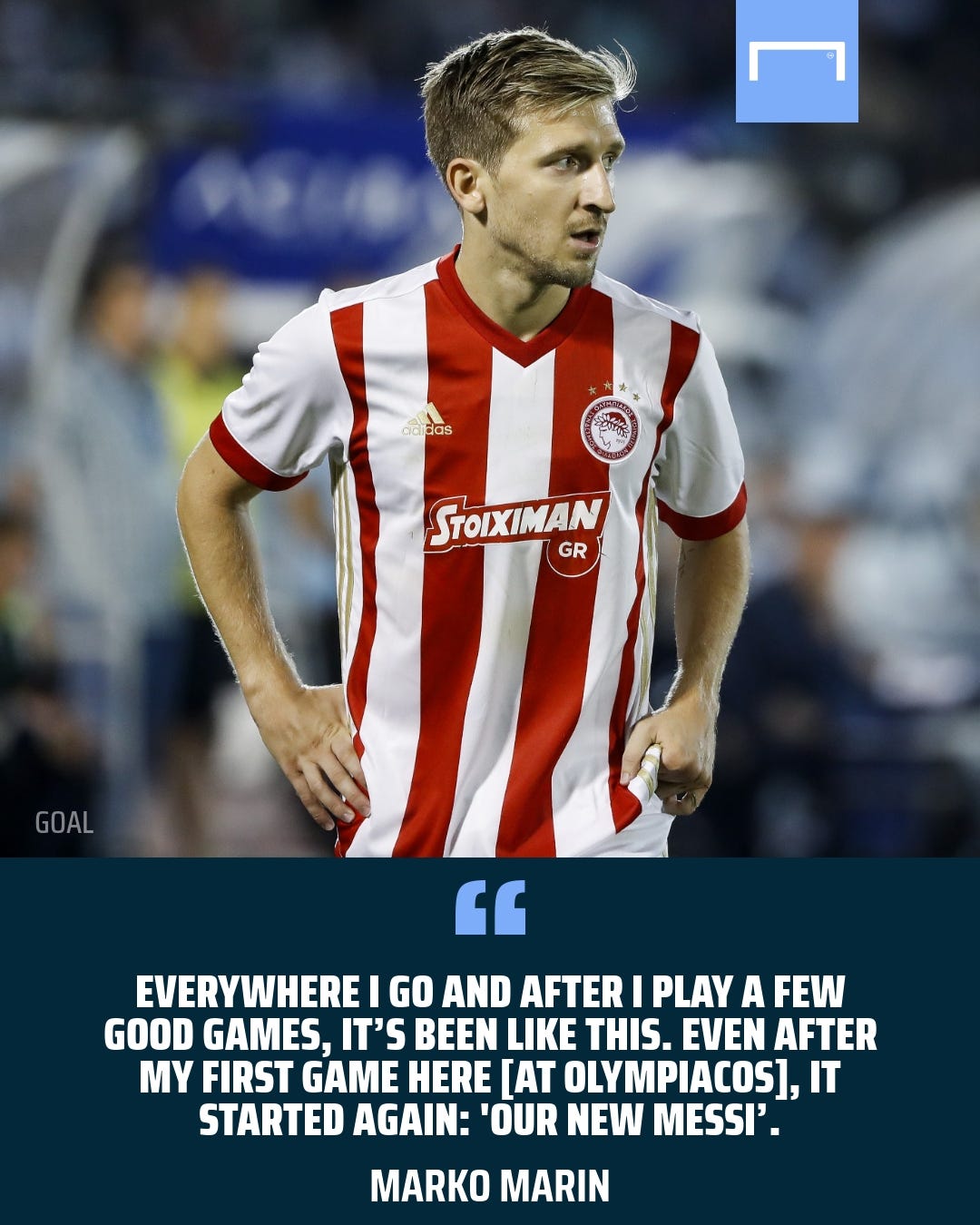 In 2009, he moved to Werder Bremen, where he formed part of a vibrant and youthful attacking midfield duo with Mesut Ozil. Both men were called up to represent Germany at the 2010 World Cup.

Marin played in the first two games but, after a disappointing showing in the 1-0 group-stage defeat to Serbia, he was not selected again.

Ozil, meanwhile, became one of the stars of the show, earning himself a move to Real Madrid after proving integral to a youthful Germany side finishing third in South Africa.

Marin, meanwhile, returned to Bremen and seemed to relish being the creative fulcrum of an Ozil-less side, providing 11 assists in 2010-11.

Bremen were struggling in the bottom half of the Bundesliga, however, and Marin needed to step up to another level. The opportunity to do so appeared to present itself in 2012, when he joined Champions League winners Chelsea, managed by club legend Roberto Di Matteo.

Marin impressed in Chelsea’s pre-season games and looked like he would be a key player for the 2012-13 season. A hamstring injury scuppered matters, though, as did the departure of Di Matteo, who was replaced at the helm by Rafa Benitez. 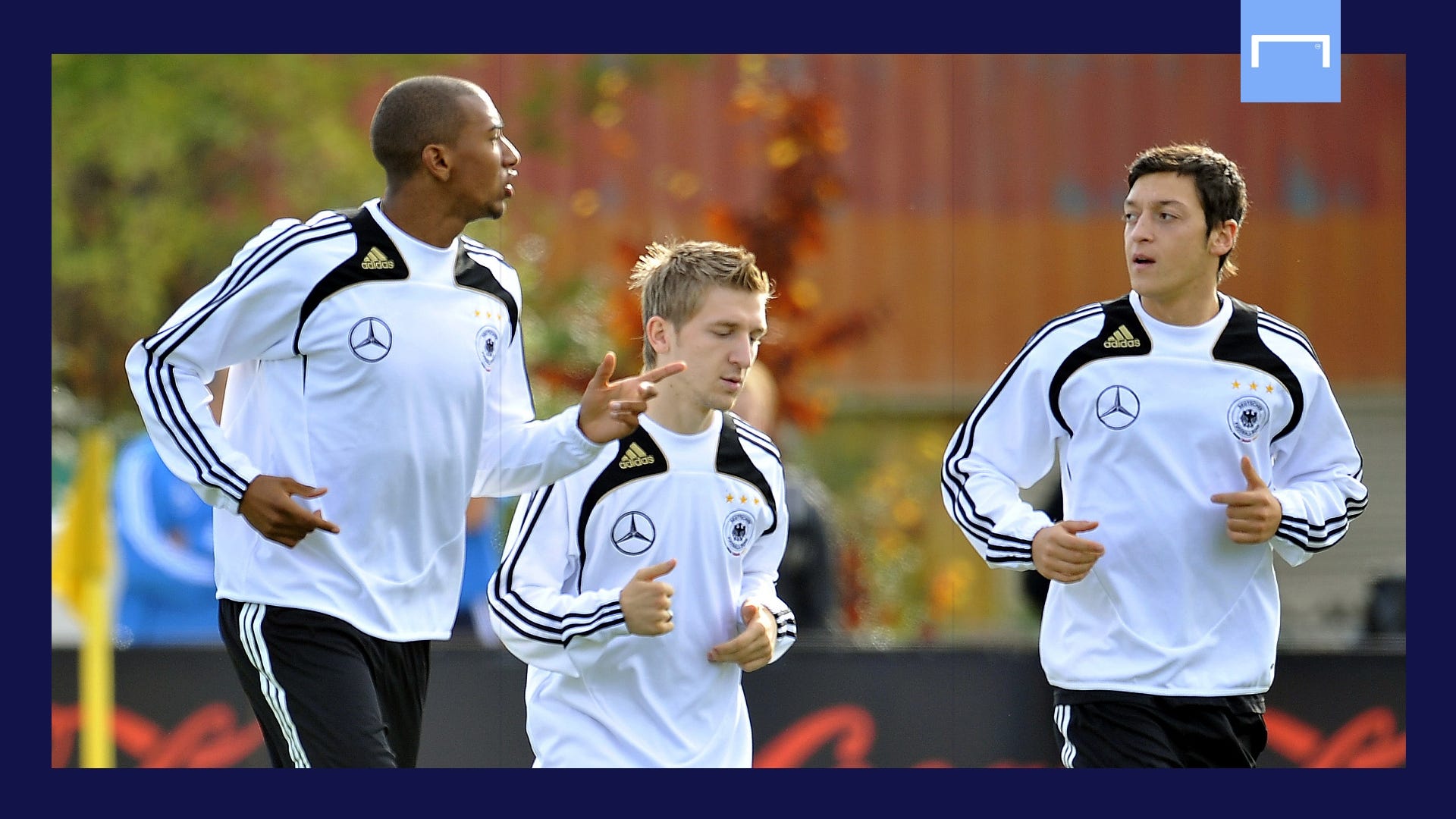 He made just six Premier League appearances for Chelsea in 2012-13.

Scoring with his first touch after coming on as a 91st-minute sub in a 4-1 win over Wigan in February 2013 was a rare highlight; it was also his only goal for the club, and despite being a Blue for a further three campaigns, he never played a game for Chelsea in any of them.

Instead, he spent time out on loan at Sevilla, where he was part of a Europa League-winning side. However, he didn't make a single Serie A appearance during a subsequent six-month stay at Fiorentina, while a spell at Anderlecht was blighted by another serious hamstring injury.

He saw far more game time at Trabzonspor, though, which helped secure a permanent transfer in 2016, to Olympiacos.

Marin spent two seasons in Greece before joining Red Star Belgrade. He is now in Saudi Arabia, lining out for Al-Raed, but on loan from Al-Ahli.

Still, while his career may not have panned out the way he expected when he joined Chelsea, Marin says he does not regret moving to Stamford Bridge.

“I went there with the hope to play and started very well in pre-season then I got a big injury and it was difficult to get back in the team," he told Goal .

"Maybe I didn’t get enough chances to play in a couple of games to show my qualities, but Chelsea always has very good players and it’s difficult to play.

“When I was out loan, I Skyped with the club once a month. After every game, they sent me analysis. Chelsea did a great job with every loan player in this group because of Paulo Ferreira and Eddie Newton, who keep in touch with the players.

“It’s not that they send you out on loan and forget about you. So, I’m still happy that I was a part of Chelsea and I’m still a Chelsea fan.”