The Brazilian right-back, now 30 and with Besiktas, is best known for his strange stint with the Blaugrana

Eight games, seven trophies - almost a perfect hit rate for Douglas, a player who Barcelona fans will remember with no great fondness.

The Brazilian right-back, now 30 and with Besiktas, is best known for his bizarre stint with the Blaugrana, for whom he signed from Sao Paolo in 2014.

Douglas was a Barca player until 2019, but during that time he only made three Liga appearances and spent the final three years of his five-year contract out on loan.

How his move to Barca came about in the first place remains a mystery to supporters. He had hardly ripped it up in Serie A, and, while he had been part of the Brazil side that reached the final of the 2009 Under-20 World Cup, he was 24 by the time he moved to Camp Nou – in professional football terms, hardly a young prospect.

Douglas’ La Liga debut for Barcelona came against Malaga, and, in a positive sense, he kept a clean sheet in a 0-0 draw. On the other, his personal performance was less than impressive. Reports at the time were unkind, noting Douglas was visibly lacking confidence and had notably negative body language.

The low point came when he picked up a booking for a needless tackle on Malaga midfielder Duda, a 34-year-old with no turn of speed who had his back to goal.

Douglas came charging in with a tackle that was weak and off balance, giving away a free-kick and earning a pointless booking. It was the beginning of the end. 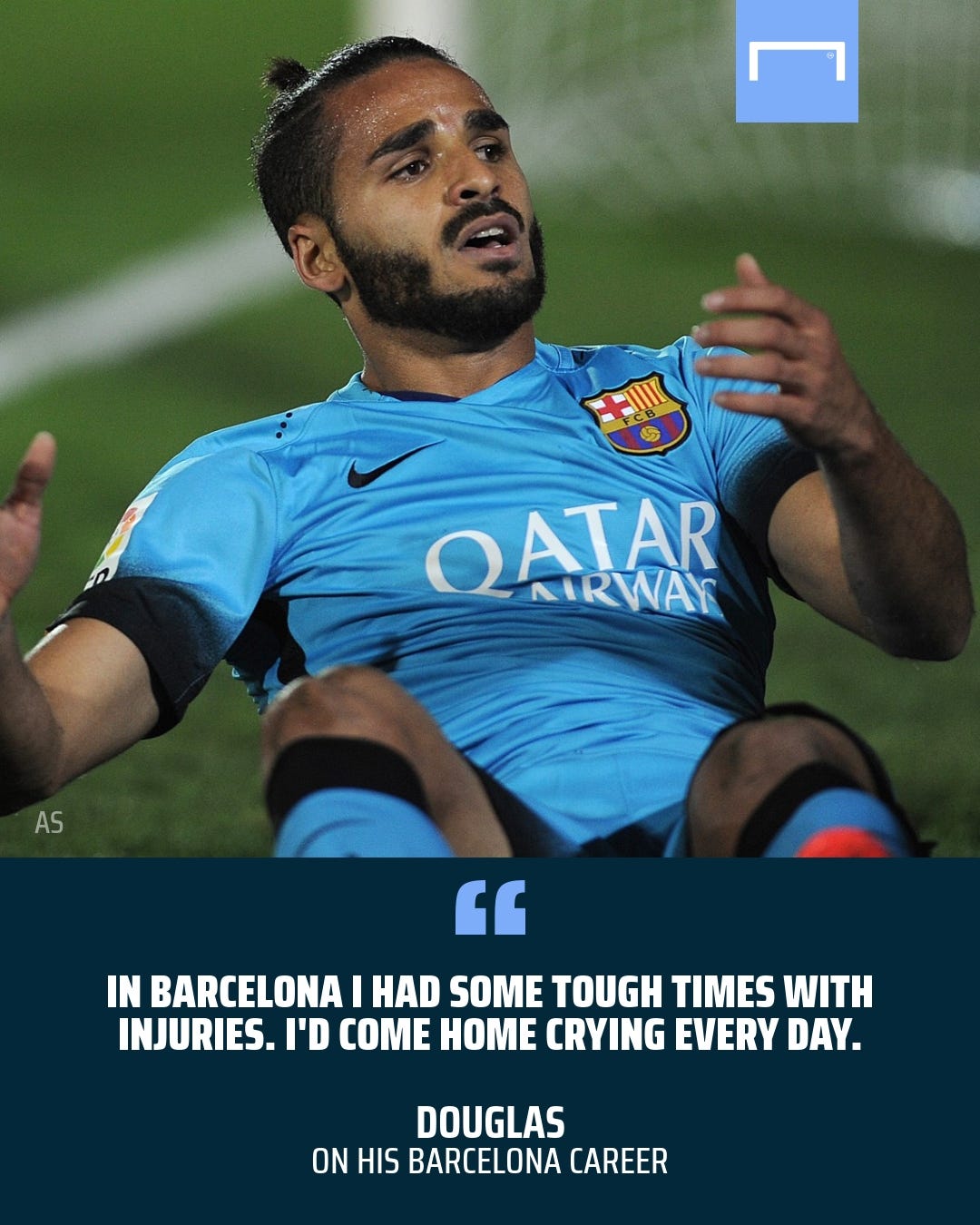 Other aspects of his debut were equally poor. Full-backs at Barca are supposed to act as a supplementary attacking outlet, especially against notably weaker opponents such as Malaga. Yet in that game, Douglas passed the ball backwards 31 times.

He was clearly not up to the required level and became Barca’s third-choice right-back, behind Dani Alves and Martin Montoya, and was restricted to making occasional Copa del Rey appearances and the odd cameo in other competitions.

In total across his first two seasons at Barca, before his loan adventures commenced, Douglas played in eight games for the club – almost as many trophies as they earned during that period.

Barca won the treble in 2014-15, began the subsequent campaign with the UEFA Super Cup, and in 2015-16 went on to claim the domestic double and the FIFA Club World Cup.

While the silverware rained down for Barca, however, Douglas' dream move turned nightmarish. Way out of his depth and suffering constant niggling injuries – he had four separate spells on the treatment table in his first season there – he admitted to AS in a 2016 interview that he was frequently brought to tears.

He said: “In Barcelona I had some tough times with injuries. I'd come home crying every day.” 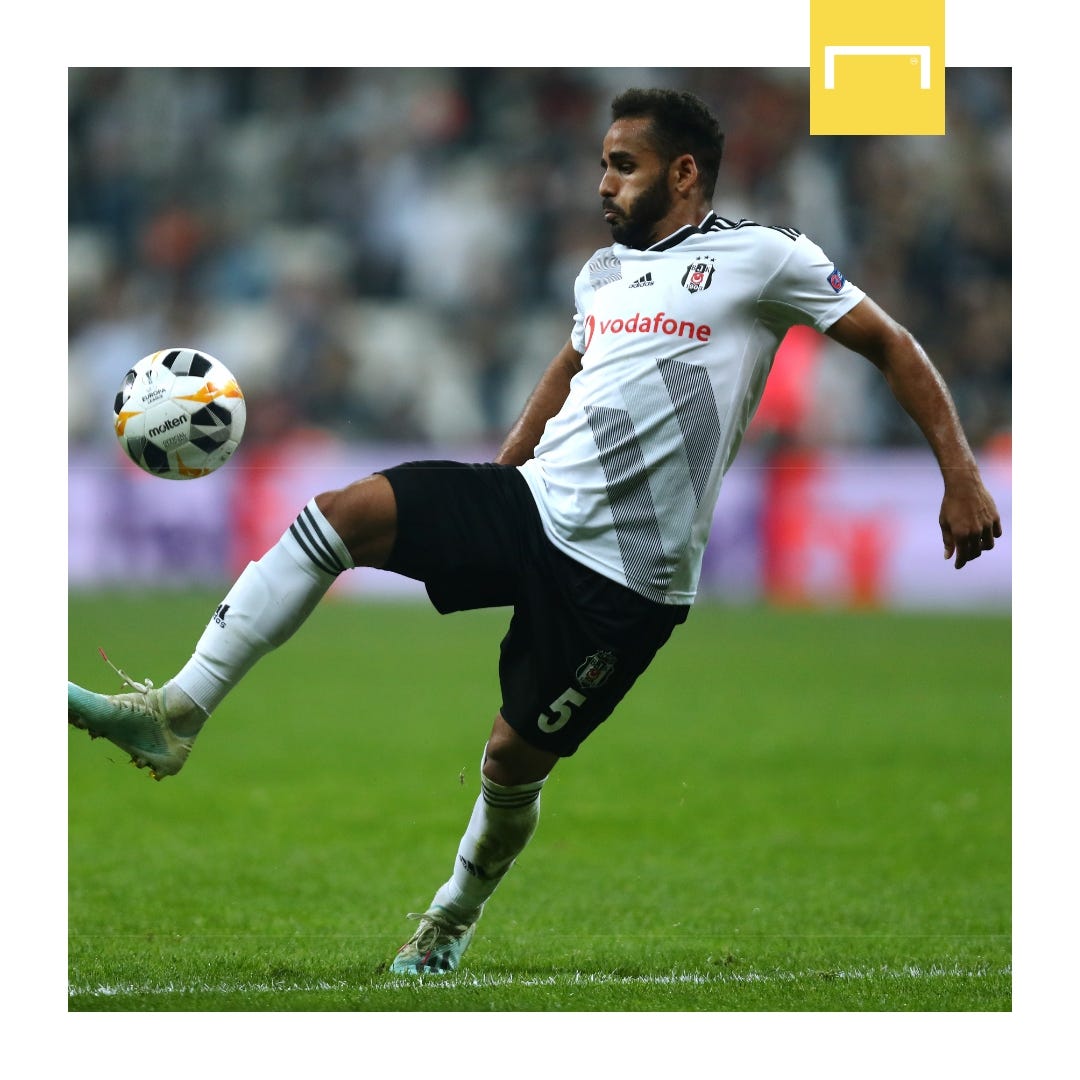 From year three onwards, Douglas was consigned to an eternal loan spiral away from Barcelona, although reports suggest he did not go without a fight. He was, after all, a squad player in one of the greatest club sides ever, with team-mates including Lionel Messi, Xavi, Neymar and Andres Iniesta.

Sport reported that he initially refused to sign the papers confirming his loan to Sporting Gijon, and instead staged a sit-down protest in the club’s offices, refusing to leave, before eventually being coaxed into confirming the transfer.

At Sporting he played regularly during their 2016-17 relegation campaign but there were reports he suffered a strange injury - straining a muscle in his backside after falling asleep in an awkward position on the team coach.

Douglas denied these claims in his AS interview: “That wasn't right at all. It was just an overstretched muscle and [all it needed was] a massage. I was training the next day and it was written that I was injured when I wasn't. That saddens me.”

Following his Sporting stint, he had 12 months as a reserve at Benfica, before being key for Sivasspor in his one year there. Eventually, Douglas left Camp Nou permanently for Besiktas in the summer of 2019.

After starting off in the first team picture with the Super Lig giants, injuries struck again. Torn ankle ligaments and a thigh muscle rupture restricted him to just 58 minutes of first team action after October 2019.

For 2020-21 he is not even registered in the Besiktas squad, with reports in Turkey indicating that he will be released when his contract expires this summer.