While his impact on the field for the Citizens was limited, the midfielder does represent part of an important period in the club’s modern history

While his impact on the field for Manchester City was very limited, Javi Garcia does represent part of an important period in the club’s modern history.

He arrived on transfer deadline day, just weeks after City’s first title of the Premier League era was secured in the most dramatic style possible – "Aguerooo", 93:20 and all that drama.

He was supposed to be part of a significant sea change in English football, a new era in which City would be the dominant force in all competitions.

Yet Garcia was more representative of the club's less successful past, the period in which they spent big on players without having a clear, cohesive plan in place.

Indeed, City's signings during the summer of 2012 – Garcia, Scott Sinclair, Maicon, Matija Nastasic, Richard Wright – read like a who’s who of the worst arrivals of the Sheikh Mansour reign.

Garcia undoubtedly had talent and potential when he arrived in Manchester but he is now something of a forgotten man.

The defensive midfielder had started out at Real Madrid but failed to penetrate the first team in two separate spells.

He made his Blancos debut aged 17 in November 2004, and looked set for a bright Santiago Bernabeu future, but after three Liga matches in 2004-05, he didn’t play in the first team again for the next two seasons.

The incumbent manager in 2007, Bernd Schuster, did not favour Real’s youth, allowing Ruben de la Red, Esteban Granero and Garcia to all leave, and Garcia joined Osasuna – albeit with a €4 million (£3.5m/$4.8m) buy-back clause, which Real exercised 12 months later when Schuster had a change of heart. 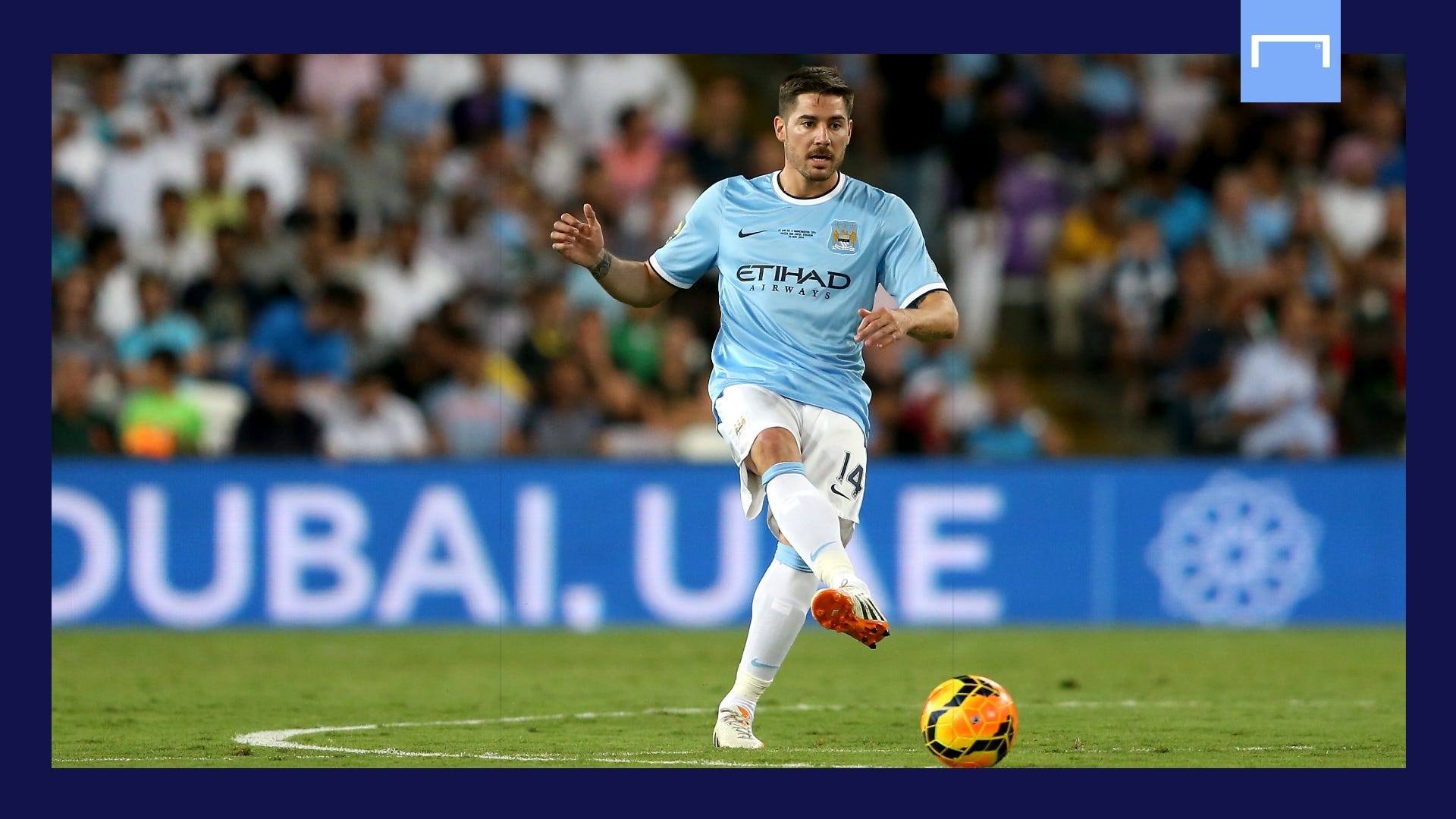 He made 15 Liga appearances in 2008-09, but Schuster was sacked in December and his replacement, Juande Ramos, did not favour Garcia, and he was allowed to go to Benfica, where he could finally flourish as a first-team regular.

Three seasons at Benfica brought a league title, a trio of Portuguese League Cups and a Europa League final appearance – enough to convince City to invest £15.8m ($22m) in his talents in the summer of 2012.

Things started well, too, with Garcia scoring on his debut as he netted the equaliser in a 1-1 draw at Stoke City, finishing well from a Carlos Tevez free-kick.

Goal’s match report at the time was full of praise for the new arrival: “The Spaniard looked at ease on his City debut. Was excellent on the ball and capped off a good game with his first goal for the club in the 35th minute as he headed past [Asmir] Begovic from close range.”

Yet the ground was already shifting under Garcia’s feet.

During his time at Etihad Stadium, City began a radical transformation, embracing an identity of attacking, possession football, with players recruited for a specific system, one to which Garcia did not conform.

He was deemed too slow for the new style of play, and there were question marks over his range of passing.

Part of the problem was that he was signed by Roberto Mancini, who was sacked in summer 2013 and replaced by Manuel Pellegrini, who laid much of the foundations for what Pep Guardiola subsequently built on.

Although Garcia lifted the Premier League title in 2014 and made 29 appearances that season, he was never really taken to the hearts of the City faithful nor dominated English midfields like Yaya Toure or Fernandinho, contemporaries who edged him out of the first-team picture on their way to becoming modern club legends. 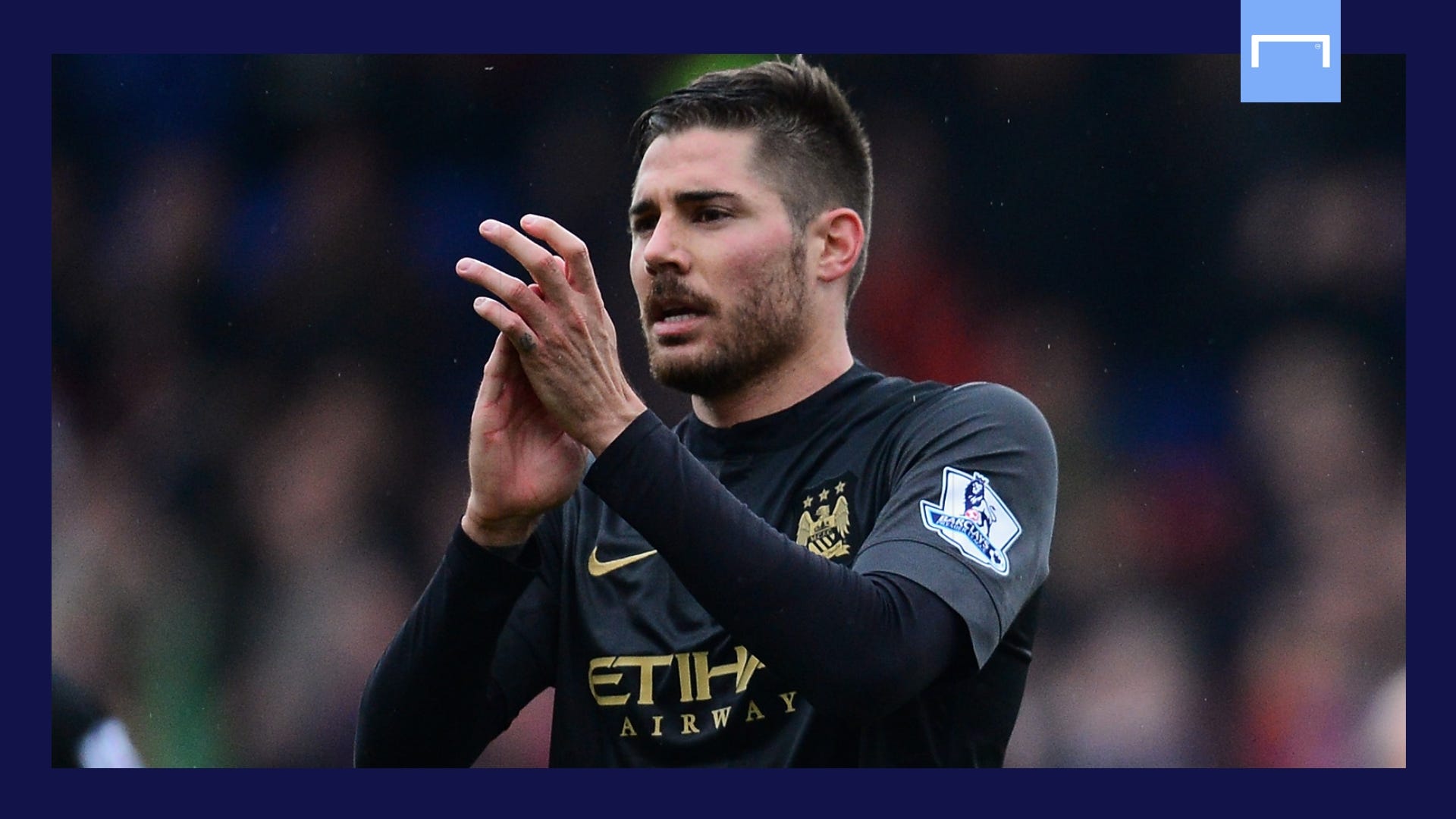 It was something that Garcia acknowledged even at the time. He told the club website in May 2020: “I spent two years at City and it’s true that we noticed the difference in the transition from Mancini to Pellegrini.

“I will always be grateful to Mancini, who was the one who signed me, but their ideas about football were a bit different.

“With Pellegrini, City began to forge an identity, which was to have much more of the ball, to attack more, to have the ball a lot of time in the opponents’ half of the pitch and, yes, it is true that the current City began there.”

He also struggled with the language barrier – a common feature of players recruited late in transfer windows from abroad and thrown straight into the Premier League bear pit – and became a target for the boo-boys as City struggled and ultimately failed to defend their title in 2012-13.

Garcia told the Manchester Evening News in March 2014: “For me, it is so important to speak with my team-mates and, from the beginning, it was so difficult. At the training ground, I like to joke with my team-mates. Now, I can speak a little bit with my friends.

Ultimately, Garcia’s most significant contribution to City was the £13m ($18m) they were able to recoup for him when they sold him on to Zenit. That money was invested in Porto midfielder Fernando – another recruit from the Primeira Liga who failed to find his feet in England.

Now captain of Boavista at the age of 34, Garcia is an elder statesman of the top-flight in Portugal, very much respected at his level. That level, however, was never that required at Real Madrid, nor aspired to by Manchester City.