Goal looks back at the trophies, awards and goals of the best players in the world to see who has had the better year

A Christmas Clasico brought the curtain down on another remarkable year for the rivalry between Lionel Messi and Cristiano Ronaldo.

The duo have fought an incredible battle over the last decade, played out in Europe's hallowed arenas and the grand ceremonial halls of officialdom.

Between them they have won 10 La Liga titles, seven Champions Leagues and 10 Ballons d'Or, forever altering the game in the process as record after record falls before them.

But, as 2017 comes to a close, whose year has it been? Goal takes a look back to see how they measure up to one another. 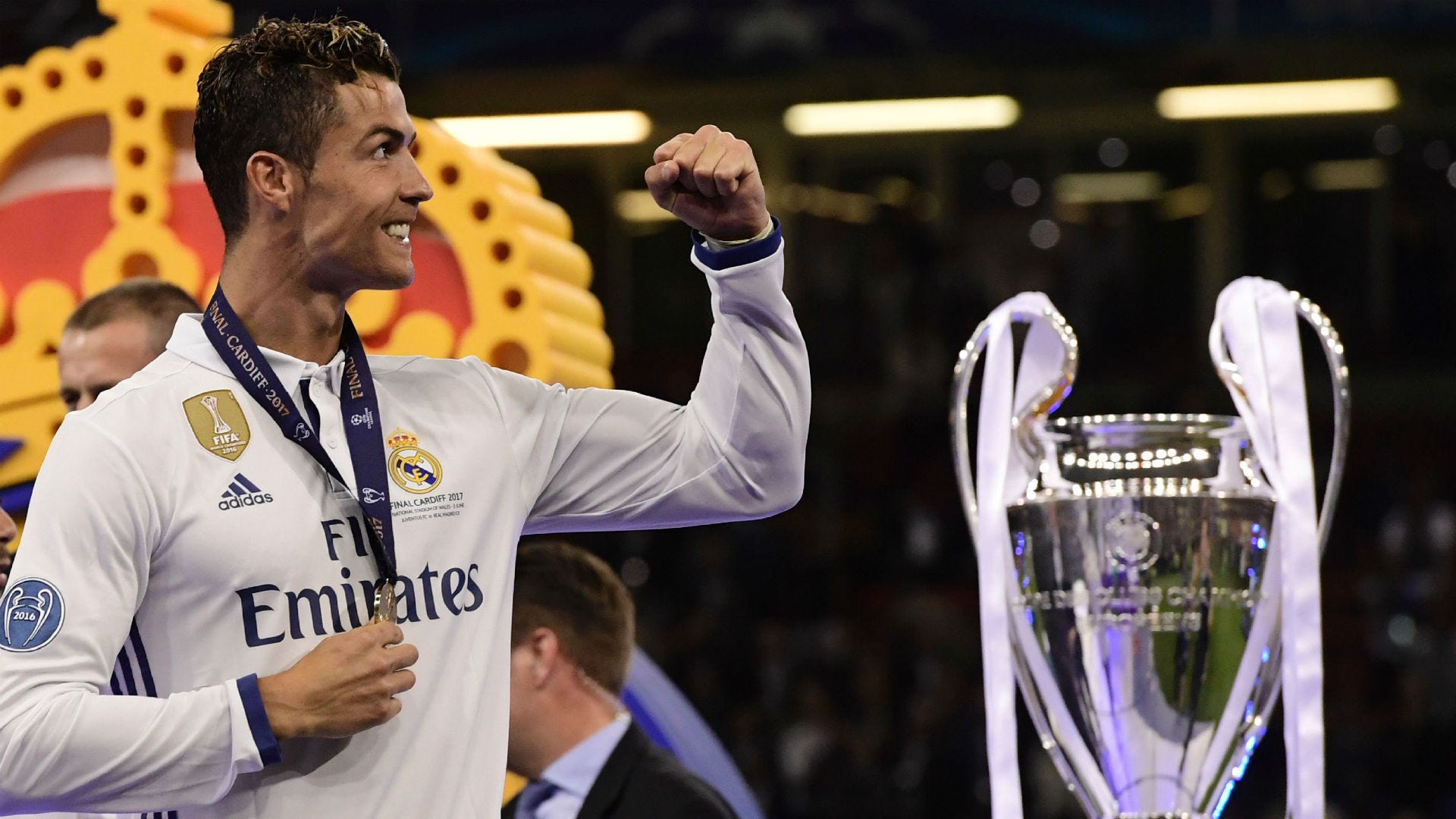 The primary indicator of success in football is the number of trophies accrued during the course of a player's career.

This year has been a particularly triumphant year for Real Madrid and Ronaldo was one of the chief driving forces behind that pursuit of glory.

Los Blancos have collected five trophies in 2017, beginning with La Liga in May, followed by an historic Champions League success in June, and they carried that habit into the new campaign, winning the Super Cup, the Supercopa de Espana and, most recently, the Club World Cup earlier this December.

While Ronaldo's trophy haul was abundant, Messi and Barcelona were left in their rivals' shadow as they endured a relatively barren year.

The Argentine was unsurprisingly a key component in their solitary success of the year back in January, scoring a goal, setting up one and initiating the play for another in the final of the Copa del Rey against Alaves.

WHO HAS WON THE MOST INDIVIDUAL AWARDS IN 2017? 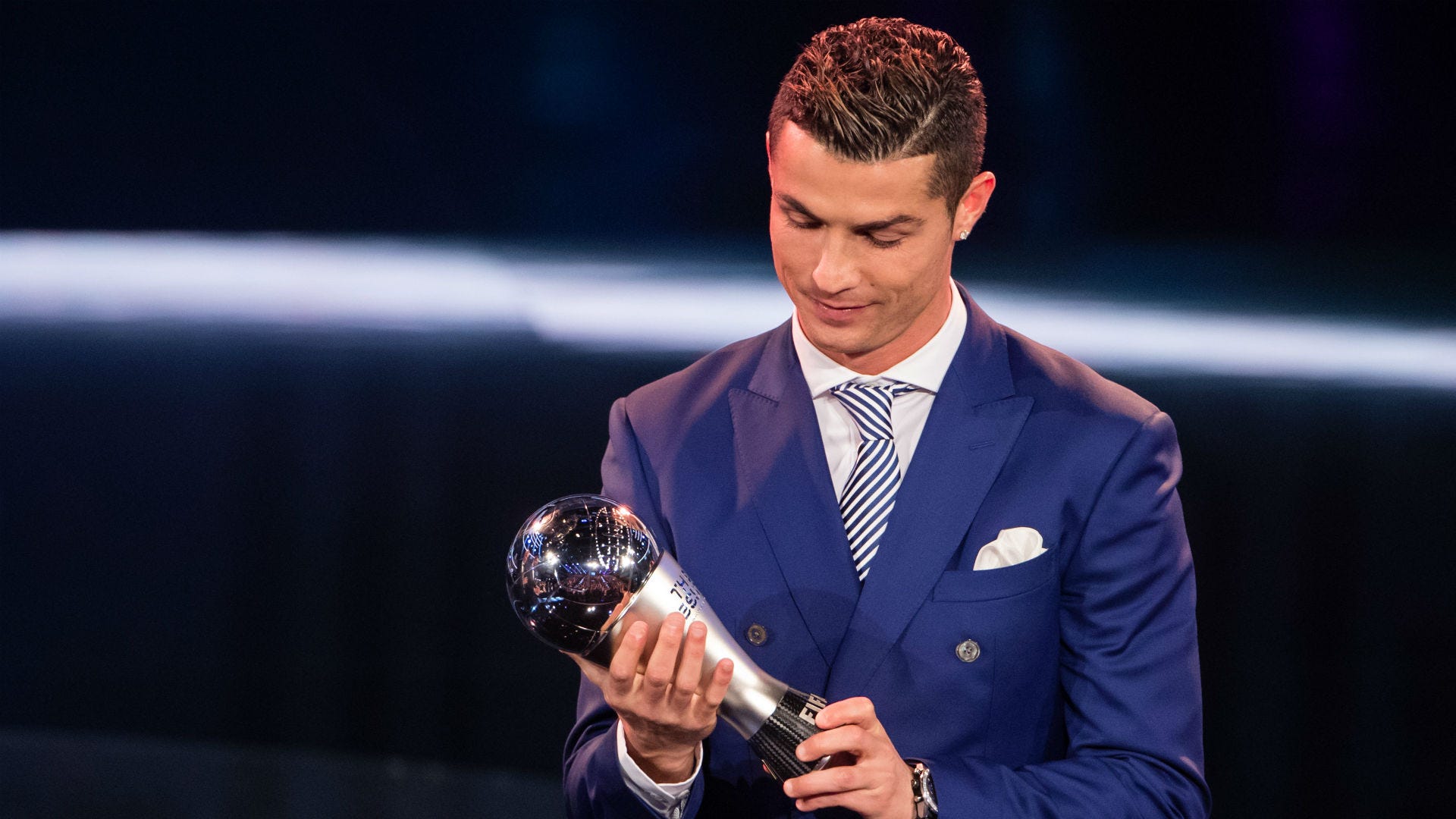 Given that he was to the fore of an historic season for Real Madrid in 2016-17, Ronaldo's efforts for the team were duly recognised by the football community in 2017.

The 32-year-old kicked off the year by being awarded FIFA's inaugural The Best accolade in January, which he subsequently retained in October. At both ceremonies, Ronaldo was also named in the FIFA FIFPro World XI.

His exploits in Real Madrid's historic Champions League success - where he was crowned top scorer in the competition after scoring twice in the final - resulted in him being crowned UEFA Player of the Year.

At the beginning of December he then finally caught up with Messi as he won his fifth Ballon d'Or. 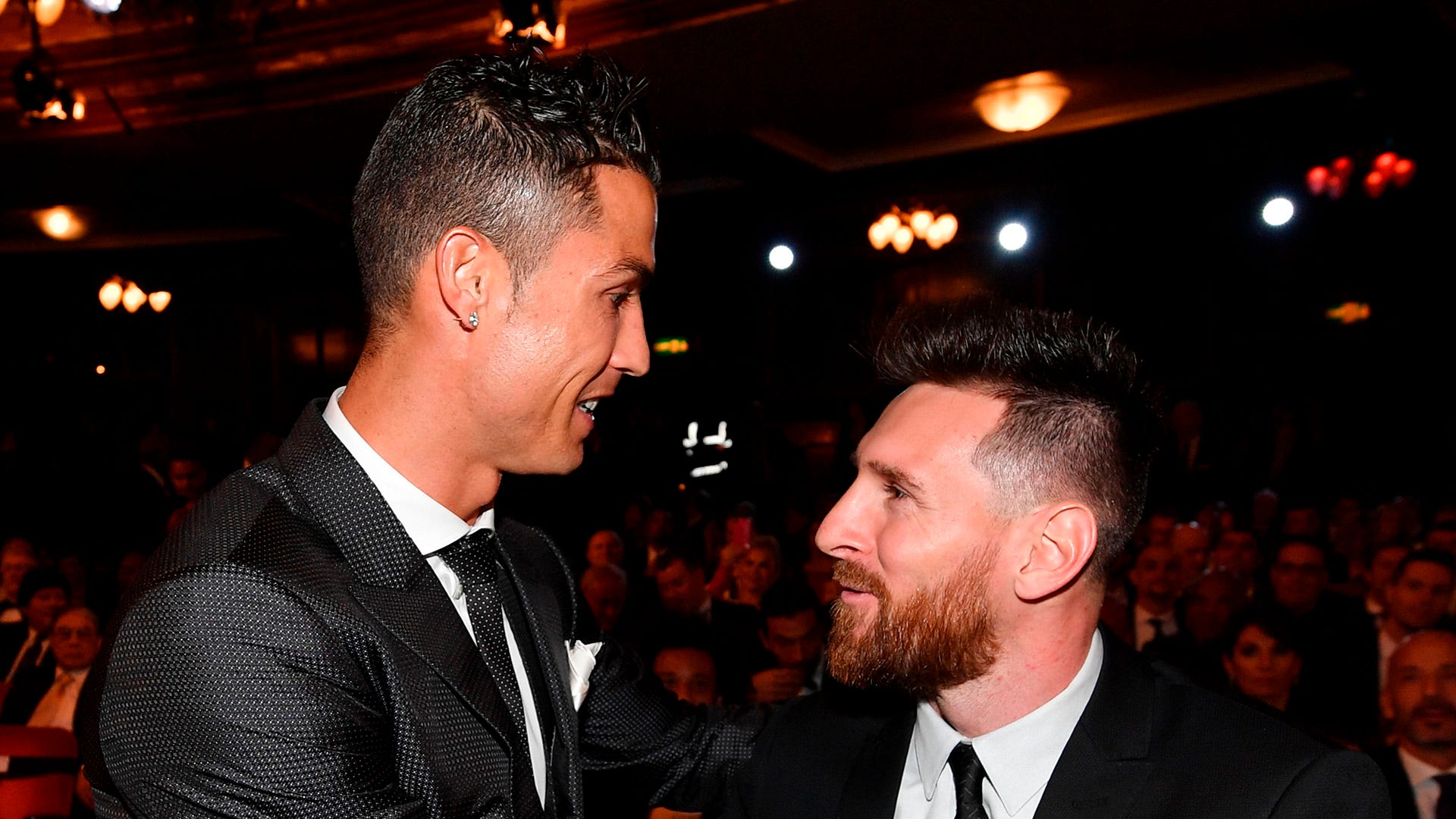 Messi, meanwhile, was forced to play the role of dutiful runner-up at the 2017 individual awards ceremonies, but he did have the edge over the Portuguese in some spheres.

He was also the cream of the crop across Europe's top leagues, winning the 2016-17 Golden Shoe - his fourth time scooping the gong. 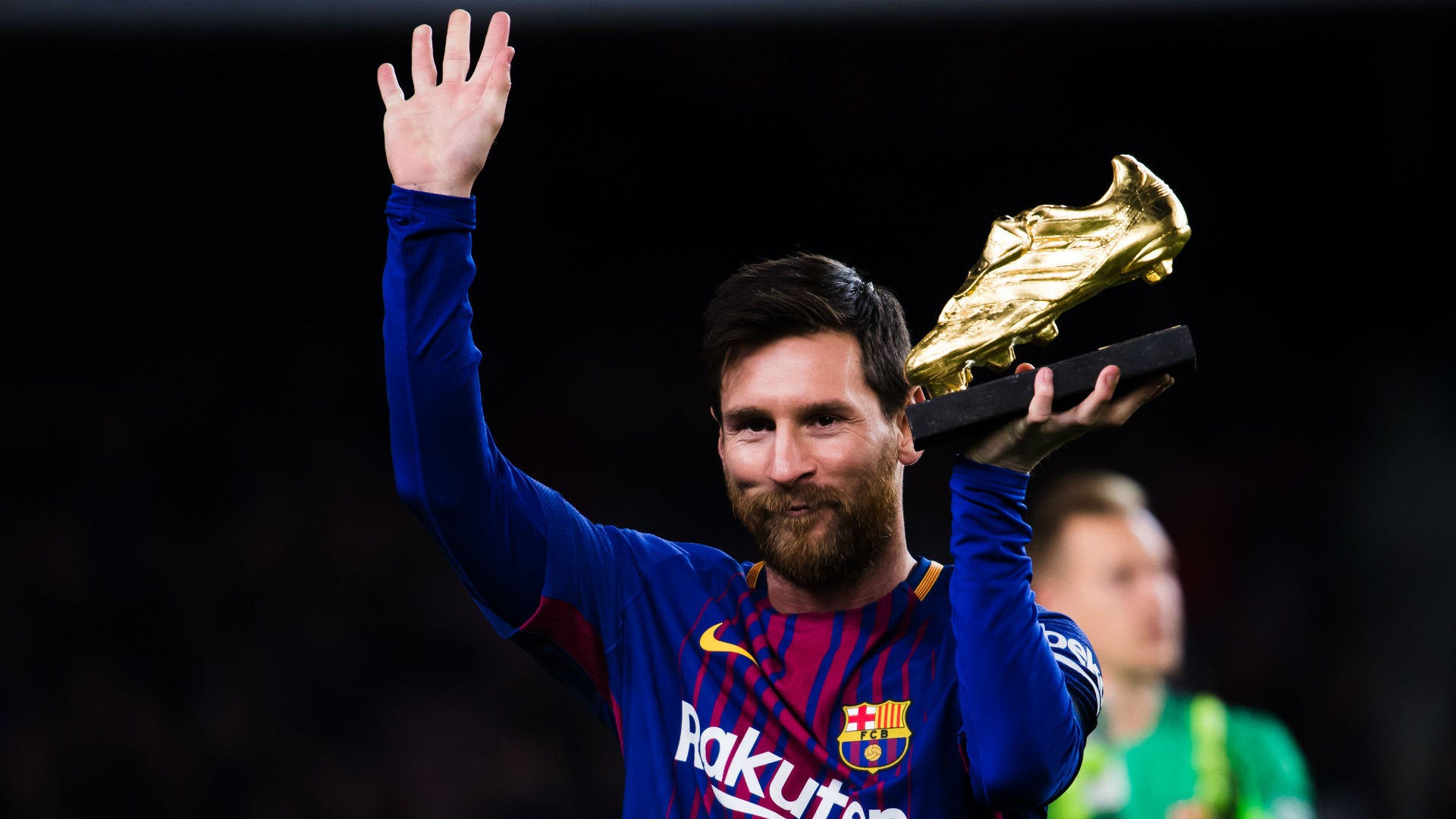 Interestingly, Ronaldo and Messi were tied on 53 goals each in all competitions in 2017 going into the Clasico to end the year, meaning the penalty Messi scored in Barca’s 3-0 win put him ahead by a solitary strike.

Messi is head and shoulders above Ronaldo when it comes to scoring league goals, having bagged 40 compared to the Real Madrid star's relatively paltry 19.

However, Ronaldo is undoubtedly the king of the Champions League with an incredible 19 goals - Messi has just four.

Notably, 2017 was also the year in which Ronaldo smashed Jimmy Greaves' long-standing record as the all-time leading scorer in Europe's top leagues.

As you can see in the tables above, Messi scored more goals than Ronaldo in 2017 but the Portuguese played fewer minutes and scored more evenly in different competitions.

On the international stage, Ronaldo has also made his presence felt more than his Argentine rival, scoring a total of 11 goals in as many games for Portugal as they finished third at the Confederations Cup and qualified for the World Cup by finishing top of their group.

Messi ultimately came to the rescue for Argentina in spectacular fashion back in October with a hat-trick against Ecuador, but his overall contribution goal-wise in 2017 left plenty to be desired.

The Barca star played a total of seven games - five of which were qualifiers - and scored four, three of which came in the aforementioned game against Ecuador.

WHO HAS BEEN MORE SUCCESSFUL IN 2017? 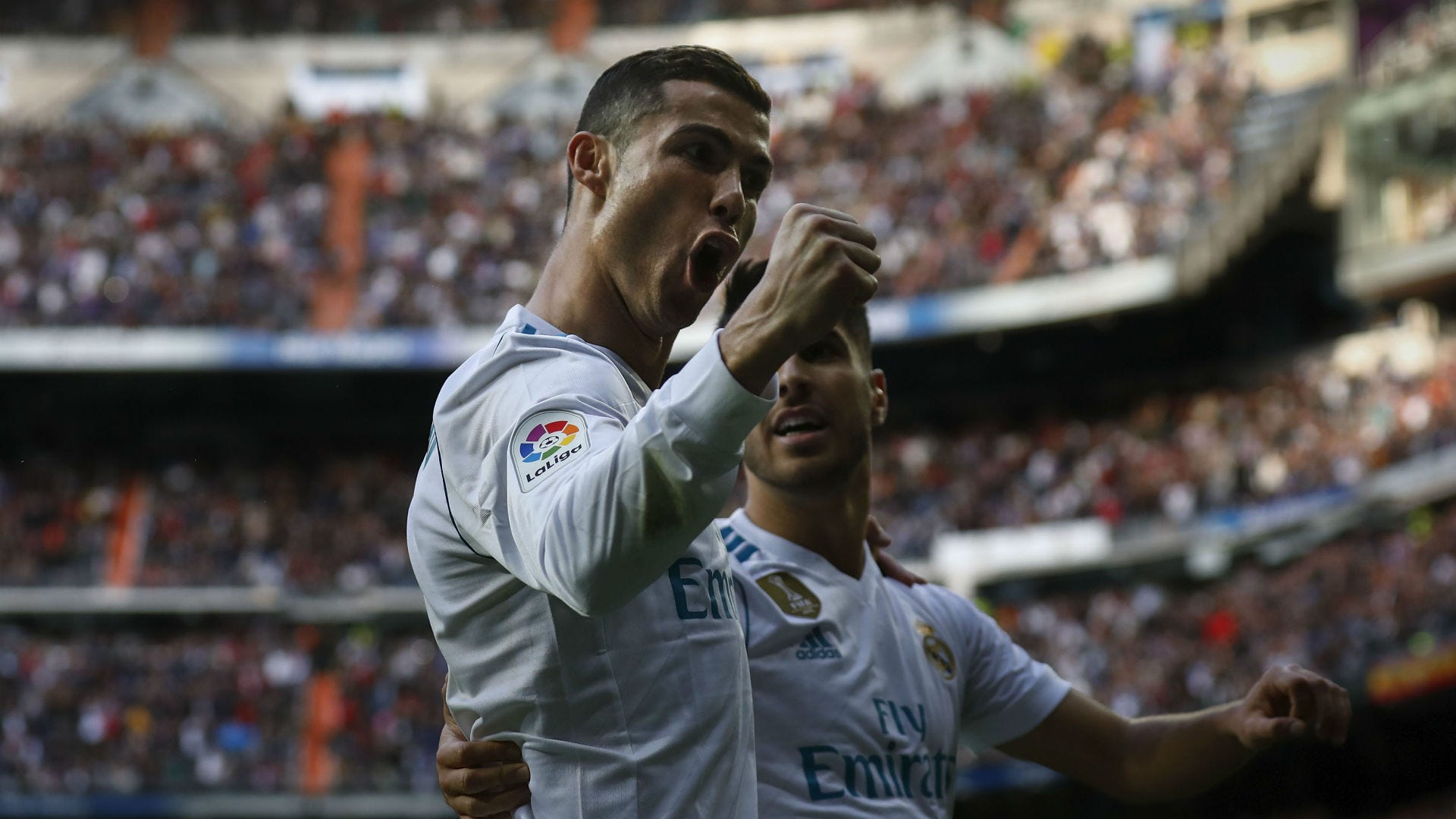 When the record books are written they will, without a doubt, look back at 2017 as Ronaldo's year.

The Real Madrid phenomenon carried his tremendous 2016 form into the new year and inspired Zinedine Zidane's men to back-to-back Champions League glory. Five titles and a clean sweep of individual awards are a testimony to Ronaldo's relentless pursuit of success and his talismanic role at the heart of one of the most efficient teams of all time.

That said, the 32-year-old has noticeably declined during the second half of the year. His meagre tally of four goals in 12 league games was not helped by the five-match ban imposed for a push on a referee at the start of the season and he has only been truly pivotal in the Champions League, where he has hit nine goals in six games in the current edition.

While he comes off second-best overall, Messi has set off on an upward trajectory in the second half of the year and he has been central to Barca's climb to the summit of the Liga this season. He finished with a flourish in El Clasico to suggest the best is yet to come.