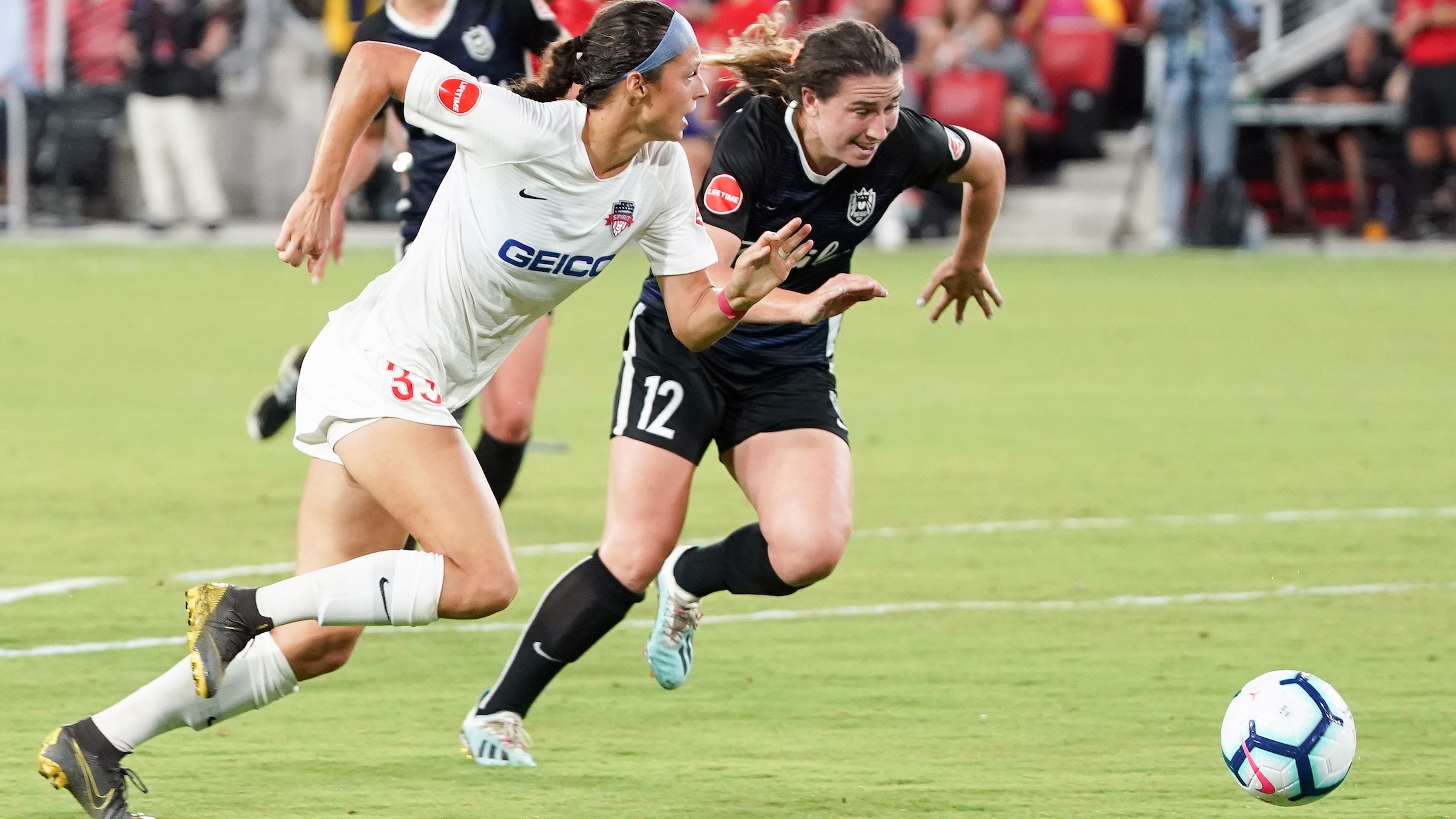 The league will split into three pods of three teams, designed to reduce travel amid the coronavirus pandemic

The National Women’s Soccer League (NWSL) has announced it will return to the field in September when it begins a seven-week competition.

The fall series follows on from the Challenge Cup, which took place between June and July and featured eight of the league's nine teams in a bubble environment in Utah.

Rather than a bubble environment, the fall series will see the league's teams separated into three lots of three-team pods designed to minimize travel. Each team will play four matches.

The full format and schedule for the fall series, which kicks off on September 5 and runs through October, are set to be released in the next week.

“Building on the success of this summer’s Challenge Cup, I am so excited to smartly and safely take this next step on the NWSL’s journey,” said NWSL Commissioner Lisa Baird in a statement.

“The women of the NWSL want to compete and we’ve certainly heard from our fans all over the world looking for more action this year. I’d like to thank the NWSL Player’s Association for their constant collaboration, as well as CBS for continuing to invest in our league’s growth and this unprecedented opportunity to showcase the NWSL to a world-wide audience, week-in, week-out.”

The three pods for the fall series will see OL Reign, Portland Thorns, and Utah Royals in the west; Chicago Red Stars, Sky Blue FC and Washington Spirit in the north-east; and Houston Dash, Orlando Pride and North Carolina Courage in the south.

The 2020 NWSL season was originally scheduled to kick off in April, but was delayed due to the coronavirus pandemic. After weeks of planning, the league successfully held the Challenge Cup in Utah, with the Dash coming out victorious.

Amid the uncertainty following the Challenge Cup, several of the league's players have sought moves abroad as they look to secure guaranteed matches.

U.S. national team stars Rose Lavelle and Sam Mewis have left the Spirit and Courage respectively, both signing with Women's Super League club Manchester City. Other USWNT players, like Tobin Heath and Christen Press, are also rumored to be departing.