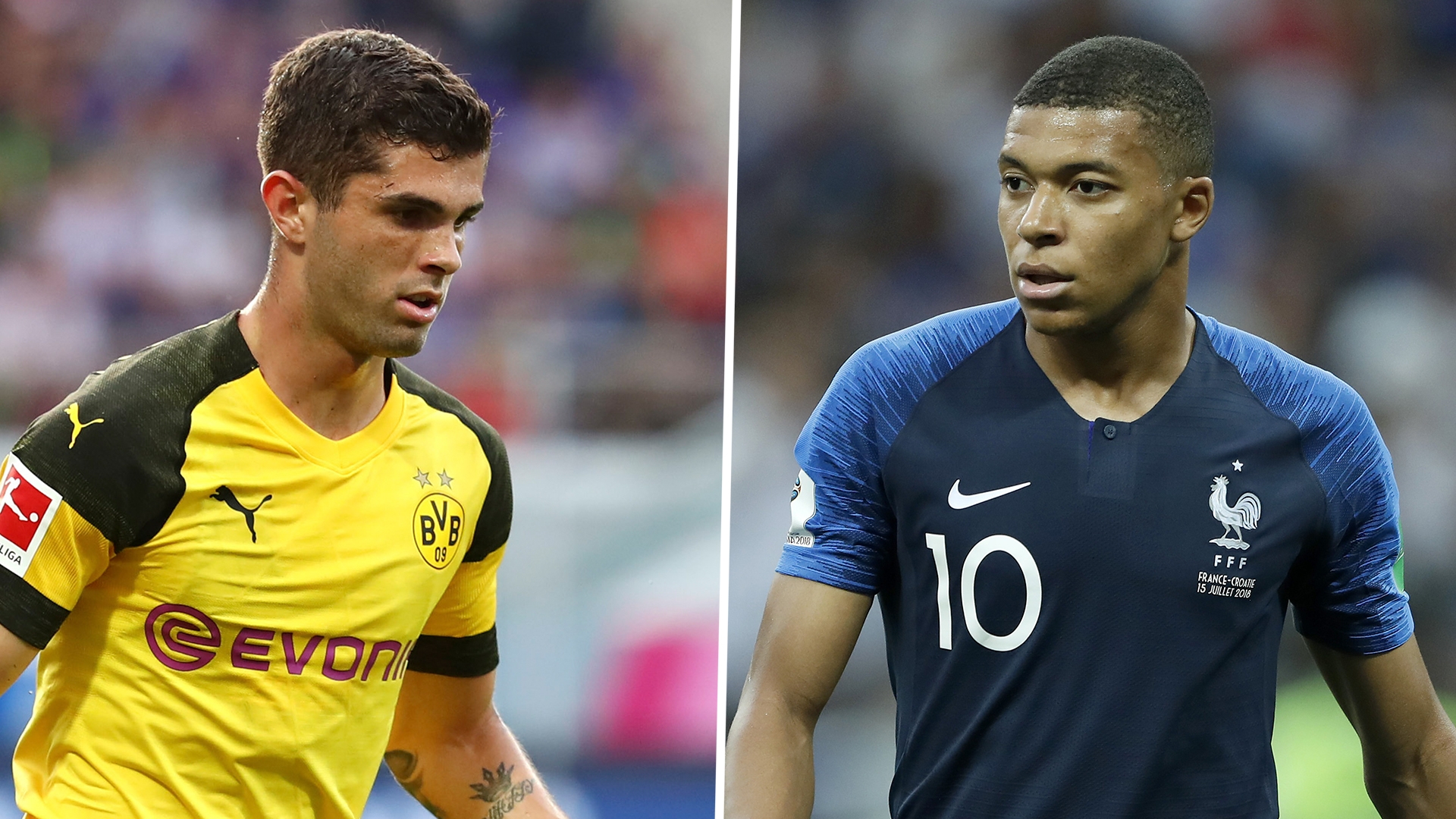 Their summers could hardly have been more different.

While Kylian Mbappe exploded, his performances helping France to World Cup glory and announcing him to a global audience, 7,000 kilometres away another of world football’s teenage stars was enjoying an altogether quieter time.

Christian Pulisic was not in Russia, of course, his USA side one of a number of high-profile absentees from perhaps the most exciting tournament in recent memory.

So while Mbappe, three months his junior, was lighting it up, Pulisic was keeping a low profile. He went home, to Hershey, Pennsylvania. He switched off, met up with friends and family, tried to unwind after a long, at times stressful campaign. World Cup? What World Cup?

And then, curiosity got the better of him. On came the TV. Out came the fan in him. He saw Mbappe. Like the rest of us, he marvelled at what he was achieving.

“I definitely tried to take a few weeks off from the game after the season ended,” Pulisic tells Goal in an exclusive interview. “But that doesn’t mean I don’t follow it still!

“I love watching the game, and I loved watching the World Cup. Of course I’d rather have been involved myself, but it was a great tournament. I couldn’t miss watching something like that!”

So does seeing Mbappe, a peer, doing what he did give him inspiration?

“Absolutely,” he says. “Seeing what a good tournament he had, it’s definitely inspiring.

“Obviously I’d love to have been a part of it all myself, but it’s cool to see young guys like him doing well on a stage like the World Cup. He was so good.”

Listening to Pulisic, it is easy to forget that, like Mbappe, this is a staggeringly young footballer. At just 19, he has already packed more into his career than some will in a lifetime. He is closing in on a century of appearances for Dortmund, while for the US national team he is THE great hope, the man to guide them out of the darkness of 2018 and towards a brighter future. Some observers already believe him to be the greatest American footballer ever. He turns 20 in September.

His is a star in the ascendency, for sure, though he is mature enough to reflect on a difficult 12 months, a season of turbulence and inconsistency at Dortmund coupled, of course, by the disappointment of missing out on the World Cup.

But what’s the saying; you either win or you learn? Pulisic learned last season, undoubtedly. Now, with a new coach, Lucien Favre, installed at Dortmund, he is ready to step up to the plate once more.

“There is a lot to take from last year,” he says. “Of course we didn’t have all the success we wanted, but you can still learn a lot.

“We’ve had a lot of changes, we have some new players in and we can see what we can build off from last season.”

Dortmund ended the campaign fourth in the Bundesliga, crucially securing Champions League football in the process. And with Favre, the respected Swiss coach, having replaced Peter Stoger, there is optimism around Signal Iduna Park. Impressive pre-season showings, in particular against Manchester City and Liverpool, where Pulisic stole the show, have only underlined that fact.

“I think the big thing is stability,” Pulisic says. “It’s about getting to know the new players and having a good relationship with our coach.

“Last season we had a good start, but we couldn’t really keep it going. This year we need to keep that consistency for the whole year and be a tough team to play against all year long. That’s definitely our goal for the season, and something we want to build on.”

And has Favre, a manager known for possession football and an obsession for tactical detail, started to stamp his mark yet?

“It’s a normal process, getting to know a new coach,” Pulisic adds. “It’s been pretty good so far, I think, pre-season has gone well. I think we have looked good in our games.

“Now it’s about finishing off pre-season strongly and being 100 per cent ready when the Bundesliga season comes around.

“We want to grow from last season and do better in the Bundesliga. We always want to secure our Champions League spot of course, and to get more points than we did last season. That’s always the goal.

“When it comes to cup competitions and the Champions League, it’s always about going as far as we can. Getting out of the group stage is the first objective, then after that we will see.”

One thing is for sure, with Pulisic fit and firing, Dortmund should not be written off. The boy is ready to become a man. Defences beware.