Handed the No.9 shirt upon his arrival in north London in 2011, the South Korea international will go down as one of the Gunners' biggest flops

This has been a difficult season so far for Arsenal, with questions being asked about both their misfiring attack and the role of Mesut Ozil.

For all the tribulations of Pierre-Emerick Aubameyang and Alexandre Lacazette, however, none of the Gunners’ current front line have posed coaches and supporters quite as many questions as the mysterious signing of Park Chu-young.

Park ranks as one of the most forgettable No.9s in English football history, going from potentially becoming Arsenal’s main man in attack to one league appearance in three years at the Emirates Stadium.

His prolonged absence from the first-team picture makes Ozil look like he is merely taking a Bank Holiday break.

South Korea international Park joined Arsenal from Monaco towards the end of the summer transfer window in 2011, moving in a £3 million ($4m) deal.

It appeared at first that manager Arsene Wenger had pulled off quite the coup, stealing Park from under the noses of Ligue 1 side Lille after the forward walked out of a hotel room while waiting for a medical with the French outfit having been informed of interest from the Gunners.

Lille officials discovered that his hotel room was empty and, having been given no notice of where he was going, they were able to track him down at the Eurostar terminal, where Park told them he was heading for England to sign for Arsenal.

There were further questions about Park’s military service - all able-bodied South Korean men must begin their service before the age of 28 unless exempt - meaning that Arsenal faced losing Park, then 26, for a significant period of time.

His move was initially welcomed in Korea however, and was endorsed by Cho Kwang-rae, the national team manager at the time.

He said: "He [Park] will be playing many games in the Premier League, he will be able to grow into a better player. It might be helpful for the national team." 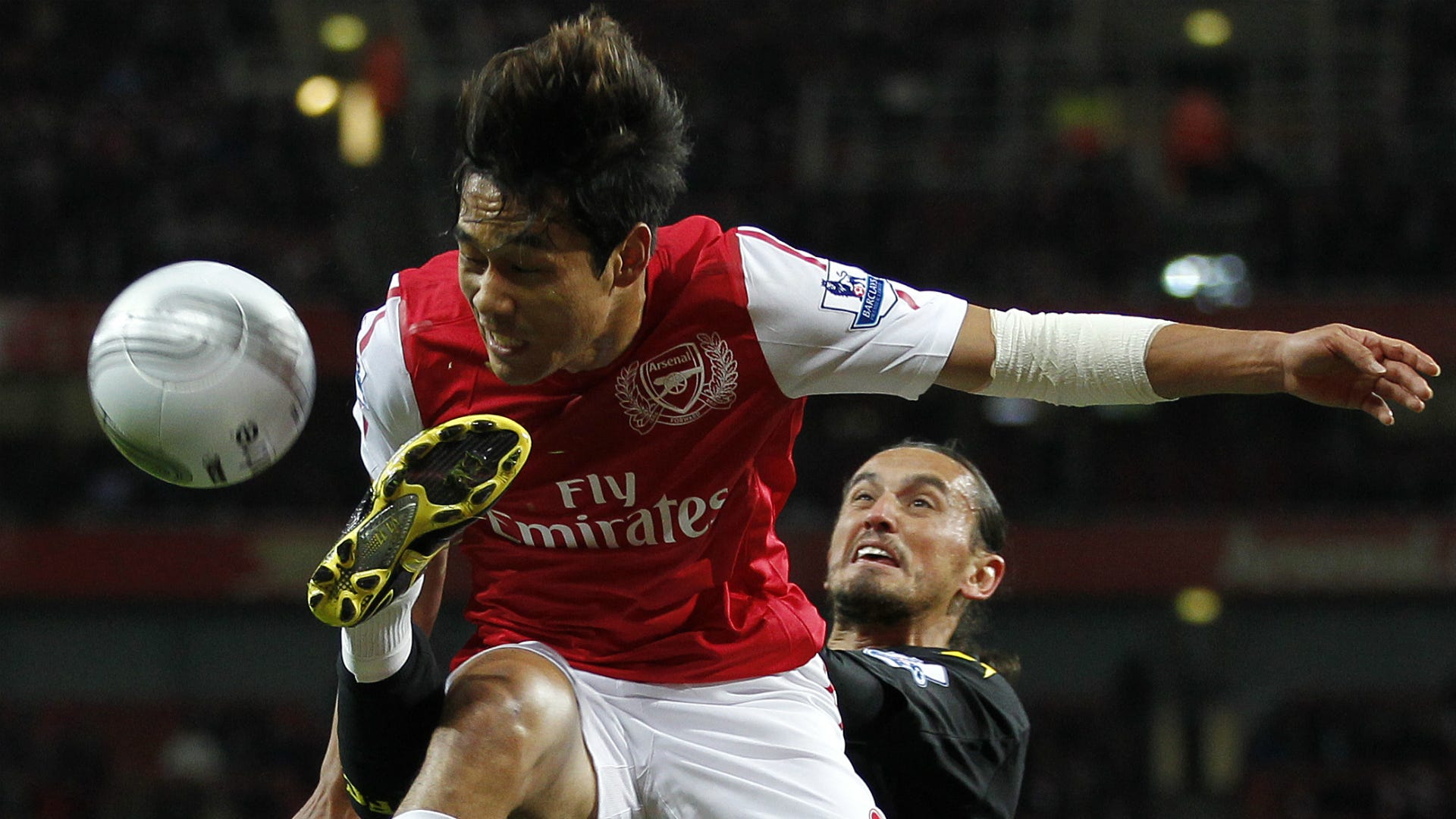 There were immediate signs, however, that Park had problems. Although he scored the winner in a 2-1 League Cup win over Bolton Wanderers, his Champions League debut for his new club in November 2011 proved to be a disaster.

Park was badly off the pace in the goalless draw against Marseille, and was replaced after an hour, with Wenger commenting afterwards: "He did very well last week. Tonight you could see that he lacked the pace of the game a little bit because he has not played enough games.”

Not playing enough games was soon the theme of Park’s Arsenal career. In the 2011-12 season, he appeared on only six occasions, with only one of those coming in the Premier League. It would prove to be his only English league appearance.

The issue of military service had also reared its head, though Park managed to swerve this obligation by obtaining a 10-year Monaco residency visa from his time with the principality club.

It did not help his career at Arsenal though, while it also alienated supporters back home in Korea, who accused him of being unpatriotic. Park later apologised for his decision.

Ultimately, as a No.9, Park’s early Arsenal career was stymied by Wenger’s preferred 4-5-1 / 4-3-3 formation, into which he was thrown as a last-minute signing with no English football experience and with little time to prepare.

This was also a side struggling badly to recapture the 'Invincibles' glory years, with Wenger’s Arsenal tenure well into its long, slow decline.

With Robin van Persie converted from winger to central striker and taking to the role like a duck to water, Park was squeezed out.

Wenger then re-signed club legend Thierry Henry on loan in January 2012, while arrangements were made for Germany star Lukas Podolski to sign in the summer. Park was now a forgotten man – as evidenced in early August when Podolski was handed the No.9 shirt and Park was bumped down to No.30. 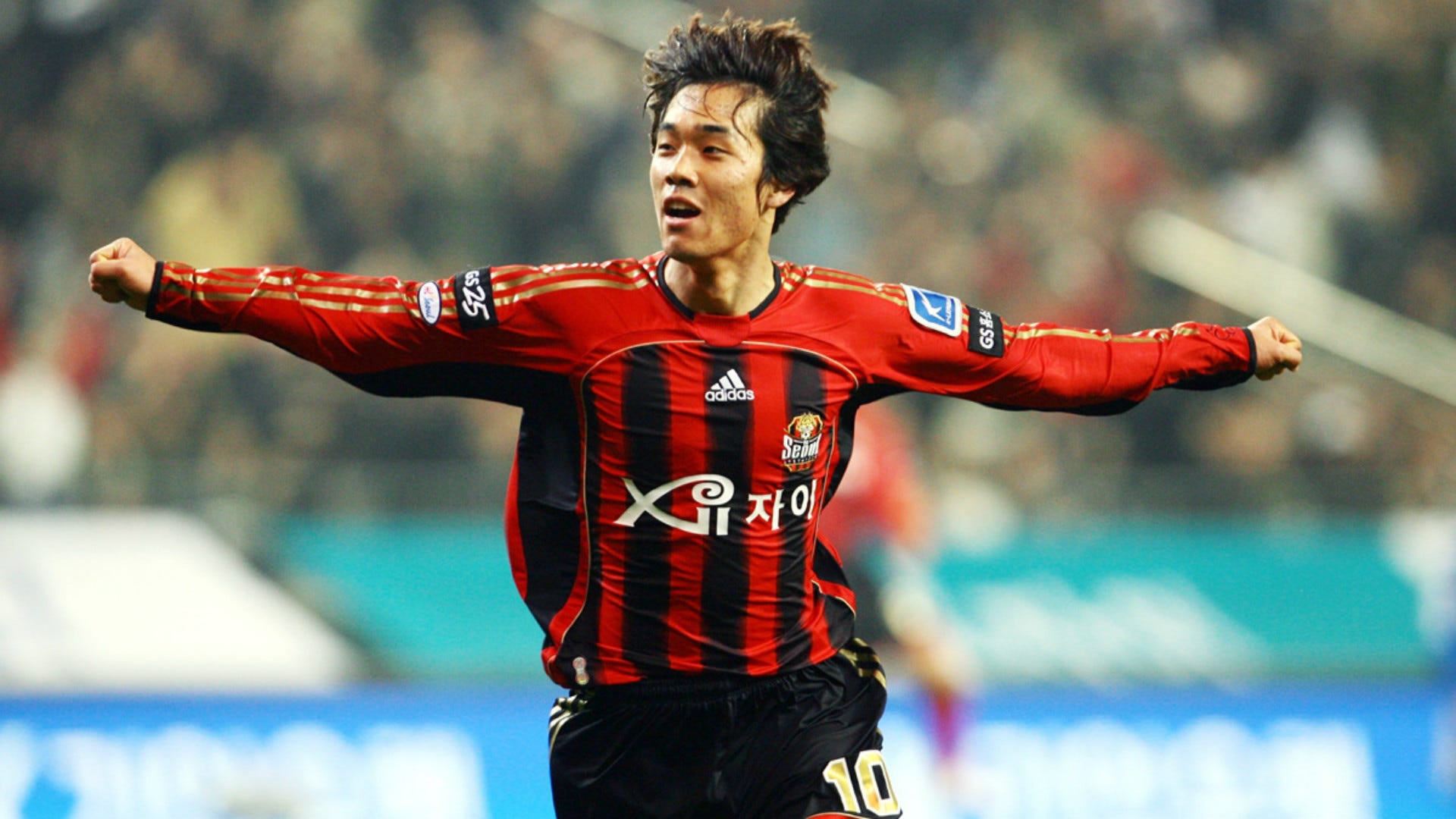 Loan spells away from Arsenal followed. He spent a season with Celta Vigo, scoring just four goals in 26 matches for a club that only avoided relegation from La Liga by a single point.

He then returned to Arsenal for 2013-14 - a final attempt to make a mark of any description at the club.

He returned to the side in October 2013, making his first Gunners appearance for 14 months as an 81st-minute substitute, replacing Aaron Ramsey in the League Cup against Chelsea.

Arsenal lost that game 2-0, and those nine minutes represented Park’s only first-team action of the campaign. He never played for the club again.

Park’s career in European football also ended at that point as, following his release in 2014, he spent the following season with Saudi Arabian side Al-Shabab before returning to FC Seoul in his homeland.

Now 35, Park continues to represent Seoul and is a highly respected figure in Korean football, capable of scoring some quite magnificent goals.

He has played at two World Cups and also featured for Korea at the London 2012 Olympic Games.

Clearly a capable forward, Park is a case of being in the wrong place at the wrong time, and only having a reputation as one of the Premier League’s worst No.9s to show for it.