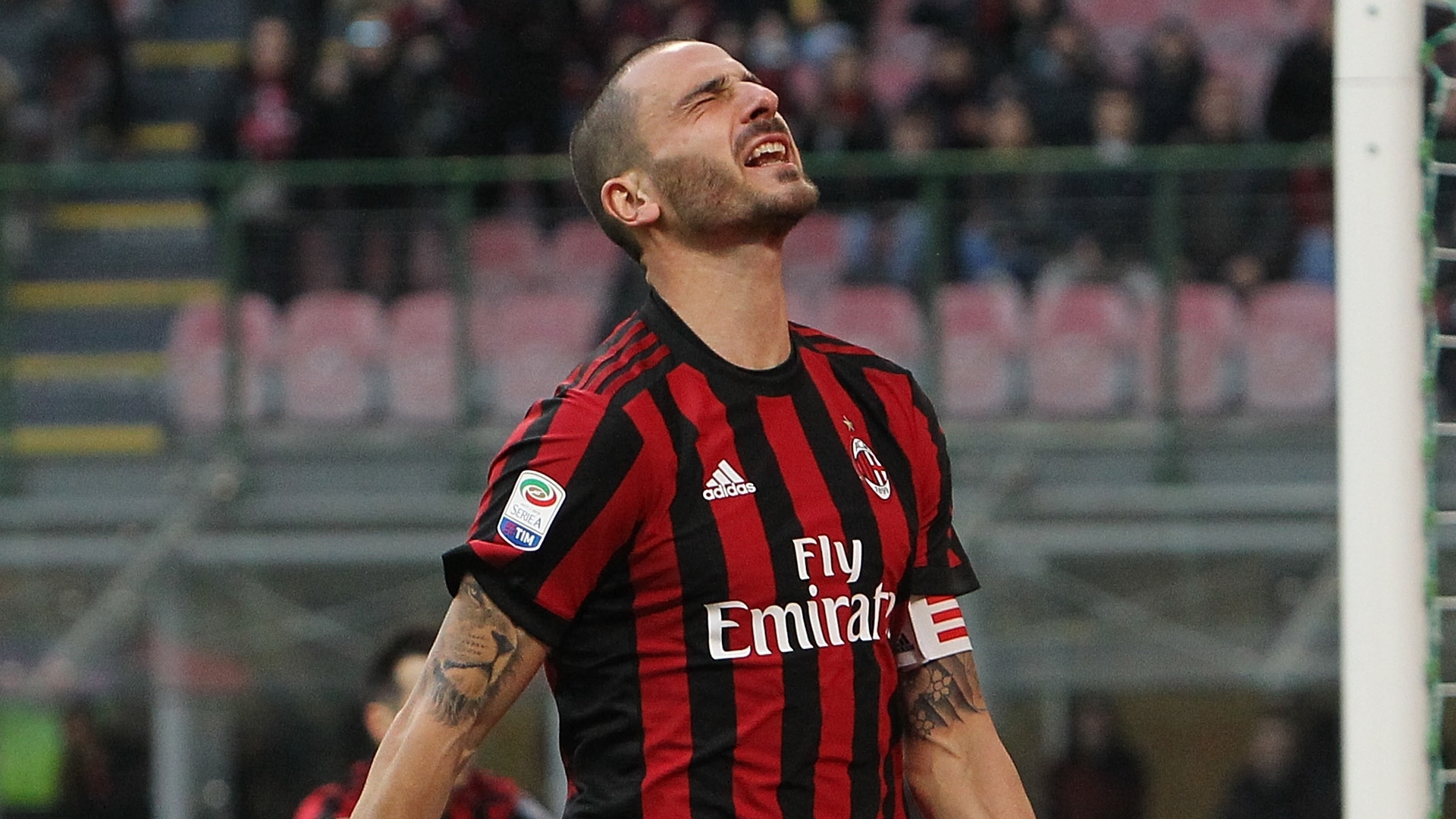 The defender sealed a shock move from Juventus to the San Siro in the summer, but is unhappy with his new club's form

AC Milan defender Leonardo Bonucci is already looking for a way out of the club, mere months after joining in a shock move from Juventus, sources have told Goal .

Bonucci moved to San Siro for a fee of €40 million in the summer, and was immediately handed the captain's armband at the club.

However, Milan have endured a nightmare start to the season and currently sit eighth in Serie A, 18 points behind leaders Napoli, having sacked manager Vincenzo Montella and replaced him with former midfielder Gennaro Gattuso.

While Milan are insistent that they will not sell any first-team players over the winter period, it is understood that intermediaries are keeping tabs on whether the Italy international could be lured abroad.

Bonucci has been linked with Manchester City, most recently last summer, though the club were unable to convince him to move away from Italy.

Were the 30-year-old to call time on his short stint in Milan at the turn of the year, Bonucci would be eligible to play in the Champions League, but it is unlikely that the club would allow him to leave for less than the €40m they paid for him in the summer.

Chelsea manager Antonio Conte coached Bonucci for three seasons at Juve and may be tempted into a bidding war, though it appears far more likely that any move for the player would materialise in the close-season, instead of in the coming month.

Bonucci has played in 15 Serie A games thus far this season, and has been on the winning side just six times.