The YouTuber started his career playing FIFA and is now also known for his Twitter beefs and boxing fights. But how much is he worth?

YouTube sensation KSI is one of the biggest names on the video platform and has successfully expanded his career into music, boxing and beyond.

KSI rocketed to fame as a FIFA player in 2009, posting videos of himself playing the football video game, as well as occasionally other popular video game titles such as Grand Theft Auto.

However, the influencer may now be recognised more for his boxing fights against other YouTube personalities and for launching a music career, focusing mostly on 'diss' tracks.

So how much does the YouTuber earn per year and what else does he do? Goal takes a look.

What is KSI's net worth?

KSI has been reported to earn £2.9m ($4.5m) a year through his work as a YouTuber, although his earning is subject to fluctuation depending on his activity as he isn't paid a salary by the company but earns money from advertising revenue and sponsorships. The Sunday Times report that his videos can generate up to £250,000.

In comparison, KSI is worth slightly more or less than Logan Paul and Jake Paul, who are worth £14.3m ($19m) each, depending on which valuation you choose to believe.

Alongside his channel, KSI has branched out to creating music videos and has taken part in several boxing matches against other YouTube stars with prize money expected to boost his overall net worth.

Having already fought to a majority draw against Logan Paul in a white-collar amateur boxing match, KSI tussled with his YouTube rival again in 2019, with Eddie Hearn leading the promotion.

The rematch fight took place on November 9, 2019 at the Staples Center in Los Angeles, California, with KSI winning after critical point deduction for Paul.

One judge had ruled 56-55 in favour of Paul, though the remaining two ruled in favour of KSI 57-54 and 56-55. Paul was involved in a controversial knockdown in Round 4 where it looked as if he had hit KSI while his opponent was down. The referee, then, told the judges to take two points away from Paul, and he could be heard saying, "You can't do that s—." 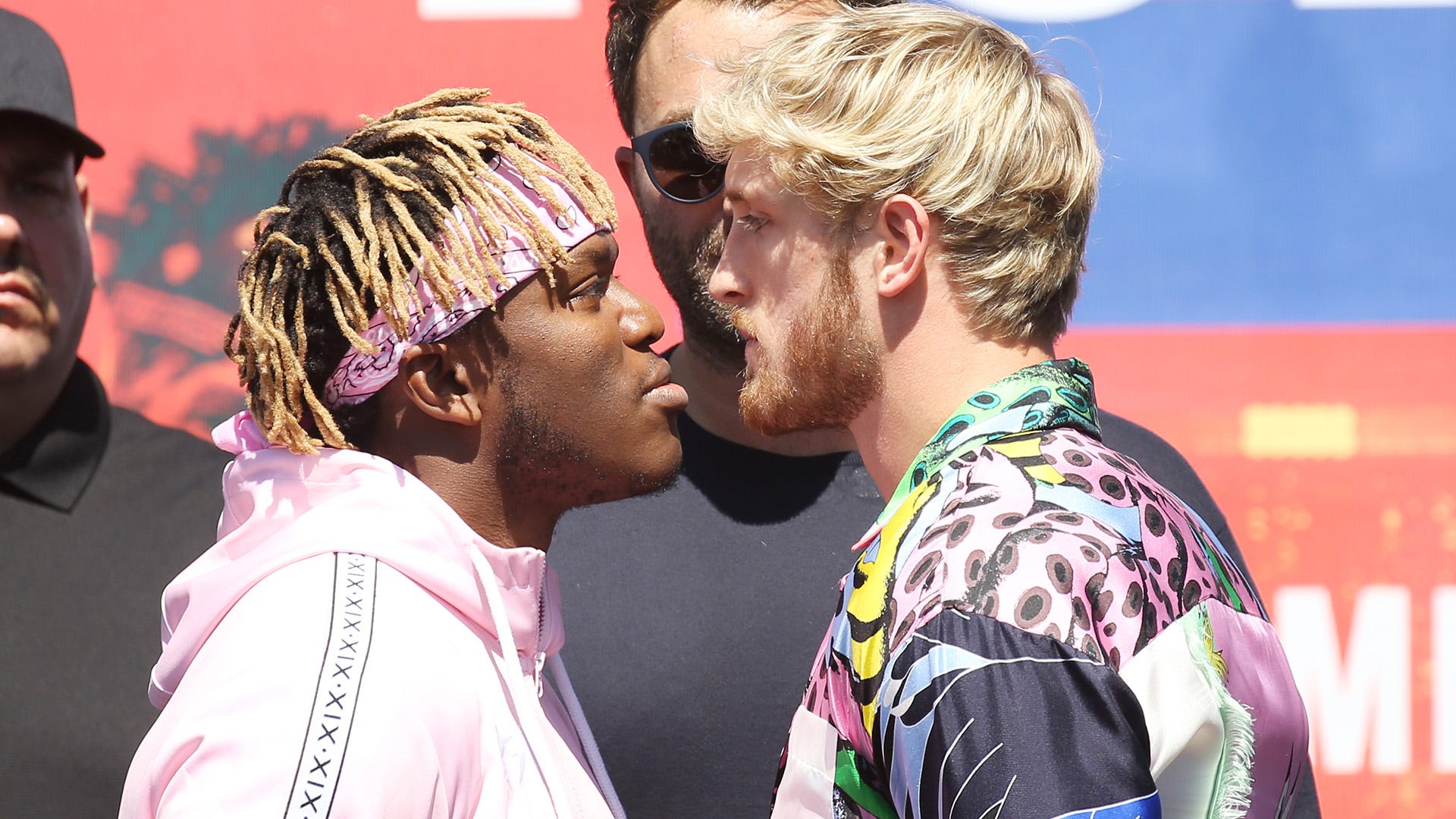 He launched his first YouTube channel in 2008 but his most successful one, KSIOlajidebt, was launched in 2009 and to date, has nearly five billion video views, with more than 20 million video subscribers.

While making videos catered around FIFA he also competed in eSports competitions and most notably beat Virgin Gaming co-founder Zach Zeldinfull in a game of FIFA.

During that time, he and four other gaming YouTubers formed a group called the Ultimate Sidemen, later expanding to make seven members in total.

In 2017, due to internal conflicts, KSI left the Sidemen group and went on to release 'diss' tracks against several members. However, a few months later he re-joined the Sidemen group - a move which led to accusations from many other YouTubers that the conflicts were fake and designed to generate views on KSI and the other members of the group's videos.

YouTube personality Joe Weller also released a 'diss' track of his own aimed at KSI and led to a Twitter row between the pair. Following the Twitter argument, they announced they would be taking part in a boxing match against each other. This took place in February 2018 and saw KSI win the fight in the third round by technical knockout.

In August 2018, KSI took on Logan Paul in the most lucrative non-professional boxing event of all-time alongside his younger brother Deji, more commonly known as his YouTube channel name ComedyShortsGamer, who took on the younger of the Paul brothers Jake Paul.

KSI's first fight with Logan Paul ended in a draw and is estimated to have earned in excess of £37m ($50m) in streaming revenue.

Which football team does KSI support?

KSI is an Arsenal supporter and has been involved with AFTV.

He has also created videos with various current and former Gunners including playing FIFA against Alex Oxlade-Chamberlain and Mesut Ozil.

During the 2018 World Cup, KSI posted an Instagram post showing his allegiance to Nigeria, but has also shown support for England's men's and women's teams.