What is Megan Rapinoe's net worth and how much does the USWNT star earn? 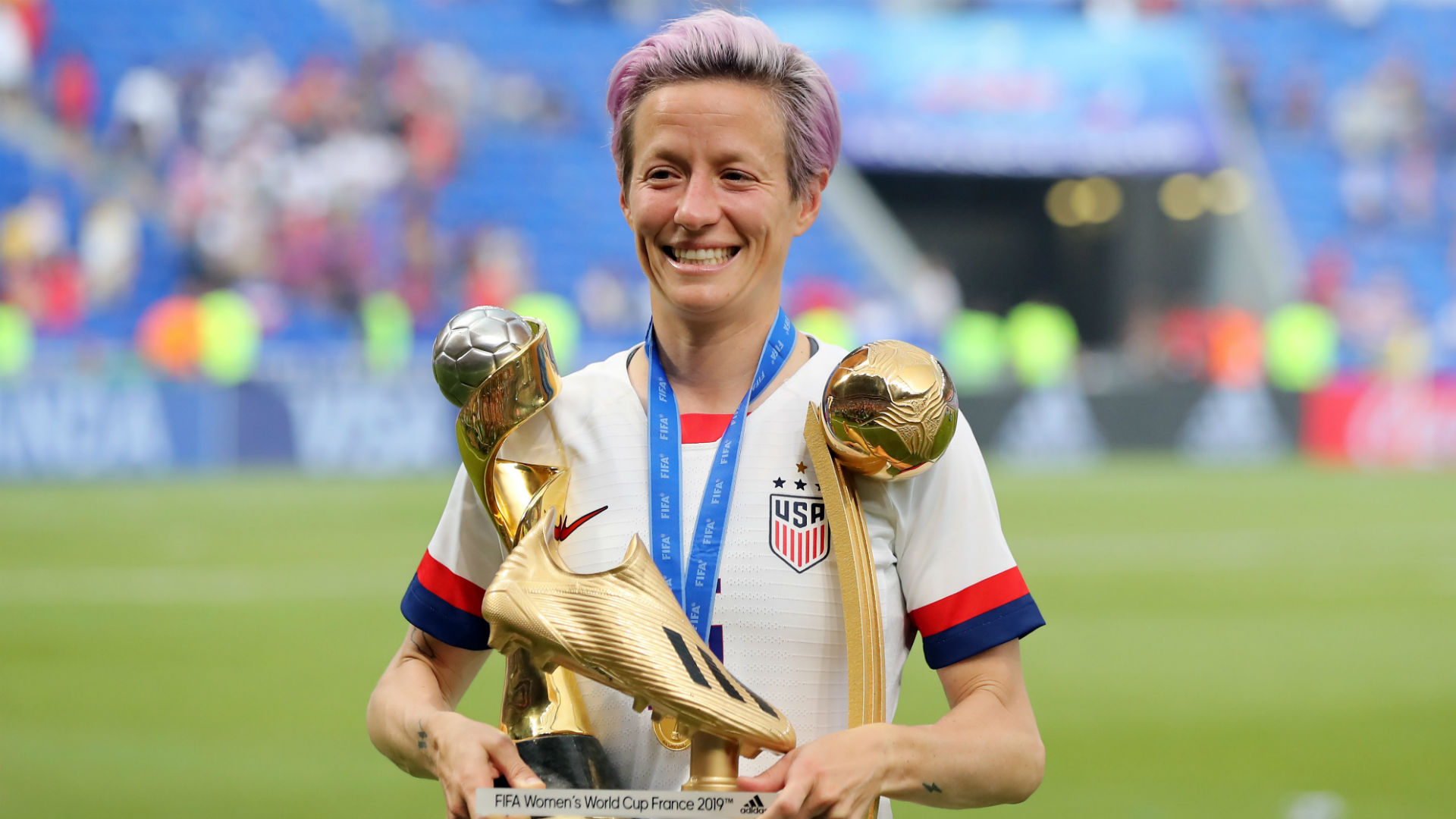 The USWNT midfielder played an incredible role in her side's fourth World Cup title triumph, and Goal looks into how much she is worth

She currently captains her club Reign along with the current iteration of the USWNT, who claimed a historic fourth world title in France. She was a standout performer of that summer, winning the Golden Boot, Golden Ball and named Player of the Match for the final against the Netherlands.

The winger isn't just an influence on the pitch, however, being an openly gay female footballer and consistently speaking out on topics such as LGBTQ+ rights and gender discrimination within sport.

But how much is Rapinoe worth, and how much does she earn? Goal takes a look.

What is Megan Rapinoe's net worth?

Rapinoe's net worth is placed at $2 million (£1.58m) according to Celebrity Net Worth.

How much does Megan Rapinoe earn?

Though Rapinoe is one of her country's veteran players, she doesn't earn anywhere near as much as the likes of her team-mates in Alex Morgan or Julie Ertz, who are some of the highest-earning female soccer players, mainly due to their various endorsement deals.

With the maximum salary in the NWSL (National Women's Soccer League) being $46,200 (£36K) per year, and with Rapinoe not having as many commercial or sponsorship deals as other USWNT members, it is safe to say that she earns a great deal less than Morgan's reported $3.5m a year.

What sponsorships does Megan Rapinoe have?

Rapinoe has a number of endorsement deals with various brands and companies, such as Nike, and has appeared in multiple commercials.

She has also signed deals with Samsuing, as well as having appeared in advertisements for clothing company Wildfang, and has begun a partnership with medical device company DJO Global.

The USWNT star appeared in television spots and print advertisements for Vitamin Water in 2016, and also featured in a Nike commercial that same year with Cristiano Ronaldo.

Dear Lil’ Pinoe. Always believe in your game... I partnered with @ReignFC and @Microsoft to imagine what I’d say to my younger self if I could go back in time and give her some advice. Here’s to empowering today for tomorrow. https://bit.ly/2WuYwUp

She also has partnerships with Microsoft and uses her sponsorship deals to raise awareness about women's sport, as well as being an LGBT-identifying athlete.

How many social media followers does Megan Rapinoe have?

In total, at the time of writing, the midfielder had a following of 2.2 million on her Instagram, followed by around 900,000 on her Twitter.

LFG and get some dome smooches!

What charity work does Megan Rapinoe do?

Rapinoe is a vocal advocate of women's football and is an outspoken activist on issues such as the gender pay gap, LGBTQ+ awareness and gender discrimination within the sport.

The winger came out as a lesbian in 2012 and has done philanthropic work for the GLSEN (Gay, Lesbian & Straight Education Network) as well as the United States Olympic Committee. She became an ambassador for Athlete Ally, a non-profit organisation that centres on ending homophobia and transphobia in sports, in 2016.

In 2016, she became the first white athlete to kneel during the national anthem in solidarity with Colin Kaepernick, in order to draw awareness to social inequality in the United States.

Rapinoe, in 2019, along with 27 of her USWNT teammates, filed a lawsuit against the United States Soccer Federation accusing it of gender discrimination, and has led the fight for equal pay between the men's and women's teams.

She, along with teammate Morgan, were the first female footballers to join Juan Mata's Common Goal initiative in which they are to donate 1 per cent of their salary to soccer-related charity.

In 2019, Rapinoe stated that she would reject an invitation to visit the White House if her team were to win the World Cup, embroiling her in a spat with the United States president on Twitter.