What is Diego Maradona's net worth and how much does the former Argentina star earn? 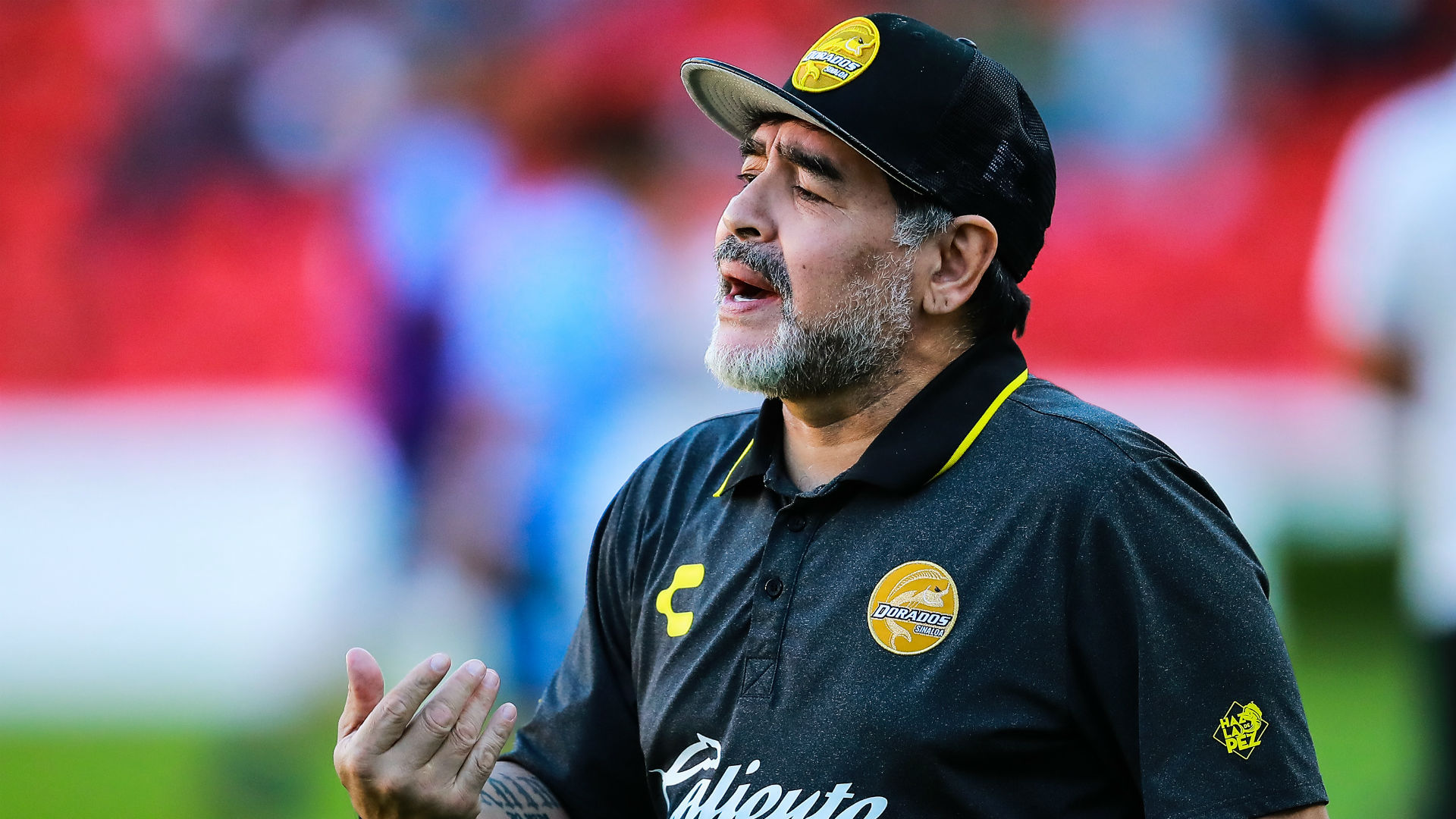 He won a World Cup in 1986 and was the poster boy for Coca Cola at one point in time, but how much is the Argentine icon worth?

Diego Maradona is without doubt one of the greatest footballers of all time, revered the world over for his phenomenal skills and feisty personality.

His wondrous talent inspired Argentina to a World Cup triumph and brought him across the world to clubs such Boca Juniors, Barcelona, Sevilla and Napoli.

After hanging up his boots in the mid 1990s, Maradona transitioned into the world of coaching and has steered the fortunes of his country as well as clubs in the United Arab Emirates and Mexico.

Such a glittering career would have brought all sorts of financial rewards, but how much exactly is El Pibe de Oro worth? Goal takes a look.

What is Diego Maradona's net worth?

Maradona's net worth is estimated at $100,000 (£75,000), despite enjoying a playing career which spanned two decades and saw him ply his trade with the likes of Barcelona, Napoli and Boca Juniors.

The World Cup winner may have inspired Napoli to two Serie A titles and a UEFA Cup in the late 1980s and early 1990s, but he has been in a long-running dispute with the Italian government over taxes.

Maradona told Corriere della Serra in 2016 that the outstanding tax bill had been paid, a claim that is at odds with the comments of Napoli president Aurelio de Laurentiis, who said in 2017 that the Argentine would be a club ambassador as soon as the dispute is settled.

How much does Diego Maradona earn?

It is unclear how much Maradona is earning in his role as manager of Gimnasia de La Plata, which is a short-term deal until the end of the 2019-20 season.

However, it is likely that he is being handsomely remunerated for his services.

Taking that figure as a Maradona's going rate, you can see a breakdown of that wage per week, day and so on in the table below.

Prior to becoming Dorados boss he worked as a FIFA ambassador at the 2018 World Cup in Russia and had put pen to paper on a three-year contract to serve as chairman of Belarusian side Dinamo Brest. However, his venture in Belarus was brief as he made the switch to Mexico.

As well as his coach's salary, Maradona also earns income through endorsement deals with different brands.

What sponsorships does Diego Maradona have?

Maradona has long been a partner of German sportswear giant Puma, who first began working with him during his playing days in the 1980s.

He famously wore Puma football boots at three World Cup tournaments, including Argentina's 1986 triumph in Mexico, and he wore blackout boots at the 1994 World Cup in the United States.

Maradona had a dalliance with Japanese brand Mizuno in the mid 90s, but returned to Puma shortly afterwards and has been with them since, with Puma even releasing a range of boots in tribute to the star.

As well as Puma, Maradona has had endorsement deals with Coca Cola, Hublot and Konami (as part of their Pro Evolution Soccer series).

How many social media followers does Diego Maradona have?

Though it may be difficult to picture Maradona checking out social media on his phone, the 58-year-old is quite active on two platforms, namely Facebook and Instagram.

Of the two, he seems to be a bit more active on his Facebook page, which boasts - at the time of writing - 8.8 million followers. Maradona's Instagram page lags behind, but with 5.6 million followers on that platform, he still has a considerable cyber fan-base.

Despite being one of the best footballers of all time, Maradona's online appeal pales in comparison to his modern-day counterparts. Lionel Messi and Cristiano Ronaldo, for example, have hundreds of millions of followers on Instagram alone. Maradona's following is comparable to that of Brazil great Pele, whose numbers are in the low millions.

He generally uses his social media pages to share photos from the training ground, but it is also a platform he uses to pay tribute to footballers past and present, as well as indulging in the occasional bout of nostalgia for his own playing days. As well as that he sometimes shares advertisements for the products he endorses.

What charity work does Diego Maradona do?

Maradona is not particularly known for his charity work, but he has participated in a number of charity football matches in aid of causes such as UNICEF.

In 2010, he helped raise $500,000 for a children's charity at an event organised by one of his sponsorship partners, Hublot, doing so by taking part in a penalty shootout game.