Cristiano Ronaldo may have taken a slight wage cut in swapping Juventus for Manchester United, but the Portugal star remains one of the biggest earners in football and sport in general.

His £13 million (€15m/$18m) move back to the Premier League means that he must re-adjust to the English game, but it hasn't altered his appetite for business.

The Portugal star has more than his fair share of sponsorship deals and enterprises across a variety of industries.

But exactly how much is Cristiano Ronaldo now worth? It's difficult to say exactly but what is clear is that he will be firmly among the highest-paid athletes in the world for a while yet.

Ronaldo is reported to have a net worth of around $500 million (£363m), but no one can really claim to have a bulletproof idea of what Ronaldo is worth except his management company.

The estimated net worth of Ronaldo is slightly higher than that of his long-time rival Lionel Messi, though the Argentine has won more lucrative contracts in recent years.

Ronaldo was ranked third on Forbes' 2021 list of the highest paid athletes in the world, with earnings of $120 million (£87m) - $50 million (£36m) of that was accrued through off-field ventures.

On that occasion, the Portugal captain was behind UFC fighter Conor McGregor, who topped the list, and Messi, who was second.

He was, however, ahead of the likes of Dak Prescott, LeBron James and Neymar, among others. 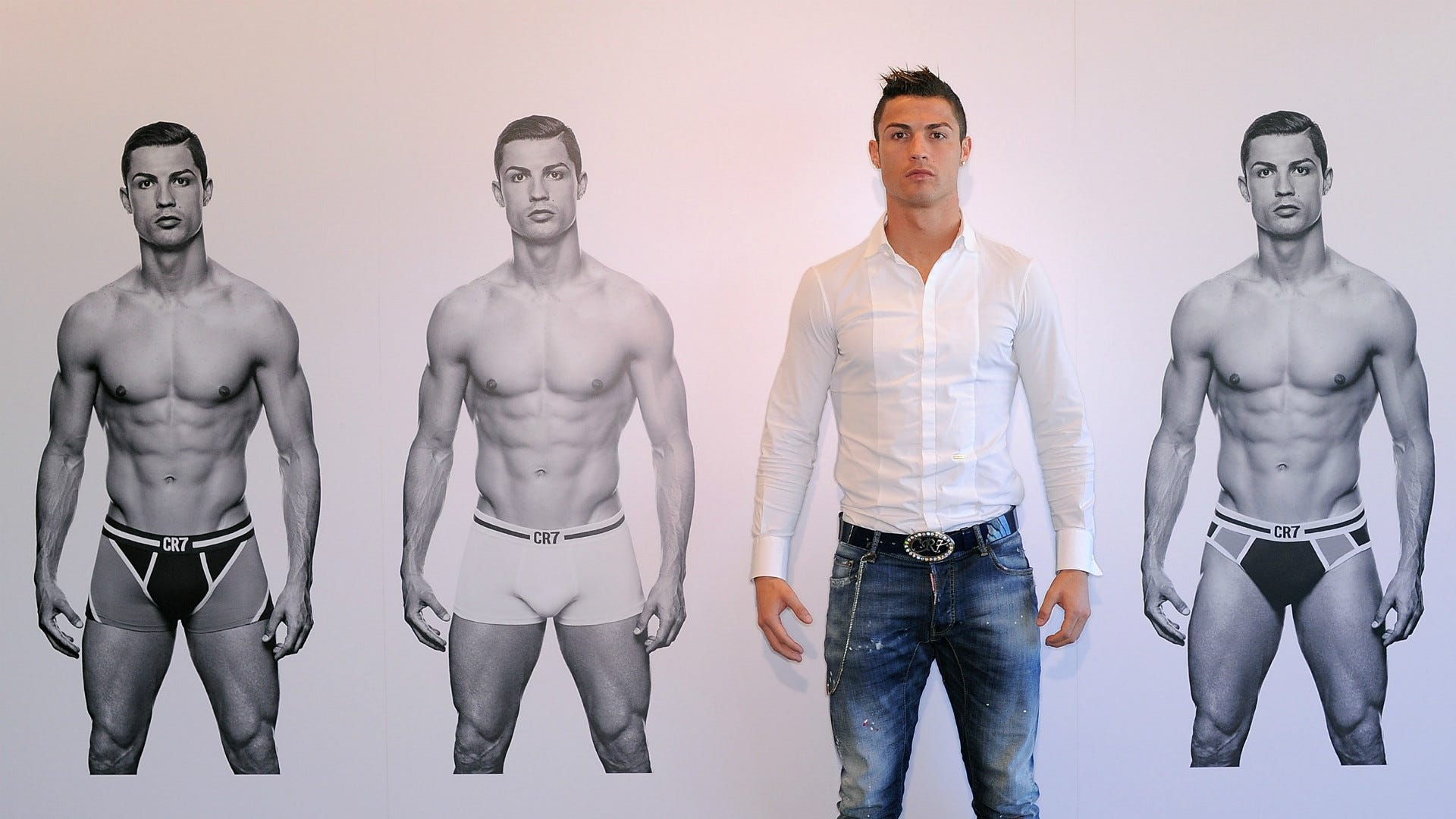 What is Cristiano Ronaldo's salary?

That figure represents a significant pay cut from his €30m ($34m/£26m) a year salary at Juventus.

Prior to his switch to Juve, Ronaldo had signed a contract with Real Madrid in November of 2016, which was reported to be around £365,000 a week before bonuses.

The Portugal captain's contract earnings mean that he is among the most lucratively rewarded footballers in the world.

*Based on reported Manchester United salary

What sponsorship deals does Cristiano Ronaldo have? 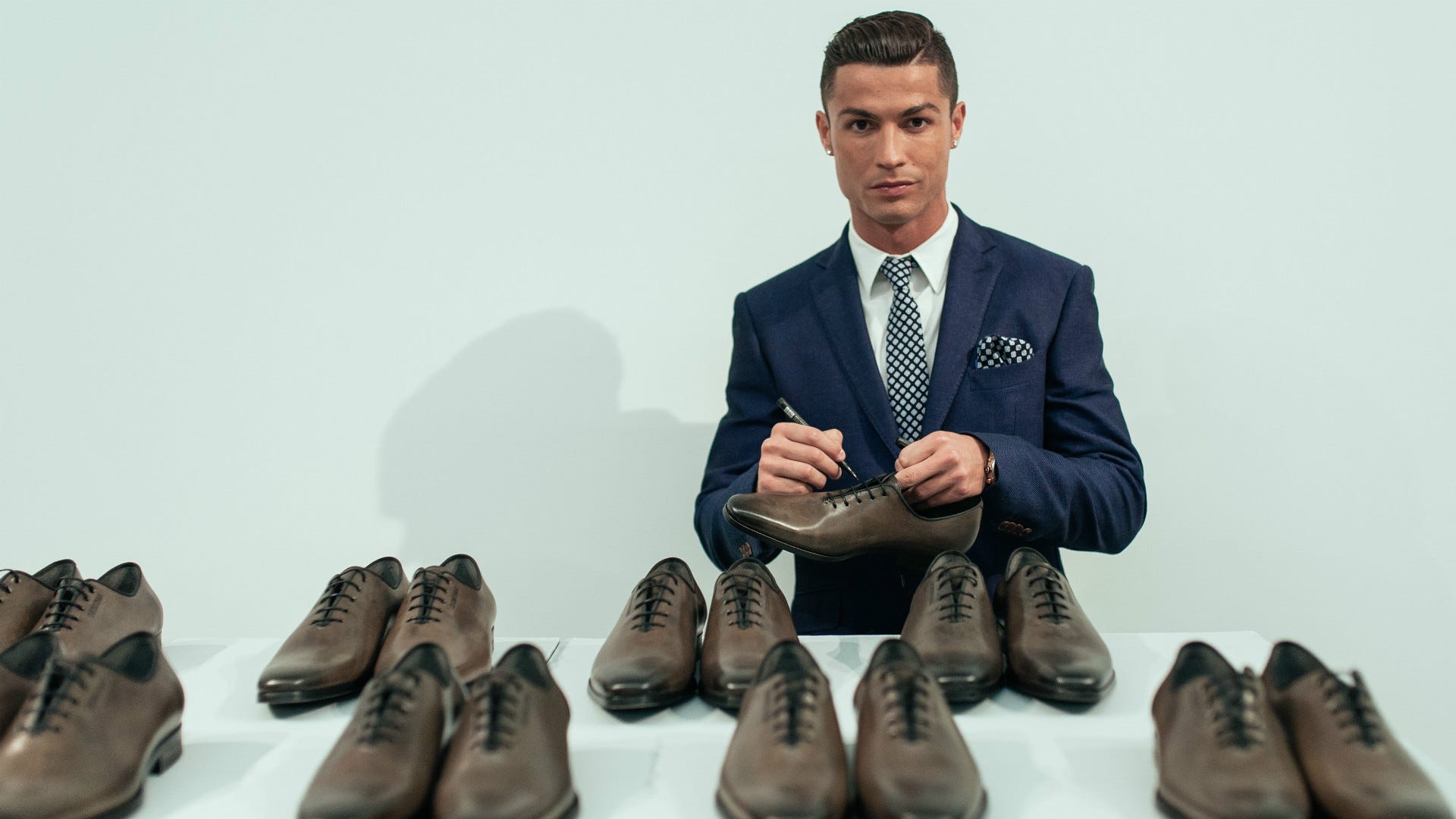 Ronaldo's most significant sponsorship deal is with Nike, which was renewed around the same time he extended his last Madrid contract.

The agreement with Nike is said to be the second lifetime contract the sportswear giant has handed out after it offered similar terms to three-time NBA champion LeBron James. The Los Angeles Lakers icon's deal has been speculated to be worth in excess of $1 billion in total, though exactly how that breaks down year-by-year is kept under wraps.

Naturally, many have assumed that Ronaldo has signed on a comparable basis. Though the $1bn figure seems extraordinary, it is worth noting that sponsorship analysts Hookit estimated that Ronaldo's social-media presence alone was worth an incredible $474m to Nike in 2016.

Prior to the new agreement, most sources had Ronaldo's annual earnings from Nike at a few million less than his old Madrid salary.

Beyond Nike, Ronaldo has had endorsement deals with the likes of Armani, Tag Heuer, Egyptian Steel, Herbalife, Italia Independent, Clear, PokerStars and Castrol.

What businesses does Cristiano Ronaldo have? 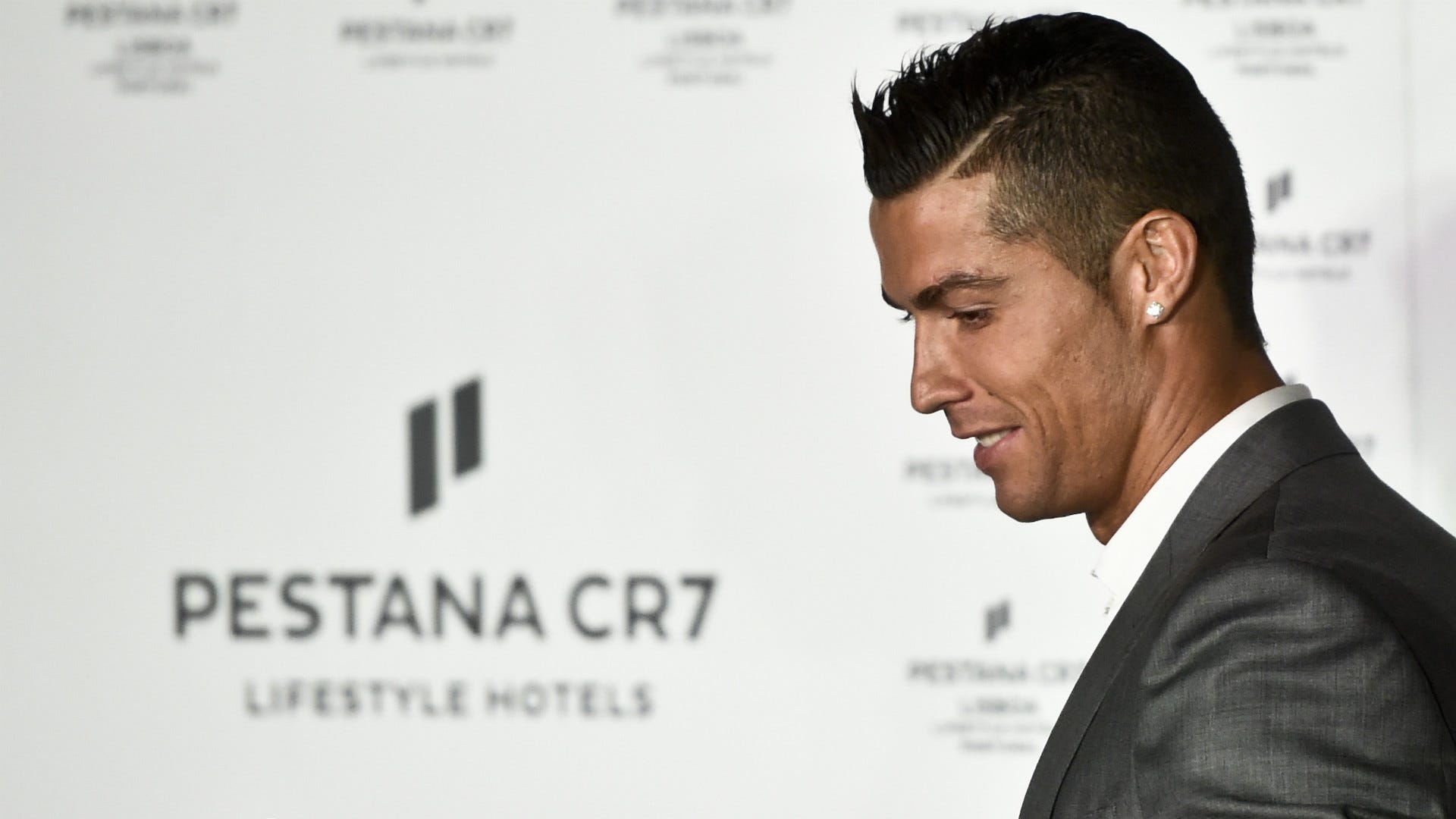 As well as representing a number of major international brands, Ronaldo has created his own around the CR7 image. It is mostly centred on his underwear line but has also evolved to include various other clothing, leisure and home products.

In addition, Ronaldo has a number of hotels - named Pestana CR7 - in Portugal: one in the capital, Lisbon, and another in Funchal, his hometown on the island of Madeira. In late 2016, he expanded into gyms in a partnership with US health company Crunch, with the first outlet under the 'CR7 Fitness' name opened in Madrid.

In March 2019, Ronaldo launched a hair transplant clinic in Spain called Insparya. "This project is going to be a success, as we want to help the Spaniards and the Spanish economy," Ronaldo said at the opening.

Expect to see the 36-year-old expand further into these area as his playing days draw to a close, with Michael Jordan proving that the names of the greatest players retain their value even after retirement.

What charity work does Cristiano Ronaldo do? 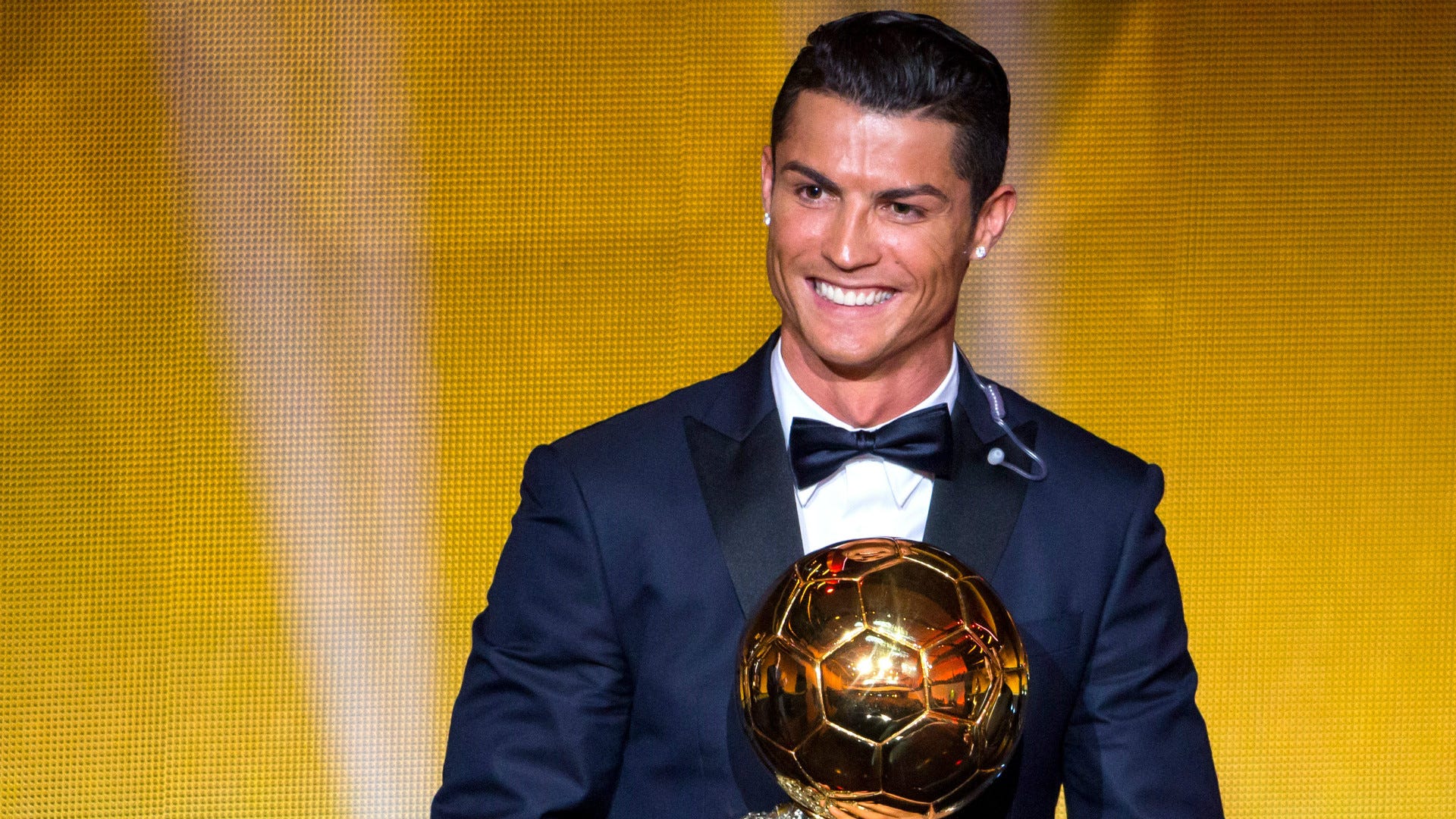 It would be unfair to say Ronaldo does not strive to put some of his fortune towards the greater good - in fact, in 2015 he was recognised by Dosomething.org as the most charitable sports star in the world.

The website acclaimed Ronaldo for using his fame to promote a variety of causes including childhood hunger, obesity and biodiversity and highlighted an $83,000 donation to a 10-year-old fan in need of brain surgery as well as a $165,000 contribution to a cancer centre in Portugal that treated his mother.

After the 2016 Champions League final, it was reported that the ex-Manchester United man instructed his agent Jorge Mendes to donate his €600,000 win bonus to a non-governmental organisation. Ronaldo has supported the likes of UNICEF, World Vision and Save the Children in the past.

A message of hope to the children affected by the conflict in Syria. @SavetheChildren pic.twitter.com/Zsdvu2nuXd

In 2016, Ronaldo recorded a message for the children affected by the conflict in Syria and made what Save the Children described as a "generous" donation to their cause.

In 2021, in partnership with Nike, Ronaldo helped restore an old football pitch in his hometown of Funchal in order to allow a new generation of young footballers to hone their skills. In the same year, the Portuguese funded 24 scholarships to the eCampus Universita.

How many social media followers does Cristiano Ronaldo have? 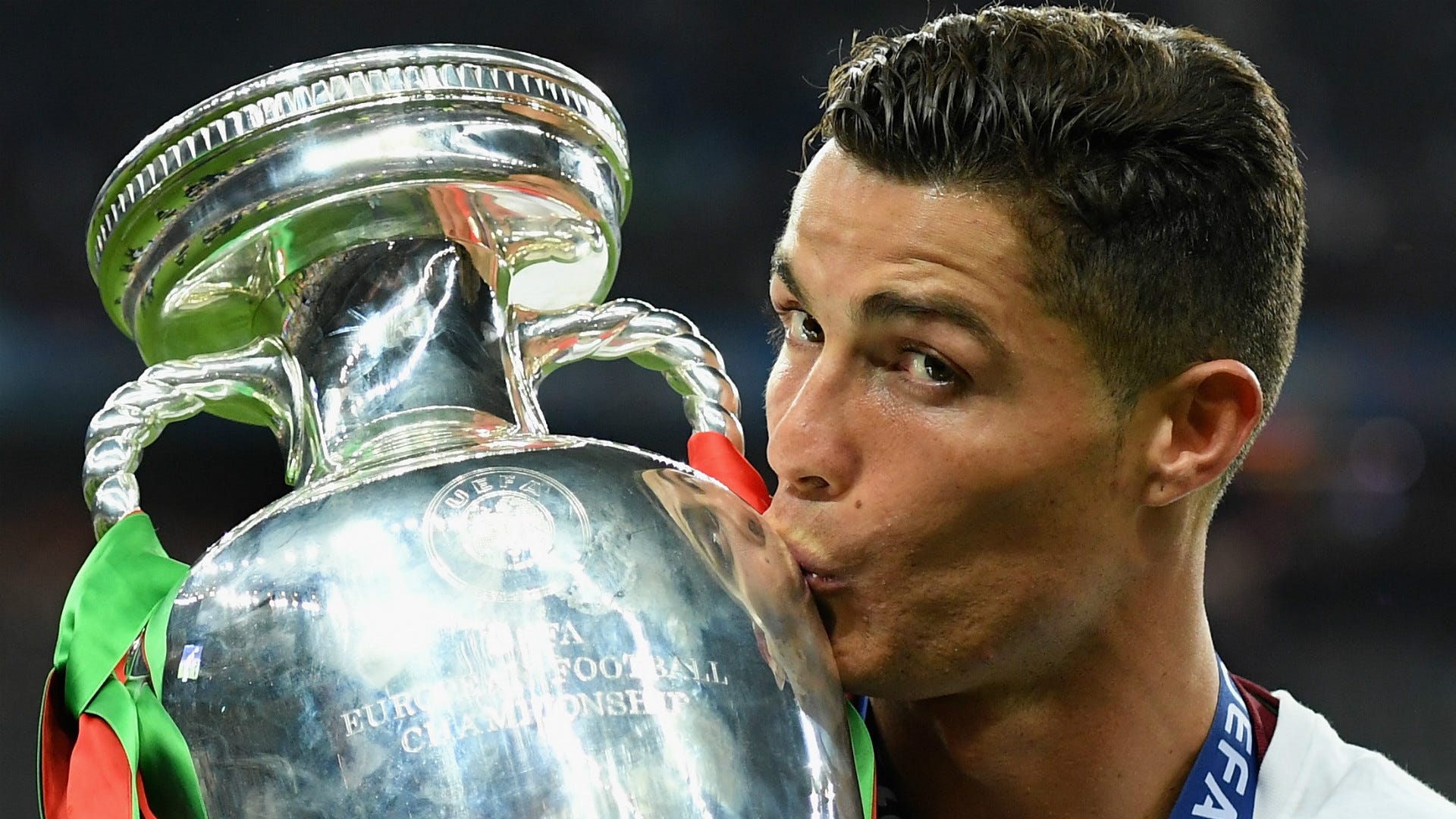 According to Hookit, Ronaldo became the first athlete to reach a combined 200 million followers on Facebook, Instagram and Twitter. As of January 2022, his overall following across those platforms was 641 million.

His Facebook page, in particular, is by far the most popular of any athlete on the platform. Ronaldo has over 150 million followers - far more than Messi's 105 million and even further ahead of the top non-footballer, Dwayne Johnson, also known as The Rock, who is back on 59 million.

On Instagram, meanwhile, Ronaldo also leads the way as the most-followed person with 395 million followers. That places him second overall, behind only the official Instagram account, having gone ahead of Selena Gomez, The Rock and Ariana Grande.