The former striker enjoyed a fruitful playing career which saw him conquer England with Arsenal, Europe with Barcelona and the world with France

Thierry Henry is one of the most recognisable faces in world football having won the highest honours in the game during a career with Arsenal, Barcelona and France.

The former striker lifted a World Cup and European Championship with Les Bleus, Premier League titles with the Gunners and the Champions League with Barca, becoming one of the most marketable players in the game in the process.

His playing ability ensured that he became one of the highest earners in the Premier League, while his off-field appeal allowed him to front numerous advertisement campaigns as he secured plenty of lucrative endorsement deals.

Henry's playing days are over, but the Frenchman's appeal endures as he embarks on a coaching career. Goal takes a look at how much he is worth.

What is Thierry Henry's net worth?

The Richest estimates that Thierry Henry's net worth stands at around $60 million.

During the peak of his playing career, Henry was the ninth most commercially valuable footballer in the world, with the likes of Ronaldinho and David Beckham at the top end of the spectrum.

His status as one of the most marketable stars meant that he earned a significant sum during his playing days, which he would have invested, but he continues to draw in lucrative contracts since hanging up his boots.

How much does Thierry Henry earn?

According to Nice-Matin, the former Arsenal star's salary with Monaco worked out at €350,000 (£310k/$400k) a month, which would mean that he would have been earning roughly the same as Leonardo Jardim. Given Henry's relative inexperience in management, that figure seems more likely than the higher fees reported.

Prior to becoming Monaco boss, Henry had served as Roberto Martinez's assistant, but he did not take home a salary, opting to donate it to charity instead.

He also worked as a pundit and analyst for Sky Sports and was earning a reported £4 million ($5.1m) a year in his role with the broadcaster before taking up the full-time coaching role at Stade Louis II.

What sponsorship deals does Thierry Henry have?

Henry had a number of sponsorship deals with different sportswear manufacturers during his playing career.

He was a prominent member of Nike's roster during the early stages of his career and appeared in a number of commercials, including the famous 'Secret Tournament' production alongside the likes of Ronaldo, Luis Figo and Ronaldinho. 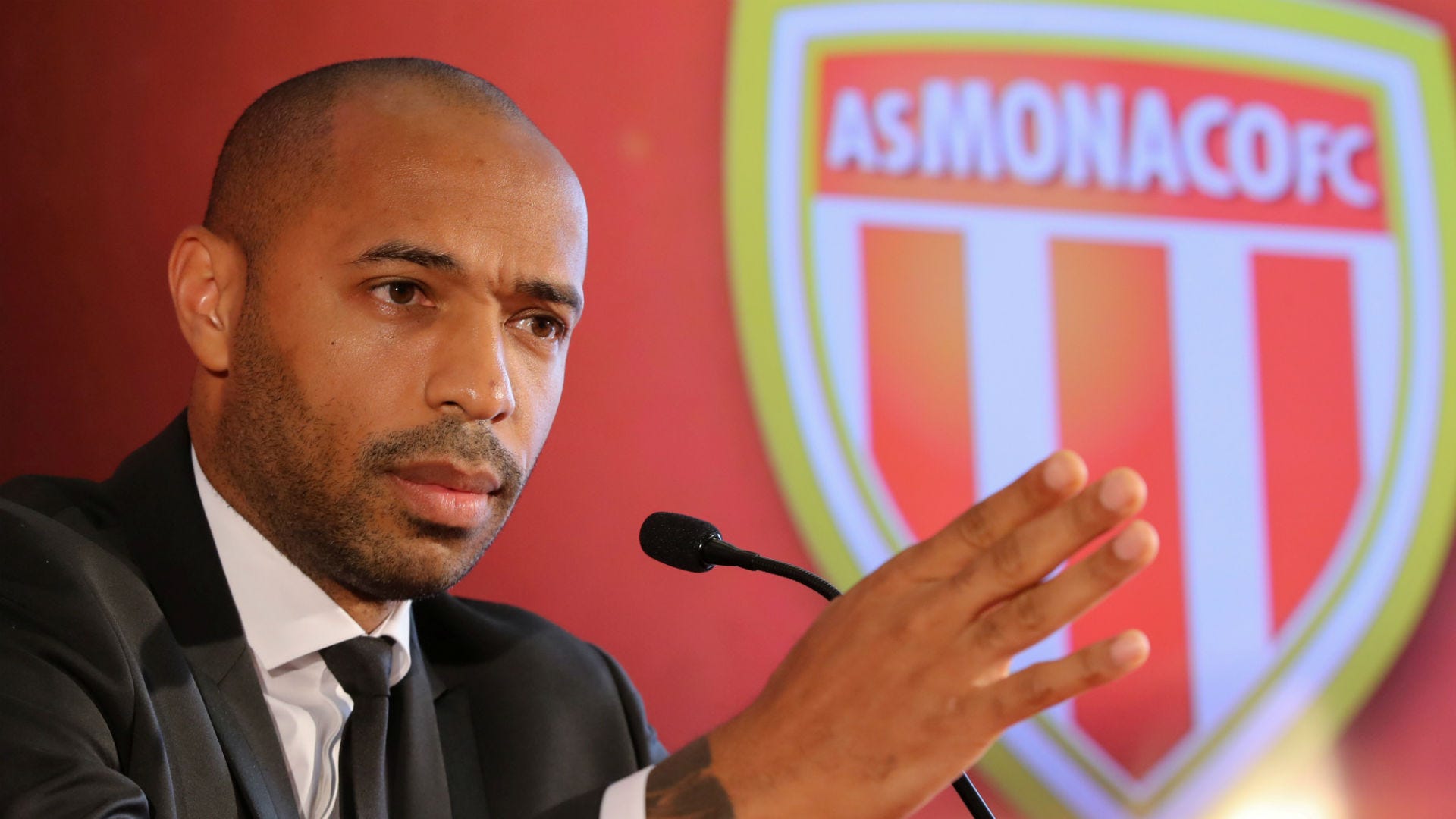 That deal came to an end following the 2006 World Cup and Henry subsequently came to an agreement with Reebok, for whom he appeared in their "I Am What I Am" advertisement campaign along with figures such as rapper 50 Cent, skateboarder Steve Williams and actor Lucy Liu.

Towards the end of his playing career, Henry linked up with German sportswear giants Puma.

The passion of football fans is an amazing part of our game.

It’s great to be back with @Renault_UK as they bring you the #PremierLeague season in partnership with Sky Sports.

We are #withyoualltheway through every moment, bring on the season! #VaVaVoom is back! pic.twitter.com/wywqA4sdLS

As well as sportswear brands, Henry also found himself working with French automobile manufacturer Renault during his career and was the face of their advertisement campaigns for the Renault Clio in the early 2000s, in which he uttered the memorable phrase, "Hey Bobby! What's the French for 'Va va voom'?"

He recently began working with Renault again in 2018, helping to promote their partnership with Sky Sports for the network's Premier League coverage.

During his playing days, Henry also had endorsement deals with Pepsi, Gillette, Gatorade, EA Sports (as part of their FIFA video game series) and Konami (for Pro Evolution Soccer).

In the lead up to the 2014 World Cup, he was a part of a glittering ensemble of football stars used to promote Beats By Dre in their 'The Game Before the Game' commercial, which featured Neymar and Luis Suarez.

What charity work does Thierry Henry do?

The former Arsenal star has been a regular partner of the Prince's Trust, appearing at a number of award ceremonies over the years to present awards.

Henry is also a keen supporter of the Special Olympics, providing funding for projects through the One4All Foundation.

In addition, he has helped to arrange and played in a number of charity football games, with the likes of the Mecenet Cardiac Charity and the Children of the World among the beneficiaries. 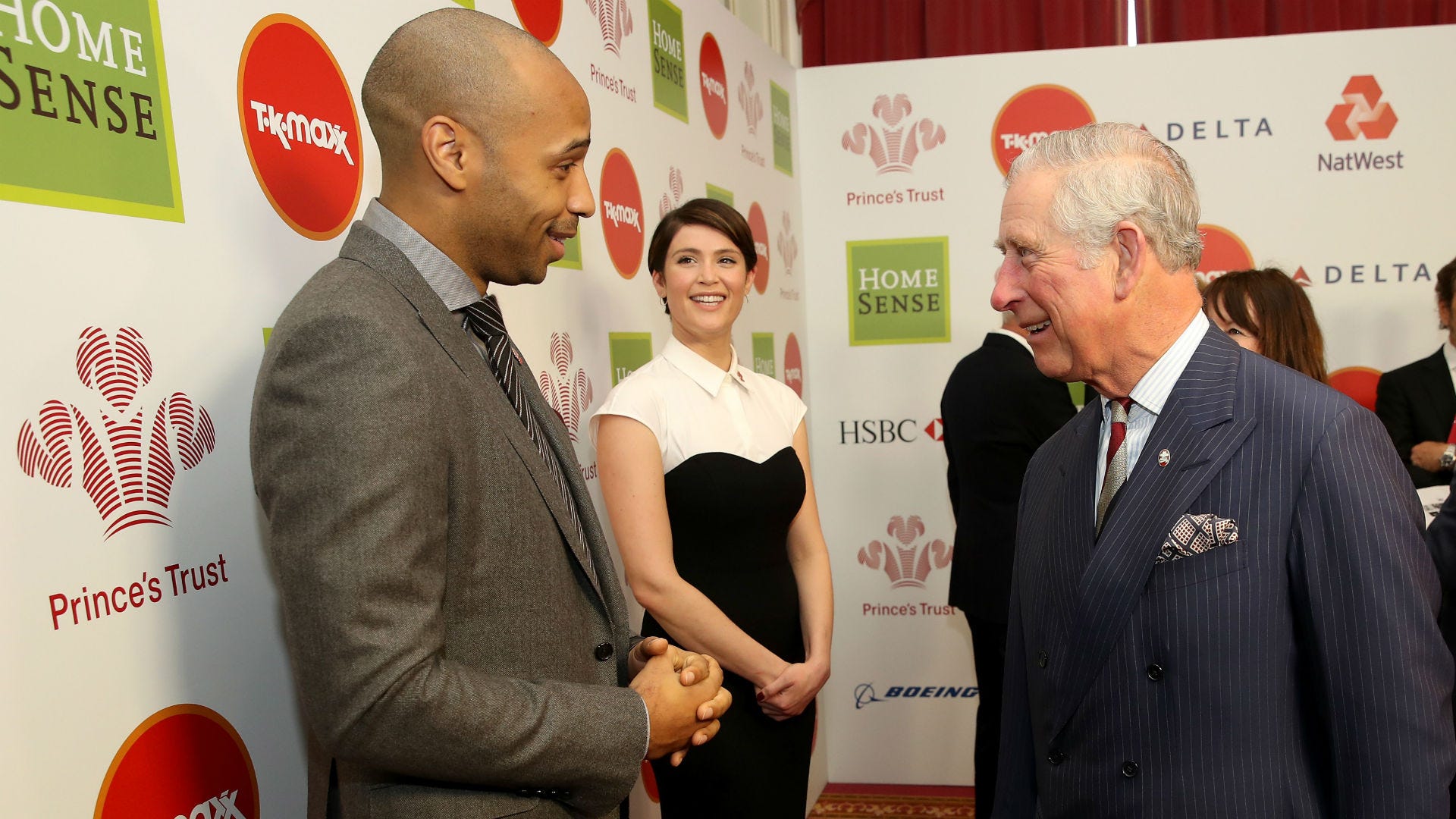 He has been an ambassador for UNICEF and the anti-racism campaign 'Stand Up, Speak Up'.

Interestingly, the Frenchman also donated his salary for his former role as Belgium assistant manager - reported to be worth €50,000 (£44k/$57k) a year - to charity.

How many social media followers does Thierry Henry have?

At the time of writing, he had over 8 million followers on Facebook, which is by far his most popular platform in terms of following. His Twitter and Instagram pages each have around 2 million followers.

As well as using the pages to promote his sponsorship partners, Henry uses them to provide a glimpse into what things are like behind the scenes in his life.

He is an avid traveller and regularly makes trips to see NFL and NBA matches.

He has also used social media to promote the work he has done with Sky Sports as a pundit and analyst, including interviews with current stars.