Manchester City's decision to pull out of the race to sign Alexis Sanchez is based on many factors, but none have proven to be more decisive than the principles of Pep Guardiola and Txiki Begiristain.

Much is being made of the total cost of signing Alexis from Arsenal this month, but it is the very fact that the fees began to spiral in the first place that persuaded City to walk away.

It is almost irrelevant whether City, or any other team, would have had to pay £40m, £50m, £60m or £70m to sign a 29-year-old with six months left on his contract. The issue became personal, not financial.

Goal understands that an agreement was put in place with Alexis and his agent, Fernando Felicevich, many weeks ago. At that stage, the only obstacle for the Blues, as it had been last summer, was negotiating a fee with the Gunners.

When Manchester United made their shock move at the end of last week, however, Felicevich informed City that the situation had changed and that more money needed to be paid. 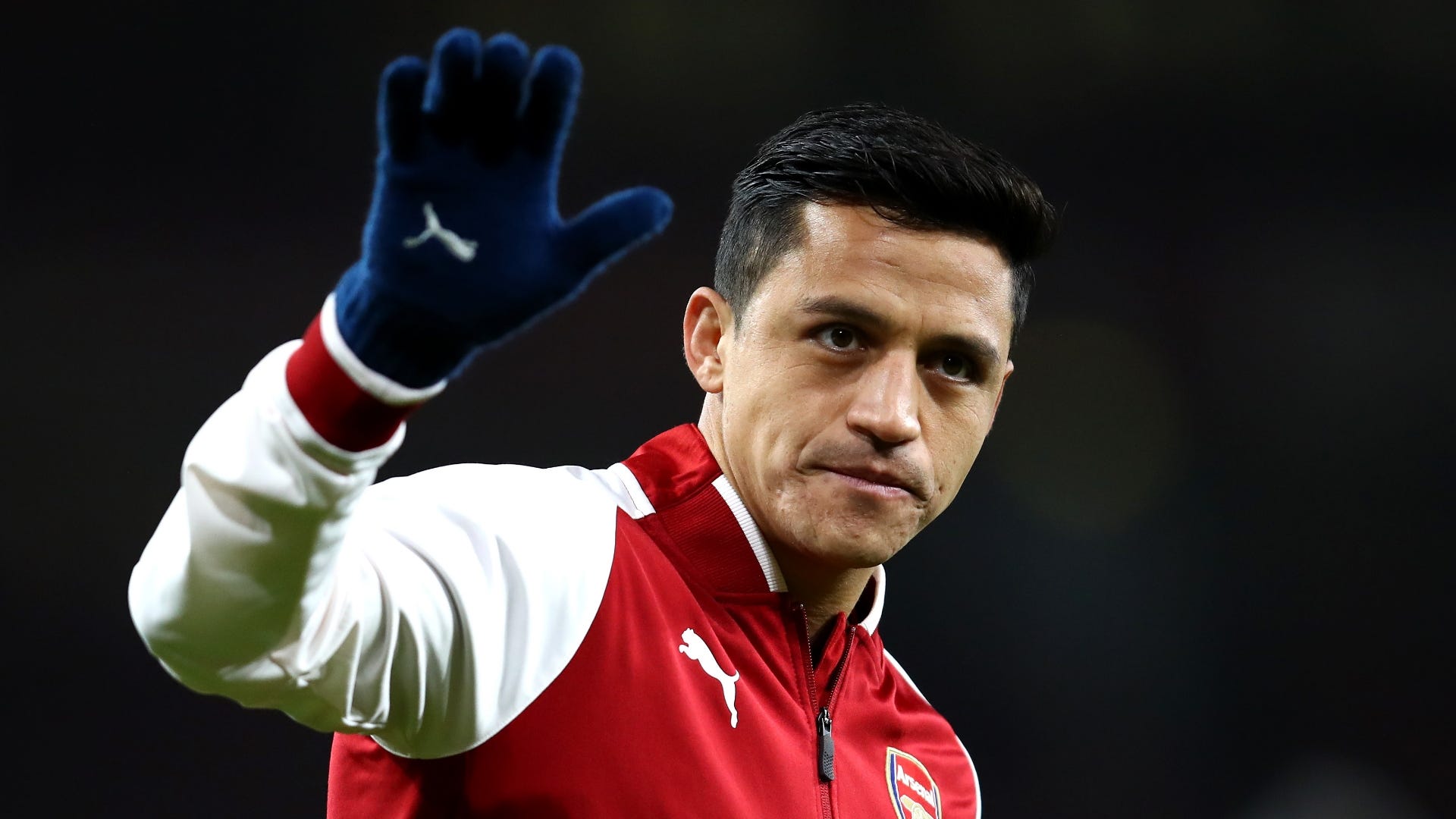 The figures bandied around at the moment suggest United are willing to pay Alexis £400,000 per week in wages and signing-on fee of anywhere between £10m and £20m, as well as between £5m and £10m to the agent.

Whether those figures are accurate or not does not matter as far as City are concerned; they pulled out as soon as Felicevich moved the goalposts. It had been his intention to negotiate a new deal with the Blues, but they informed him there and then that there would be no further contact.

Guardiola supported the stance, despite the fact he had made Alexis his top target throughout last summer and wanted to bring him in in January, is on board with the decision. Why? Because he had decided that the Chilean's resolve to play for City had weakened.

The forward refused to leave Arsenal for a foreign club last summer and made it clear that he only wanted to move to City but, as soon as he showed an inclination that he would be happy to move to Old Trafford this month - whether for more money, for trophies, for history - Guardiola decided to move on. 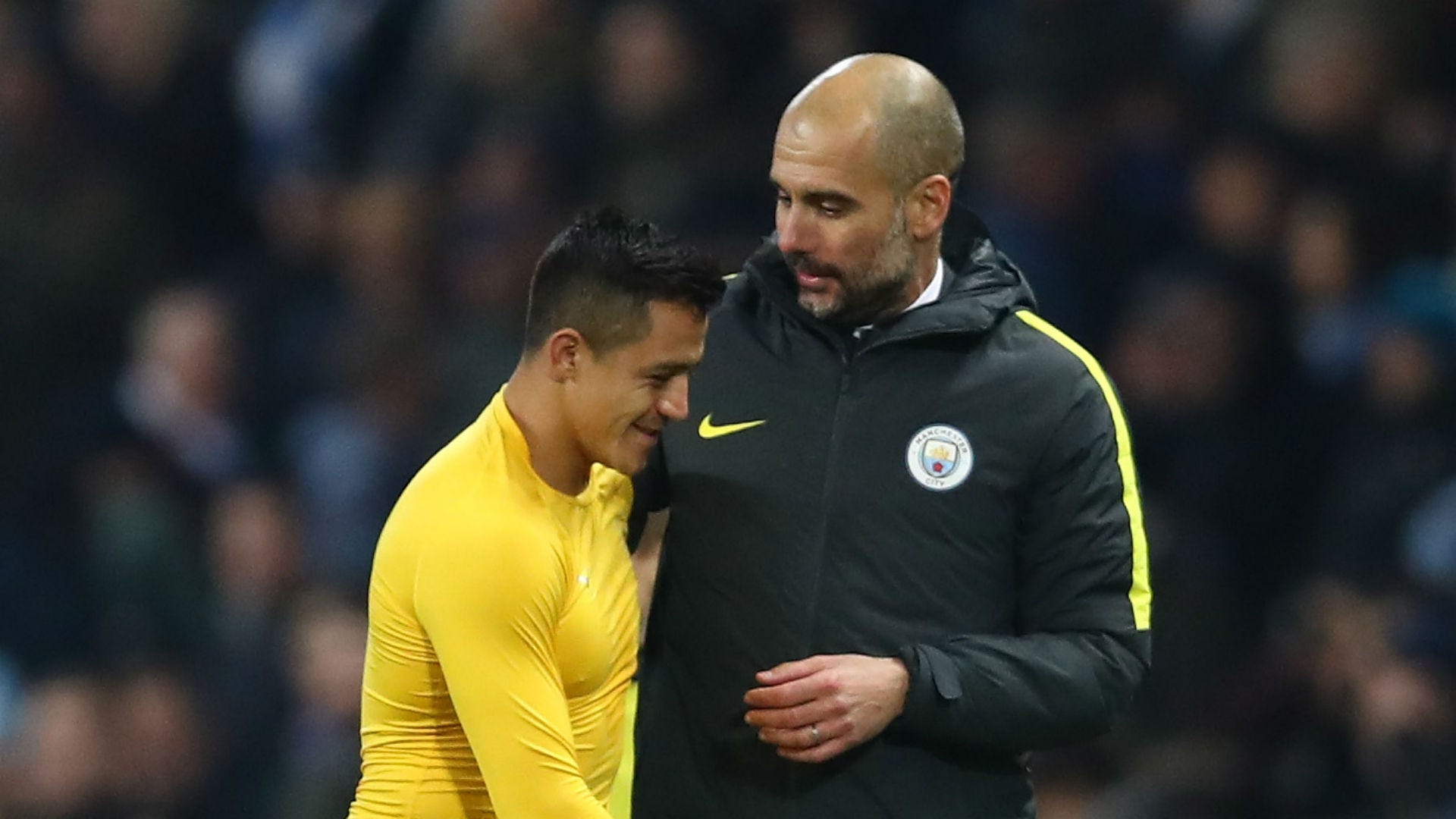 It is a decision which has provoked debate among the City fan-base and beyond. Many insist that the chance to sign a player of Alexis' quality for a reduced fee should be seized upon.

That is what United think, clearly, and even if the total cost of the deal surpasses the £60m City were willing to pay in the summer, it  still represents a good price when compared to the inflated fees that have become the norm since Neymar joined Paris Saint-Germain.

There are various other considerations to be taken into account, of course, including the fact that City do not want to pay Alexis more than Kevin De Bruyne, who is close to signing a deal that wouldn't get near £400,000 per week, even if he earns bonuses for winning every team and individual honour in the game.

It wouldn't help City when negotiating new deals with the likes of Leroy Sane and Raheem Sterling, either, or when they try to sign new players in the coming years.

City, of course, were ruthless with the deals they completed last summer, paying big fees to secure players identified as vital to the system, such as Ederson, Kyle Walker and Benjamin Mendy. The Blues will pay the going rate when they need to, just as United are ready to do with Alexis. There is nothing wrong with that.

But none of those factors matter as much to Guardiola and his director of football as much as the fact that Felicevich went back on his word, and that Alexis is deemed to be less than 100 per cent committed to the cause.

It is an approach which may be questioned by some but it is one which has shaped City's transfer business since Guardiola arrived in 2016. 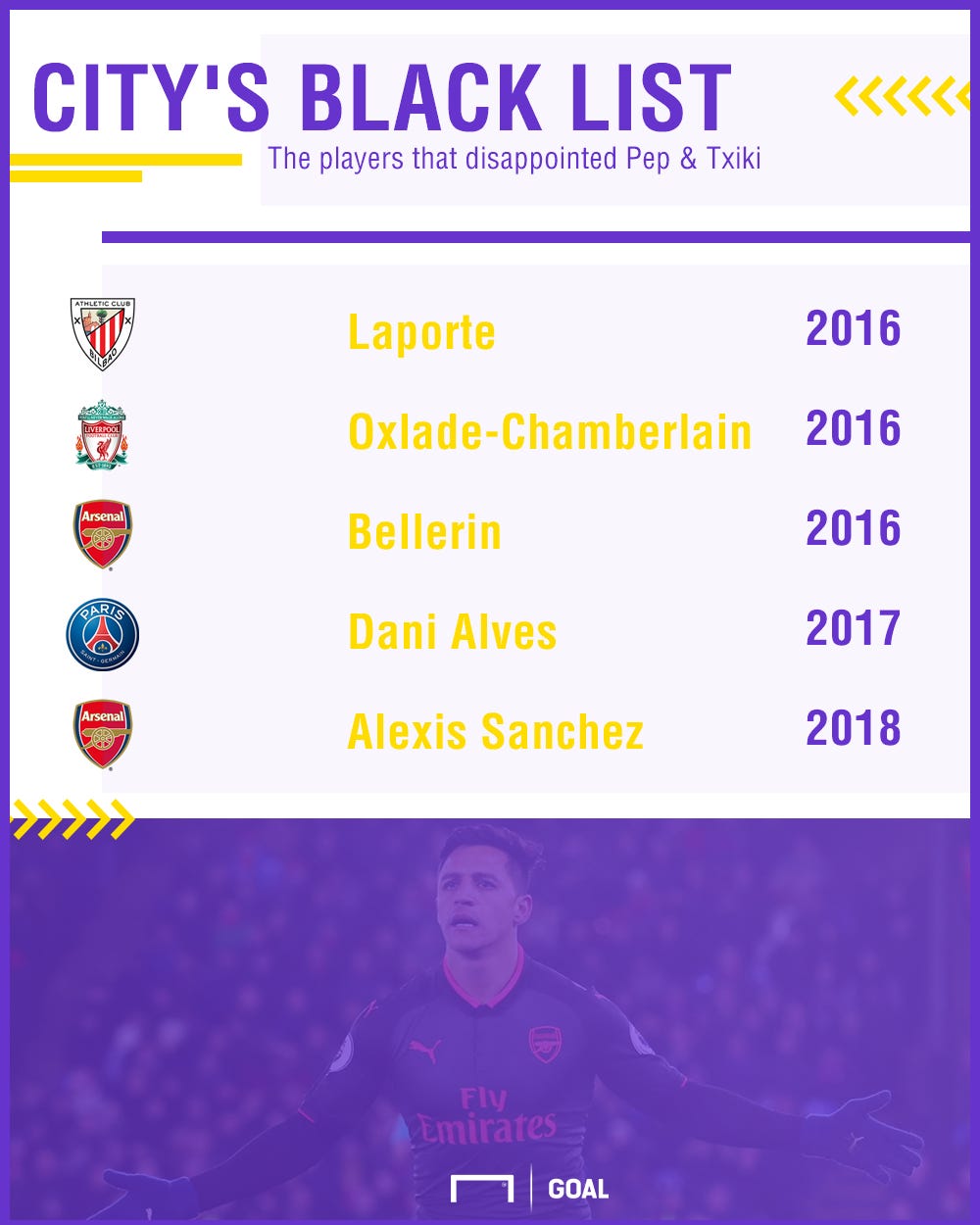 That summer, City had agreed a transfer fee with Athletic Bilbao for Aymeric Laporte. Personal terms were agreed and contracts drawn up, but the France international called Begiristain at the last minute to tell him he had had a change of heart.

The former Barcelona director was livid, to the extent that it was decided that Laporte will not be considered as a transfer target again, despite the fact he fits the profile of what the Blues are looking for in a defender. City pursued several centre-backs last summer, a year down the line, but never Laporte. A source close to the City board told Goal at the time, "Txiki doesn't forgive."

That is also the case for Alex Oxlade-Chamberlain and Hector Bellerin. City made approaches to both in 2016 but they did not give the impression they were overly interested. That, too, is enough for a place on Guardiola and Begiristain's blacklist.

Both players were linked to City throughout the 2016-17 season, and even during last summer in Bellerin's case, but the truth was that they were never being considered because they had already failed to take their chance.

There are examples from 2017, too, the most notable being Dani Alves. Unlike Laporte, Oxlade-Chamberlain and Bellerin, it is unlikely the 34-year-old Brazilian will be on the market again anyway, but it is safe to say he is persona non grata around the City Football Academy after turning his back on City to join PSG. 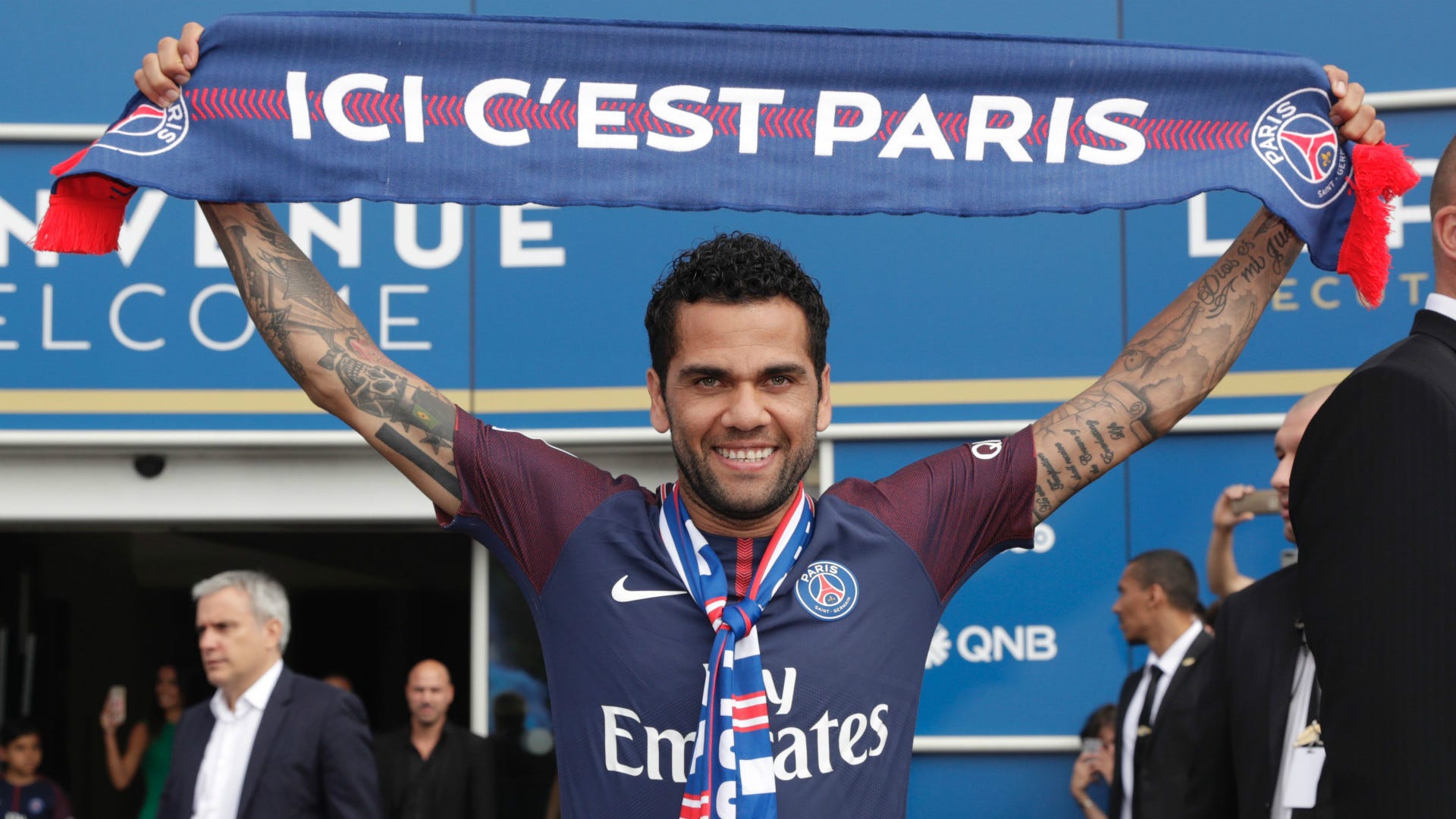 He had agreed personal terms with the Blues, persuaded Juventus to let him leave on a free transfer on the basis he wanted to work for Guardiola one last time, and even met the Catalan for lunch in Barcelona to discuss the club's plans for the future.

The City press office scheduled a formal interview with the press during a pre-season trip to Los Angeles and the official club website had thousands of words written in preparation of his unveiling.

If Guardiola looked aggressive when praising Southampton's Nathan Redmond on the pitch back at the end of November, one can imagine the Catalan's mood when it emerged that Alves had gone back on his word.

It soon emerged that PSG were paying the right-back £230,000 per week, and it was stressed that City were never willing to match that, but just as with Alexis now that misses the point entirely; Begiristain and Guardiola will never consider upping their offer if they feel they are being taken for a ride, or that the player's heart isn't in it.

The message is simple: if you pass up the chance to join City, you won't be offered another.

Time will tell whether that stance will come back to haunt them in the future, especially as Alexis, one of their most desired players, is on the verge of joining their bitter rivals.

But rightly or wrongly, that is how City do business.