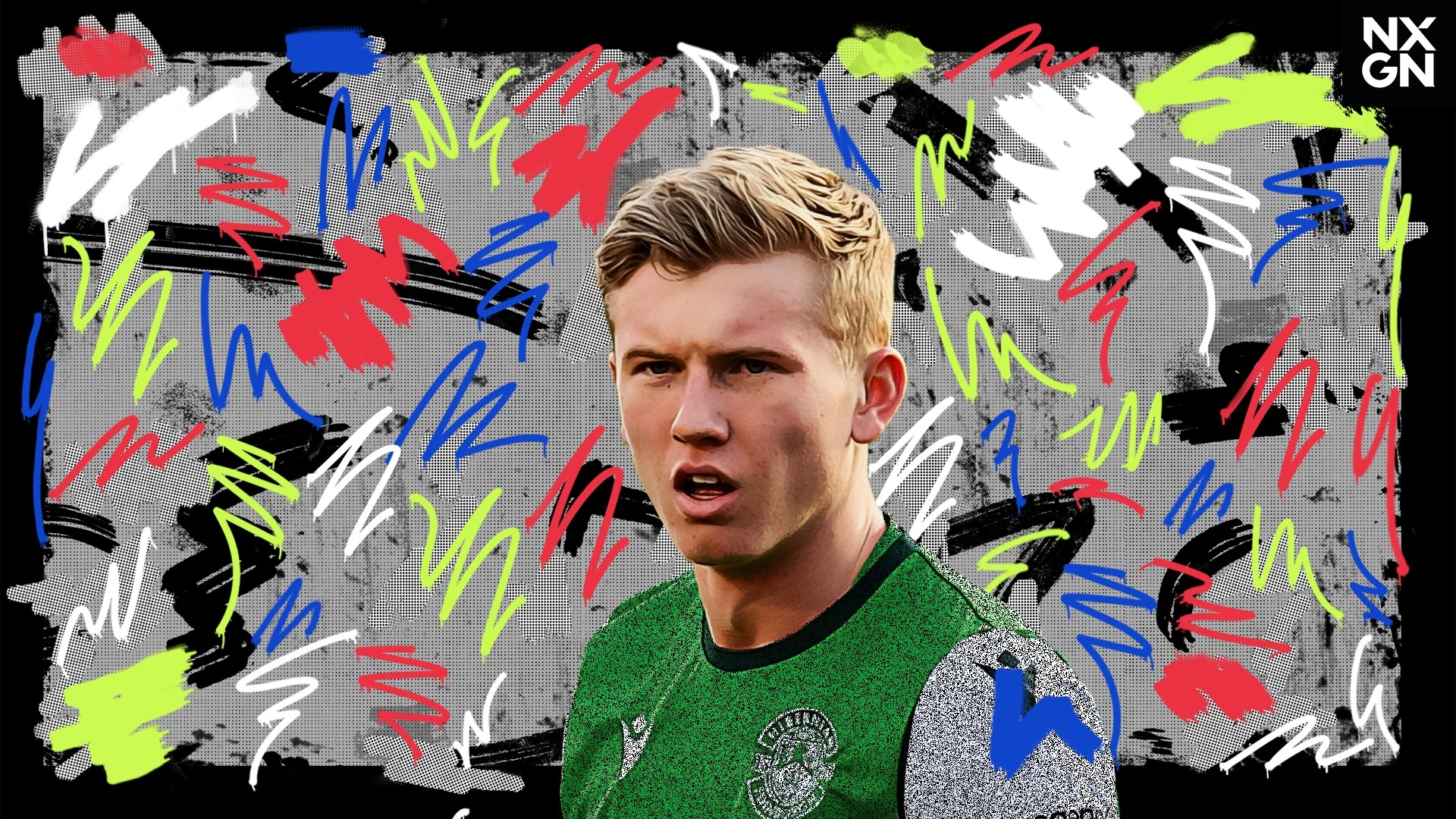 The 19-year-old left-back has been monitored by Arsenal, Chelsea and Man City after a superb debut campaign for Hibernian in 2020-21 caught their eye

Scotland has produced more than its share of left-backs in recent years.

In the Premier League alone, Liverpool’s Andy Robertson and Arsenal’s Kieran Tierney are regarded as two of the finest in the division, while across in Serie A, teenager Aaron Hickey is poised to be Bologna’s starter in the role for the coming season.

Josh Doig is a name that is set to be added to that list in the coming weeks, months or years, with the 19-year-old Hibernian full-back having caught the eye with his performances since debuting for the Edinburgh club in August 2020.

Just as Hickey spent time in the academy of Edinburgh rivals Hearts, Doig spent his early years in the maroon half of the city before being released in 2019 and flitting to Hibs before he had even made a first-team appearance.

Like Robertson, he had to earn his senior spurs at lower-league Queen’s Park, although unlike the Premier League winner, he had the safety net of knowing that he was at the Hampden Park outfit only on loan for the end of the aborted 2019-20 season.

Prior to his move to the then League Two club, he was used as a centre-back, but it was there he was shifted left and earned flattering comparisons with the Liverpool man.

His subsequent rise has been stellar. Following his first full season in professional football in 2020-21, he was named in the Scottish Premiership Team of the Season and was named Scottish Football Writers’ Young Player of the Year – an accolade won three times in succession by Tierney between 2016 and 2018.

Indeed, by the time he had been in the first team for six months, he was already being touted for a move to the likes of Arsenal, Chelsea and Manchester City, while subsequently a host of other Premier League clubs have taken note of his talents.

Doig may have played in more advanced roles and even at centre-back, but he has impressed as a full-back first and foremost. Indeed, it is his defensive attributes that have typically caught the eye, with the No.3 comparatively strong in the air and possessing an appetite for tough tackles.

His attitude, meanwhile, has been hailed by those around Hibs, including manager Jack Ross, who had left him out of a couple of early season matches due to the speculation surrounding the teenager.

“It was easy for me to say pre-match that I had no problem bringing him back, but we knew he’d be judged on the pitch. I think everyone saw how focused he was, how clear-headed he is despite everything that’s been going on in the last week,” Ross explained following a 3-0 win over Ross County in which Doig had provided the assist for the second goal on the occasion of his first home match in front of supporters.

Doig’s work in possession is something that may need polishing at a higher level, though a return of five assists and a goal is not bad going for a player whose focus is primarily defensive and who has yet to play 50 senior matches at all levels.

A requirement to improve will only be embraced by the youngster, who plays in a fearless manner and with the energy and enthusiasm of someone who loves the game.

“I think one of Josh's main strengths is mentality,” team-mate Christian Doige told the Edinburgh Evening News. “Behind the scenes, he's a lovely lad.

"He works so hard and he's definitely reaping the rewards for that. He could have been really stressed about the transfer speculation, but he's come out and put a really good performance in - I've been really impressed by him.”

And those comparisons to Robertson and Tierney? They are something that Doig admits that he is happy to embrace.

“I try to watch them as much as I can,” he told BBC Sport, admitting that he is a “massive” fan of the pair.

“They are both absolutely flying at the moment. They are such an inspiration for Scottish players, especially playing in my position as well.

“I try to base my game on theirs as much as possible as they are doing something right.”

Hibs were quick to appreciate his potential as a successor to Robertson and Tierney, and acted quickly to tie him down to a four-year contract in February. Sporting director Graeme Mathie has been left frustrated, though, that their confidence has not been matched with regards their asking price of £5 million ($6.9m).

"If Josh Doig performs how he performed last season in English League One and got to a national final, teams would be willing to spend far more money on him, rather than if he was in Scotland,” he told Vavel. “These bids are really disrespectful.

“I would love it if a club were to come to me and say that ‘we think we can turn this boy into a £50m player, here’s how we're going to develop him, we’ll give you X if he achieves this, and we’ll give you Y if he does that, and within a certain number of years, we think he would be at the top level of the game’.

“That makes a conversation far easier, as it becomes less of a transaction and more of a relationship, but right now, we feel some clubs have been quite patronising and more transactional, and it is hard, and for the boy himself,.

"Obviously, he wants to go to a bigger club like every other young player, but he is also happy here.”

It is surely only a matter of time, though, before a Premier League club matches the demands of Hibernian, and Doig is given the opportunity to add to Scotland’s collection of left-backs playing at some of the biggest clubs in Europe.