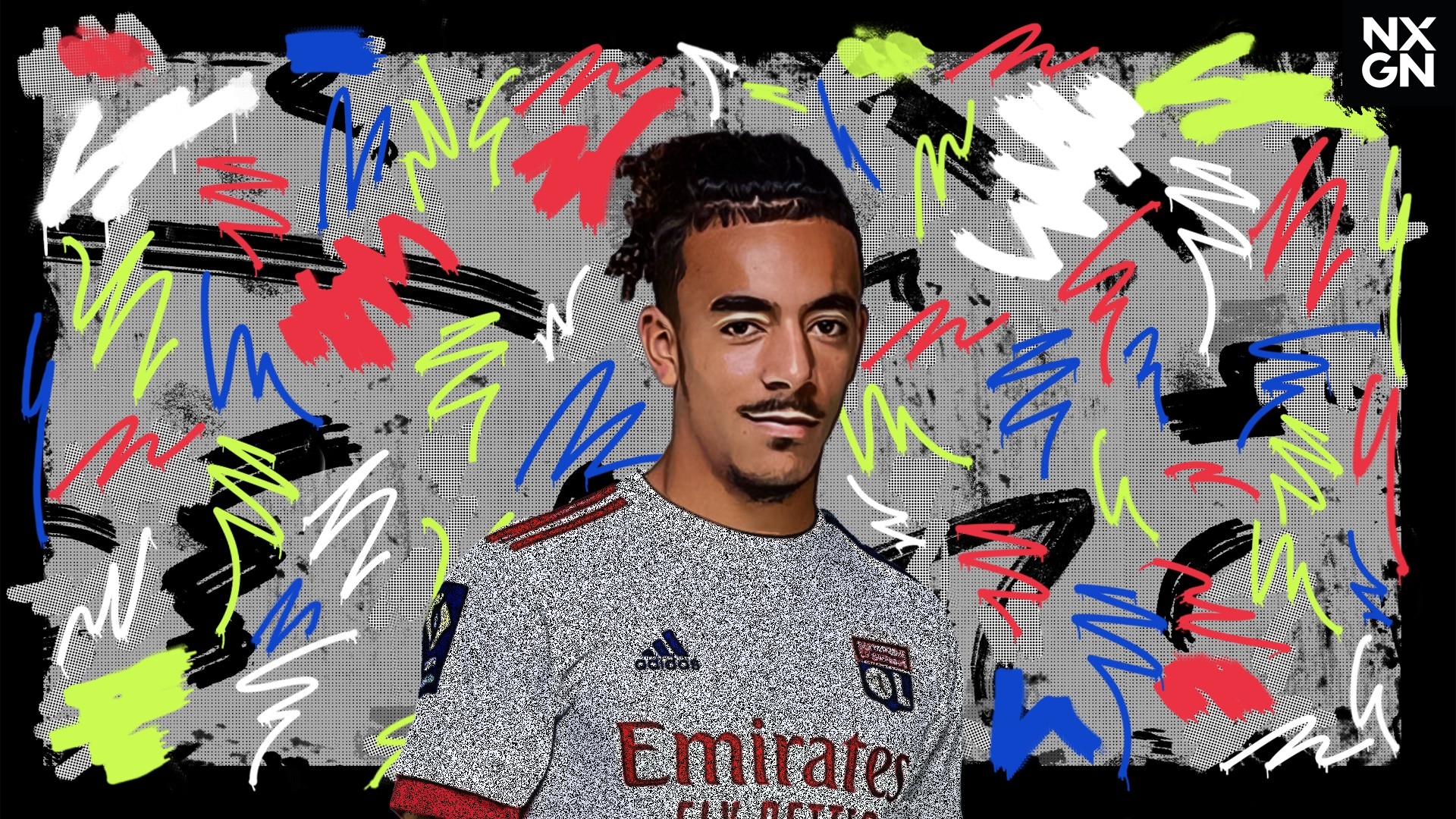 In early-August, after an impressive pre-season, the 18-year-old became the youngest defender to start a Ligue 1 game for the club since 2012

When the International Centre for Sports Studies (CIES) ranked the best footballing academies in 2020, Lyon placed third on the list.

Despite their fall from being France's undisputed best team to one of Ligue 1's also-rans over the past decade or so, there is no doubt that in terms of youth development, they remain among the elite.

From Karim Benzema to Alexandre Lacazette, Nabil Fekir to Houssem Aouar and Samuel Umtiti to Mouctar Diakhaby, the conveyor belt of talent at the seven-time French champions has been running at full tilt in recent years.

The latest to emerge and earn themselves a spot in the first-team at the Groupama Stadium is playmaker Rayan Cherki, with many expecting the 18-year-old to enjoy a true breakout season over the course of the 2021-22 campaign.

He is not the only teenager, however, that new manager Peter Bosz is hoping to rely upon as he looks to build on what has been a disastrous start to his tenure in charge.

Not since Raymond Domenech arrived on the scene in the late 1960s have Lyon had a homegrown right-back become a star of their senior side, but Malo Gusto is out to change that.

Widely regarded as one of the best in his position among players his age anywhere in the world, Gusto's rise was crowned on the opening day of the Ligue 1 season, when he was named in Bosz's starting XI for Lyon's clash with Brest.

At just 18 years and 80 days, he became the youngest defender to start a Ligue 1 game for Lyon since Umtiti back in 2012, and though Leo Dubois' return from his post-Euro 2020 break has since seen Gusto drop down to the bench, there is no doubt that he has made a lasting impression on the club's new coaches.

Born in the town of Decines around 13 kilometres outside of Lyon, Gusto actually started life as an attacking midfielder, playing first for local club Villefontaine before switching to lower-league outfit Bourgoin-Jailleu at the age of 12.

"He had athletic ability in terms of tone, alertness and strength, which was quite impressive and above the other boys, allowing him to make huge strides during his early years," Arthur Barriere, Gusto's coach for Bourgoin-Jailleu's Under-12s, told Olympique-et-Lyonnais.com.

Gusto spent just over a year at Bourgoin-Jailleu before being spotted by Lyon, who enrolled him into their famed academy in 2016 and began honing his skills as a playmaker, before a twist of fate saw his role in the team change forever.

"Initially, it was to compensate for an injury in one of the older age-groups, the U17 team, at the time," Gusto told OL TV of his change in position.

"The coach used me as a right-back and I had a good game, and since then the coach has not changed my position."

While Gusto admits the change in role was "complicated" to begin with, It is a decision that has only accelerated his path into the senior ranks, though playing further back in the team is unlikely to stop the youngster from affecting matters in the final third.

"If he is in an attacking team, this position suits him very well because he can get in front of the game and has space to express his full potential," Kevin Dorel, Gusto's U13s coach at Bourgoin-Jailleu, explained to Olympique-et-Lyonnais.com.

"He can be a decisive player for the team."

That decisiveness saw Gusto, who describes himself as being "attacking, powerful, fast and technical", rewarded with two substitute appearances for the first team during the 2020-21 campaign, including his debut in the derby against Lyon's hated rivals Saint-Etienne.

It was not until pre-season ahead of the new campaign, however, that fans got to see exactly what Gusto was about, with Bosz entrusting him to start a number of the club's friendlies over the summer.

His performance in a 4-1 win over Wolfsburg, in which he provided an assist and was voted Man of the Match by the Lyon supporters, particularly stood out, with the France youth international highlighting a lot of his best attributes against a team who will play in this season's Champions League.

"I try to be as focused as possible, and to be consistent with what the coach has asked of us. I try to do my best."

That best is certainly catching the eye and being rewarded, with Gusto having signed a contract extension in June that will keep him at his boyhood club through till 2024.

And while bigger, richer clubs may soon emerge out of the woodwork in a bid to tempt him away, for now Lyon can be content with the fact that they academy remains in rude health with players like Gusto coming through.