Can football ever be free of racism? 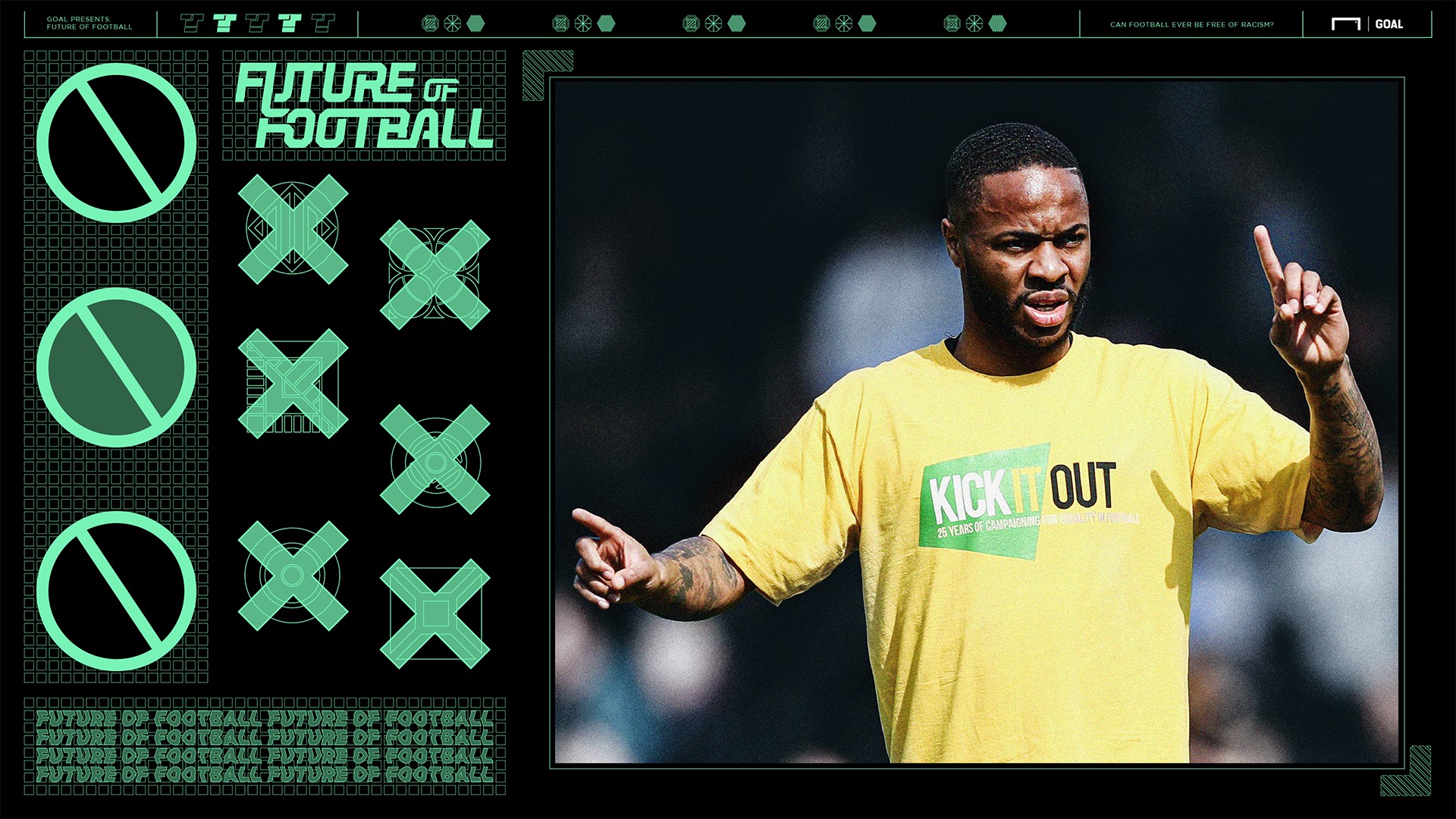 The political climate across the western world has led to an increase in hate crimes around the sport - but can they ever truly be extinguished?

Football in 2019, for most, brought about joy and despair in equal measures as teams battled for trophies or attempted to stave off the threat of relegation.

Once enough time has passed, however, it will likely come to be remembered as the year football realised it had a racism problem that was beginning to spiral out of control.

A Premier League match had to be stopped for the first time to warn supporters that racist abuse would not be tolerated following an allegation from Chelsea defender Antonio Rudiger.

Manchester United's players were subjected to apparent monkey chants from Manchester City fans during their derby clash at the Etihad Stadium.

Serie A was dogged for weeks by incidents of abuse, with the authorities unable to show any kind of leadership when it came to policing matters.

That is not to forget the incidents involving Raheem Sterling at Chelsea and the banana-throwing Tottenham fan who took exception to Pierre-Emerick Aubameyang in late 2018.

A concerning pattern is beginning to emerge.

According to figures released by the UK government, there was a 65 per cent increase in the number of incidents involving racist abuse reported to police at football matches during the 2018-19 campaign.

Kick It Out, the UK's anti-racism football charity, reported a 43% increase in reported incidents of racism – from 192 to 274 – in the same season. The sharpest rises have been in faith-based discrimination, including Islamophobia and anti-Semitism, which have climbed by 75% over the course of a year.

It is a worrying trend, and while the Premier League and Football Association (FA) can point to their funding of Kick It Out, their No Room for Racism campaign and the introduction of the BAME Participants' Advisory Group, the current landscape suggests that they could still be doing far more.

A Blues fan was banned for life from attending Stamford Bridge after being caught on camera using racially abusive language towards Man City star Sterling in December 2018, while four fans were convicted of using racially-aggravated violence against a Parisian man following an incident on the French capital's Metro system in 2015.

While those incidents ended in punishments, Blues defender Rudiger remains disillusioned by the general reaction to racism following a ruling by police that could neither prove nor disprove the allegations made by the Germany international when Frank Lampard's side faced Tottenham in December.

"In this case, racism won," Rudiger told reporters in February. "I’m very careful with this. I’m not in the investigations and I’m not a police officer. I just hope always people do their job right.

"The support from my club and players was there. For me, this was not enough. These people need to be punished. They need educating. It’s a lack of education, simple. We all failed in this."

Rudiger's lack of faith in the wider system is unsurprising, given the rise in popularity of far-right ideology across the western world, which, in turn, is leading to an increase in hate crimes.

In his native Germany, nationalist party Alternative for Germany (ADF) continues to gain supporters, while he has lived in the United Kingdom in an era which has been defined by Brexit and the desire of a small majority to leave the European Union based on a campaign that was driven in large parts by an anti-immigration agenda.

The increasing prominence of such ideology has also fuelled a rise in hate crimes, with the latest statistics from the Crime Survey for England and Wales showing that such incidents have more than doubled from 42,255 in 2012-13 to 103,379 five years later in 2017-18.

"In some of the cases we have seen, there is a real hatred there which we haven't maybe seen as much of in the past. It's really violent and very targeted, particularly on social media. Some of the social media reports we've seen you wouldn't want anyone to see.

"We're talking to people all the time that feel, post-Brexit, that 'maybe this country isn't for me.' [Politicians] have to take that responsibility very seriously, they are the leaders of the country and they need to set the tone. Society is reflected in football."

The players themselves, meanwhile, fronted the PFA's '#Enough' campaign, which saw them complete a 24-hour social media boycott in a bid to raise awareness of the abuse they suffer online on a daily basis.

"We are in a challenging time," Paul Elliott of the FA's Inclusion Advisory Board told Goal. "I have always said when you have racism in society, then you are going to have it in football. But football is doing some really good work. In my view, the clubs and players don’t get enough recognition for the work they do.

"Everybody wants to look at the one negative but behind that negative, there’s hundreds of great causes that the clubs support. Social responsibility underpins every club. It isn’t the sexiest thing that gets the acclaim, and you are damned if you do and damned if you don’t."

Despite an increasingly racially diverse group of players now representing the top clubs around the world, racism is back on the rise. So, what does that mean for other minorities? Should they have the same fears when it comes to potential abuse both inside and outside stadia?

Sexuality remains one of men's football's greatest taboos. The sport is still waiting for its first active player at the highest level to admit to being anything other than straight, with most gay footballers waiting until retirement before choosing to come out.

However, given the abuse suffered by players on account of their race, can any player really be blamed for hiding who they truly are from such a brutal world?

"One in 10 LGBT people that attend a live sporting event last year experienced discrimination because of who they are," Robbie de Santos, the director of sport at Stonewall – the organisation behind the Rainbow Laces campaign in English football – told Goal.

"That’s why Rainbow Laces is powerful, because it shows that it is starting to cut through some of those presumptions.

"There’s also online discrimination, which is a vocal minority of anti-LGBT voices making sport not feel like a welcoming place. There is ‘Chelsea Rent Boys' chant, which certainly has homophobic and biphobic undertones, and we are seeing more of that.

"There has been a general rise in hate crime and division more broadly in the UK over the last three years, which homophobia is part of. We know the vast majority of sports fans want to make the sport as inclusive as possible.

"The overwhelming direction of travel from the football authorities is very strong. From working in a lot of sports, everyone jumps to the presumption that the experiences in football are the worst.

"What I see is a real consciousness of the leading football bodies there that they have a real responsibility and that they are not complacent about anything that happens in the game.

"They take it seriously and I think there are plenty of other sports that don’t take it as seriously as football does. Those sports might have more openly gay or bi athletes and think that automatically makes their sport more inclusive and that there are no problems.

"Almost because there’s an absence of openly gay or bi men in professional football means there is no complacency there. That’s their challenge. I think the UK is really quite far ahead in this. Looking at Rainbow Laces, there’s nothing of that scale in Europe, really.

"In America, there’s a lot of advocacy through sport but I think Britain is light-years ahead. Now it is down to fans and communities to follow this good work."

Of course, cleaning up English football does not mean that European or global football will go in the same direction. In Italy, racism has been defended by supporters' groups and even owners of clubs in what is seen as a culture war between right-wing populism and liberal ideals.

The World Cup next goes to Qatar in 2022, a country where there are particular concerns about attitudes towards homosexuality. The United States – who will host the 2026 tournament alongside Canada and Mexico – is more polarised than ever under the leadership of Donald Trump following his inflammatory rhetoric about immigrants, including Mexicans and Muslims.

Football is just a game, but increasingly its stars are being empowered to speak out, with Sterling having been praised for taking on unconscious racial bias in the British media.

Footballers are just footballers, but with politicians no longer leading on diversity matters, some of them are beginning to use their status to impact the debate.

Whether that is enough to completely eradicate racism from the game is unlikely. Football may never be free of an issue that has dogged it for decades.