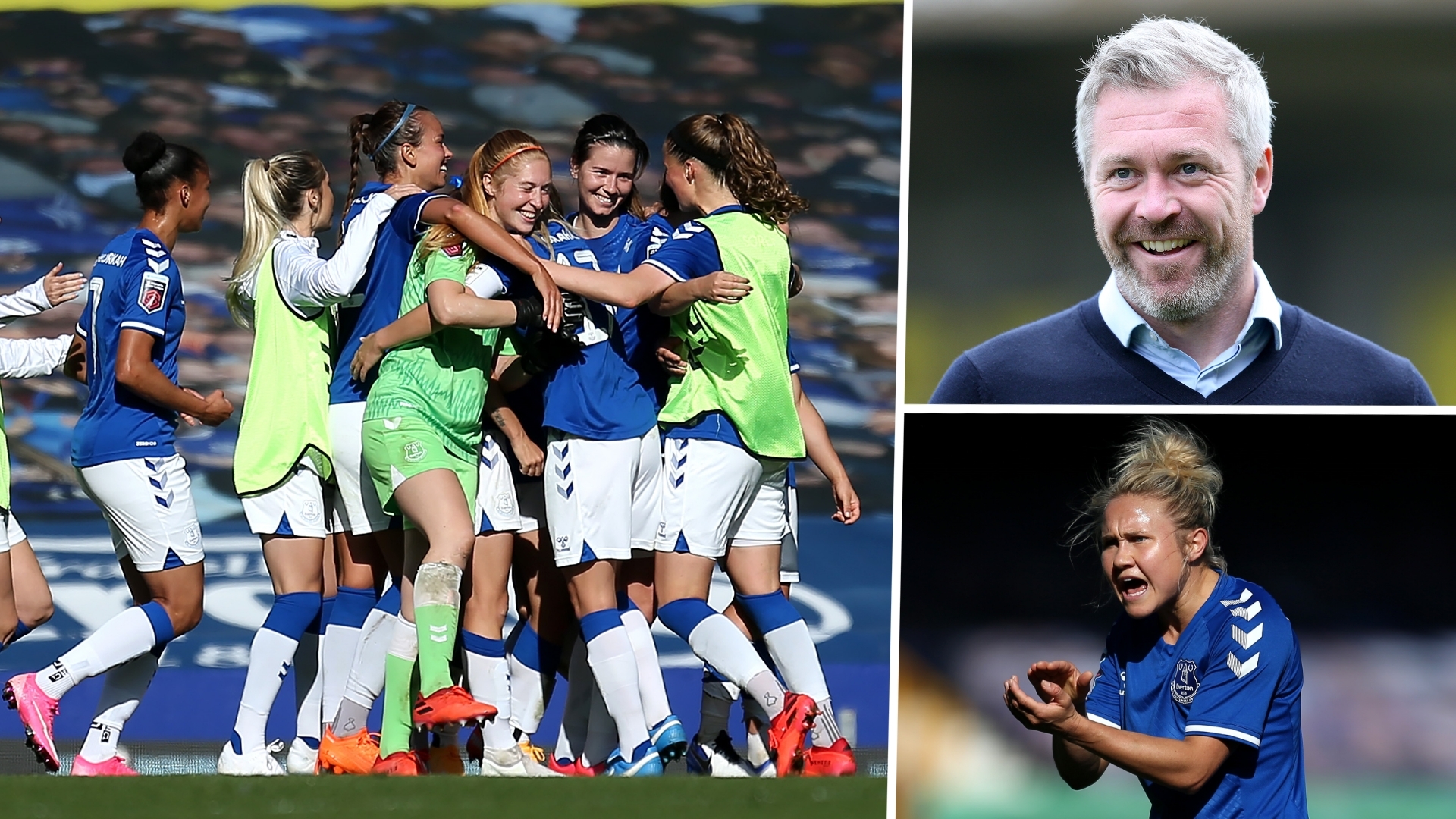 Everton have not been shy when talking up their ambitions for this season.

“Top three and a cup final,” captain Dan Turner said before the Women’s Super League campaign kicked off – and three games in, they have backed up that big talk with some big performances.

Sunday’s was the biggest yet, as Willie Kirk’s side showed resilience in defence and ruthlessness in attack to cause a huge upset at Goodison Park, beating WSL champions Chelsea 2-1 in the FA Women’s Cup quarter-finals.

Suddenly, with Birmingham next up in the semi-finals, that cup final box looks increasingly likely to be ticked.

This is not something that has happened overnight. Since Kirk came into the club back in December 2018, the Toffees have been building up to moments like this.

This summer, the project went into overdrive. The recruitment of players such as Valerie Gauvin - the France international who scored the winner on Sunday - were statements of intent, following on from some terrific January signings.

Izzy Christiansen and Hayley Raso are like new signings too after the 2019-20 season was abandoned due to the Covid-19 pandemic, as is goalkeeper Sandy MacIver, who came up with some massive saves at Goodison Park.

“We’ve only lost one player in 21 months that I've been a little bit disappointed with, which was Chloe Kelly [to Manchester City],” Kirk said earlier this week.

“Part of the attraction to come the club was the ambition assured when they recruited me at the time and they've stood by that – in fact, they've gone beyond that.”

Sunday saw everything come together perfectly to show what Everton are about this year.

They were very impressive on the opening weekend of the league campaign against Bristol City, winning 4-0 in emphatic style.

However, they were expected to beat Bristol, who will probably battle relegation this season.

The following week they beat Tottenham, a team also looking to move up mid-table to a side capable of challenging the best. The 1-0 scoreline was tight, but Everton absolutely dominated the game and showed that they are certainly a level above Alex Morgan's new team.

Beating Chelsea is the result that shows they are more than just ‘the best of the rest’ and that they have what it takes to trouble the ‘big three’ of Arsenal, Chelsea and Manchester City.

The most impressive thing is, this was not even Everton at their best.

The first 30 minutes of their incredible victory were described, quite simply, as “sh*t” by Kirk, with the Toffees on the ropes as Chelsea peppered their goal, though their star-studded squad failed to take their chances.

“I'd be very surprised and very disappointed if we have another half hour like that this season, because that's probably enough for the players to go, 'Yeah, we can't start games that slowly',” Kirk said.

“Because one, we're not that bad. And two, we've probably got a little bit lucky for that first 30 minutes.

“I think now the players will finally realise, despite me telling them every day, that they are good enough to compete.”

There are few results that can inspire belief quite like beating the champions of England, and there is already a lot of belief in this squad.

The challenge now is for Everton’s squad to hold up to the demands of battling for titles. The Toffees will face Birmingham on Wednesday evening in their FA Cup semi-final and then play Aston Villa on Saturday.

But the victory over Chelsea also offered a glimpse into the depth Kirk has quietly built.

It was Gauvin off the bench who scored the winning goal, with Spanish midfielder Damaris Egurrola also making a real impact on her debut.

Claire Emslie, meanwhile, was not involved at all due to the rule that allowed teams in the resuming 2019-20 FA Cup campaign to only register six new players. The winger was sacrificed due to Everton’s defensive needs but would make Kirk’s best XI on most days.

They may not have the depth of a Chelsea or Man City, but Everton have a strong squad and, as Kirk says, “everybody will play a huge part” if they are to be successful this season.

“I'm probably feeling more pressure than I've ever felt in a dugout before because the club's backing me financially,” he said.

“We're still not anywhere near the levels of other teams, but we can compete this year. I think if we get things right, and we get a little bit of fortune going our way, we can win silverware and we can compete on a weekly basis.

“That's what we've assembled the squad to do and I think you've seen today, that’s possible.”