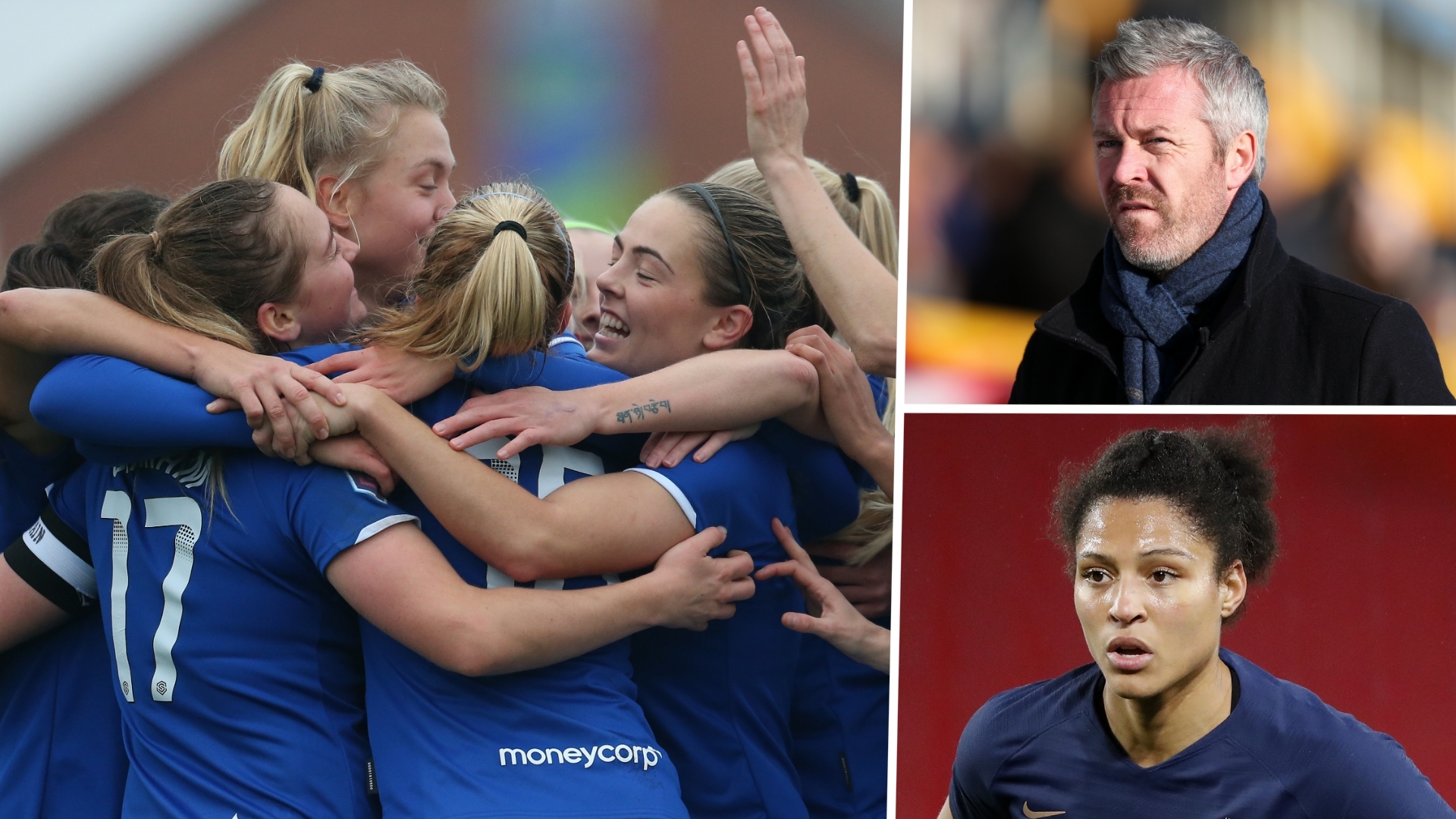 While city rivals Liverpool are bidding to return to the top flight, the Toffees' target this season is to secure a place among Europe's elite

While Liverpool were conceding a late equaliser to 10-woman Durham in their first fixture since relegation last week, Everton were cruising to an emphatic 4-0 victory in the Women’s Super League.

The Toffees made light work of a Bristol City side who finished four places and 13 points above them in the 2018-19 season, in a result that showed just how far they’ve come in the past 18 months.

While their city rivals now find themselves targeting promotion from the Women’s Championship this season, Everton are being talked about as a potential challenger for a top-three finish in the WSL – which would potentially secure Champions League football.

It’s not just a fantastic transfer window or a very talented manager that has created that buzz. It’s much, much more.

Just before the season was abandoned due to the coronavirus pandemic, Everton moved into their very own purpose-built home at Walton Hall Park, right in the centre of Liverpool.

They then announced a new structure at the club that would give the women's team their first ever sporting and commercial director, with head coach Willie Kirk to be supported by "an injection of increased resources for squad development".

They were true to their word.

France international striker Valerie Gauvin, who scored on her debut against Bristol last week, was the headline arrival of a superb transfer window for the club. The 24-year-old, who netted twice at the Women’s World Cup last summer, reportedly cost a six-figure fee – a rarity in the women’s game.

“Regardless of the men’s team doing well or not well, regardless of who the manager is, the support for the women’s team has never wavered. It’s always been really strong since I’ve come in here,” Kirk, who joined the club in late 2018, told Goal earlier this year.

The @EvertonWomen captain was involved in all 4️⃣ goals last weekend 👏

He was speaking just after legendary coach Carlo Ancelotti had been appointed on the men’s side, and the excitement around Finch Farm was evident.

Ancelotti had been spotted watching the women’s team train that week, “just because he wants everybody to be part of the club”, Kirk explained, emphasising that ‘one club’ feel. It’s quite clear that, at Everton, they do not just talk the talk.

After struggling in that 2018-19 season, they finished sixth last term, with Kirk and the powers above him helping to turn things around.

The Scot’s reputation has helped bring in a number of those key signings, including Emslie, who was given her senior debut by Kirk when both were at Hibernian back in 2011.

"Through my career, he has been a big influence,” Emslie said upon signing this summer. “He’s someone I believe can get the best out of me. He is a very honest manager. He tells you straight up what he’s thinking, and I appreciate that honesty. I want to do well for him.”

All the pieces are coming together now, or that is at least what it feels like.

The club is passionate about supporting the women’s team. Working with Kirk, it is bringing in top quality, ambitious players and creating a squad able to challenge the very best.

Kirk, meanwhile, is implementing a fantastic style of football and developing players who could be here a long time.

“We have set targets,” Dan Turner, who has been at the club since 2014 and became Everton’s captain back in 2017, said ahead of the new season.

“I think after the top-half finish [last season], now it's getting to that top three and challenging for the Champions League spots. The depth of squad we've got now, I think that's where we should be.

“My dream at this club has always been to win trophies. I think we're now at a stage where we can do that. So yeah, top three and a cup final.”

Sunday’s clash with Tottenham will provide a truer test of Everton's quality. Beating Bristol last week was not a great feat, as the Robins finished 10th last season.

Spurs, however, were just one place below Everton when the WSL was settled on points-per-game, their average of 1.33 points just less than the Toffees’ 1.36.

With the North London club strengthening and harbouring their own ambitions of winning trophies, Sunday’s game will be an indication of whether Everton really have what it takes to move to that next level, or whether their ambitions of becoming a top-three team are simply a pipe dream.