‘Aubameyang could star at Arsenal for another four years’ – New striker contract ‘so important’, says Hartson 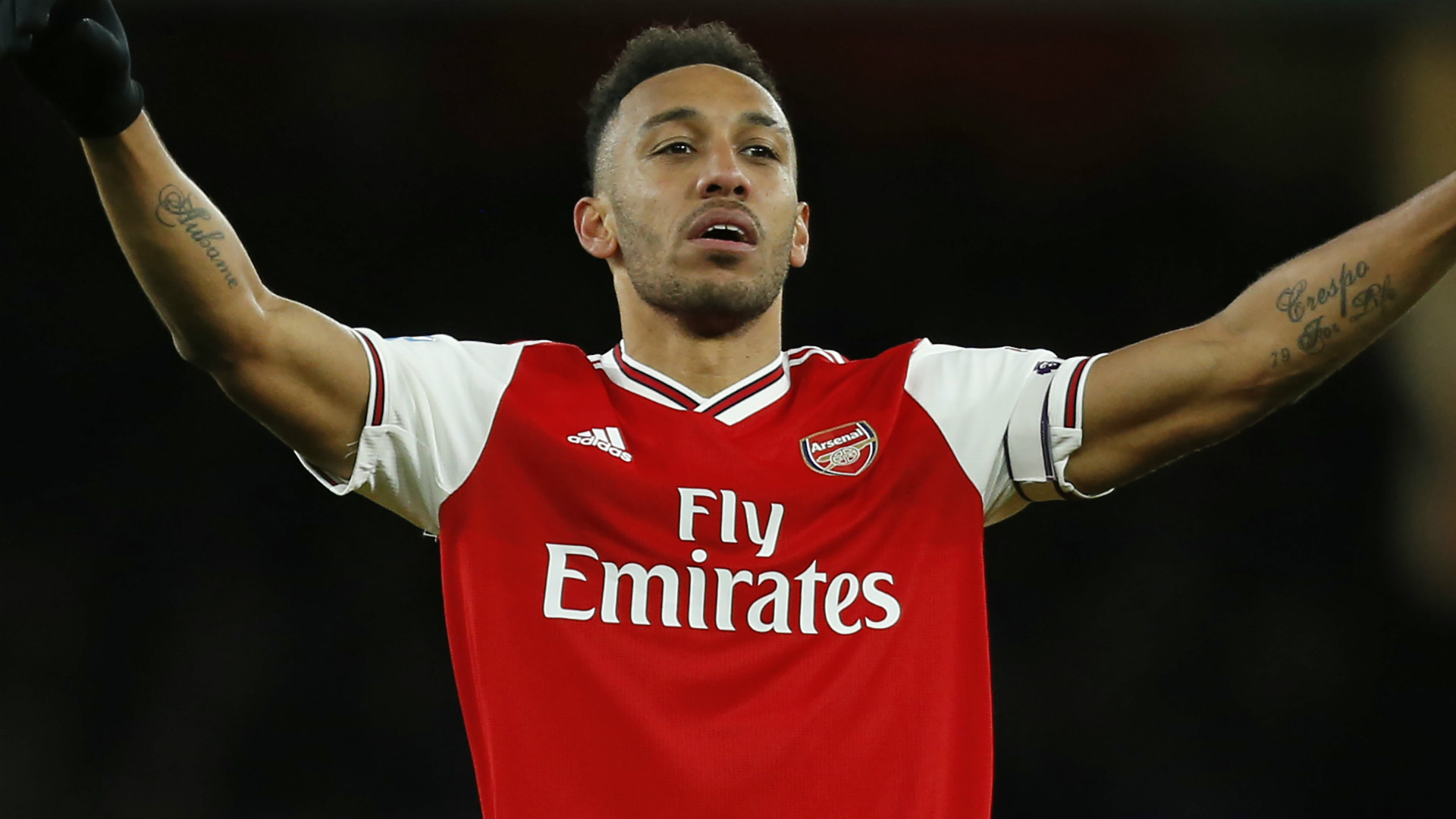 The former Gunners star admits the Gabonese frontman cannot be allowed to run down his deal, with an important decision to be made over the summer

Pierre-Emerick Aubameyang’s contract leaves Arsenal with a “big call” to make in the summer, says John Hartson, with it considered to be “so important” that a striker with at least four more years at the top left in him is tied to fresh terms.

No agreement has been reached with the Gunners skipper as yet, which means that he will hit free agency in 2021.

Arsenal have faced similar contractual situations on a regular basis in recent years and can ill afford to see another become an unwelcome distraction.

Aubameyang is seen as crucial to their plans, with the Gabonese frontman having taken on the captain’s armband this season and plundered another 20 goals across all competitions.

“It’s happened so many times over the years that they’ve allowed good players to run their contracts down and leave for next to nothing,” former Gunners striker Hartson told PA Sport.

“These players are worth a lot of money if they are tied down.

“So there’s a decision to make on Aubameyang, because if they are going to sell him his best worth is in the summer with a year left on his contract. It’s a big call for Arteta to make so early in his Arsenal tenure.”

Hartson added on the challenge facing Arteta and Arsenal: “No European football could affect the likes of Aubameyang.

“The best players want to be in the Champions League and he’s a world-class striker. His work-rate is brilliant. He chases lost causes, technically he’s excellent and he scores goals.

“He’s 30 now, but the way players look after themselves with all the sports science at their disposal these days I expect him to play for some time yet. I feel the shape he’s in he could be a top striker for the next four years at least.

“Arsenal have lots of good youngsters – [Joe] Willock, [Gabriel] Martinelli, [Bukayo] Saka and [Eddie] Nketiah – and that’s why it’s so important to tie Aubameyang down to help them.”

Whatever happens with Aubameyang, Arteta is considered to need at least another 18 months in which to make his mark in north London and get Arsenal playing in his image.

Hartson said: “Arteta will get a couple of transfer windows to try and get them back to where they want to be and I’m sure he’ll be in the market for defenders who defend properly this summer.

“David Luiz and Shkodran Mustafi are two players you wouldn’t hang your hat on to keep clean sheets and you need those solid defensive foundations to make the Champions League and win cups.”

Arsenal will be back in the hunt for silverware on Monday when they take in an FA Cup fifth round clash with Portsmouth.