Ever since The Sun's coverage of the Hillsborough Disaster in 1989, the newspaper has been ostracised in the city – and here's why

For decades, Liverpool fans – and those who live in the city, or are affiliated with either – have boycotted the Sun, with newsagents refusing to sell the newspaper and others declining to even say its name in full, instead referring to it as "The S*n" or "The Scum".

The Sun's notoriety related to the city Liverpool has been prominent ever since the Hillsborough Disaster occurred in 1989, resulting in 96 fatalities after a human crush.

Goal has everything you need to know why the Sun is still boycotted in Liverpool, and why so many in the North West still refuse to pick it up.

What is The Sun?

The Sun is a tabloid newspaper and one of the largest-circulating broadsheets in the UK.

The publication has attracted extensive amounts of controversy since its foundation in 1964, having been repeatedly accused of regularly falsifying information and having misleading headlines, as well as allegations of being a perpetrator of the spread of fake news.

A Conservative-supporting newspaper in recent years, The Sun has also been infamously accused of right-wing ideas and backing xenophobia and advocating against immigration and free movement within the UK.

What happened in the Hillsborough disaster?

The Hillsborough disaster took place on April 15, 1989, during an FA Cup semi-final tie between Liverpool and Nottingham Forest. During the match, a fatal crush left 96 dead and 766 injured, and is to date the worst stadium-related disaster in British sport history.

Weak stadium infrastructure, poor officiating by police officials at the match and severe overcrowding amounted to the deaths of 96 Liverpool fans in the Leppings Lane stand at Hillsborough Stadium.

Police were unable to streamline the flow of Liverpool fans pouring into the Leppings Lane stand before the game, with match commander David Duckenfield deciding to open one of the exit gates with a view to moderate the heavy surge of supporters.

When he ordered the gate to be open, however, far too many supporters were let into the stand, causing for a disastrous human crush.

Duckenfield was found not guilty of causing gross negligence manslaughter in November 2019, but an inquest in 2016 found the deaths were unlawful and breached his duty of care to those who died.

Why do Liverpool fans hate The Sun?

Following the catastrophic events at the stadium, the police wrongly attributed all blame surrounding the human crush to the Liverpool fans in attendance, accusing them of being drunken hooligans.

The Sun, then, in turn, published a front-page piece about the incident titled "The Truth" four days after the incident, in which they also accused the Liverpool fans of ultimately causing the deaths of 96 supporters due to their actions on the pitch.

Three sub-headings followed the controversial headline, consisting of: "some fans picked pockets of victims", "some fans urinated on the brave cops" and "some fans beat up PC giving kiss of life".

The newspaper stated that information of Liverpool fans' supposed behaviour was fed to them by police inspector Gordon Sykes, in which he stated that Liverpool fans had pickpocketed the dead – in addition to other accusations by unnamed police officers as well as Conservative MP Irvine Patnick. 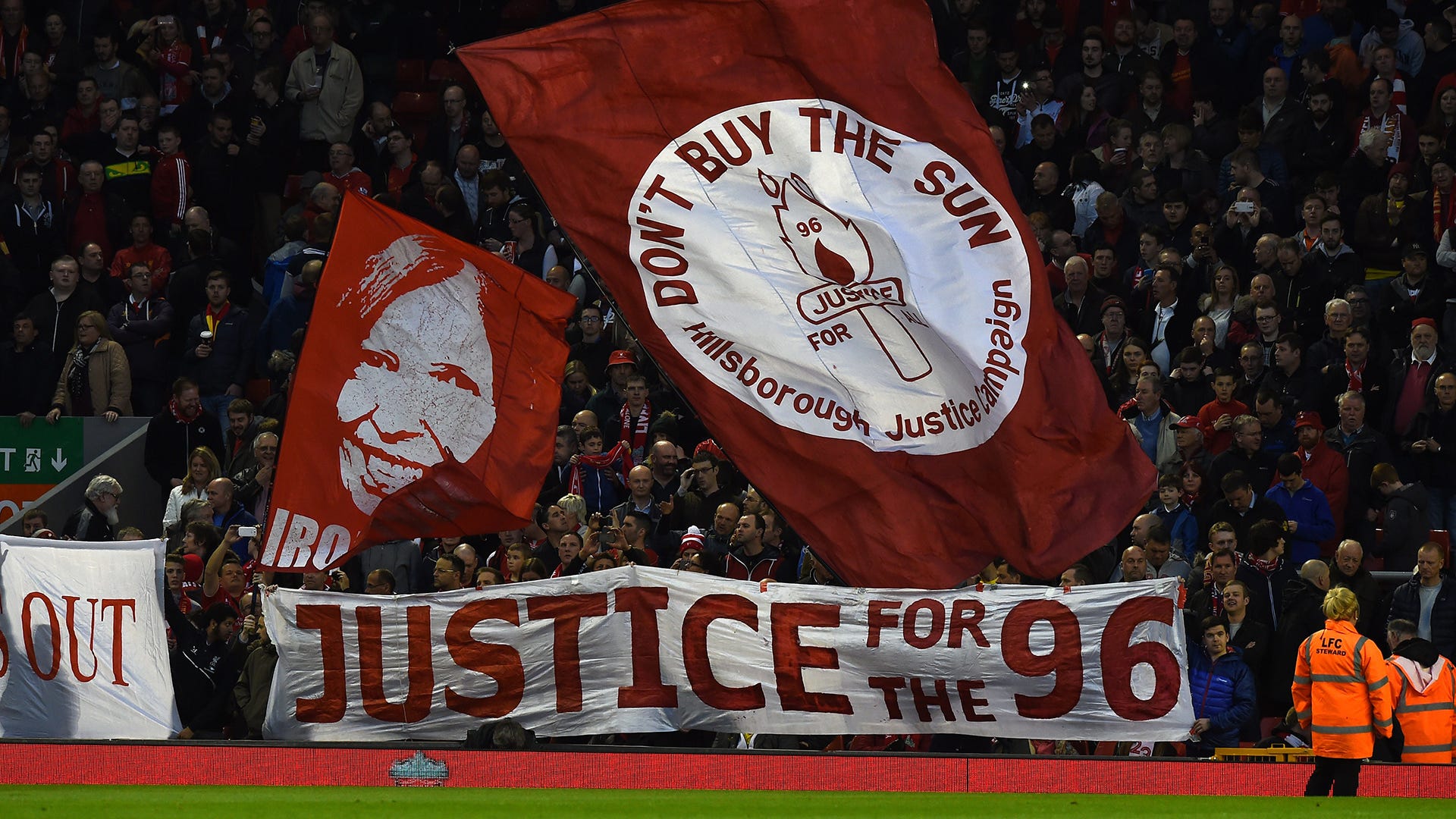 The Sun's story then went on to state that "drunken Liverpool fans viciously attacked rescue workers as they tried to revive victims" and "police officers, firemen and ambulance crew were punched, kicked and urinated upon".

The Sun's media coverage of the disaster led for a large majority in the city of Liverpool to boycott the newspaper, and sales dipped following 1989 and have not recovered since.

It is boycotted not just by Liverpool fans, but Everton supporters as well, and those who generally have an affiliation to the city and football club.

Campaign groups such as Total Eclipse of The S*n group have advocated for the total boycott of the newspaper within the city.

The 1990 Taylor Report concluded that all accusations of drunkenness and violent behaviour from Liverpool fans were unfounded, stating that most fans were: "not drunk, nor even the worse for drink".

Liverpool FC banned journalists from The Sun from entering Anfield for press coverage in 2017, denying them access to matches and press conferences. Everton followed a few months later with Goodison Park.

Following the ban Liverpool placed on Sun journalists entering Anfield, Total Eclipse of The S*n group tweeted: "Further to conversations with LFC directors we are happy to inform you that Sun journalists [will] no longer enjoy access to club premises."

Have The Sun apologised for their comments?

In 2005, 15 years after the disaster, The Sun published the following official statement: "Our carelessness and thoughtlessness following that blackest of days made the grief of their families and friends even harder to bear.

"We long ago apologised publicly to the victims' families, friends and to the city of Liverpool for our awful error. We gladly say sorry again today: fully, openly, honestly and without reservation."

Kelvin MacKenzie, editor of the Sun during the Hillsborough coverage, apologised in 1993 for his actions, but ultimately put the blame on the misleading information he received from the Tory MP: "I regret Hillsborough. It was a fundamental mistake.

"The mistake was I believed what an MP said. It was a Tory MP. If he had not said it and the chief superintendent had not agreed with it, we would not have gone with it."

However in 2006, he went back on his apology, being quoted at a private business lunch that he had only apologised because newspaper owner Rupert Murdoch had made him: "I was not sorry then and I'm not sorry now."

In 2012, though, following the publication of a report that absolved Liverpool fans of all blame regarding the tragedy, MacKenzie stated: "Today I offer my profuse apologies to the people of Liverpool for that headline. I too was totally misled.

"It has taken more than two decades, 400,000 documents and a two-year inquiry to discover to my horror that it would have been far more accurate had I written the headline The Lies rather than The Truth. I published in good faith and I am sorry that it was so wrong."

Liverpool fans have long since refused to accept the apologies made by the paper and former editor.