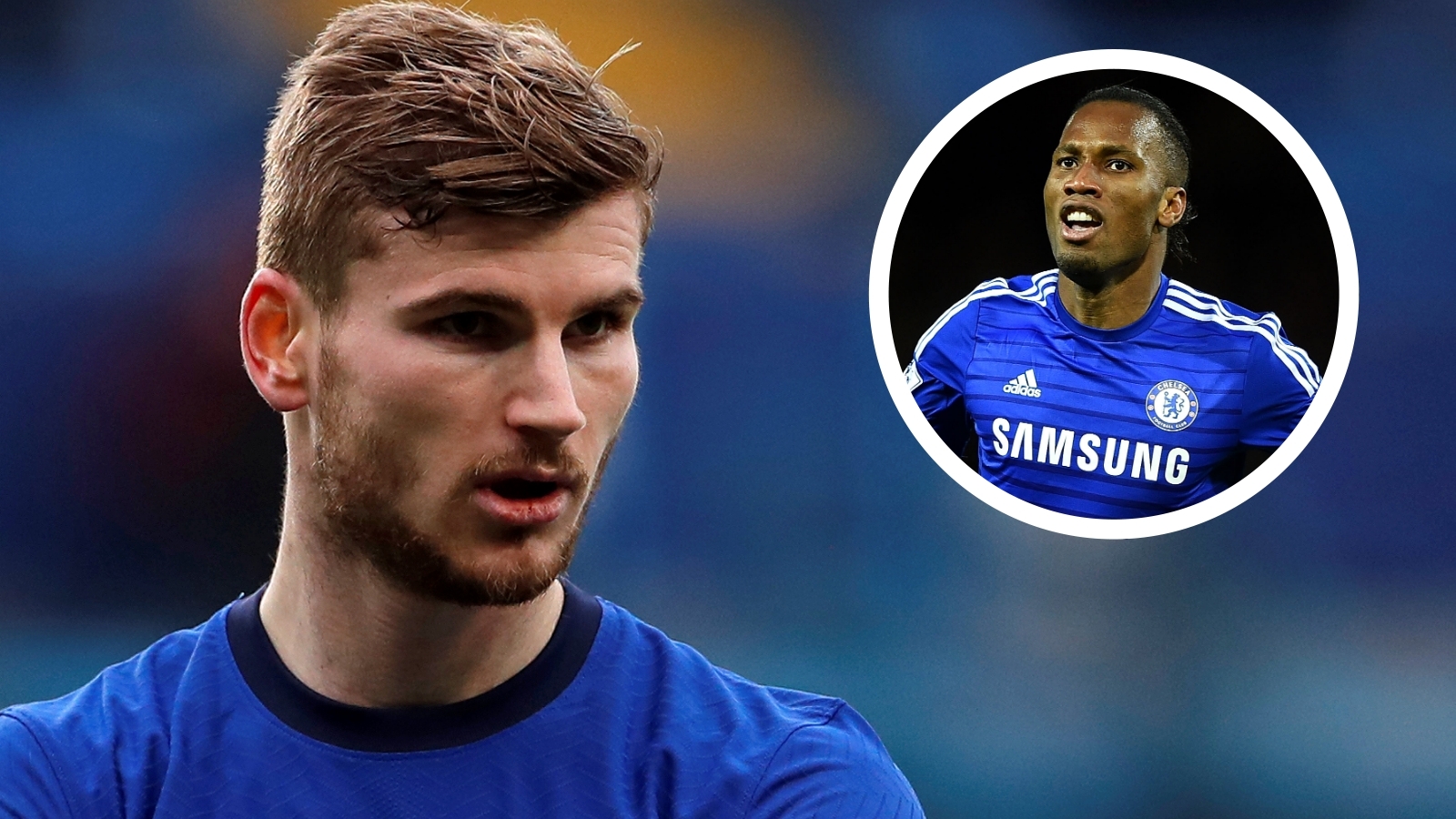 The Germany international has endured a testing debut campaign in England, but he is not the first proven frontman to experience such struggles

Timo Werner believes he can still follow in the footsteps of Didier Drogba at Chelsea, with the Germany international eager to point out that many proven strikers before him have taken a season to settle in England.

The Blues have a chequered history when it comes to big-name forwards. Patience was, however, rewarded by Drogba.

The Ivorian netted just 10 league goals in his debut campaign, and Werner believes he is capable of overcoming a slow start and emulating the efforts of a four-time Premier League winner.

Werner told BBC Sport when asked if he looks to Drogba for inspiration: “A lot of good strikers come to the Premier League and take one year to settle down and adapt.

“I think my form is going up and getting better and better. Maybe this year is not the year of goal-scoring for Timo but at the end I will reflect on the season.

“I have learned a lot. I know exactly the teams we play against, how they play.”

How many goals has Werner scored this season?

He had eight goals to his name by November, but then saw end product dry up.

At one stage, Werner managed to find the target just once in 20 games for club and country, with that solitary effort coming in an FA Cup tie with League Two side Morecambe.

A barren run in the Premier League extended to 1,000 minutes before opening his account under new Blues boss Thomas Tuchel in the 2-0 win over Newcastle.

“I never had it in my career before,” Werner added on his struggles in front of goal. “You can always learn more from the bad situations. I learned to trust in myself, to give everything on the pitch, not only think about goals and fight for the team.

“Now I hope this period is gone and I score a few more goals until the end of the season.”

What was Drogba’s record at Chelsea?

The Ivorian was signed by Jose Mourinho during the summer of 2004. He would find the going tough at times, as Werner has, and registered just 16 goals across all competitions in each of his first two seasons in west London.

Drogba only bettered that mark in two of the next six years that he spent with Blues – with a couple of memorable campaigns seeing him pass the 30-goal mark – but his status as a modern day legend was secured.

He returned for a second spell at Stamford Bridge in 2014-15, taking his overall goal tally for the club to 164 along the way, and helped Chelsea to four Premier League titles, four FA Cup triumphs, three League Cups and the 2012 Champions League crown.