The term 'Covid-19' was only just beginning to appear in the English language when Armando Broja signed his first professional contract with Chelsea on February 26, 2020. His senior debut, against Everton 11 days later, proved to be the final game the Blues would play for over three months due to the game's shutdown in the spring.

That remains Broja's only appearance for Chelsea to date but that does not mean he has stopped making an impact over the course of the 2020-21 campaign.

A year is a long time - especially in the world of football.

Having joined Vitesse on a season-long loan deal over the summer, the 19-year-old is currently the top goalscorer among teenagers playing in Europe's top 10 leagues, based on UEFA coefficient, this term.

Broja has nine goals and two assists in 20 league appearances thus far and has already matched Zlatan Ibrahimovic's total goal tally from his first season with Ajax, while he is likely to better Luis Suarez's total of 10 league goals that he scored for Groningen in his only season there before leaving for stardom at Ajax.

"Nine goals and two assists is good but I am never satisfied," Broja tells Goal  in an exclusive interview ahead of Tuesday's KNVB Beker semi-final against VVV-Venlo. "I want to get more goals and assists to keep tallying them up.

"I have played over 1000 minutes and I have 11 goal contributions. It is not bad but I want more goals and assists. I want to do more."

Ibrahimovic and Suarez were not the only household names to make early career moves to the Netherlands, as Brazil legend Ronaldo scored 54 goals in 58 games for PSV after joining from Cruzeiro in 1994. 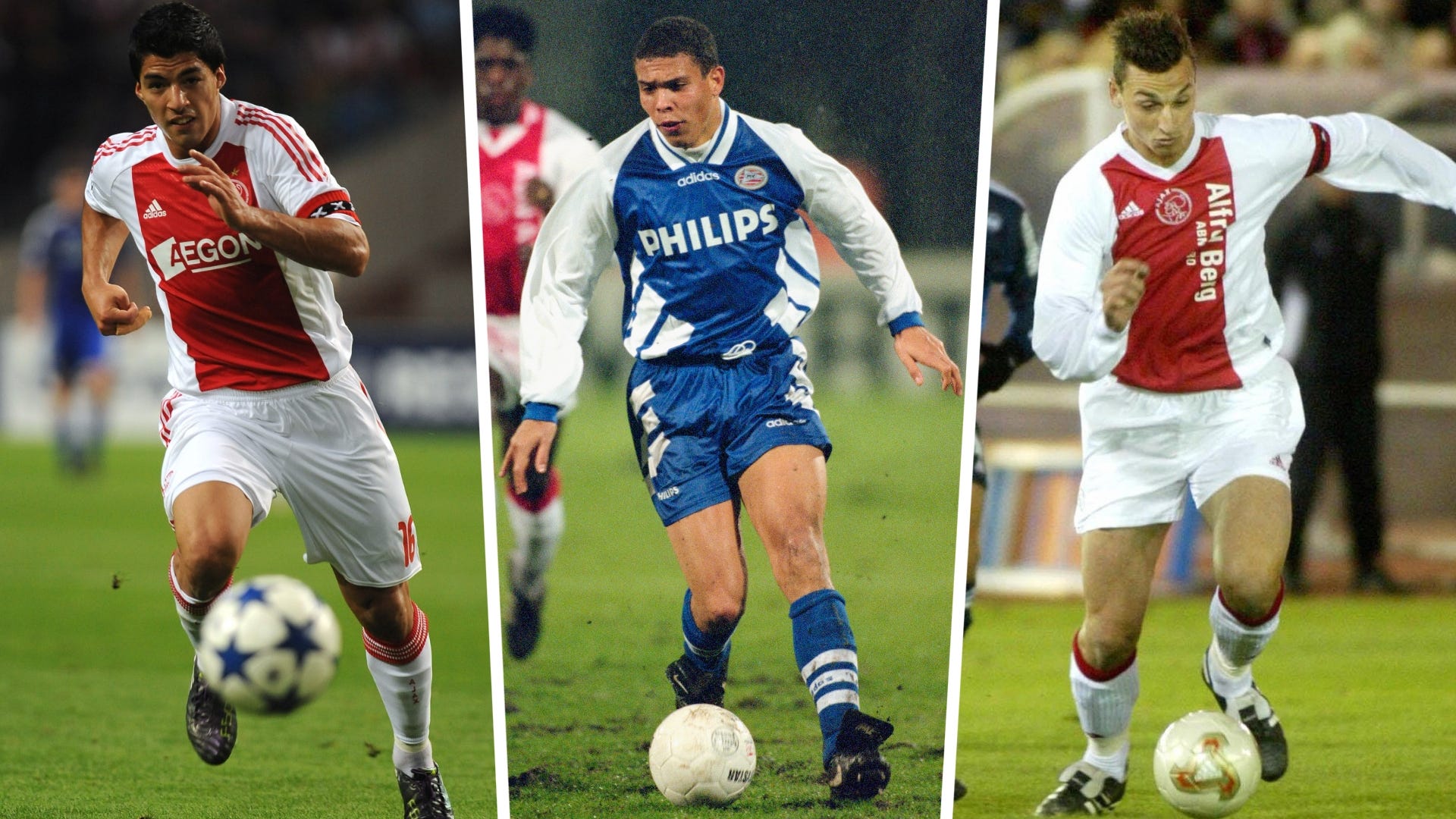 The 1994 and 2002 World Cup winner is one of Broja's heroes, and he is excited to be emulating the ex-Real Madrid and Barcelona man in some way as he takes his first strides into the professional game.

"The original Ronaldo was incredible, probably the best striker of all time," he says. "I was a bit young to watch him on TV but I watched a lot of his clips on YouTube.

"I knew that R9 came to PSV, I knew Suarez and Zlatan were at Ajax. A lot of top strikers played in Holland in their first season, so I thought it was also a great place to learn and develop."

Vitesse has long held a strong relationship with Chelsea, and Broja is following in the footsteps of the likes of Mason Mount, Nemanja Matic, Dominic Solanke and Bertrand Traore in earning experience with the Dutch outfit before returning to west London.

The bond between the clubs was built through their shared Russian ownership, although Vitesse's footballing operations are now overseen by former employees of the Red Bull Group in the shape of sporting director Johannes Spors and manager Thomas Letsch.

The duo oversaw the scouting of Broja as he impressed for Chelsea's youth teams, though the history between the two sides did not necessarily mean that the deal was easy to negotiate.

"I really had to fight for Armando, it was not like: 'I want Armando' and: 'Here you go'," Spors tells  Goal.

"I had to really convince him. If he said no, it is no. I had to convince Chelsea that we thought he was ready for that. We have to still make sure that everyone is convinced that it is the right step.

"It is a good relationship. Nothing happens because of the owners, but it opens doors." 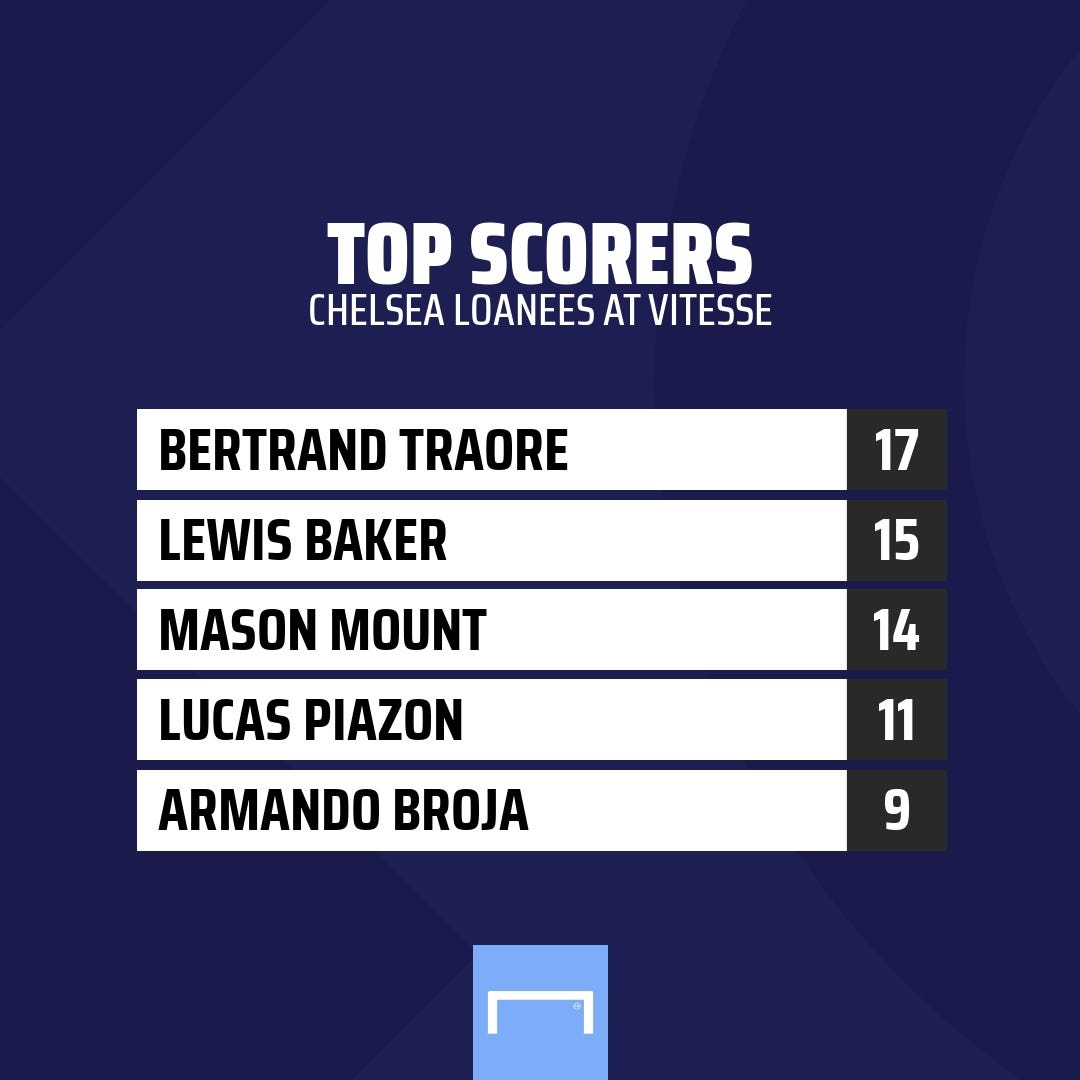 Broja's decision to head for the GelreDome has certainly paid off so far, with the Slough-born striker having come a long way from the extra training sessions he used to do with his father, Xhevahir, while playing for Sunday league side Burnham Juniors.

It was at the age of six that he got his first taste of a top academy, though it did not come with Chelsea.

"A Tottenham scout came down to a tournament to watch another player, I performed well, won the best player and was top scorer," Broja explains. "The scout came and spoke to my parents and me, and they said: 'I would love it if your son would try out at Tottenham'.

"I had a single session there and the academy boss said they wanted me to sign. I had Fulham wanting me as well, but I chose Tottenham.

"Tottenham have a big rivalry with Chelsea. I went down to Cobham to play them and I remember starting on the bench.

"I may have supported Chelsea and loved Chelsea, but I always wanted to play against them and beat them, mostly because I wanted to actually play for Chelsea.

"Unfortunately, I was on the bench and I was really angry about it. At the time, the big decision makers at Chelsea were watching the game, so I thought if I come on I can maybe impress them.

"Straight away after coming on I scored one and assisted one. We drew against Chelsea’s' A' team and then we played against their 'B' team and I think we won 9-0. I got seven goals!

"The Chelsea scouts came over and said they would love to have me. I was so happy because I could play for the club I supported. I was like: 'Yes, I want to be here; this is the club I love'. I have been at Chelsea from the Under-9s until now." 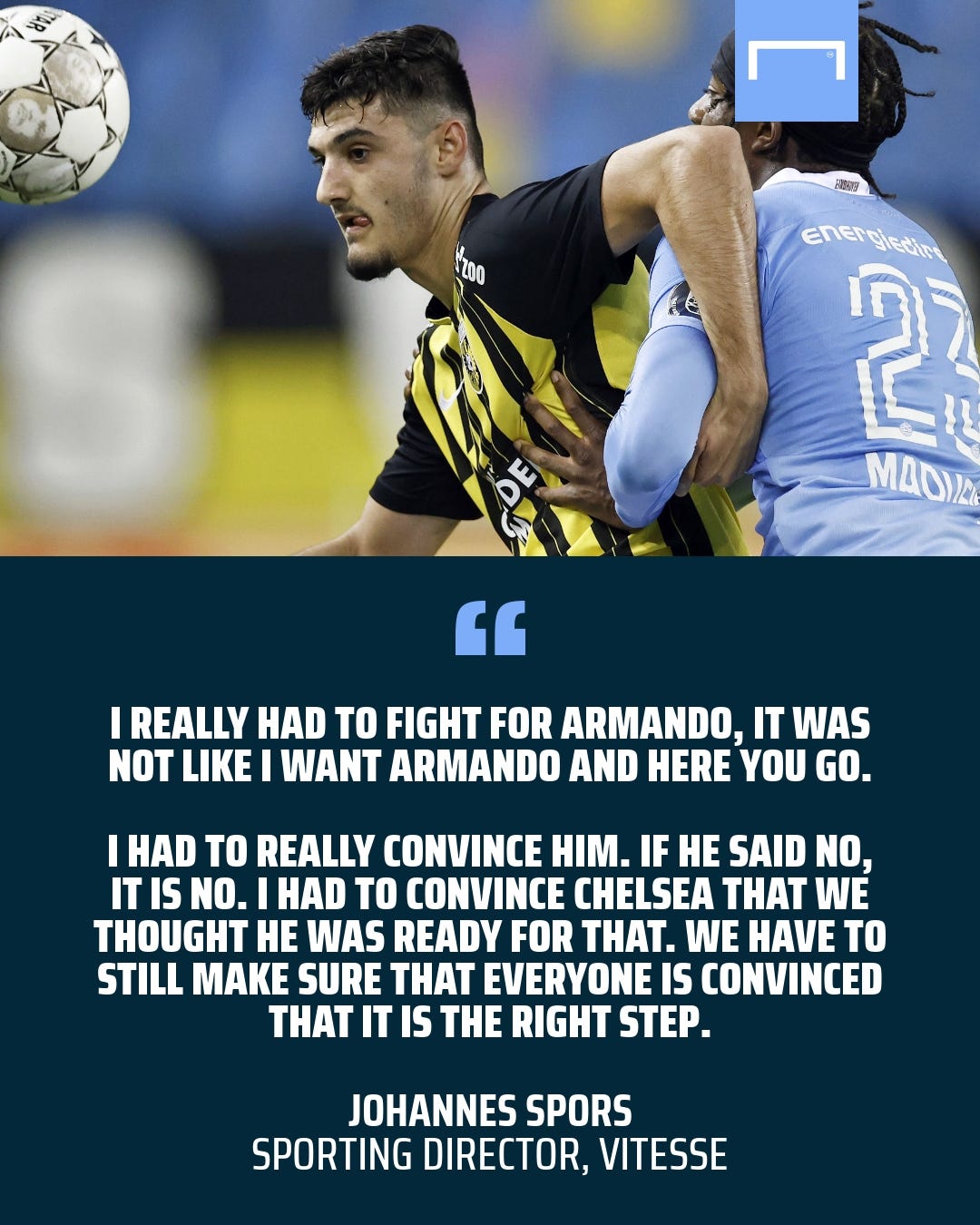 Though Broja eventually made it to the first team, his decade with the Blues has not been without its tough moments, particularly when he reached the club's U18s.

"In the first year of Under-18s when I was 17, I wasn’t having the greatest season," he admits. "I was on the bench and, when I did get a chance, I was struggling. I scored two goals all season, so I was really down.

"My parents were trying to help and encourage me, but I had lost a lot of confidence. Even in training, I was missing shots, so I didn’t play a lot.

"Then, I had a boost from my mum and dad that Albania had called me to play with them in the summer. It was the Under-19s, so I thought it would be good to go there, get some confidence in a different team with different players, and take my mind away from Chelsea."

It certainly did the trick, with Broja's five goals in four games for the U19s, followed by two goals on his debut for Albania's U21s against Wales, setting him on a path to become the Chelsea academy's leading striker in 2019-20.

He has since gone onto make his full international debut having netted 19 goals for the Blues' youth teams last term, and is not shy in revealing he wants to reach legendary status at the Bridge.

"I was like: 'Wow! That's Frank Lampard, [Didier] Drogba or John Terry right in front of me' when I would see them around," he says. "I loved to take pictures with them because I wanted to be them. I wanted to be in their shoes at the top level.

"Now I am approaching the age they were when they were playing, I want to try and surpass Drogba. It might not be easy, but that’s my mentality and how I am feeling."

For now, Broja just needs to concentrate on finishing the season strongly for Vitesse. They are 90 minutes away from a cup final against either Ajax or Heerenveen, while in the league they sit fourth and are well in the hunt for European football.

Should they achieve their goals by May, then Broja will certainly remember this oddest of years with plenty of fondness.