For the first time this season, they dared to dream.

Anfield had just heard its sweetest sound of the day, the final blast of Craig Pawson’s whistle confirming yet another victory for the Premier League’s runaway leaders, this time over great rivals Manchester United.

Jurgen Klopp punched the air, Alisson Becker fell to his knees. Ole Gunnar Solskjaer, beaten by the team he most wants to beat, wore a face like a robber’s dog.

And the Kop began to sing.

Even former Reds centre-half Jamie Carragher, up in the Sky Sports gantry, couldn't resist joining in. Alongside him, Gary Neville would rather have been anywhere else.

They’ve been wary about using that song, Liverpudlians. Desperate not to jinx their team, eager not to give ammunition to rival fans in the event – the now unlikely event – that the Reds don’t go on to deliver on their promise.

They needn’t worry about that. We’re only in January, but league championship number 19 – Liverpool’s first for 30 years – looks and feels like a formality. "Not over yet," insisted Mo Salah afterwards, but it will be soon.

This win, a 2-0 victory which could and should have been even more comprehensive, takes Klopp’s team into a lead of 16 points over second-placed Manchester City.

Liverpool also have the luxury of a game in hand, just in case. They now need 10 wins from their last 16 matches to clinch their first title in 30 years, and if you’re wondering if they’re capable then remember this; they’ve won 30 of their last 31. They've lost once in the league in 623 days. 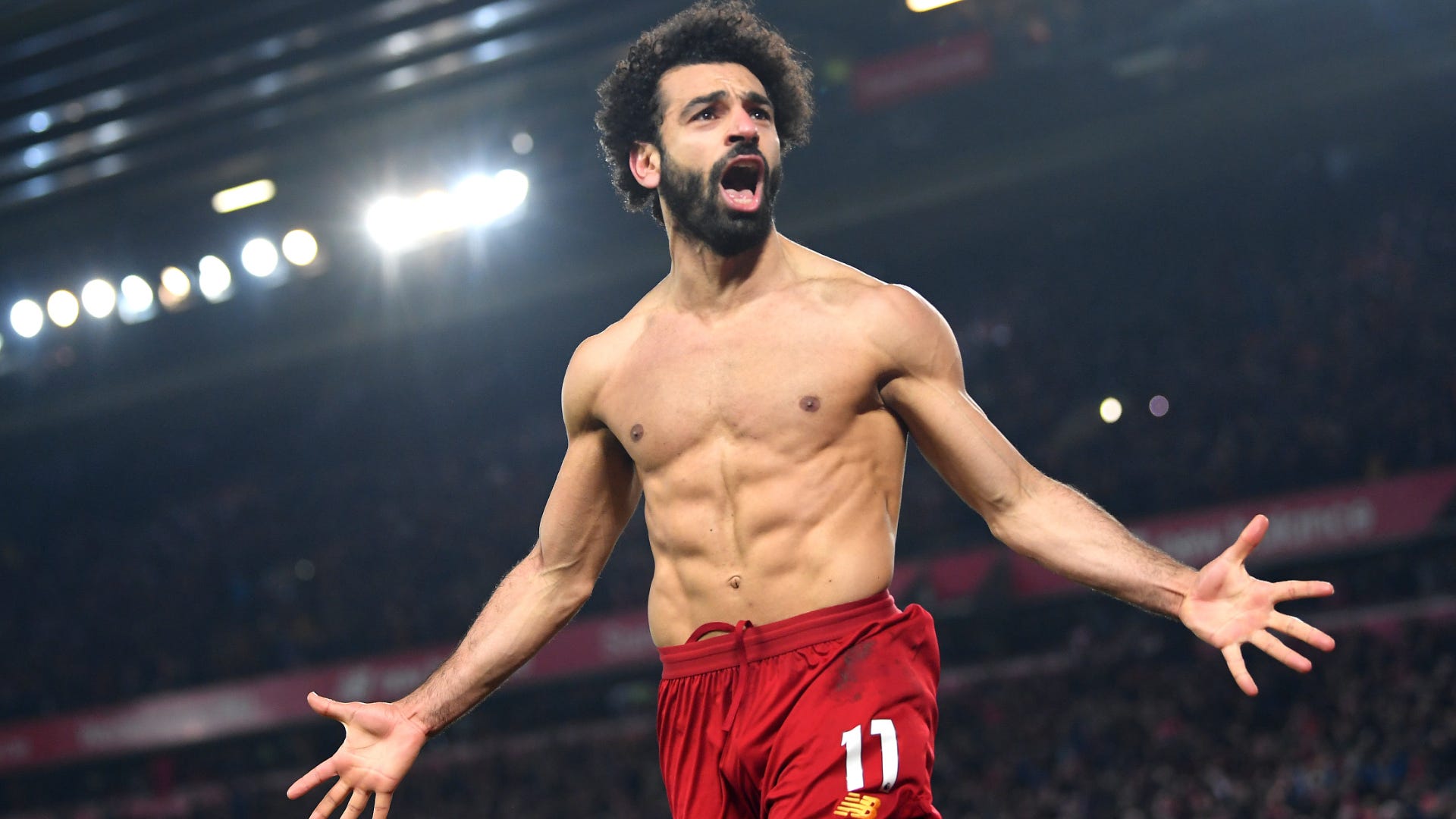 “They are in a different league,” said Chris Sutton, a title-winner with Blackburn in 1995, on BBC Radio 5 Live. “You fear for the rest,” added former United captain and seven-time Premier League champion Roy Keane on Sky Sports.

Solskjaer tried to put on a brave face, but he had to. “We created pressure,” the United boss suggested to Sky. “They looked nervy.”

Sorry, Ole, you might want to revise that. Liverpool may have taken until the 93rd minute to underline their dominance, with Mo Salah racing away to confirm the points in front of the Kop, but if this was the Reds looking "nervy", then God help the Premier League when they start playing with freedom.

On another day, they could have been five goals to the good inside an hour. Virgil van Dijk got the one that counted, heading home a Trent Alexander-Arnold corner in the 14th minute. The symbolism was strong here; head and shoulders above the opposition, both literally and figuratively.

After that, it should have been a procession. Roberto Firmino and Gini Wijnaldum had goals ruled out, while David De Gea denied Sadio Mane before half-time. After the break, Salah missed a sitter, while Jordan Henderson had a shot brilliantly tipped onto the post.

United rallied. They had to. Andreas Pereira missed their best chance, their only chance, of the first half and Anthony Martial squandered their clearest opening in the second. "Big chances," Solskjaer said. Rare chances, more like.

Liverpool stood firm, recording their seventh consecutive clean sheet in the league. They're the best team in the division by a mile, and so much of their strength comes from their defence. 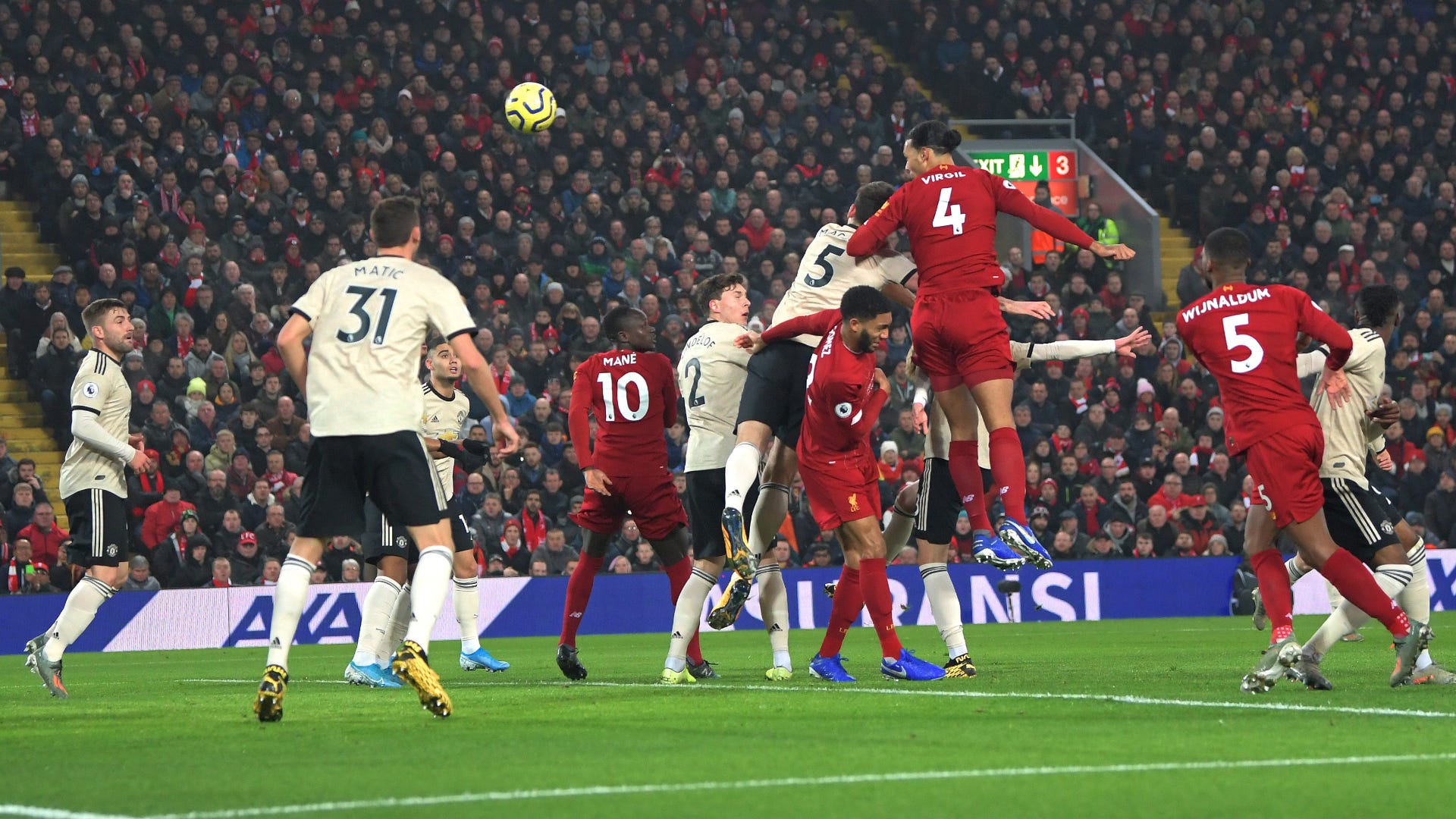 Van Dijk and Joe Gomez were again imperious, aided fabulously by the indefatigable Henderson and Gini Wijnaldum. The sight of Liverpool’s midfield lynchpins, the players who get through more work than any other, sprinting away on the counterattack in the 90th minute, said it all.

"The energy they put on the pitch was incredible," Klopp told Sky. "I enjoyed the game a lot."

It was another counterattack which sealed the win, Alisson Becker releasing Salah with a quick volleyed pass, Salah staying cool to hold off Dan James and beat De Gea. It was his first ever goal against United, and it was celebrated accordingly.

Alisson's was the first assist by a Liverpool goalkeeper since Pepe Reina 2009. His celebrations – running the length of the field to slide on his knees into a topless Salah – had a touch of Reina about them too.

Then, came the song. Tempting fate? Not for Klopp.

"They can sing that," he smiled. "I have no problem with that. Everyone should celebrate the situation, apart from us."

There it is again, that relentless mentality. "It's about the next game and the next challenge," said Henderson. They're thinking of Wolves already.

That's for Thursday, though. For Sunday, they can reflect, again, on a job well done.

Manchester United will always be their rivals but, on this evidence, it'll be a long time before they're anything like their equals again.