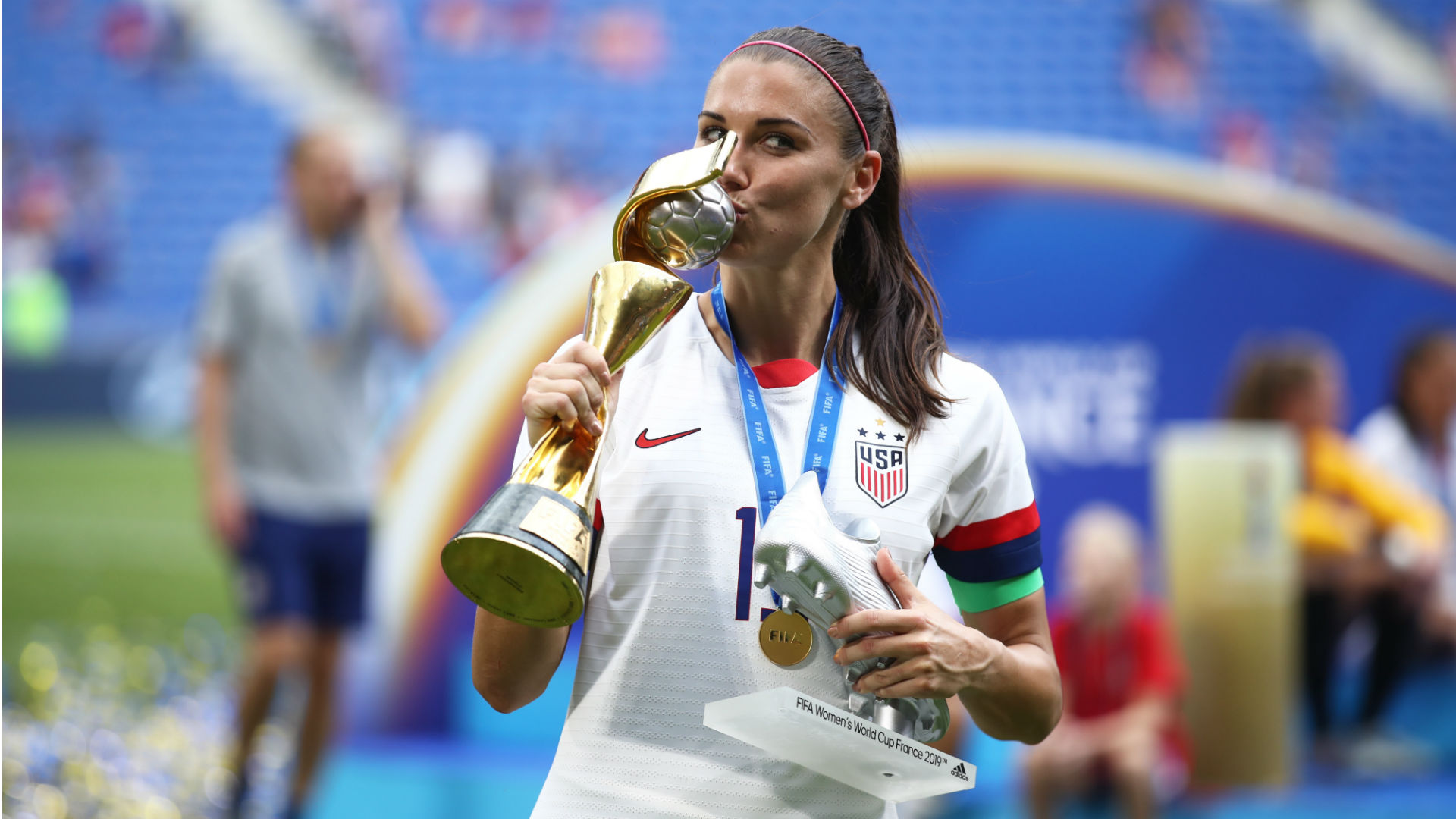 The 31-year-old forward will spend the 2020-21 campaign with the north London side and will wear the No. 13 shirt

Tottenham Women have announced they have signed Alex Morgan.

The 31-year-old striker will join the north London side from Orlando Pride on a one-year contract once a visa is granted and will wear the No.13 shirt.

Morgan has enjoyed a glittering career to become one of the most iconic figures in the women's game, having amassed 169 caps and scored 107 goals for the United States national team.

After winning a gold medal at the Olympics in London in 2012, she went on to lift two World Cup crowns with the USWNT in 2015 and 2019, while she also claimed two CONCACAF Women's Championship titles.

Morgan spent four years with Orlando Pride, though she spent the 2016-17 campaign on loan at French powerhouse Lyon, where she won the domestic league and cup as well as the Champions League.

She has collected a host of individual accolades over the years, too, having been named CONCACAF Player of the Year four times and US Soccer Athlete of the Year in 2012 and 2018.

2020 is the year of the unexpected, but next up — the first stamp on Charlie's passport. #COYS @SpursWomen pic.twitter.com/EkGnmFaQBN

A finalist in the FIFA The Best awards in 2019, Morgan gave birth to her first child, daughter Charlie Elena Carrasco, in May this year.

"We are extremely proud to welcome Alex to the Club and we're looking forward to seeing her defending the Spurs badge," Juan Amoros, one of Spurs' two head coaches alongside Karen Hills, said.

"Alex's arrival is a landmark for the club and it's another step in our amazing journey and shows the ambition for the women's team.

"This is a historical moment for Spurs women, and we couldn't be more excited to welcome one of the biggest names in football to our club," Hills added.

"Alex brings a wealth of experience and I believe will support and help the growth of our rising stars both on and off the pitch."

Morgan follows four of her USWNT team-mates in making the switch to the English league, with Rose Lavelle and Sam Mewis joining Manchester City and Christen Press and Tobin Heath making the move to Manchester United. Meanwhile, two of her Orlando Pride team-mates, Shelina Zadorsky and Alanna Kennedy, are already on loan at Spurs.

Tottenham started their Women's Super League campaign with a 1-1 draw against West Ham last week and are in action again on Sunday when they visit Everton. They are also through to the FA Cup quarter-finals, with a clash against London rivals Arsenal scheduled for September 26.

The north London side finished seventh in the table last season after winning promotion from the Women's Championship, sitting 19 points behind champions Chelsea when the campaign was ended prematurely because of the coronavirus pandemic.