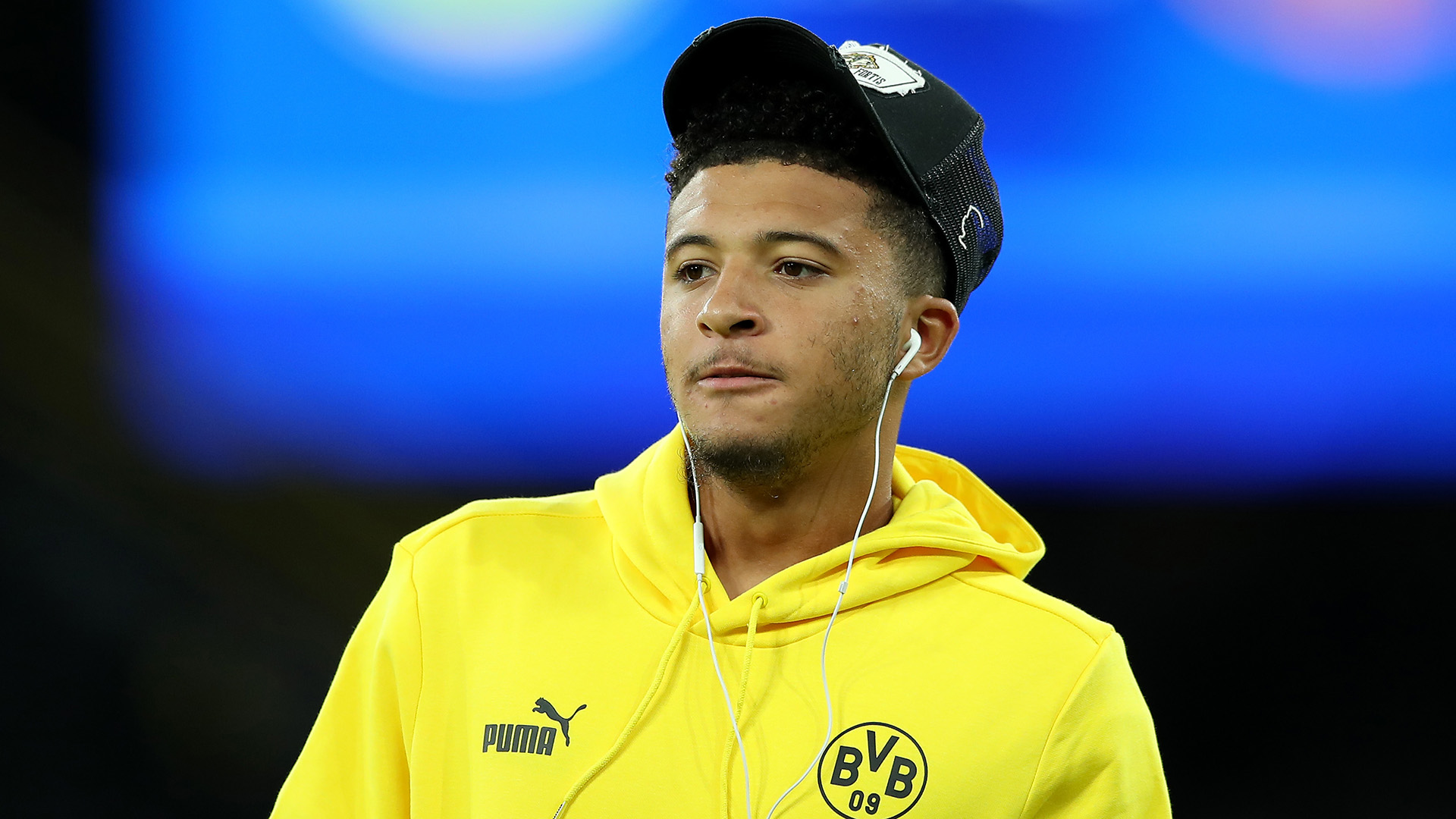 Jadon Sancho is capable of following in the footsteps of Cristiano Ronaldo and David Beckham at Manchester United, says Phil Neville, with the Red Devils urged to land another “out-and-out winger”.

The likes of Beckham and Ronaldo starred down the right , while the evergreen Ryan Giggs cemented his legacy on the left.

United have moved away from a 4-4-2 system down the years, but Ole Gunnar Solskjaer is still looking for wide men to make an important contribution to his class of 2020.

Neville believes there is room for improvement within those ranks, despite seeing Marcus Rashford and Mason Greenwood impress, with Sancho considered to be the perfect fit for the Red Devils.

Solskjaer is said to be closing in on a deal that will return the England international to his homeland from Borussia Dortmund, with a big-money transfer seemingly in the pipeline.

Neville believes Sancho would be the best choice in the current window, telling The Webby & O’Neill Podcast : “People are talking about [Jack] Grealish, but now with [Bruno] Fernandes in there, do we need another number 10?

“I think the right-hand side is the biggest area where we need to improve. An out-and-out winger.

“You think about the great Man United sides, Beckham, [Andrei] Kanchelskis… Ronaldo played out there, Ole Gunnar played on the right-hand side.

“I think the right-hand side is the one big hole in the squad. United haven’t really had anyone since Antonio Valencia, really.

“Sancho can play out there and play really well. You’d say that’s someone who will fit the profile.

“You think Rashford and Greenwood, both British players, you think of Fernandes, he’s young and hungry - Sancho fits that.”

United are expected to add as they seek to build on their third-place finish in 2019-20, but Neville has warned there are no quick fixes to be found and that it will  take time for the Red Devils to become serious title contenders again .

He added: “Well, if you think about it, the points difference over the last two years has been 25-30 points. So, it’s not just going to happen as easily as people think.

“The gap between the top two and the rest has been absolutely massive. What Man United have done is put themselves at the top of that next group who are capable of challenging the top two.

“You think to yourself – how are United going to make up 20 points? That’s a lot, that’s so much, six or seven games.

“So you think to yourself they need to be better defensively, the goalkeeper they can improve. David de Gea needs to get back to his best.

“But I think it’s at the top end of the pitch. Rashford, [Anthony] Martial, Greenwood, let’s get them 20 goals each, let’s start beating every team.”