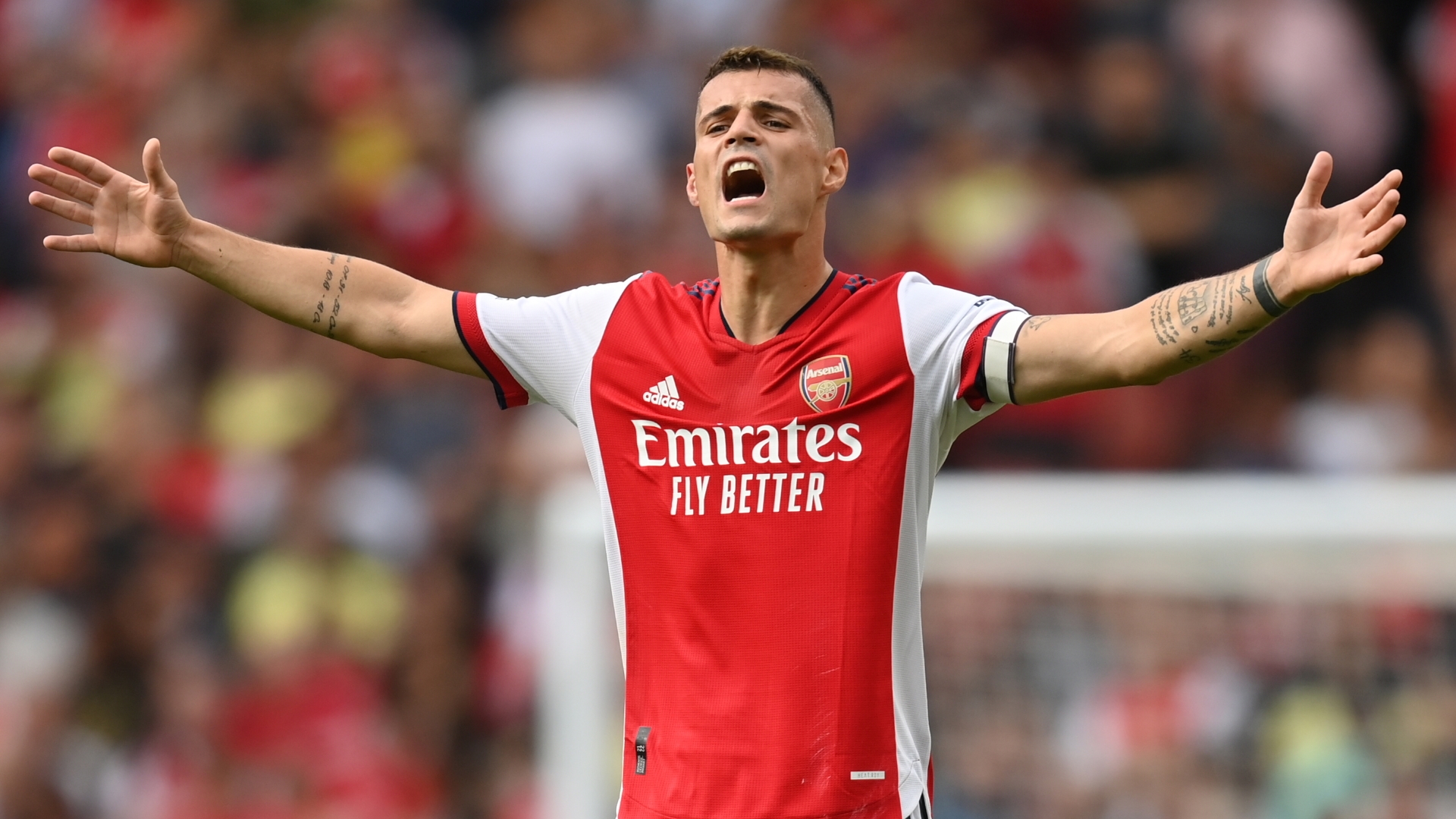 Tiago Pinto says missing out on the Swiss midfielder is his biggest "regret" of the summer, but claims positive business was done at Stadio Olimpico

Roma director Tiago Pinto claims Granit Xhaka wanted to leave Arsenal but had his Emirates Stadium exit blocked and a new contract put on the table.

The Switzerland international midfielder was expected to head out of north London this summer, the 28-year-old making no secret of his desire to take on a new challenge.

It appeared as though he would link up with Jose Mourinho at Stadio Olimpico, but no deal was done and Arsenal eventually tied Xhaka down on fresh terms.

Pinto is still disappointed at having missed out , telling reporters: "The market is closed and today I have fun, because we bought so many players but everyone asks me about the midfielder.

"Everyone knows we were after Xhaka, he wanted to come to Roma, but Arsenal didn’t release him. It’s my regret for this transfer market."

How much business did Roma do?

While Xhaka remained out of reach, there was plenty of movement on and off the field for the Giallorossi.

Pinto is pleased with how things played out, adding: "I can say that it was the most difficult transfer market in recent football history and we did a good job.

"I don't like to say that I'm a good sporting director, but we brought the best coach in the world to the Roma bench, we strengthened the team and placed many exits. We will talk about the things we weren't able to do, but we did well."

Another recruitment window will not open until January, but Roma are still working on getting more deals over the line, with Pinto confident that Italy international midfielder Lorenzo Pellegrini will sign a new contract.

Roma have opened the 2021-22 campaign with four successive victories in all competitions, allowing them to collect six points in Serie A and book a place in the group stage of the Europa Conference League.