Everton forward Richarlison may face retrospective punishment after throwing a lit flare into the crowd while celebrating his match-winning goal in a Premier League clash with Chelsea.

The Brazil international forward settled a keenly-fought contest at Goodison Park in the first minute of the second half, with his pressing from the front forcing Blues captain Cesar Azpilicueta into an uncharacteristic error.

His effort sparked an outpouring of emotion on Merseyside, but the South American could find himself in hot water after returning pyrotechnics thrown onto the field back into the stands.

After wheeling away towards the corner flag, Richarlison initially celebrated with his jubilant team-mates.

As they began to disperse, the 24-year-old spotted a flare thrown from the terraces and picked it up before sending the blue smoke sailing back into the crowd.

Richarlison picks the pocket of Azpilicueta on the edge of his own area and cooly slots the ball past Mendy! 😎 pic.twitter.com/P0VEFoeDi4

Richarlison picks Azpilicueta's pocket and beats Mendy to give Everton the lead!

Will Richarlison be punished for throwing a lit flare into the stands?

There are obvious safety concerns to contend with when it comes to flares, particularly those that are handled while still lit.

Anyone in the stands at Everton that did not see Richarlison launch the object in their direction may also have faced a nasty surprise.

A spokesperson for the Toffees said: "We will look into the matter but, as far as we are concerned, Richarlison was attempting to throw it out of the ground."

There has been no word from the Football Association as yet, but pyrotechnics are banned from football stadiums in England.

What happened to Harvey Elliott when he handled a flare? 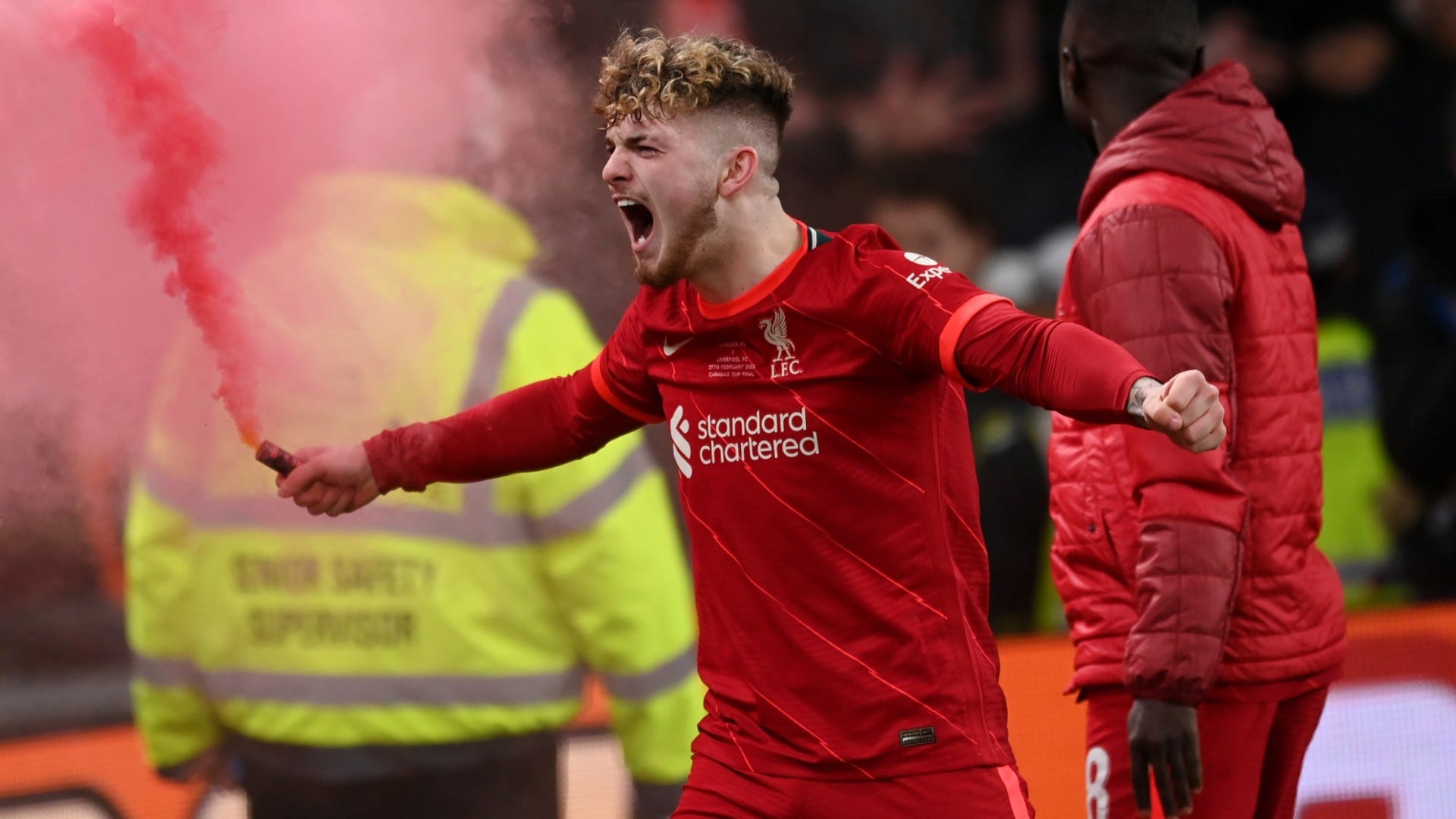 It is not the first time in the 2021-22 campaign that a player plying his club trade on Merseyside has picked up a flare.

After Liverpool’s Carabao Cup final penalty shootout victory over Chelsea, Reds youngster Harvey Elliott was contacted by the FA after holding a flare.

Jurgen Klopp said at the time: “Harvey is a very young man on the pitch. And outside he is still a little bit more a boy.”

No sanctions were handed out then, but Richarlison – on the back of helping Everton take a positive step towards Premier League survival – did go one step further than Elliott by throwing a flare into packed stands.