When Jill Scott made her England debut 15 years ago, reaching 150 caps was nowhere near her thinking.

In fact, a second cap was not even on the brain.

Instead, the skinny 19-year-old embarked on her journey to becoming a Lionesses icon by worrying about keeping her balance late on in a 4-0 win over the Netherlands.

“I had Hope Powell [as the manager] for my debut who - when I look back - was so good at developing me as a player, but she was always a bit strict and daunting,” Scott said this week, reflecting on her international career as she prepares for her 150th appearance on Tuesday, against Northern Ireland.

She will become only the second England player to reach the milestone, after Fara Williams, who has played 172 games for her country.

“I remember I was coming on to replace the greatest footballer that's ever graced our game in Kelly Smith.

“Hope turned around to me and she said, 'have you got your studs on?' I'm thinking, ‘I've got moulded boots on’, so I kind of ignored that question. She joked, 'if you slip on this pitch, you'll probably never play for England again'.

“So I went on dead nervous just like walking around the pitch!” Scott laughs. “But she was so good at making sure that our standards were high all the time.” 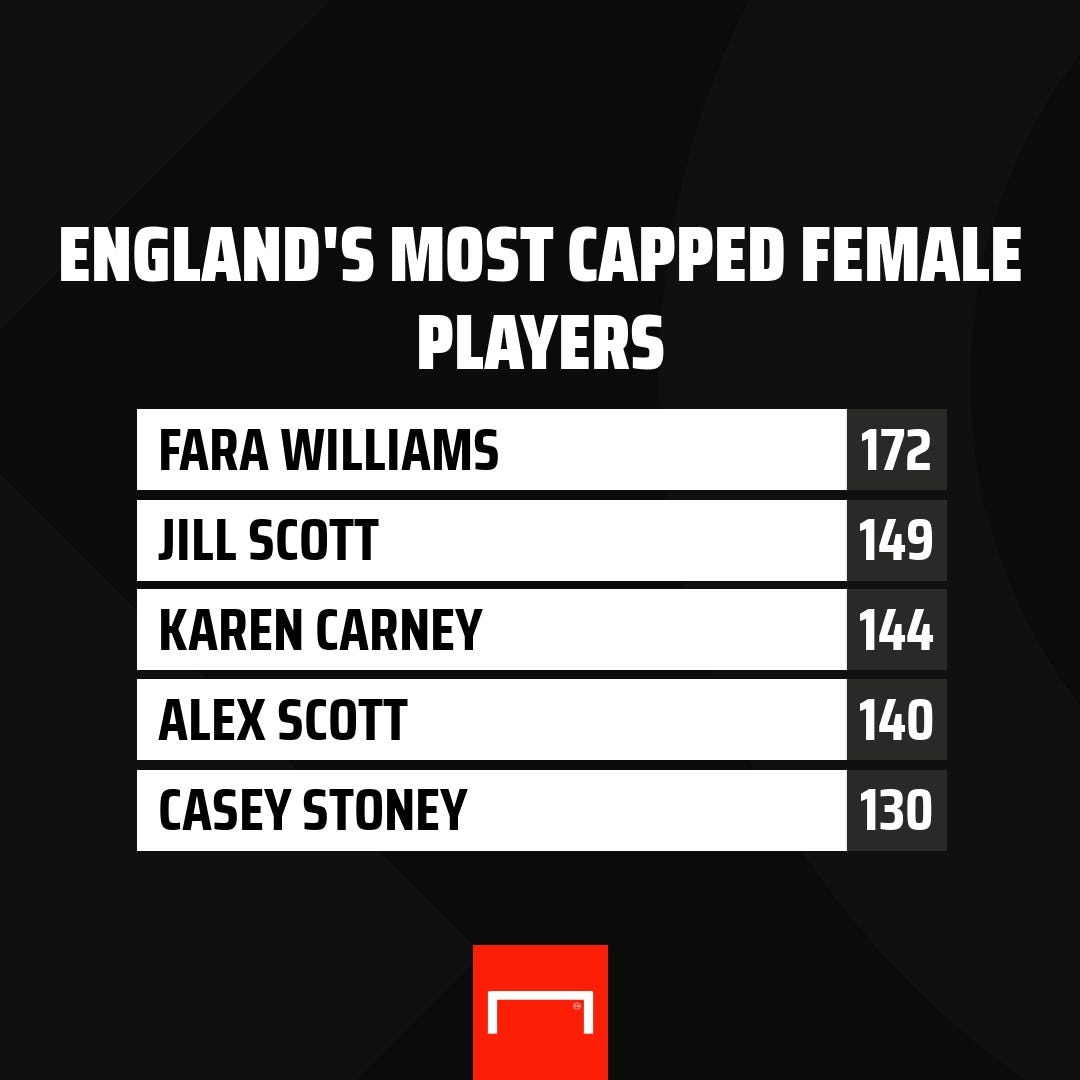 It is fitting that Scott’s international career began with such a light-hearted moment, as the midfielder has spent the last 15 years carving out a reputation as the joker of the England team - but she has also been a staple of the side, too.

While players and managers have come and gone, Scott’s athleticism in the middle of the park has been a constant across seven major tournaments, her knack for popping up with crucial goals another consistency.

Tuesday’s milestone appearance will come after the strangest year of her career. She was meant to reach the mark back in October, against Germany, five years to the day since she became a centurion.

A positive Covid-19 test amid England’s backroom staff cancelled that game, while a game against Norway in December was also called off.

“I probably have felt a little bit anxious about it because the opportunity was coming up and you get excited, and then it was taken away, and then it’s coming up,” Scott said.

“I said last time, good things come to those who wait. If you’re going to go on to achieve something that only two people in England have ever achieved, then it’s not going to be easy.”

The delays and scuppered narratives mean there will be a different feel-good story on the pitch on Tuesday, as Scott will mark the occasion with a battle against an old friend.

The 34-year-old has been coming up against Northern Ireland and Liverpool midfielder Rachel Furness since she was a young girl, the pair having both grown up in the north east of England. 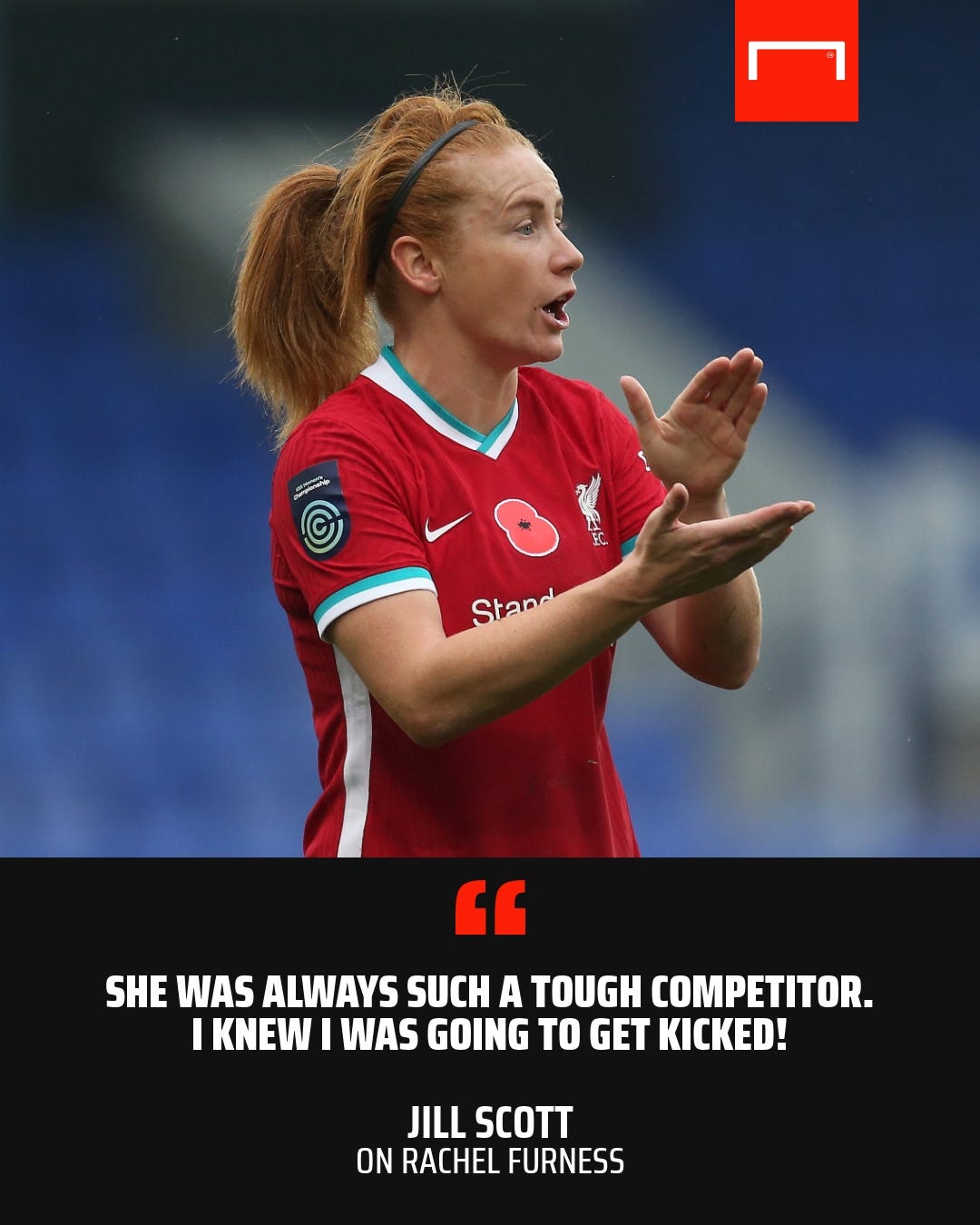 “I remember when we were 10, 11, 12 years old and we were competing, Boldon against Chester-le-Street,” Scott reminisced.

“She was always such a tough competitor in the middle of the pitch. I knew I was going to get kicked and I learned pretty quickly I had to defend myself as well.

“Sport has a funny way sometimes.”

Considering the status she has acquired in the game and the honours she has won at club level, that Scott does not have a winner’s medal for her country is out of sorts.

She has reached numerous semi-finals, represented Great Britain at a home Olympics and even has a runners-up medal from the European Championships in 2009.

But that does not mean the chance has gone. After several near misses, there is real hunger within the England team for a trophy, with an Olympic Games this summer another opportunity with Team GB.

Scott’s involvement in that future seemed in doubt this season as her game time at Manchester City this season dwindled massively. A loan move to Everton has reignited her credentials.

“Hopefully [joining Everton] was the right decision and keeps me in the frame moving forward.”

How many more caps could she win, then? The Covid-19 pandemic has taken a few away from Scott’s reach, but the 34-year-old is tantalisingly close to Williams’ all-time record.

And while she may be entering what is seen as the twilight of a footballer’s career, the midfielder’s drive and energy remains that of the teenager that was trying so desperately not to slip 15 years ago.