After losing to the United States in the 2019 Women's World Cup semi-finals, the Lionesses have struggled. So can the Dutchwoman solve that?

“Are you aware of the pressures and the expectations?”

When Sarina Wiegman, the new England head coach, met the national media for the first time, it did not take long for her to be reminded of the desire in the nation for a trophy.

The players and the Football Association (FA) have made no secret of their will to win - and Wiegman knows what it takes.

Under former boss Phil Neville, the Lionesses were not far off meeting the Dutchwoman and her Netherlands side in the 2019 Women’s World Cup final.

Neville's first, and only, major tournament was a promising one, with Ellen White’s narrowly offside goal and Steph Houghton’s missed penalty among the fine margins in a 2-1 semi-final defeat to the United States.

However, things unravelled for Neville from there. His contract would not be renewed, he would leave early anyway to join Inter Miami and Wiegman, runner-up at that World Cup and champion at the 2017 European Championship, was chosen as his replacement.

Amid all that would come a stint as interim coach for Hege Riise, but so short was her time in charge, many of the problems that plagued Neville's final days spilled over into that spell.

It feels necessary to retell all that detail as this new start has been a long time in the making. On Friday, 399 days after it was announced she would be the next England boss, Wiegman will finally take charge of her first match, a World Cup qualifier against North Macedonia. 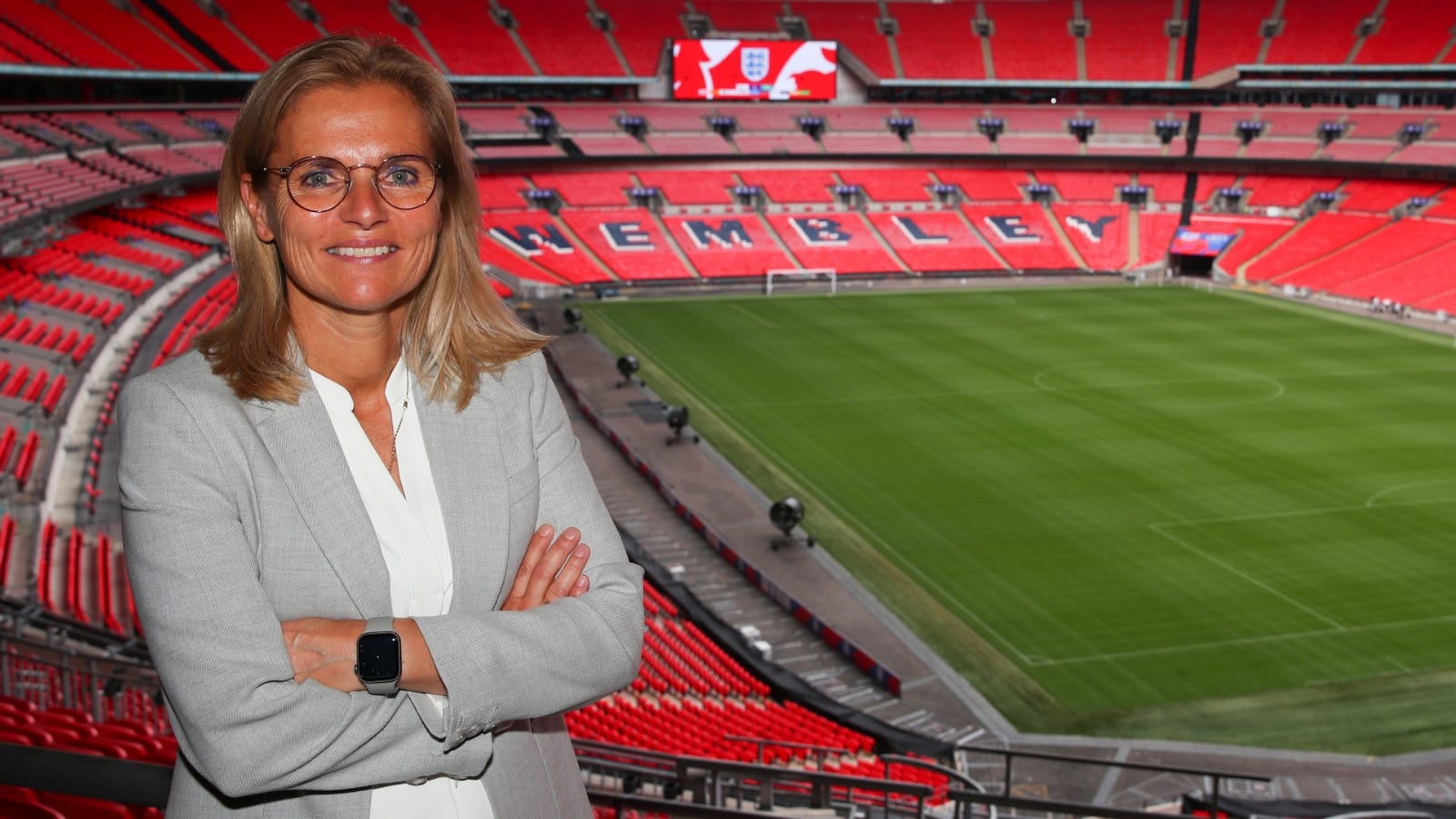 Neither that, nor her second game in charge away to Luxembourg on Tuesday, are blockbuster affairs. Ranked 131st and 122nd in the world, respectively, these are opponents that England will be expected to beat.

But perhaps that is fitting, as it is the sort of pressure that will be on Wiegman for most of her tenure, especially with England set to host next summer’s Euros - a tournament they want to win.

“I’ve come here to come to the next level,” Wiegman said, quite simply, about that pressure. “I know what I want. I know what my vision is. If we work well, we know what our plan is, [we] know what the expectations are.”

The fact England will go into these two qualifiers as heavy favourites might not inform anyone regarding their chances of winning the Euros, but it will be an opportunity to see what Wiegman’s team will look like.

“I don't think that the style of play differs very much,” she said, asked how her vision may be affected by a new, different set of players. “It's just that there are different players who execute actions differently. 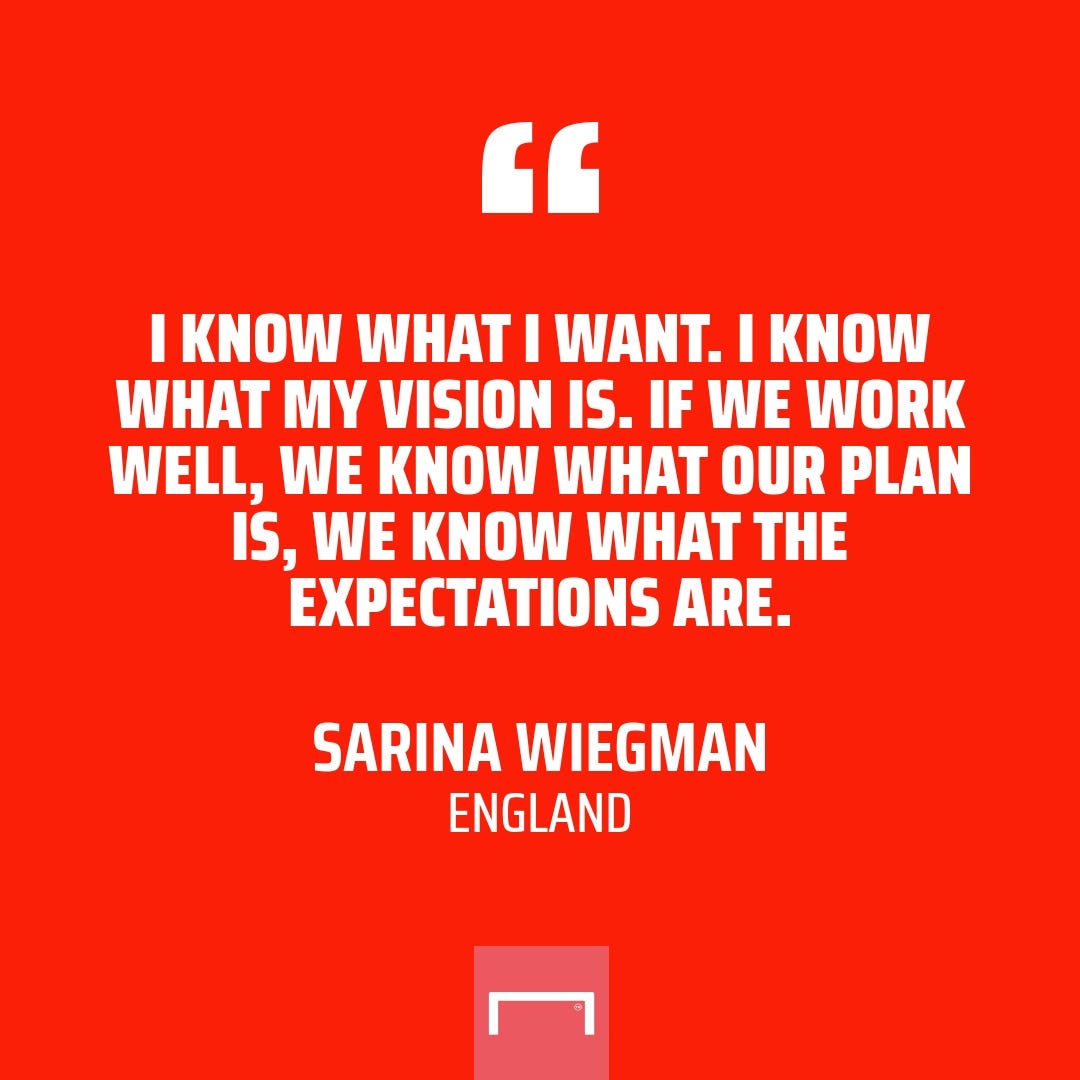 "You have weaknesses to cover because players are really good in a certain part of the game, and some things [they] are not that good [at]. But if they make a difference in the things that they can really do well, then train that too.

“What I also then need to know is what's best for the team at this moment. What fits best in this team, and also related to which opponent we have. When we play the World Cup qualification, we should win. When you play Luxembourg, you should win and you should win with high amounts of goals.

“But when you come into the Euros, there are totally different opponents, which asks different things from us. Then, we probably need to prepare a little differently to, hopefully, bring our strengths and cover our weaknesses, open up their weaknesses and harm them in their weaknesses.

“You have your vision of how you want to play, but you also relate that to the opponent you play against.”

Early signs are that fluidity will be a key part of Wiegman’s plans. During a long first meeting with the media, she discussed the significance of versatile players when it comes to tweaking game-plans and almost dismissed the idea of formations: "It just depends on what happens in the game. You're not going to just stay in your position all the time.” 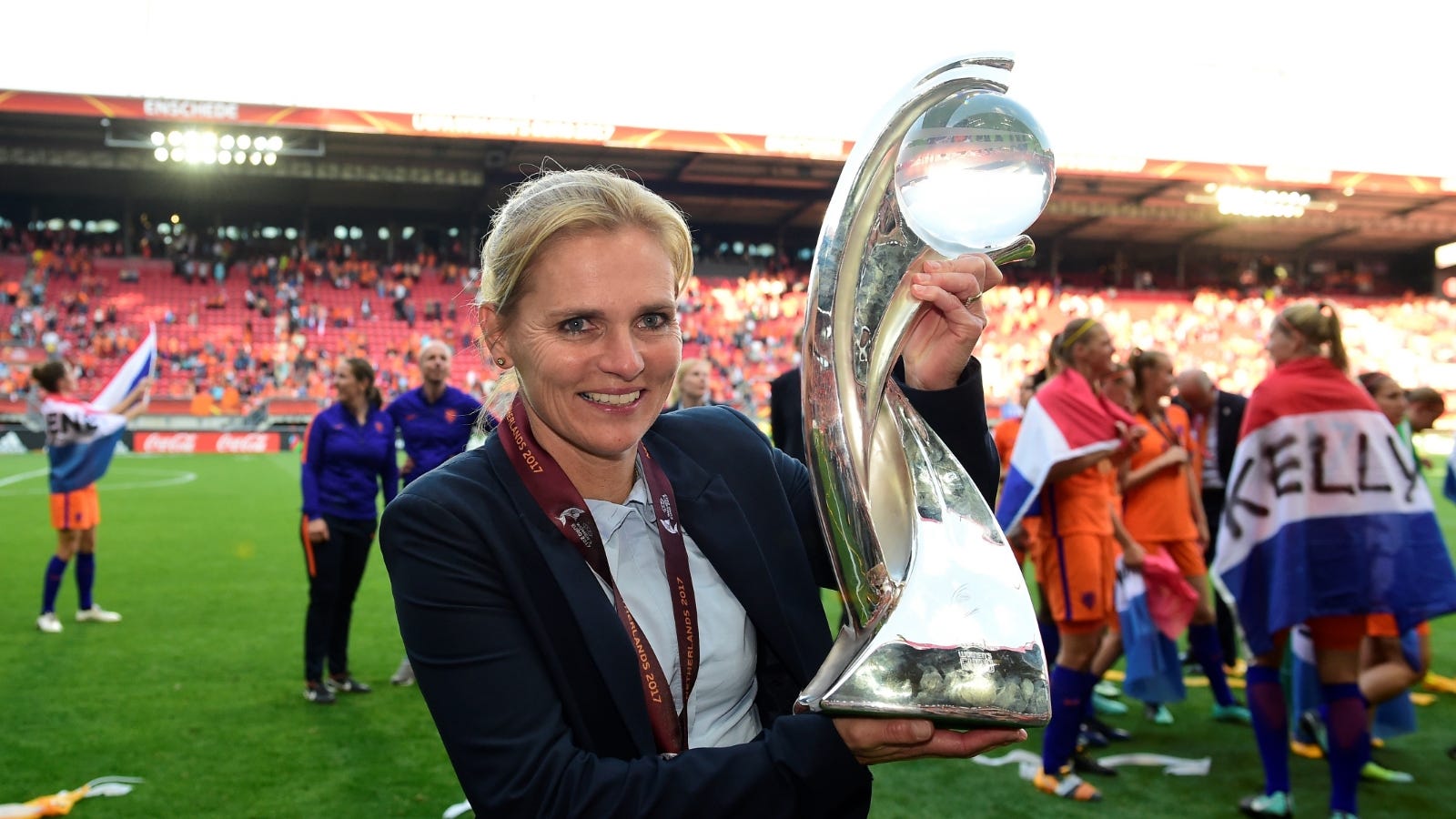 It is these minute details that will be focused on in this first international window of the season, rather than any title credentials, as well as a very important six points.

It was not rare to see Neville’s England struggle to break down resolute minnows. Wiegman will not want to start with that being the case.

“She just seems like she has a way about her which is very calm, but it's focused,” goalkeeper Mary Earps said this week, asked for her first impressions of the new coach.

That sounds like exactly what the FA wants. It is what England need, too, as they pursue their dream of lifting a trophy – a trophy they hope will be thrust aloft on home soil.