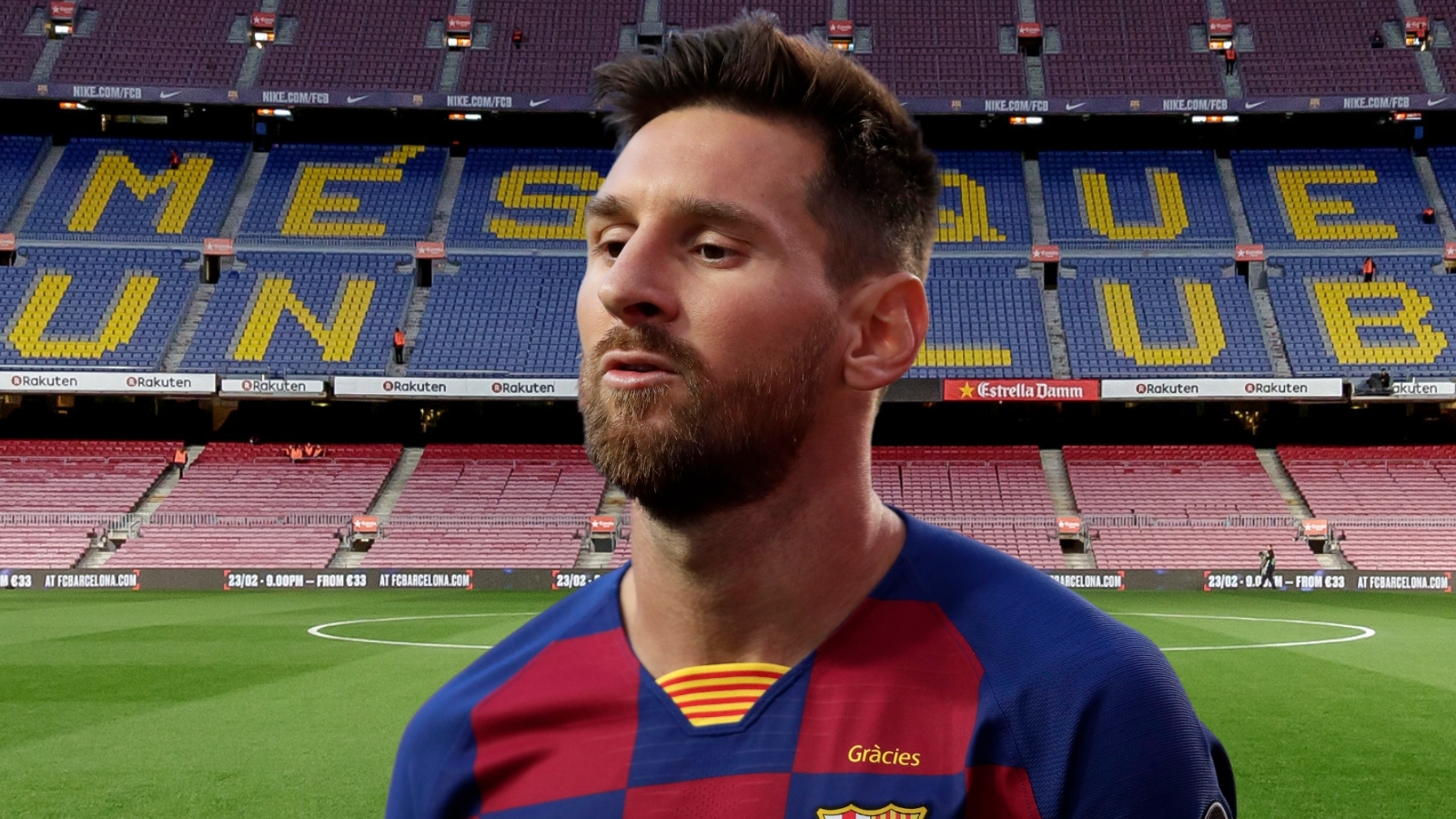 After all, Tebas has previously argued that while Cristiano Ronaldo's move from Real Madrid to Juventus did little to dent the popularity of the Spanish top flight, Messi's departure would be a cause for concern.

"Cristiano's transfer, even though it annoyed Madrid, had almost no impact because La Liga has spent years ensuring that the brand transcends the players," he told RAC1 in June. "But Messi's case is different.

"Messi is the best player in the history of the game. We have been lucky to have him in La Liga for his whole career. I think you would notice Messi's departure – especially if he went to another league."

So, the Argentine's likely defection to Manchester City has come as a most untimely blow for Tebas. It would mean not one top-10 finisher in last year's Ballon d'Or list would be playing in Spain this season.

And if Messi's exit would be a devastating development for the league as a whole, what does that say of the effect it will have on Barcelona and their global appeal?

The Blaugrana, of course, pride themselves on being 'more than a club' but does that still ring true?

It's not just Messi who has been left bitterly disillusioned with the way in which Barcelona has been run by Josep Maria Bartomeu.

The forward's frustration stems primarily from the president's inability to surround him with players of sufficient quality to win the Champions League.

But many fans are just as concerned with the way in which the club's name has been dragged through the mud during Bartomeu's tenure, and that of his predecessor and close confidant, Sandro Rosell.

Over the past decade, there has been a seemingly endless stream of scandals, from the Neymar transfer to 'Barca-gate'.

What's more, whereas the Blaugrana once refused to sully their shirt with sponsors, now they do commercial deals with states accused of human rights abuses and kit manufacturers that rely on child labour in Asian 'sweat-shops'.

Many fans, meanwhile, have never forgiven the club for failing to fully stand by its people during the Catalan independence referendum of 2017.

Essentially, a social institution so closely associated with a fight for freedom has become a slave to big business, as underlined by this summer's desperate swap deal involving Arthur and Miralem Pjanic, which was carried out solely to balance the books.

The Messi affair has only intensified the panic surrounding Barca's economic situation. Losing the best player in the world would be bad enough for business; losing him for nothing, though, would be catastrophic.

Removing Messi from the wage bill would certainly ease some of Barca's financial concerns but it wouldn't provide them with the funds required to adequately revamp an ageing and imbalanced squad.

According to the latest reports coming out of Argentina, the six-time Ballon d'Or winner wants to come to an 'amicable' solution, perhaps with City agreeing some sort of player-plus-cash deal with Barca.

Bartomeu, though, is digging his heels in, adamant that the buy-out clause remains intact.

Even former president Joan Gaspart recently told Marca: "He cannot leave. I've seen the contract and it is very clear. The clause ended in June and there is no going back. He will have to leave in 2021. The club is in charge here – not the player."

But Bartomeu's Barca have quite clearly lost all control of the situation, and it is Messi who is likely to dictate how the current stand-off ends.

At the end of the day, we're living in the era of player power and there is no more powerful player than Lionel Messi.

He may be a reserved character who shies away from controversy but he has grown increasingly enraged by Barca's decline since Neymar's shock departure in 2017 and there's also no denying that the skipper's influence extends well beyond the dressing room at Camp Nou.

That the option to walk away for nothing was inserted in his most recent contract in the first place tells you everything you need to know about the strength of his hand.

It left Barca wide open to such a doomsday scenario yet Bartomeu felt he had no option but to cede to his demands. After all, nobody wants to be the man that let Messi leave Catalunya.

That now looks like an inevitability, though, which is why Bartomeu is doing everything in his power to make this look like Messi's fault, when, in fact, the president is ultimately responsible for this mess.

His mismanagement of the club hasn't just let Messi down, but all of the club's fans. Consequently, Barca now run the risk of losing a significant chunk of those supporters.

There is an old footballing adage that 'no player is bigger than the club' but it's rooted in a bygone age. The modern era is a very different animal.

"They either love the way they play the game or just love the personality, the image..."

And Messi, it is no exaggeration to say, is one of the most beloved people on the planet.

There is no doubt that a Messi-less Barcelona will suddenly become a lot less attractive to sponsors and football tourists (the fair-weather fans who flocked to Camp Nou from all over the world just to see him play).

Of course, if the Blaugrana's rebuild is a success, they will remain one of the biggest draws in football but it's hard to see them suddenly returning to winning ways without their talisman, at least in the short term.

Messi has been Barca's top scorer in all competitions since the treble-winning campaign of 2008-09.

In the club's 120-year history, the Blaugrana have won 94 trophies – more than a third of them (33) arrived during Messi's 16 years as a first-team player.

As far back as 2017, Javier Mascherano was warning Barca about the colossal impact Messi's departure would have on the club.

"Leo is a unique player," the midfielder told the club's official magazine. "We're talking about the best player in history, for this club and for the sport.

"Important people have left Barca in recent years, people that will stay in the club's history, but the team still works, it still wins.

"The club is bigger than any manager, than any player... except Leo. That's the reality, and you have to accept it."

Barcelona won't, of course. But that doesn't mean it's not true. At least not right now.