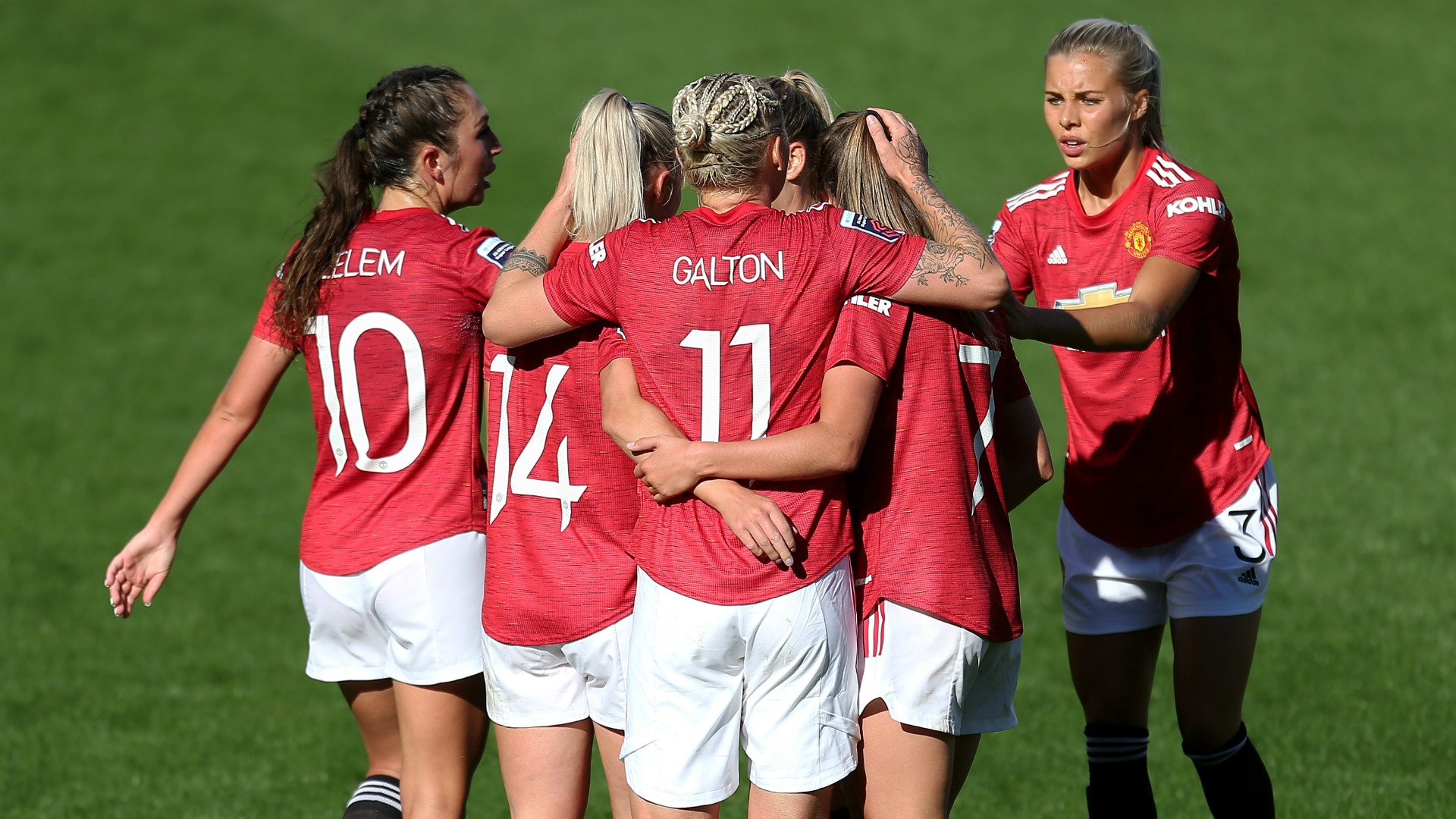 Casey Stoney's side could have what it takes to break into a top three that has consisted of Arsenal, Chelsea and Man City for some time

When Casey Stoney was asked about Manchester United competing for the top three in the Women’s Super League this season, her response summed up just how far the club have come.

“We are in our third season. I do say this quite a lot: is anyone asking the same question to West Ham, who are more into their journey than us, and Tottenham, who are exactly the same position as us?” she said.

“But with the badge comes expectation and I wouldn’t simply show up if I didn’t want that expectation.”

Their opening fixture of the new WSL could not have been more difficult – against reigning champions Chelsea.

But it also could not have offered a better chance for the league to see if United really are ready to compete for those Champions League places, as so many believe they are.

United were often left kicking themselves last season against the big teams, losing 1-0 to Arsenal, Manchester City and Chelsea before the league was suspended due to the Covid-19 pandemic.

While chasing games, those opponents were bringing superstars off the bench. It was depth that Stoney's side just could not compete with in their first season since promotion.

Inexperience would cost the team, too, when it came to the closing moments, with many players in their first ever top-flight campaigns.

It might just be one game in, but there was a different feeling on Sunday.

“I think its belief in the squad, an extra level of belief. Even if we go 1-0 down, we can still win, we don’t have to think we’ll lose the game,” goal-scorer Leah Galton said, explaining the difference from last season after he equaliser cancelled out Sam Kerr's opener for Chelsea.

“At the end you think 'don’t let this happen again, they’ve worked so hard, it would be a sucker-punch if they conceded now',” Stoney added.

There are already signs that Stoney is learning from her first season in the league.

United could not compete with the depth of Chelsea’s squad this weekend. On the bench at Leigh Sports Village, the Blues had Bethany England, scorer of 14 goals in 15 league games last year; Jessie Fleming, the Canada international midfielder with almost 80 caps to her name; Erin Cuthbert, a creative forward who was one of the Blues' key players last season; and Pernille Harder, arguably the best player in the world who signed this week from Wolfsburg.

In comparison, United had four outfield players on their bench. But Stoney knew the situation at hand, and did not use it as an excuse.

“There was a reason I brought Jackie [Groenen] off the bench today rather than starting her,” she explains, with the Dutch midfielder a surprise omission from the XI.

“We knew [Chelsea] would have five ace cards to play and we might not have that, so I needed that energy and ability to press, and she did that incredibly well.”

It is tactical nous that like that has managers around the league crediting Stoney as one of the best around. It is that which has her name linked to England every time the job comes about. Her ability to change a game from the touchline was a massive factor in not only this result, but in why United are being touted for the top three.

The exciting thing about this United team, though, is that there is so much more to come. Forwards Jess Sigsworth and Ivana Fuso, as well as defender Martha Harris, were all out injured on Sunday. New signing Lucy Staniforth was also missing through suspension.

Throw in the reports that deals for U.S. women's national team duo Christen Press and Tobin Heath are done, and this is only a glimpse of what United can do this season.

“I think we can only go up,” Galton smiled. “The first game is the rustiest game. You’re not quite yourself, you’re getting used to it.

“If we can perform like that on opening day, we can go far with this squad.”

As always, Stoney will stay grounded – “it’s the first game, I’m a realist about that” – but she knows that what she is building is very special.

Chelsea were nowhere near their best, but this is a result that gives United a massive boost.

“We knew we wanted to be in the top three,” Galton said. “That shows that we can be.”