Manchester City head coach Gareth Taylor says further conversations will be had regarding the futures of the U.S. women’s national team midfielders Sam Mewis and Rose Lavelle, as the Women’s Super League season comes to a close.

City could lift the title on Sunday, but they need to beat West Ham and hope that Chelsea, two points clear at the top of the table, slip up at home to Reading.

While the team prepare for such a big game, reports have emerged in the United States suggesting that Mewis will be back with the North Carolina Courage when the season ends. Lavelle, meanwhile, saw her NWSL rights traded to OL Reign back in August of last year. Both players signed one-year deals with City last summer, with the option for another year.

Speaking to the press on Friday, Taylor was asked about the future of the two American midfielders, as well as what lies ahead of Jill Scott, the England international on loan at Everton.

“Of course, these guys are going to be, hopefully, really busy in the summer with the Olympics, but at some point, we need to sit and obviously have conversations with many players around next season,” he said.

“Probably one of the findings that I'm coming to grips with in the women's game is that contracts are fairly short. Especially if you're, like we are, in a situation where you're going for the league, where you want to be waiting until the end of the season to have these conversations. I thought last summer when I took the job was a busy summer, but I think this one will be as well.

“At the moment, [Lavelle and Mewis are] similar [to Scott], we need to have further discussions with them. When you're working on short contracts, you have to understand that you're going to have more of these conversations and then it's obviously picking the right moment to do so.

“There's going to be quite a bit of discussion had once the games are out of the way. When I say games, I don't just mean Sunday's game. I think we need to make sure that we look after the return leg, if you like, against West Ham in the FA Cup on May 16.

“There's going to be a lot of speculation about various players between now and the end of the season, like there already has been. We would rather just be able to speak to the players at the right moment and make sure that everything's covered and we make sure we know where people are next season. But, like I say, there's going to be a lot of conversations around that.” 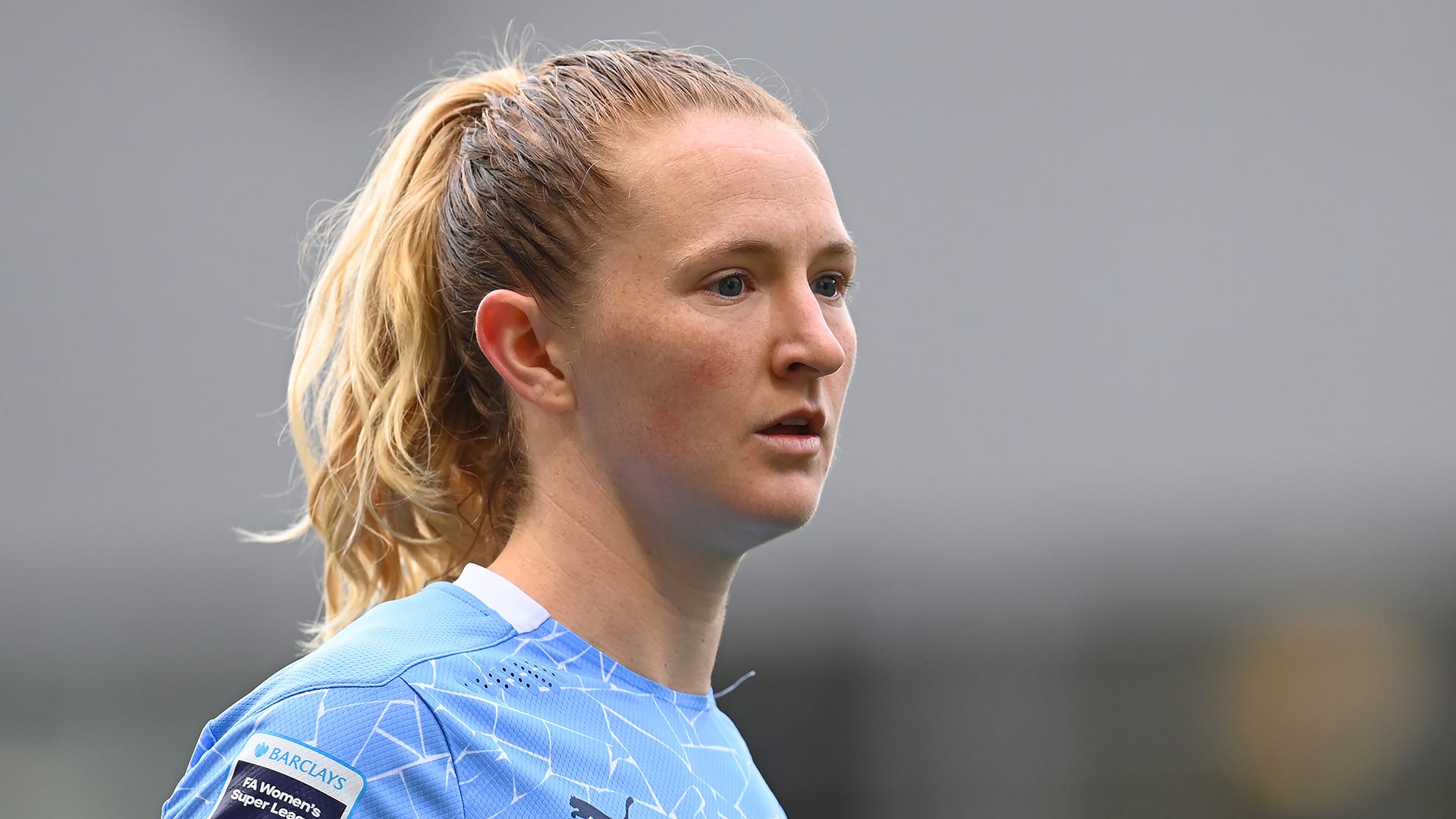 How have Mewis and Lavelle performed this season?

The USWNT duo have had contrasting fortunes in Manchester since moving last summer. Mewis has thrived, particularly in the first half in the season, with a header in the Women’s FA Cup final victory at Wembley a stand-out moment. She’s scored seven goals in the league, providing two assists, in 16 games.

Lavelle, meanwhile, has struggled to find her rhythm, something that has been due to injuries especially. The 25-year-old had her debut delayed until October due to a problem and was again set back with another injury in December, once she had regained fitness.

She has shone in moments, though, particularly in the UEFA Women’s Champions League quarter-final second leg against Barcelona, despite City losing the tie.

What transfer business could City do this summer?

City are currently in discussions with Jamaica international Khadija ‘Bunny’ Shaw, Goal has learned, and are close to completing a deal for the striker, though there are still some details to finalise.

The news this week that Chloe Kelly, the electric winger who has been one of the stars of their season, has suffered an anterior cruciate ligament injury may well mean the club seek out the signing of another forward, too.

If Mewis and Lavelle do leave, it will add a couple of midfielders to Taylor’s shopping list. However, Scott has been performing well on loan at Everton and could well re-establish herself in the team, having been a regular for many years before seemingly falling down the pecking order this season.