For a long time, it looked like Manchester City were going to rue their missed chances in the Women’s FA Cup final.

It has been the story of City’s season so far. Despite boasting a squad with World Cup and Champions League winners, they are seven points off the pace in the Women’s Super League table, having failed to get all of that world-class quality firing at the same time.

If anything can get them into gear, though, it is an FA Cup win.

If this team needs a catalyst to help them fulfil their potential, the euphoria of beating Everton in a dramatic final at Wembley Stadium can be it.

Since the season resumed in September, Gareth Taylor – appointed this summer as City’s new head coach – has been absolutely spoilt for choice for options.

The United States’ World Cup winning duo Sam Mewis - who scored the opener here - and Rose Lavelle, plus Everton sensation Chloe Kelly and Champions League winners Lucy Bronze and Alex Greenwood bolstered a squad that was already top of the table when the Covid-19 pandemic brought the WSL to an early end last year, with Chelsea eventually crowned as champions on points-per-game.

It is understandable that a new coach with a squad full of new players has not hit full form yet.

Dropped points against Brighton on the second weekend of the season followed a scrappy win at newly-promoted Aston Villa a week earlier, with Taylor perhaps struggling to figure out what his best XI was. 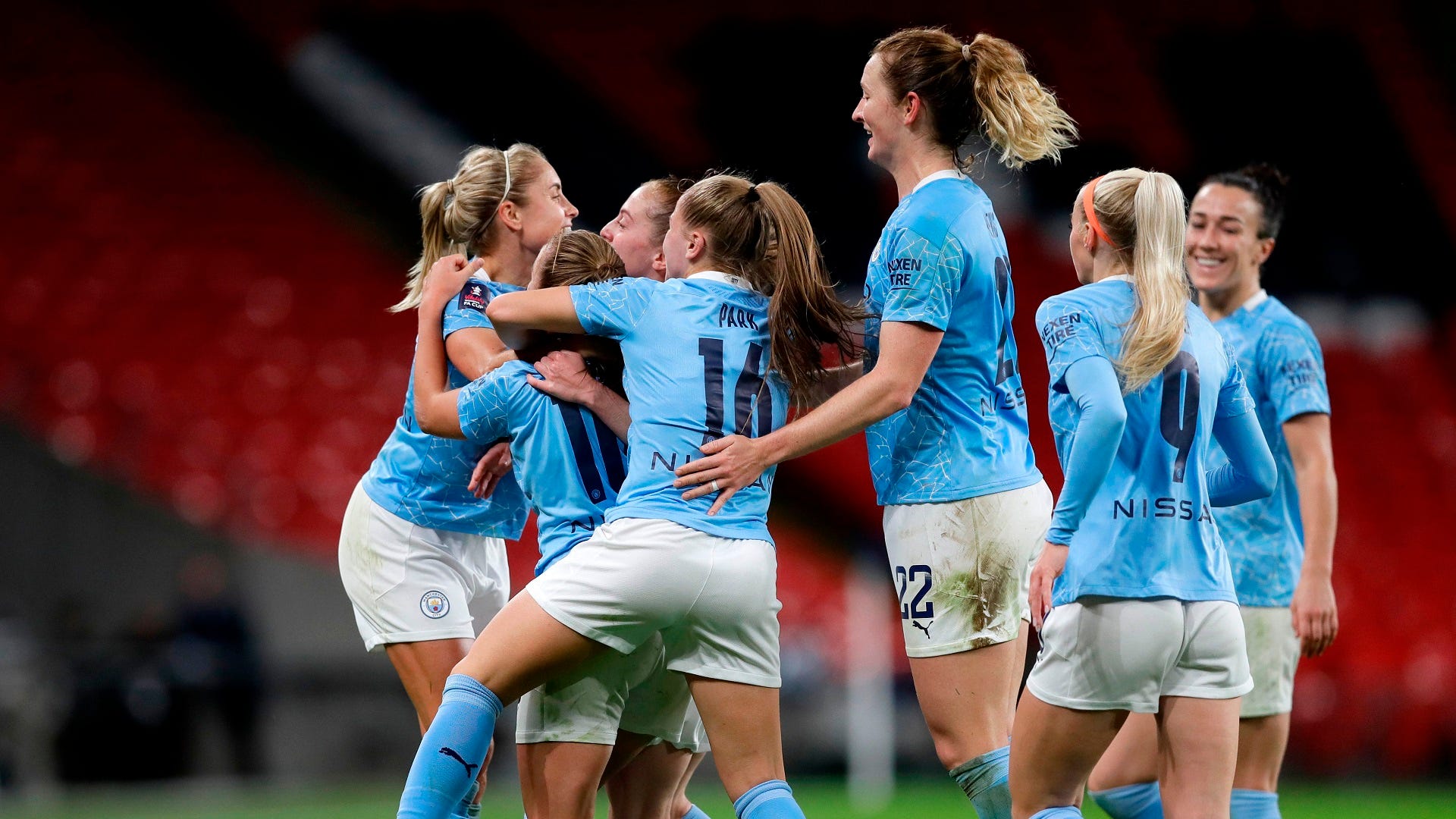 Further dropped points to Reading preceded the international break, raising concerns as they slipped to seven points off the pace.

But City’s last outing in the FA Cup was an example of what they can do when they are at their best, with Mewis, one of those new faces, shining in a semi-final win over giants Arsenal.

“We're not a million miles away from being where we want to be,” Taylor said this week. “I think we've got plenty of time to catch up in terms of picking up a really good run of results. I think other teams will take points off of one another as well.

“I think [winning the FA Cup] will be for me and be confirmation of the good work that we're doing, looking towards the future.

“I can see signs now of us bedding in, obviously it’s new for me, new for the girls as well with a new coach and we’re competing against teams that have that kind of continuity of a manager being in place for a long time, so that can take time.

“The early signs I’ve been really pleased with but there’s lots more work to do.”

Sunday was another example of the fact that Taylor may not know his best team yet.

Eyebrows were raised when Gemma Bonner, one of the most consistent and top performing centre-backs in the WSL, was benched in favour of Alex Greenwood, a left-back, who played in the middle alongside Steph Houghton.

Lavelle, a natural No.10 and one of the best in that position in the world, was shoehorned into a right-wing position, where she struggled to make an impact.

Jess Park beautifully sets up @StanwayGeorgia who gets the vital touch. Will that be the winner?!#WomensFACupFinal pic.twitter.com/3UQRiXebqG

Instead it was Taylor's substitutes who won it for City.

Teenage sensation Jess Park and 21-year-old Georgia Stanway emphasised how much quality is in this squad when they combined in extra-time, the former slipping Stanway in to finish to make it 2-1, before Janine Beckie also came off the bench to make that 3-1 with the last kick off the game.

With City having been constantly thwarted by Everton goalkeeper and Player of the Match Sandy MacIver, as well as their own poor finishing throughout the 90 minutes, it did look for a long time like it would be another day where City promised to hit top gear, but fell short.

Instead, they got over the finish line with a win this time – something they have not done as much as they would have hoped in the league this season.

But this FA Cup win was no fluke. City were dominant and, in the end, victorious.

Nine games into the season and Taylor’s tenure, that will be a huge confidence boost for a team who, when they really do start to click, will be an absolutely incredible force not just in England, but in their ambitions to win the Champions League, too.