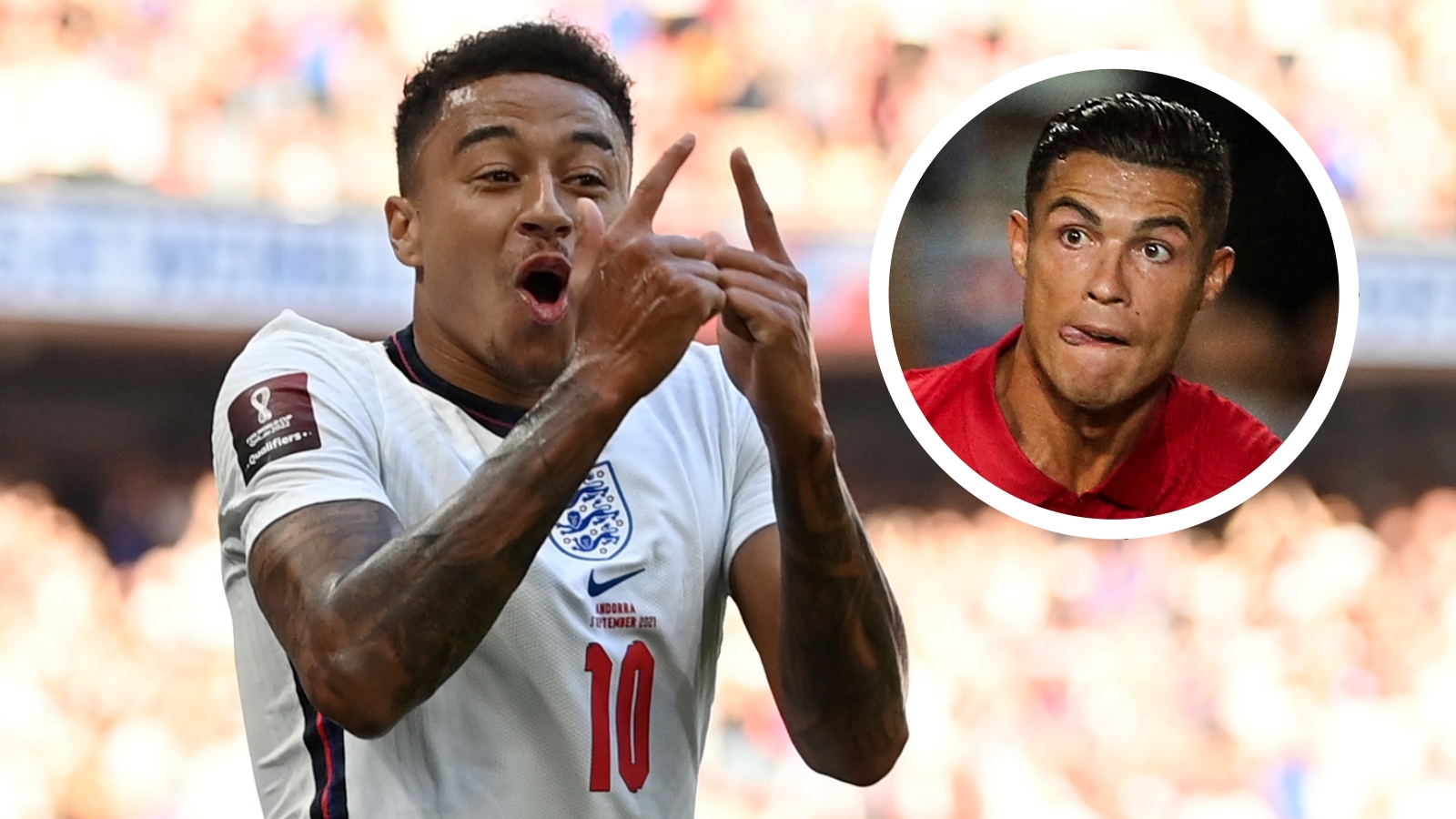 The Red Devils playmaker faces fierce competition for places at club level, but he has continued to impress for his country

Jesse Lingard is being backed to rise to the challenge posed by Cristiano Ronaldo's arrival at Manchester United, with England manager Gareth Southgate confident that a talented 28-year-old can see regular game time at club level.

That has proved to be an issue for a confident character in recent times, with a lack of opportunities for the Red Devils leading to a loan spell at West Ham being taken in last season.

No permanent move was made during the summer transfer window, but Lingard - who netted twice in England's most recent World Cup qualifying outing against Andorra - has seen Portuguese superstar Ronaldo added to the ranks at Old Trafford.

Lingard has taken in just four minutes of Premier League football this season but, after starring for his country, Southgate is convinced that he can earn favour with domestic employers, telling reporters: "That’s a situation that we have had with different players over a long period with England.

"It wasn’t long ago that the numbers of English players in the league was low and we would have to pick players that weren’t regulars in their team or on loan. We picked Mason [Mount] from the Championship so we have had to be creative.

"He has rebounded brilliantly in the last 12 months from a difficult period and he has shown that he has got quality. It is not necessarily the quality of the opponent but it is performing with the quality of players that we have and stand out. That shows his level of quality.

"I know that I have had criticism for including him in squads but he is just a player that always plays well for us. He is always a threat on goal with bright link play. When we ask him to start wide, we know he will come in and do the give-and-gos.

"He has really good intelligence and works hard without the ball and presses well.

"[Against Andorra] I thought he was the brightest spark, particularly in the first half as it was the type of game where those players who can manipulate the ball between the lines would shine more than others."

Will Lingard get games for Man Utd?

Lingard's only outing for United this season came as a late substitute in a 1-1 draw with Southampton on August 22.

He has since taken in 96 minutes of action for England, in back-to-back 4-0 victories over Hungary and Andorra, and will be hoping to figure again in a meeting with Poland on Wednesday.

A return to Manchester will be made on the back of that fixture, with the Red Devils counting down the days to a home date with Newcastle on Saturday that could see Ronaldo make his second debut for the club.

Lingard will be pushing hard for minutes there, but he is facing fierce competition for places.