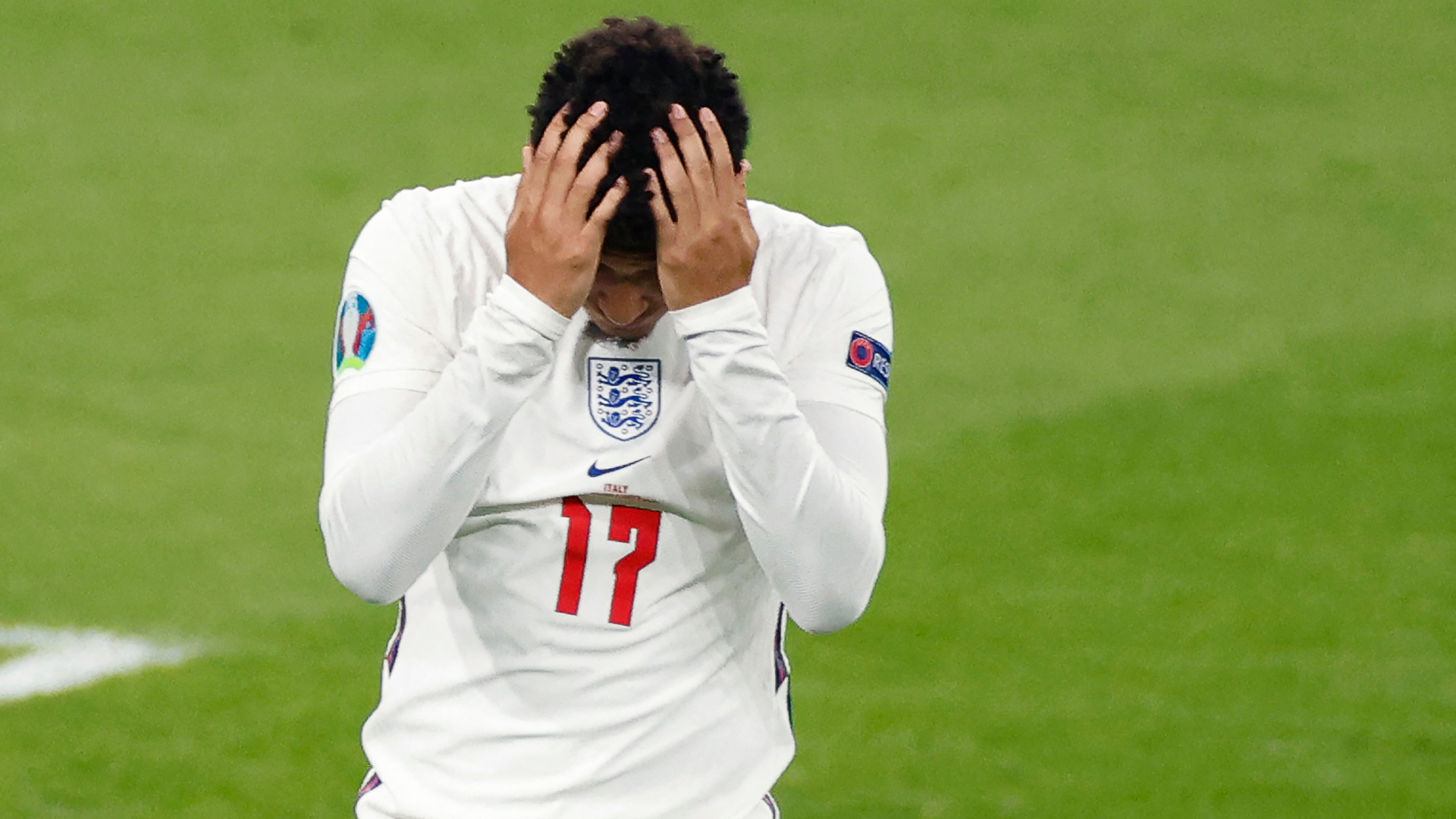 A summer signing at Old Trafford will play no part in his country's upcoming World Cup qualifiers, but only has a "minor knock"

Jadon Sancho has been released from the England squad ahead of their World Cup qualifiers against Andorra and Poland, but Manchester United have been assured that the winger is only suffering with a "minor knock".

A summer signing at Old Trafford has been ruled out of Gareth Southgate's plans for upcoming fixtures on the road to Qatar 2022.

He is, however, expected to be ready to resume domestic action with the Red Devils when they return to Premier League competition with a home date against Newcastle on September 11.

"The forward picked up a minor knock in training earlier this week which ruled him out of the 4-0 victory in Hungary.

"Following further assessment, the 21-year-old has returned to his club and is expected to recover in time for Manchester United’s fixture with Newcastle United on Saturday 11 September.

"Gareth Southgate now has a 23-man squad at his disposal for Sunday’s match against Andorra at Wembley Stadium (5pm kick-off)."

How many caps does Sancho have for England?

A talented 21-year-old will be disappointed to have been forced out of the Three Lions fold as he looks to add to an ever-growing collection of senior caps.

He has figured for England on 22 occasions so far, with three goals recorded across those outings.

Sancho was unable to play any part in a 4-0 victory over Hungary on Thursday, with the decision now taken to remove him from the squad completely.

That should give others an opportunity to impress against Andorra and Poland, with Southgate expected to shuffle his pack.

United will, however, be pleased to learn that a player they have invested £73 million ($101m) worth of faith in should be raring to go by the time they play host to Newcastle in a contest that could see Cristiano Ronaldo make his second debut for the club.