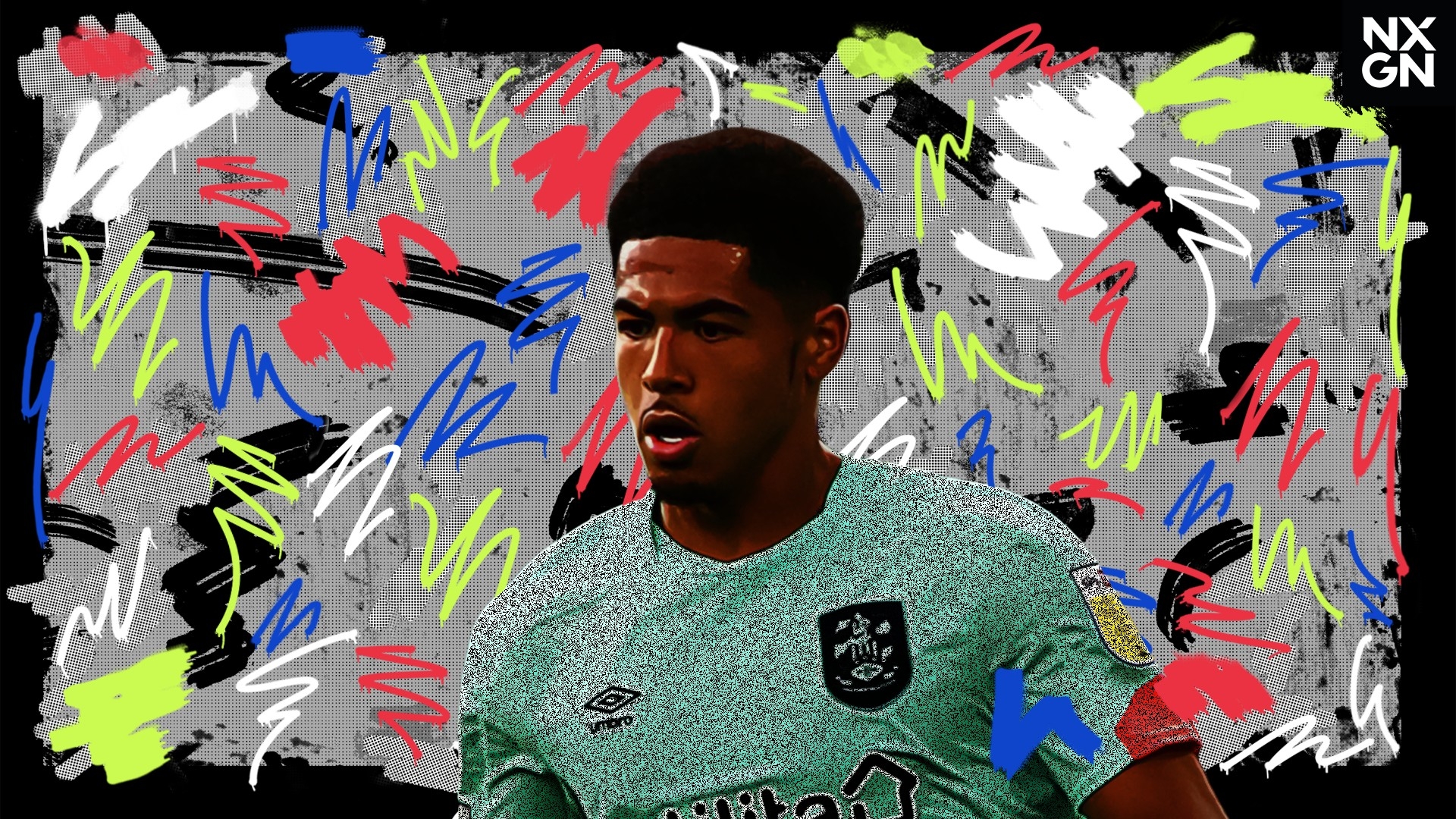 The 18-year-old centre-back, who grew up alongside the Bayern Munich wonderkid, has impressed in his first weeks at Huddersfield Town

Ten years ago in Southampton, two eight-year-olds could be found playing football together, likely unable to imagine the paths they would each walk over the next decade.

One of those youngsters was Jamal Musiala, the former Chelsea academy star who has gone onto break countless records for both Bayern Munich and Germany over the past 18 months.

The other was Levi Colwill, who while not having broken through at the highest level as yet, is regarded as one of the top young defensive talents in English football.

Colwill and Musiala moved from their homes on the south coast to Chelsea together, and the former is now spending his first year playing senior football on loan at Huddersfield Town.

He has impressed in West Yorkshire, too, with the centre-back's early-season performances earning him a maiden call-up to the England Under-21s squad for their game against Kosovo on Tuesday.

"Yes, he was definitely one of my best friends," Colwill says of Musiala, with whom he shares a birthday, when speaking to Goal. "We played for the same Sunday team [City Central FC], and we went up together for our Chelsea trial. We have just done everything together.

"We keep in touch still now and he is a good mate. It is amazing to see what he has achieved so far. It gives me goosebumps every time because I have been through everything he has been through, all that grind.

"To see what he has done now is inspiring and it shows me what is possible. If I keep working hard, I know I can achieve what he's done."

Though Colwill has not hit the same heights as Musiala as yet, there is no doubt that the teenager is ahead of the curve when it comes to his own development.

Few 18-year-olds are trusted to start regularly at the heart of defences in the Championship, but Colwill has not missed a minute of the Terriers' first five league games of the campaign.

It is not just in defence that he has made an impact, either, with his 94th-minute winner against Sheffield United on August 21 sending the travelling Huddersfield fans into rapture as Colwill celebrated his first professional goal.

Clearly the trust that is being shown in him by manager Carlos Corberan - who previously worked under Marcelo Bielsa at Leeds United - as well as having the chance to train under Thomas Tuchel at Chelsea before his move was agreed has played a big part in his positive start to the campaign.

"It (training under Tuchel) definitely gave me confidence," Colwill admits. "It showed that Chelsea trust me, and being with the first team helped me ahead of coming to Huddersfield.

"Along with completing the loan move early in the window, it helped me to settle down and be comfortable quicker, which has shown on the pitch with me and my team-mates trusting each other so much.

"On the pitch, how we play and the intensity on the pitch is so different to academy football. It took me a few weeks to get used to it and I am still learning.

"The manager Carlos Corberan made a brave choice because, as an 18-year-old coming to the Championship at centre-half from Chelsea, it may have led to everyone asking questions, saying: 'Is he just getting the chance because he came from a big club?'

"I needed to prove myself, but for him to trust me and bring me in, all I can say is thank you for trusting me. To have played so many games so far at the start of the season, I just thank him again."

On his winner at Bramall Lane, he adds: "To have scored that goal was the best feeling I have ever had in my life. Everyone was celebrating, smiling and being so happy. I was just blessed."

Fans and team-mates have been delighted with his form on the pitch thus far, with central defensive partner Naby Sarr saying in a recent press conference that "Colwill looks like he's been playing professionally for 10 years already, and he's only 18!

"He has everything to play for, he'll be a big player."

Comfortable in possession while strong both in the tackle and in the air, Colwill has it all to excel as a modern centre-back, while he has also earned the respect of his peers with his respectful character and work-rate.

He has also showcased the leadership abilities that have seen some Chelsea fans lable him 'the new John Terry', though it is one of Terry's former England team-mates who he idolised during those days playing alongside Musiala in Southampton.

"Growing up, it was always Steven Gerrard who I loved seeing and how he used to lead," he reveals. "I was amazed by him and I used to have his pictures up in my room.

"I always used to copy him before training or even in matches. I would dress in the same boots as him.

"I looked up to him. I wasn't a central midfielder, but I wanted his mentality."

Colwill is certainly well on the way to emulating Gerrard and Terry in representing the Three Lions somewhere down the line, though for now he remains focused on joining the group of Chelsea youngsters who have impressed at the John Smith's Stadium.

Izzy Brown and Kasey Palmer both played key roles in Huddersfield's promotion to the Premier League in 2017, while Trevoh Chalobah also enjoyed a successful loan spell with the Terriers in 2019-20.

Now it is Colwill's turn, and the early signs are promising as he aims to join his childhood friend at the top of the world game.

"If I keep working hard," he concludes, "I know I can achieve what he's [Musiala's] done."