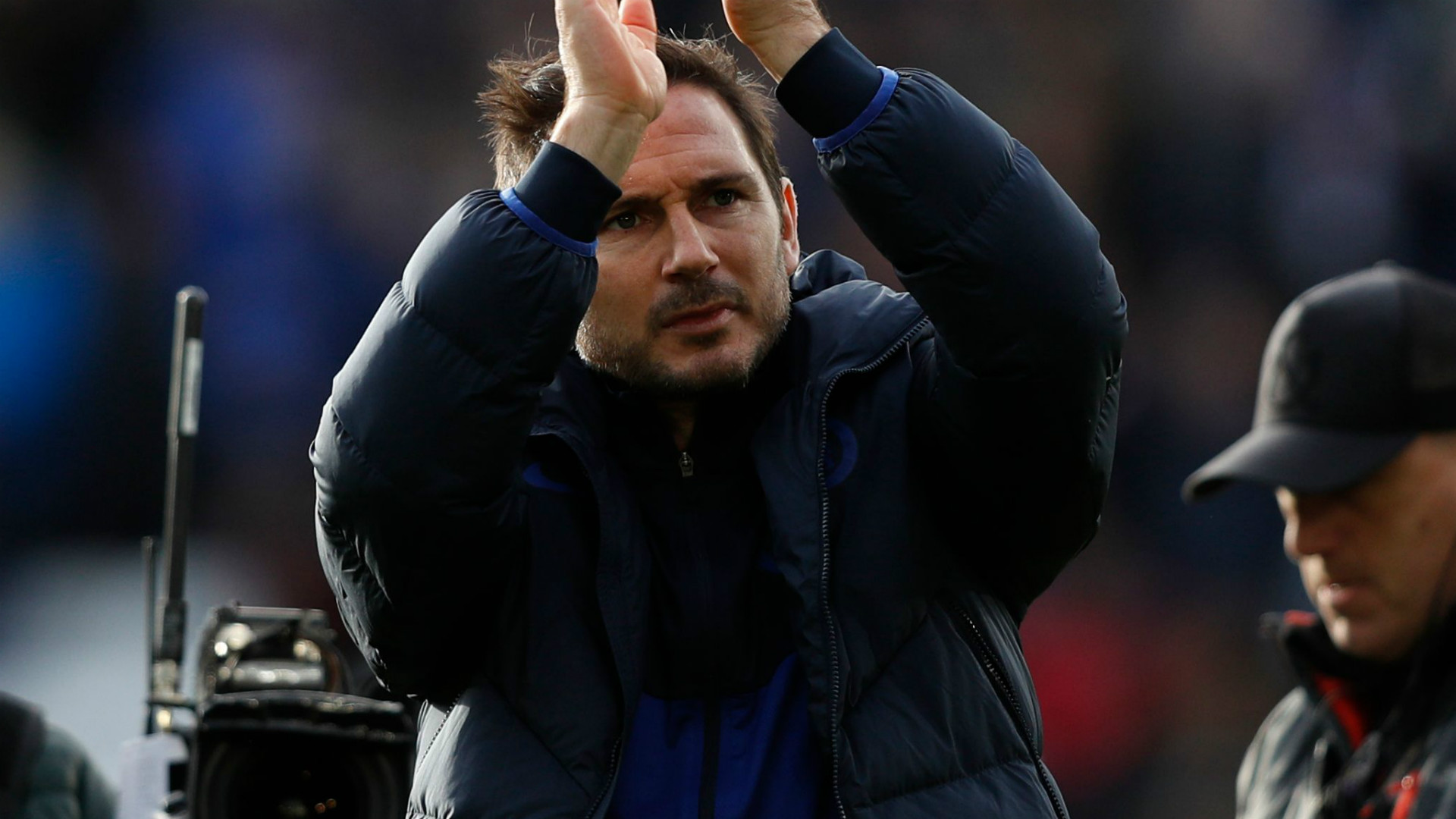 The Blues go into the spring with young talents like Tammy Abraham, Reece James and Mason Mount leading the charge for Champions League qualification

In the space of a little over 12 hours, we got a fair idea of how the rest of Frank Lampard's first season as Chelsea manager was going to work out.

Despite battling to get their FIFA-imposed transfer ban lifted, the January transfer window shut on Friday night with Chelsea having done no business. They tried to sign a striker and ultimately passed up on the chance to bring in former Newcastle star Salomon Rondon, who now plays in China for Dalian Yifang.

He went onto pick his starting line-up just 12 hours later for the crucial Premier League game at Leicester City, where the headline news was that Lampard dropped his No.1 goalkeeper, Kepa Arrizabalaga, following a run of poor form in recent weeks. Willy Caballero stepped in to become the oldest Premier League player of the season, but that is not a call-up that is likely to be replicated any time soon.

Tammy Abraham, Mason Mount and Reece James continue to take prominent roles and that should not get glossed over. The three academy prospects were picked for a game with huge ramifications in terms of Champions League qualification; as an illustration, when Leicester went 2-1 up midway through the second half, the live Premier League table showed them 11 points clear of the Blues in fourth.

Chelsea managed to equalise on a day where both teams might have felt that a 2-2 draw was fair. It also showed that both clubs may have just enough to stay ahead of their rivals for a top-four finish, with Tottenham, Manchester United and Wolves lacking the right consistency to really push them.

Still, it also emphasised the future direction Lampard is taking. He will trust in youth, and those three in particular will not be overly concerned that the club have not signed anyone. More than that, Lampard pushed Abraham to play with painkilling injections for his ankle, such is his importance to the team.

Abraham said he would have liked to steal Cavani's secrets if the two had ended up as team-mates, though he will get more minutes on the pitch now with matches against Manchester United, Tottenham and Bayern Munich on the horizon.

Midfielder Mount summed up the feelings among the youngsters that transfer business is of little concern ahead of his side going away for their winter break.

"I think that it was like that from the beginning [having the trust in youth]," Mount told reporters at the King Power Stadium.

"Obviously, with the two-window ban, we thought it would be two windows where we couldn't buy any players and that we had to step up as young players and have an effect on games to be big players for the team.

"We knew that from the beginning of the season. That changed in January but that didn't change our focus and goal on what we want to do throughout the season.

"[Transfers] is not something we look at. We focus on what we have and the game ahead. None of the players really look at that unless a player comes in. Then make them feel welcome as they come into the team. Our focus is fully on the game ahead and how we can perform."

After starting against Leicester, the 21-year-old attacking midfielder can boast of having played in 35 of Chelsea's 36 matches this season. He has also featured in each of England's games since the season started.

There have been signs lately though that he is tiring and in need of a break, with some sections of the Blues' fan base increasingly getting on his back. Mount will be pleased for the 16 days off that Chelsea will enjoy between matches, and spoke of his relief to get two assists for Antonio Rudiger's headers against the Foxes with so much pressure on him to create those decisive moments.

"Yes, I think you are always trying to focus on having an effect on a game," Mount added. "Making an impact, trying to get goals and get assists. For me to get two was something I was pleased with. Two for Rudi as well so we have that connection there.

"He is always telling me to put good balls into the box and this is the game that it worked in and paid off. He got on the end of the two balls so I am pleased with that. The main thing is that we ended up having a point. Now we look back and see where we did go wrong and where we have done well."

Lampard could drop Abraham, Mount and James for the more experienced Olivier Giroud, Ross Barkley and Emerson Palmieri but he chooses not to. The club could have signed players but they instead delivered a self-imposed ban.

Therefore, the Chelsea youngsters can reflect on the unique opportunity they have been gifted and how they make the most of it. They are under pressure to deliver and keep raising performances to get that top-four finish.

Champions League football could be the first step to bridging the gap to champions-elect Liverpool, with a hefty revenue boost to be gained from qualification. The club have pinned their hopes on their homegrown talents for six more months and it is time to deliver.