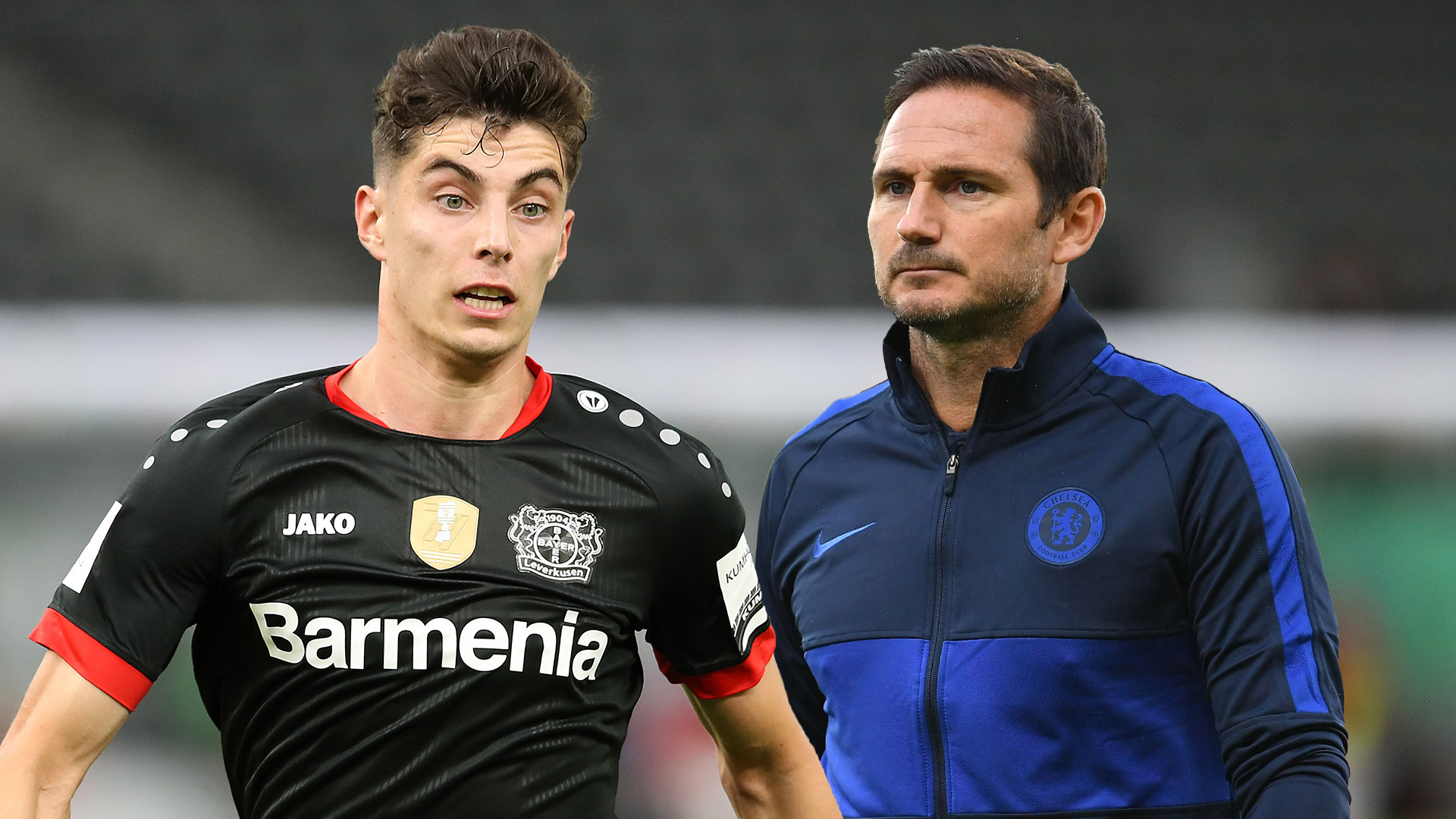 Chelsea is the ideal next destination for Kai Havertz, according to Michael Ballack, who says Frank Lampard will help the Bayer Leverkusen star develop even further.

Goal reported last month that Chelsea had entered into negotiations with Leverkusen over a possible €76 million (£69m/$90m) deal for Havertz, who is expected to leave Bay Arena this summer.

However, Leverkusen are holding out for a figure closer to €100m (£90m/$118m), and sporting director Rudi Voller has promised that there will be no "Covid discount" for the midfielder.

Havertz's final appearance of the campaign came during a 2-1 Europa League quarter-final defeat to Inter on Monday, during which he scored to take his tally for the season to 18 goals in all competitions.

The 21-year-old is keen on a move to Stamford Bridge, and fellow Germany international Antonio Rudiger fueled speculation over an imminent move when asked to weigh in on his colleague's future in July.

"He is a great talent and he had a very good season. He is also very young and we will see what happens," said the Chelsea defender.

Havertz has even been favourably compared to former Blues playmaker Ballack, who won the Premier League and two FA Cups during his time in west London.

The Germany legend, who also enjoyed a spell at Leverkusen in the early stages of his career, believes Havertz would be able to reach the next level under the stewardship of Lampard.

Ballack told Bild of the influence his old team-mate could have on the young forward at Chelsea: "I firmly believe that Lampard would be 100 per cent behind Havertz.

"He likes players who are very dangerous in front of goal and there aren’t many of those.

"Havertz is a player that Lampard would help further develop, not least because he himself was a midfielder with an eye for goal, who was always moving into dangerous areas, looking to finish off a chance."

The Blues have already signed another of the Bundesliga's most promising young talents in Timo Werner, who completed a £47.5 million ($62m) move to Stamford Bridge in June, and they have been tipped to challenge for the title if Havertz follows his compatriot to England in the coming weeks.