Facing off with a nearly full-strength El Tri, the U.S. youngsters somehow pulled off the impossible for a second trophy of the summer

The kids did it.

This wasn't supposed be the ending for the U.S. men's national team. This Gold Cup run was about "gathering information", about developing the next generation. Winning, in some ways, was initially secondary to learning.

But the U.S. managed both. Weakened roster? Inexperienced players? No matter. The Stars and Stripes are officially kings of CONCACAF these days.

If that wasn't clear after the U.S. A-Team took down a full-strength Mexico in June in the Nations League, it is now after a USMNT team loaded with second-string veterans and up-and-coming stars took down what was nearly a full-strength El Tri. Thanks to a last gasp goal after a hard-fought 120 minutes, the USMNT's youngsters reigned supreme once again.

This team played without Christian Pulisic, Weston McKennie and Gio Reyna. But it did have Miles Robinson, whose incredible 117th-minute winner in the second half of stoppage time has etched him in to USMNT lore forever. It had Kellyn Acosta, whose Man of the Match-worthy performance was N'Golo Kante-esque.

It had Matt Turner, Matthew Hoppe, Gyasi Zardes, George Bello and plenty of others that led the way in what may just be the USMNT's most incredible Gold Cup run yet.

Kudos to head coach Gregg Berhalter, who believed the kids were ready to go toe-to-toe with the best El Tri had to offer. And kudos to those players for proving him right and proving that the U.S. player pool is deeper and more talented than ever before.

What a night this was in Las Vegas, even if several of those on the field are too young to embrace Sin City. What a performance, what a moment. 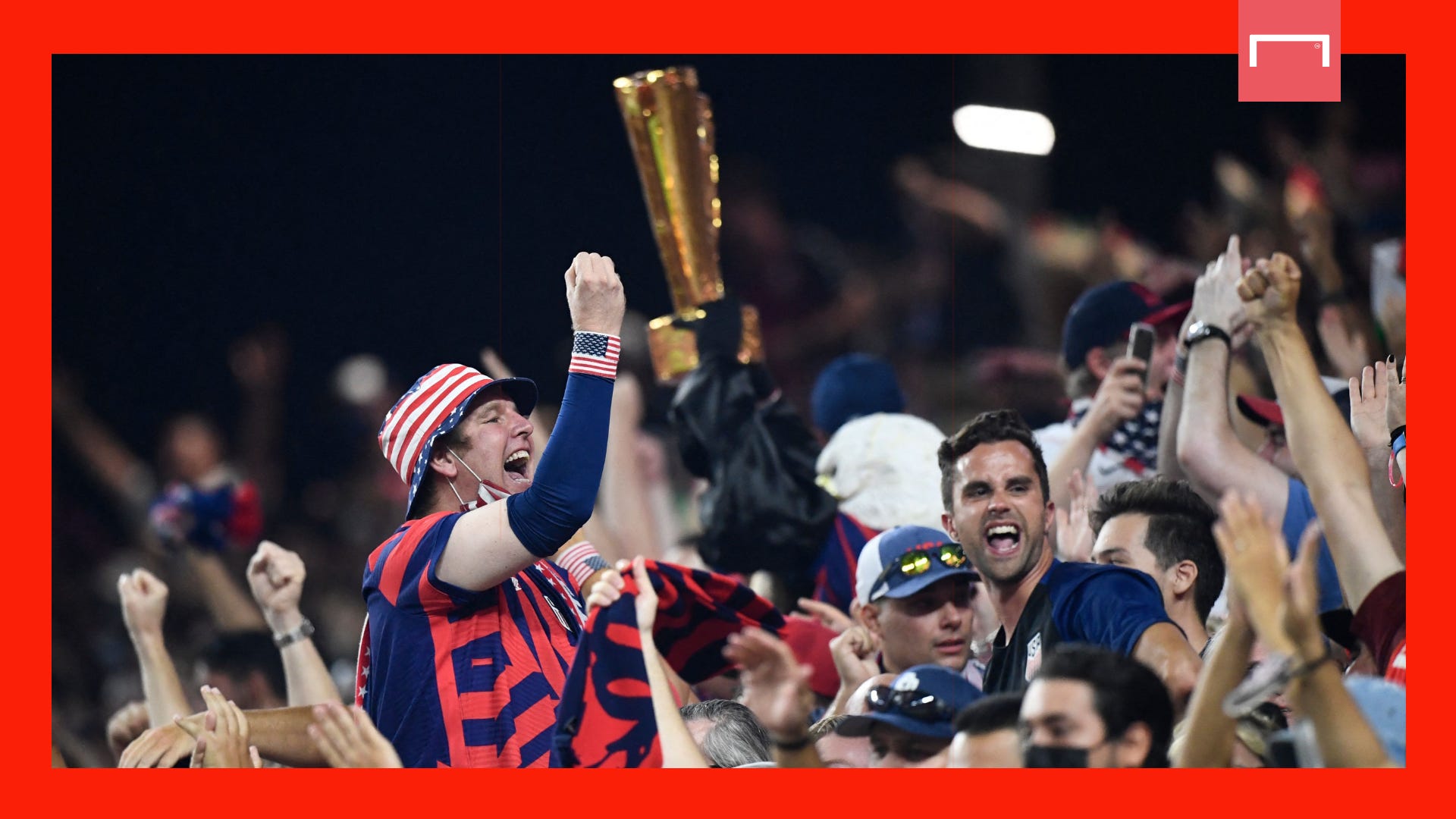 Sunday night's clash between the U.S. and Mexico was very different than their Nations League finale in June.

It didn't quite half the same spice, the same physicality, the same chaos. It didn't start with the fireworks of an early goal or the unpredictability of several team-wide brawls.

The U.S. will thank Robinson for that as the Atlanta United defender's 117th-minute goal proved all they needed. An incredible ball in from Acosta was met with an even better header from Robinson. That was the moment that defined this game and this tournament for a USMNT that just didn't quite understand what it was going up agianst.

They escaped several games by the skin of their teeth this summer, and Mexico was supposed to be a bridge too far. But they battled on and, even if they hadn't come out victorious, they still would have proven they were every bit Mexico's equal.

As the game wore on, it became clear that this game would be there for the taking for both teams. The two sides traded chance after chance with neither team able to turn that chance into the game-changing goal.

Paul Arriola was on the end of several of those chances, with his first caroming off the post in the 26th minute. He had an even better opportunity in the 74th minute, when his shot from inside two yards was miraculously saved by Alfredo Talavera.

Not to be outdone, Mexico had plenty of looks of their own, with USMNT goalkeeper Matt Turner foiling many of them with another star performance.

Missed chances aside, Sunday's game, by and large, went to plan for both managers. Gerardo 'Tata' Martino's side kept a vast majority of the possession and generally controlled the game. Berhalter's USMNT team, however, went for the rope-a-dope, saying strong defensively while trying to take advantage of a shaky Mexico back line. 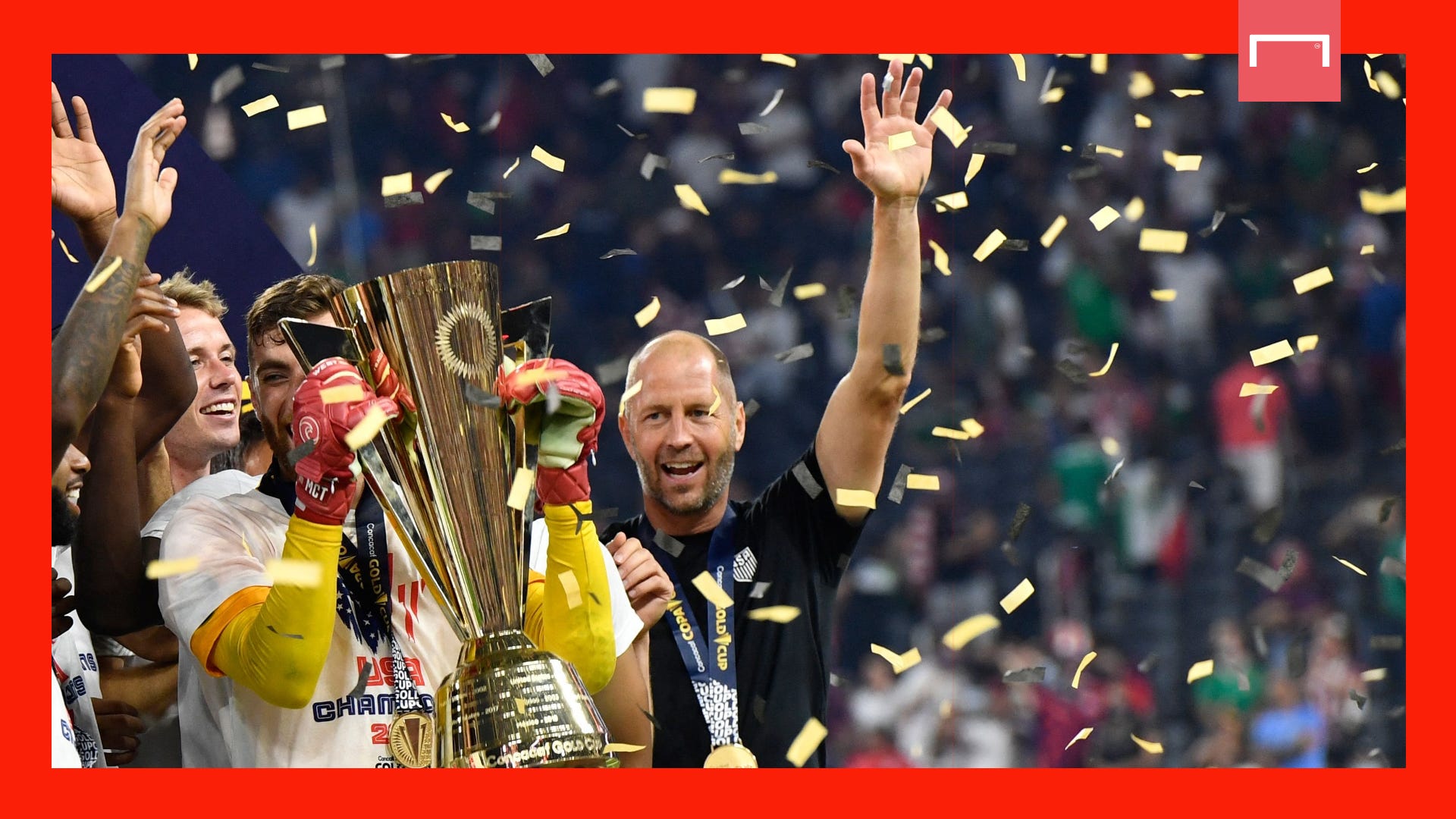 That gives Berhalter's USMNT program a second signature moment in a matter of months. It gives these young players another building block going forward and it gives everyone involved with this program even more confidence heading into World Cup qualifying.

It's been several years since the USMNT had a moment like this. From the depths of that night in Trinidad and Tobago to the highs and lows of the rebuild that followed, it's been too long since the U.S. has had reason to feel this good.

It was another feel-good night for the Kings of CONCACAF. And, if this night was any indication, it may just be the first of many.