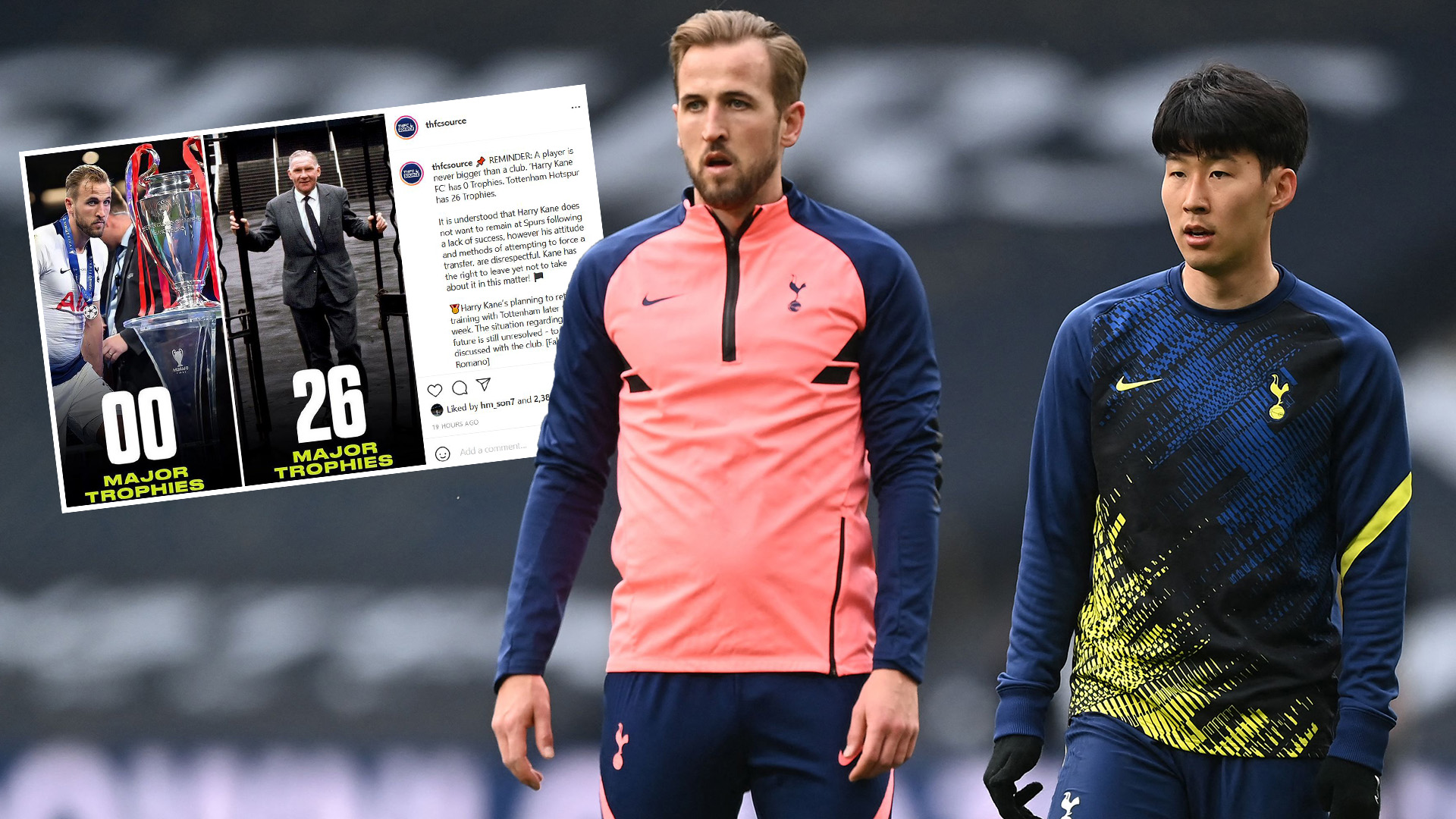 Heung-Min Son has 'liked' an Instagram post calling out Harry Kane after his failure to report for Tottenham training.

Kane is due back at Spurs' training ground for pre-season tests this week, having been on holiday since helping England reach the final of Euro 2020.

However, the 28-year-old has yet to return to the club, fuelling rumours of an impending big-money move to Manchester City to leave supporters fearing that their star man could be on his way out.

A Tottenham fan account on Instagram has posted a photo of Kane next to Bill Nicholson, Spurs' most successful manager ever, which points out that the striker has yet to win a single trophy with the club.

The post states: "A player is never bigger than a club. ‘Harry Kane FC’ has 0 Trophies. Tottenham Hotspur has 26 Trophies."

Further down the text, there is also a reference to the report that Kane is not expected back at Spurs until later in the week, with it suggested that his future has yet to be discussed.

Kane still has three years left to run on his current contract at Spurs but, as confirmed by Goal, he expressed his desire to leave the club back in May.

Tottenham finished seventh in the Premier League last season and extended their trophyless run to 13 years, with Kane having been open about his ambitions to win silverware in the peak years of his career.

Goal can confirm that Manchester City are willing to bid £100 million ($139m) for the England international but formal talks between the two clubs have yet to begin.