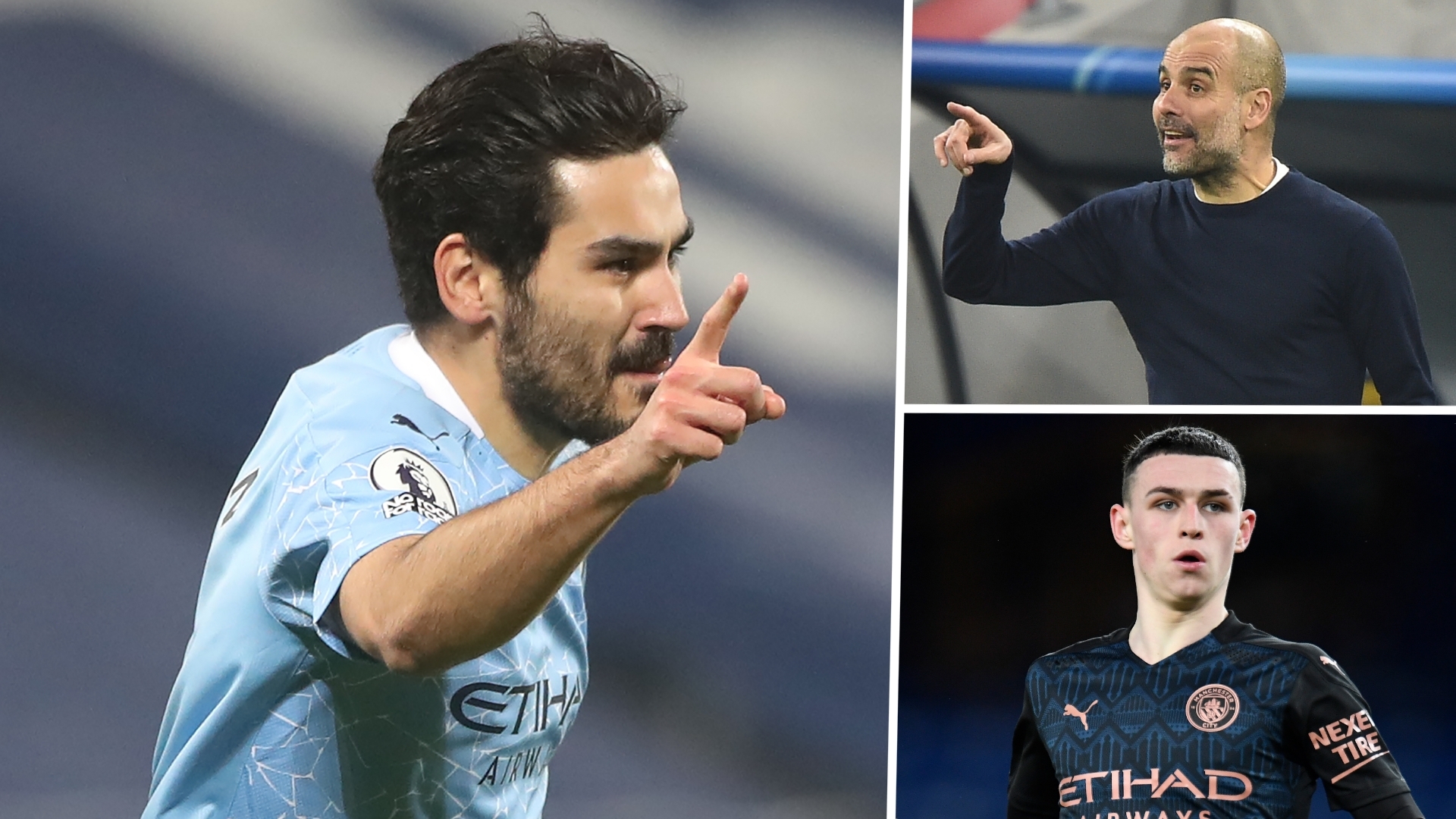 After taking their winning streak to 20 matches with a hard-earned 2-1 victory over West Ham in the Premier League on Saturday, Pep Guardiola said Manchester City’s current run may be their greatest achievement.

Whether that is true or not is up for debate but the Catalan has nonetheless transformed the club during his five-year reign.

In his first title-winning season alone City set new Premier League records for most points (100), most goals (106), most wins (32), biggest title-winning margin (19), and most consecutive wins (18).

Individually, each is impressive, but together show how remarkable that ‘Centurions’ season of 2017-18 really was.

However, there is something monumental about their recent run of victories when it is set against the backdrop of the Covid-19 pandemic and all the problems it entails.

Just 19 days ago, City set a new record with a 15th straight win in all competitions, a benchmark no other English top-flight side had previously managed.

Since then, they have won another five matches. With the next three games at home, they could potentially overtake Real Madrid’s run of 22 wins and equal Bayern Munich’s 23. Those are the records held by clubs from the rest of the ‘Big Five’ leagues.

“To have 20 wins in this period, I think this could be the greatest achievement we have done,” Guardiola said after the West Ham victory.

“It doesn’t mean we have won the title of course, but in winter time in England, every three days a game, Covid-19 situation, injuries... winning, winning, winning shows strength, mentally.”

To do it in such a challenging environment makes it hugely special.

They have done it with no fans in the ground to eke out that extra ounce of energy, they have had no opportunity to socialise and build team spirit, no contact with the outside world. Players are isolated from their families and friends - many in different countries with no hope of a flying visit.

City also suffered a Covid-19 outbreak which saw their game against Everton postponed as well as their training facilities closed.

Even Guardiola’s coaching and preparations have been impacted by the schedule due to the late start to the season and tough rules restricting team meetings to keep everyone safe.

Despite the fixture list, which sees City play twice a week between now and the end of the season, they remain in contention for an unprecedented quadruple.

“The world has changed, the pandemic situation, the protocols, the way we live, the way we train, the way we travel, the hotels, the people cannot travel from London to Manchester for example,” he said ahead of Tuesday’s clash with Wolves.

But the mammoth run has also been a huge squad effort - where every player has made a contribution.

There are superstars in Guardiola’s side - Kevin De Bruyne and Sergio Aguero remain among the best players in the world in their positions - but the streak has not been achieved on the back of those individuals.

De Bruyne and Aguero have missed a substantial amount of the last 20 games yet their absence has not been keenly felt and Guardiola has had the ability to rotate with little impact on the quality of team performances.

Ilkay Gundogan, Phil Foden, Bernardo Silva, Raheem Sterling and Gabriel Jesus have all contributed their own match-winning performances. Similarly, John Stones, Ruben Dias, Aymeric Laporte, Joao Cancelo, Kyle Walker and Oleksandr Zinchenko have stepped in and out of the side to help make City the meanest defence in the Premier League.

“It's important that everyone is fit and everyone will continue. Every player has to play good to have the opportunity.”

Despite the extraordinary run, the City boss is quick to point out that the real achievements are measured in silverware and, so far, there are no trophies secured.

If they win their next three Premier League matches over the next 10 days - against Wolves, Manchester United and Southampton - a third title in four years would seem almost certain.

Such a substantial lead at the top of the table could potentially allow the focus to be concentrated on the Champions League last-16 second leg against Borussia Monchengladbach and FA Cup quarter-final at Everton before the international break.

But Guardiola will not look that far ahead or allow his players' attention to let up for a second.

“We know each other quite well and they know how demanding I am,” he said. “We’ve had three sunny days in Manchester but we do not relax for one second.

“Tomorrow is an incredibly tough game and next Sunday against United. We saw yesterday against Chelsea how strong they are. There are still a lot of nice things to play for.”

City’s 20-match winning run is a supreme accomplishment that has helped set them up for the incredible challenge of winning the quadruple. Pull that off and it really would be Guardiola's greatest achievement.