Guro Reiten: The selfless superstar at the heart of Chelsea's victorious WSL season 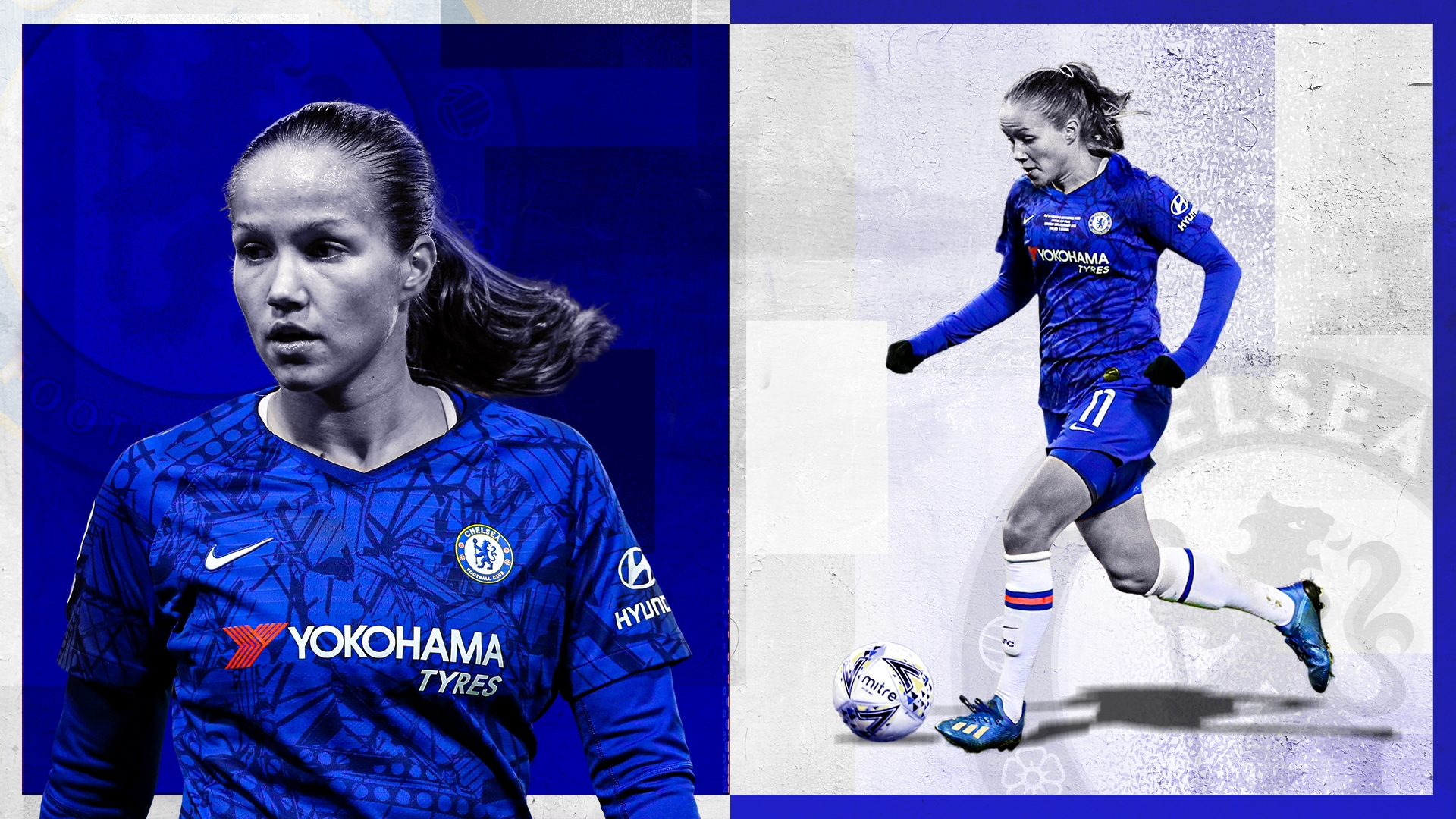 After helping her team secure the WSL title without tasting defeat, the Blues' new No.11 has been crowned Goal's Player of the Season

When Guro Reiten joined Chelsea, Emma Hayes made a bold statement, describing the new signing as “one of the most talented creative players in the world”.

In truth, most fans of the Women’s Super League probably hadn’t heard of the playmaker, who had spent all of her career up until that point in her native Norway.

However, 12 months on, Reiten is now a Continental Cup champion and a league title-winner – after the season was ended early due to the coronavirus pandemic

In short, Hayes has been proven right.

The stats alone show just how well Reiten has performed over the past year. She finished joint-top of the assist charts, with eight in 15 games, while she also netted five times herself, meaning, at Chelsea, she was only out-scored by Beth England.

In addition, nobody created more chances in the WSL this season than the 25-year-old, but what the stats don’t show are all the extra things that made her Goal’s Player of the Year.

It was the neat flicks in Chelsea’s build-up play; the off-the-ball movement that dragged defenders away from her team-mates and gave them the space to score goals; the tackles she made in the final third to win the ball back and put the opposition under serious pressure.

Moreover, it was Reiten’s hard-working, selfless attitude, which allowed her to settle into Hayes’ team with relative ease – despite her having to adapt to a new country, a new culture and a new league.

“I’ve not had much time, but if we give it a bit of time, I think I’m going to improve as a player here at Chelsea,” she said after making her debut in September, in a 1-0 win over Tottenham at Stamford Bridge.

She wasn’t wrong. With each subsequent outing, Reiten found new ways to impress.

Of course, the Norway international is blessed with world-class team-mates. With the movement of players like England and Sam Kerr, as well as the attacking system Chelsea play in, it’s natural that a player with Reiten's creative flair is going to rack up assists.

But what was particularly impressive was how quickly she has developed an understanding with those team-mates. The through balls and the inch-perfect crosses were all executed as if she had been playing with this team for years.

“I usually need time to find my place, new team-mates, a new style, and things like that, but it has gone very well,” she said earlier this month. “I feel like I have delivered and helped my team as well as I could.”

Indeed, Reiten always comes up with the goods, helping Chelsea to an unbeaten, and unprecedented, title-winning season.

When Hayes’ side found themselves a goal down to lowly-Liverpool in December, it was the Norwegian’s pinpoint cross that allowed England to head home an equaliser.

When they visited Arsenal in January for a huge game in the title race, she produced another perfect delivery for Kerr to head home, before adding a header of her own in a 4-1 rout.

And when they were struggling to break down Birmingham in a gritty midweek fixture in February, it was Reiten’s lovely footwork in a crowded box, followed by her composed finish, that broke the deadlock.

As well as those moments of such huge importance, there have been moments of huge quality, with her first-time lob against Reading in the New Year a stand-out moment.

But the most exciting aspect of Reiten’s successful first season in the WSL is that there is clearly still so much more to come.

“She is growing in stature and I don’t think anyone who knows her as a player will think it’s a surprise,” Hayes said earlier this season.

“I think she is a top talent. She is a consistent performer and we have to be patient with her because she is still adapting to English football.”

The 25-year-old was the Toppserien's top-scorer for three seasons running before leaving for Chelsea, netting 51 goals in 53 league games for former club Lillestrom.

She may not be the focal point of the attack with the Blues, but those goal-scoring instincts are sure to come to the fore as time goes on. Reiten herself has admitted after several games this year that she’d have expected herself to have netted two or three more times.

Her first season, though, was remarkable.

While the goals of England and the signing of Kerr grabbed the headlines, the nimble Norwegian was the unsung hero, pulling all the strings in Chelsea’s historic title triumph.