The Three Lions captain saw his spot-kick saved by Kasper Schmeichel, but slotted home the rebound to secure a 2-1 win over Denmark

Harry Kane believes England's luck may finally be turning at Euro 2020, with the Three Lions skipper admitting "for once it fell our way" as he fired Gareth Southgate's side to a first major international final since 1966.

The Tottenham striker, who has been putting speculation regarding his club future to one side, netted the winning goal in a thrilling semi-final showdown with Denmark that required extra-time in order to separate the two sides.

Kane saw a late penalty saved by Kasper Schmeichel in that contest, but the ball broke kindly for him and a rebound was slotted home to spark wild scenes of celebration at Wembley and across the country.

Reacting to his good fortune from the spot and another memorable summer for English football, Kane told ITV Sport: "For once it fell our way today.

"Credit to the boys - what a performance. After going 1-0 down we responded really well and controlled the game, and dug deep in extra time.

"Obviously it wasn’t the penalty I wanted to execute, it went lower than I thought, and it was just a bonus to see it bounce back and to pop it home.

"It’s the first time in our history as a nation, getting through to the European final at Wembley, and it’s one of the proudest moments in my life, for sure. 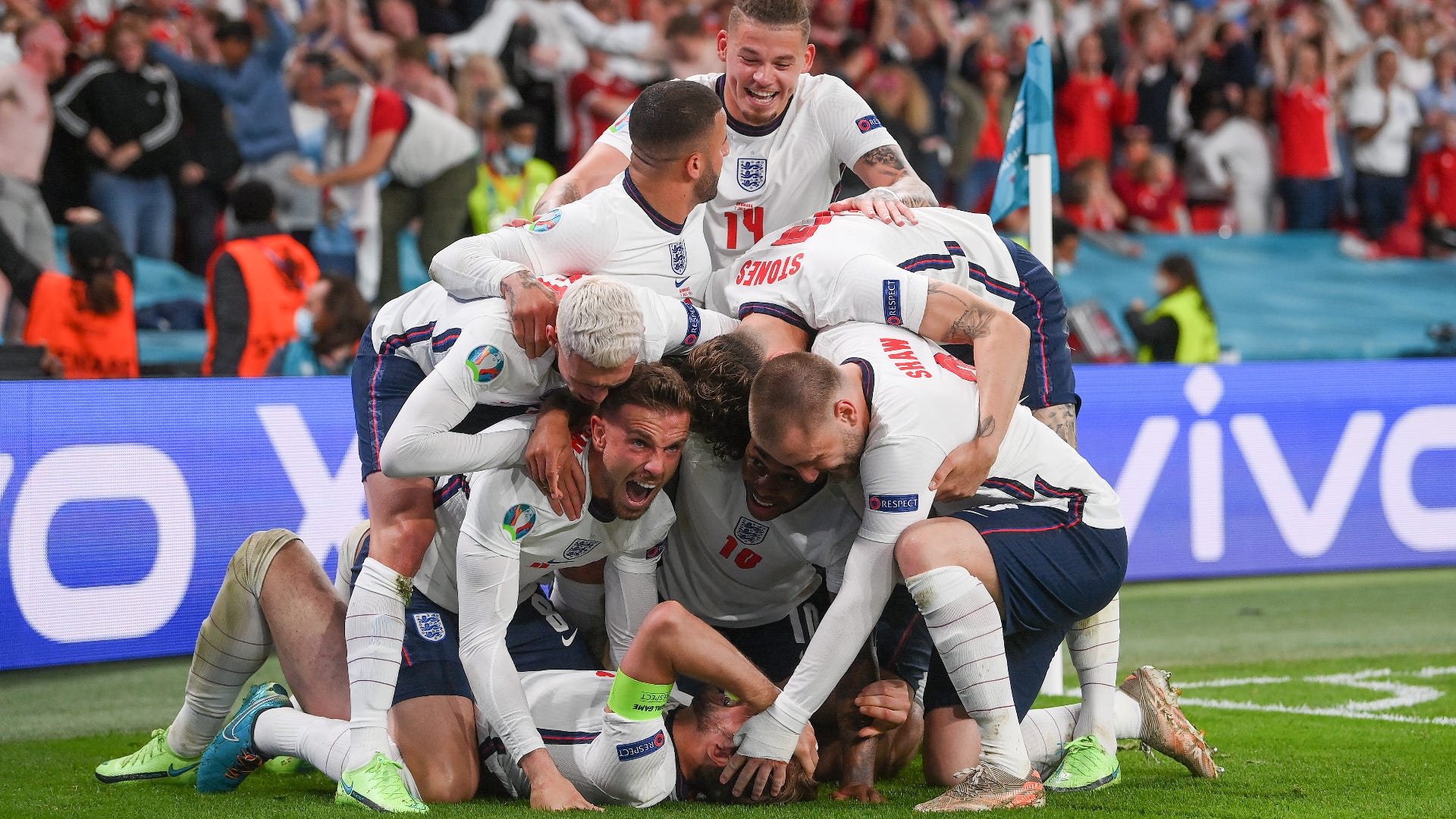 England are now readying themselves for a final showdown with Italy on Sunday.

They will be back at Wembley for that fixture, with long-awaited success being chased down on home soil.

Kane will once again be crucial to their chances of claiming the ultimate prize, with the 27-year-old rediscovering his touch in front of goal.

Having opened Euro 2020 with three goalless outings at the group stage, the Spurs star has found the target in three successive knockout clashes.

His duck was broken in the last-16 against Germany, before then bagging a brace in a quarter-final rout of Ukraine and a priceless effort in the last four against Denmark.

He remains in the hunt for another Golden Boot as a result, having landed that prize at the 2018 World Cup, and is now England's joint-leading scorer at international tournaments with 10 efforts to his name - the same return as Gary Lineker.