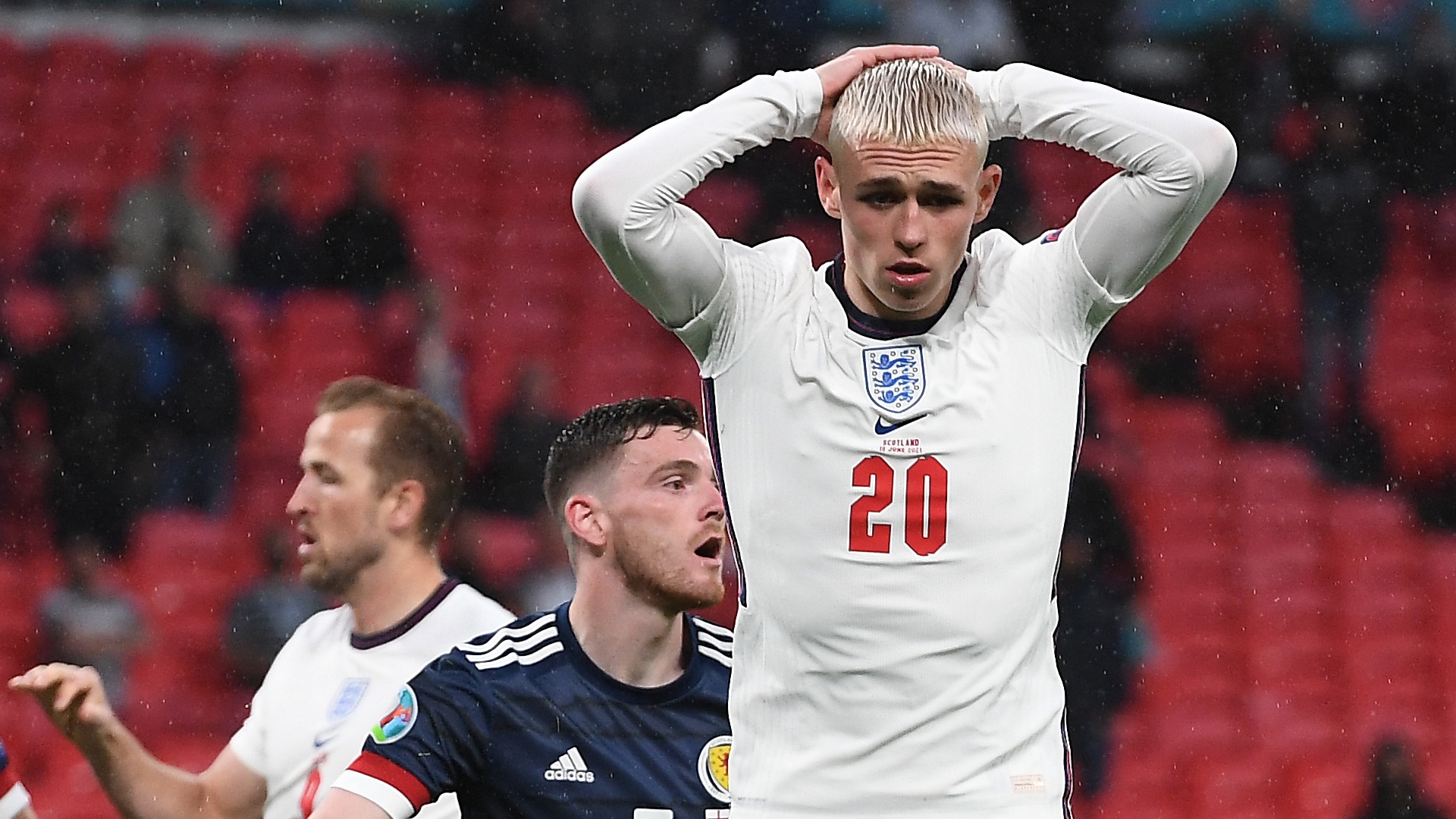 Phil Foden's performances at international level have been adversely affected by his style of play at Manchester City according to Wayne Rooney, who insists that the England star "is not a dribbler".

Foden has started both of England's group games at Euro 2020 so far, impressing in the 1-0 victory against Croatia before a more subdued display during their 0-0 draw with Scotland on Friday.

Rooney thinks the 21-year-old is struggling to adapt his game for the Three Lions after growing accustomed to a possession-based system under Pep Guardiola at Etihad Stadium, and would prefer to see Jack Grealish or Jadon Sancho in Gareth Southgate's line-up ahead of him.

England's all-time record goalscorer told The Times: "I love Foden as a footballer but you have to realise that, for four years and more, he has been moulded into a City player.

"Pep Guardiola did not let him go on loan, or experience a different style of football - his whole adult career has been spent playing the Guardiola/City way.

"It is hard for him to turn up and just change how he has been playing since the age of 16. City play in the final third. They keep possession there. Foden is not a dribbler but a player who plays nice little passes and moves into good positions.

"At City, the movement of players around him enables it. City will play quick five-yard passes before a little movement - not a big one - will free Foden up and he has licence to go into the spaces and play as a No 9, at times, or No 10 at others.

"Whereas with England he is a bit isolated out wide and when he receives the ball, the possession is slow and there is little happening around him. That means he then has to dribble - and if you are playing in such a way that, from your wide players, dribbling is what is required, then why not play Grealish and Jadon Sancho, two of the best at doing it."

Foden has been compared to Paul Gascoigne due to a combination of his mercurial performances in a Man City shirt and striking new blonde haircut that harks back to the England legend's look at Euro 96.

The playmaker came into the European Championships fresh from being named the PFA Young Player of the Year, but after being substituted for Grealish in the second half of the Three Lions' stalemate with Scotland, his place in the team could now come under threat.

Southgate will have a selection dilemma on his hands when his side faces Czech Republic at Wembley on Tuesday, where they must avoid defeat to make sure of progression through to the knockout stages.