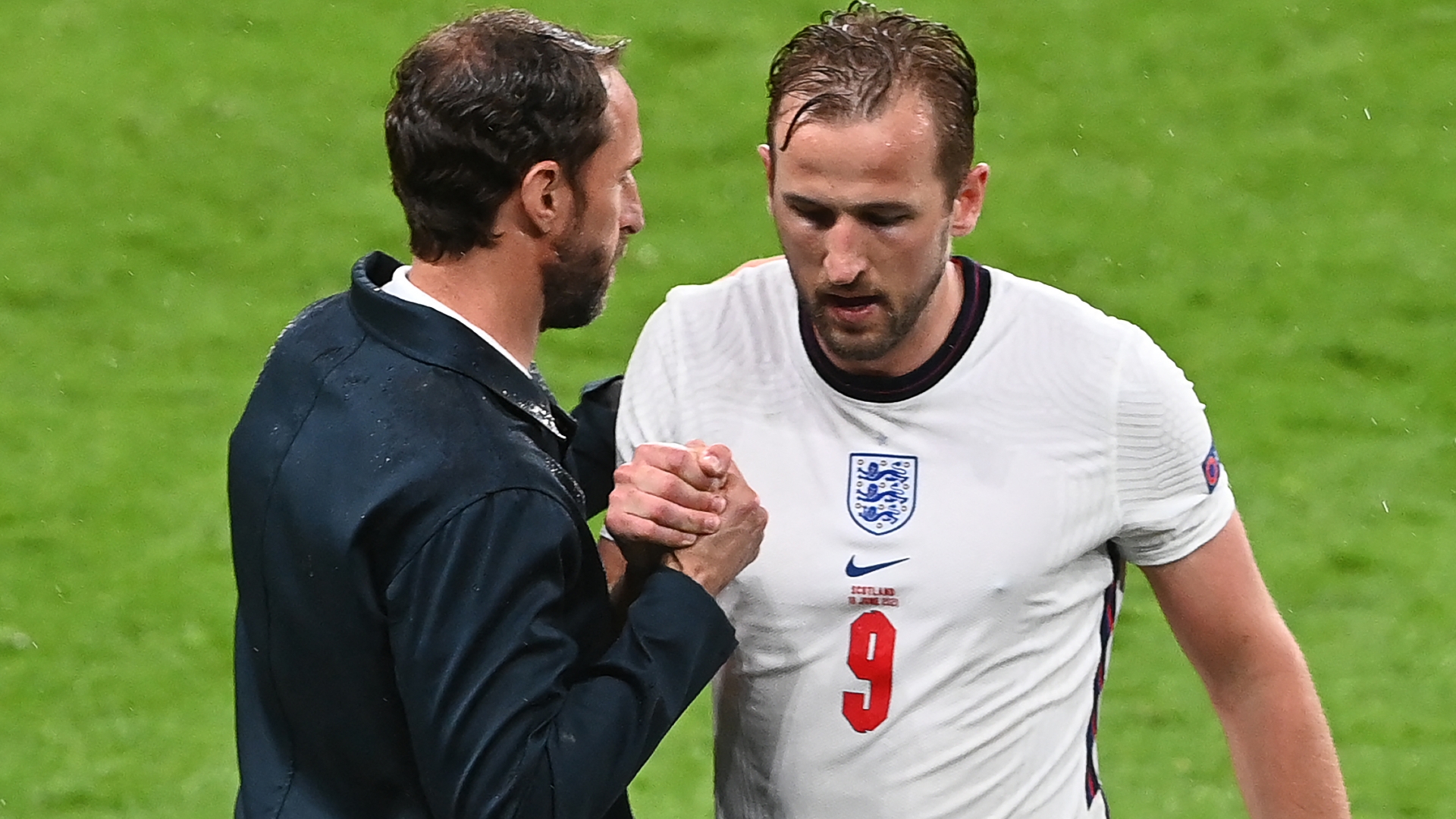 Kane was withdrawn in the 74th minute of a scoreless draw with Scotland on Friday, a move Southgate admitted was highly unusual after he also took the forward off in the 82nd minute of England's tournament-opening win over Croatia.

The prolific Tottenham star has drawn some criticism for his two goal-less performances to begin Euro 2020, though England have still managed four points from the matches.

"Gareth is within his rights to make the changes he thinks are best for the team," Kane said. "What we’ve learned over past tournaments is about trying to peak at the right time.

"The best time to be peaking is in the knockout stages and hopefully kick on from there."

On taking Kane off, Southgate added: "It’s important you have a bench but of course it’s always difficult when it’s your captain [being subbed] because he is a player we’ve never had to take off in the past and at the club you leave him on in any circumstance."

What else did Kane say?

The 27-year-old insisted he was fit after suffering from an ankle problem during the season, claiming that he is feeling the best he has in a long time.

"No, no, no. I didn’t have any [injury] issues," Kane said. "I didn’t feel physically I wasn’t up to it. I felt going into those games as good as I’ve felt all season."

Kane also dismissed the criticism coming in his direction, saying that going two games without a goal isn't unusual even for a striker as prolific as he is.

"Many times I’ve gone two games without scoring in my career," he said. "In tournament football, it gets highlighted a lot more and there’s a lot of talk about it.

"I’m not someone who gets too high or too low. I know the chances will come with the players we have got. And when they do I will be more than capable of putting them away."

What's next for England?

The Three Lions will face the Czech Republic on Tuesday in their Group D finale at Wembley Stadium.

England and the Czechs are currently level atop the group with four points apiece after two games.